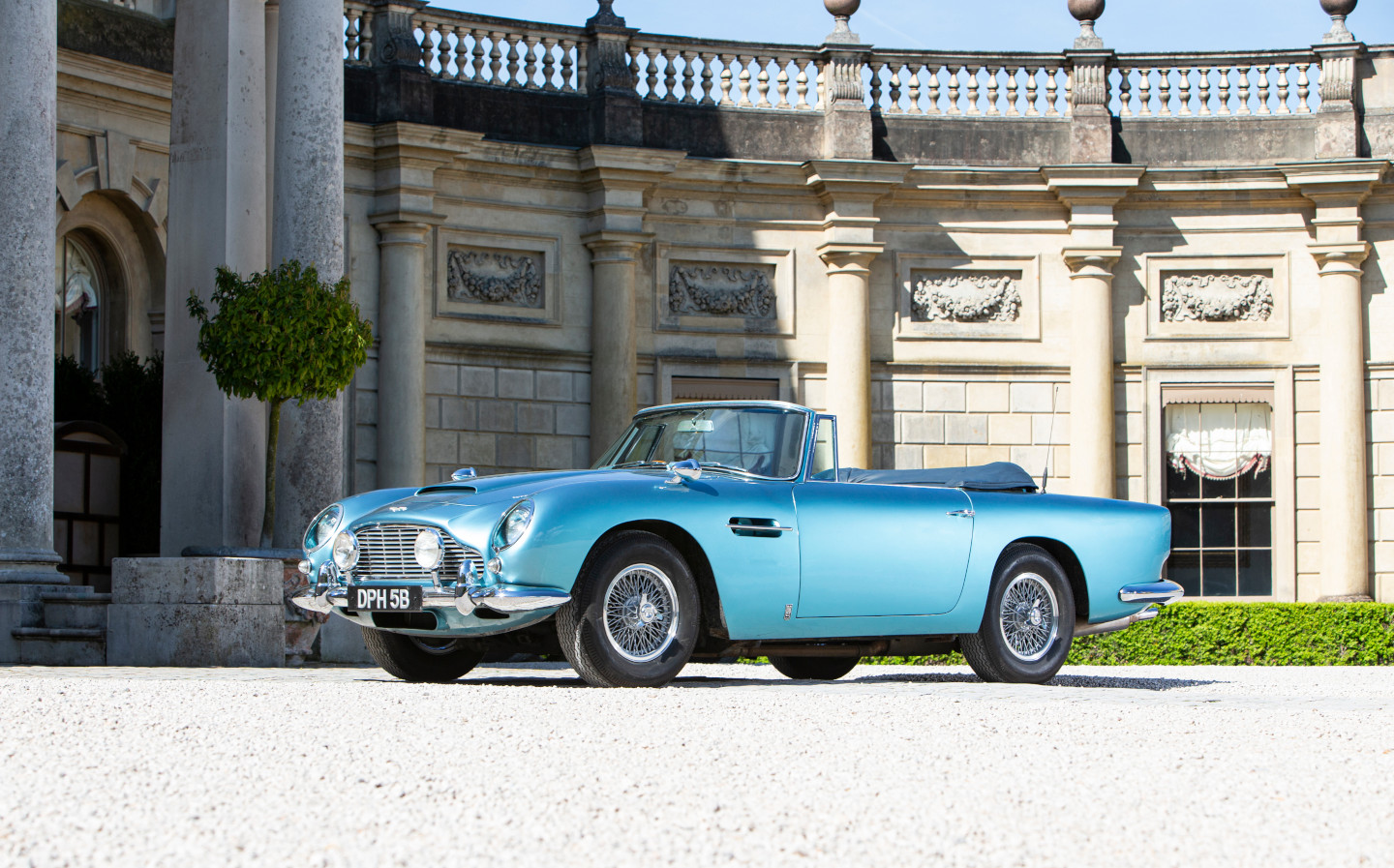 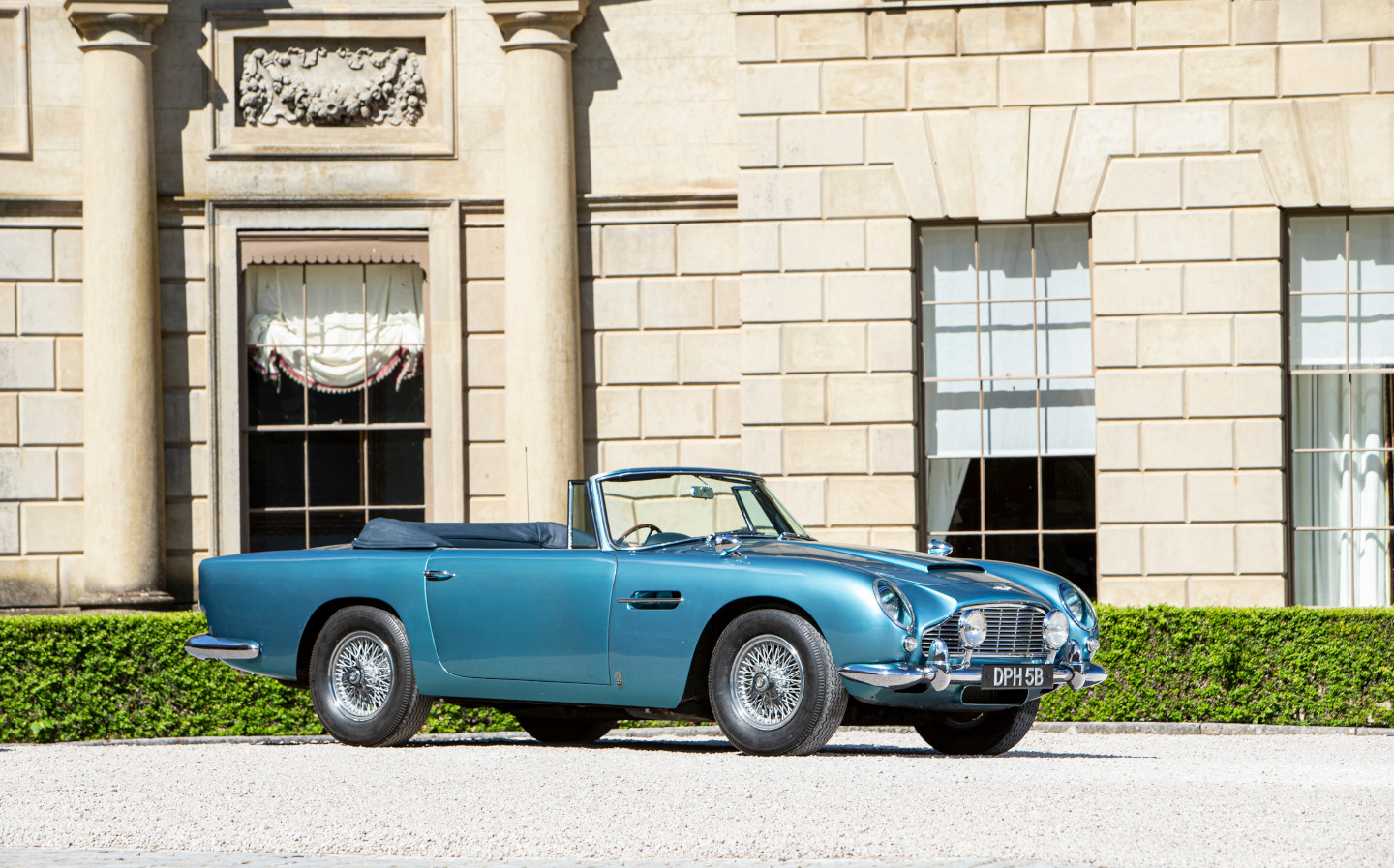 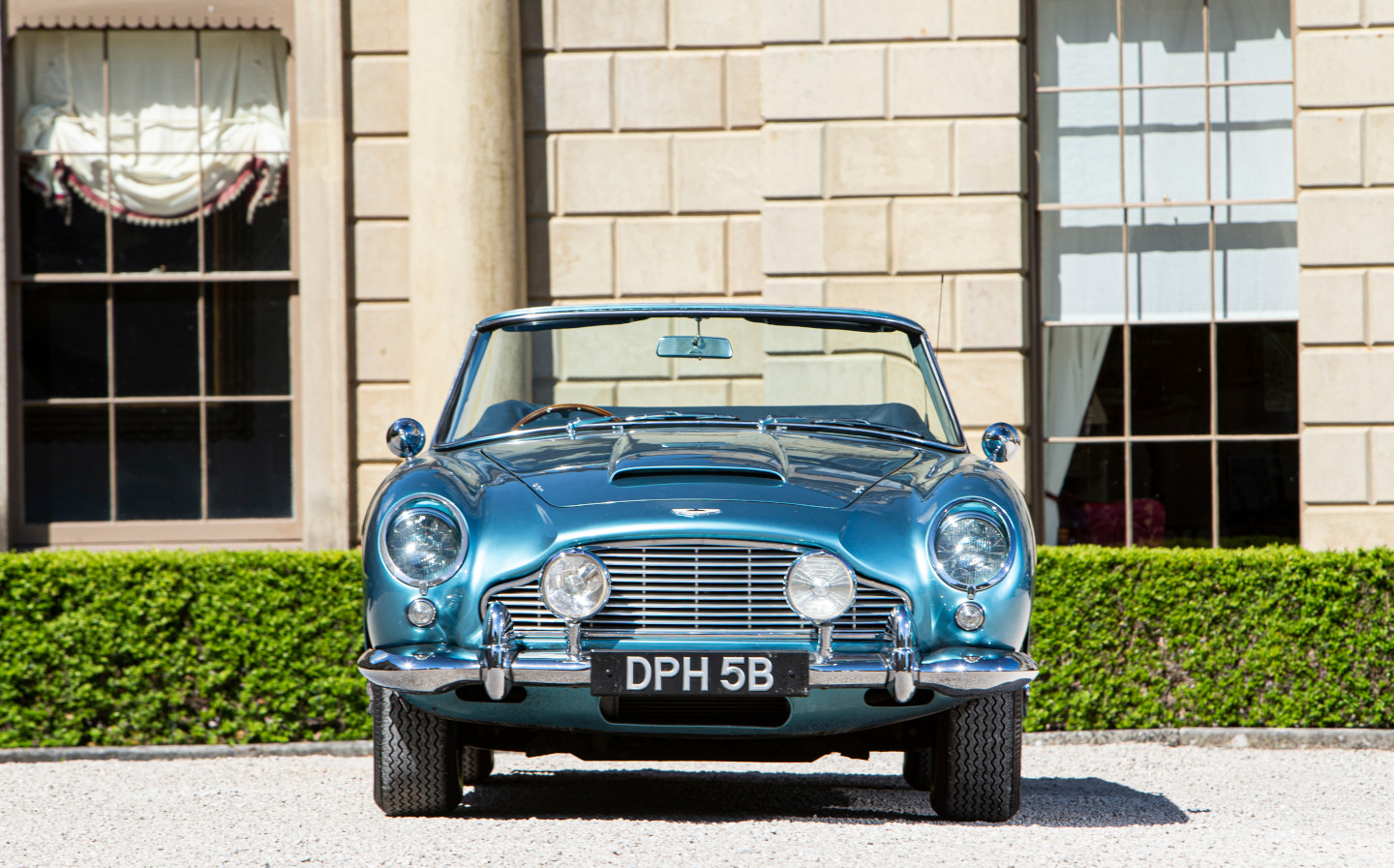 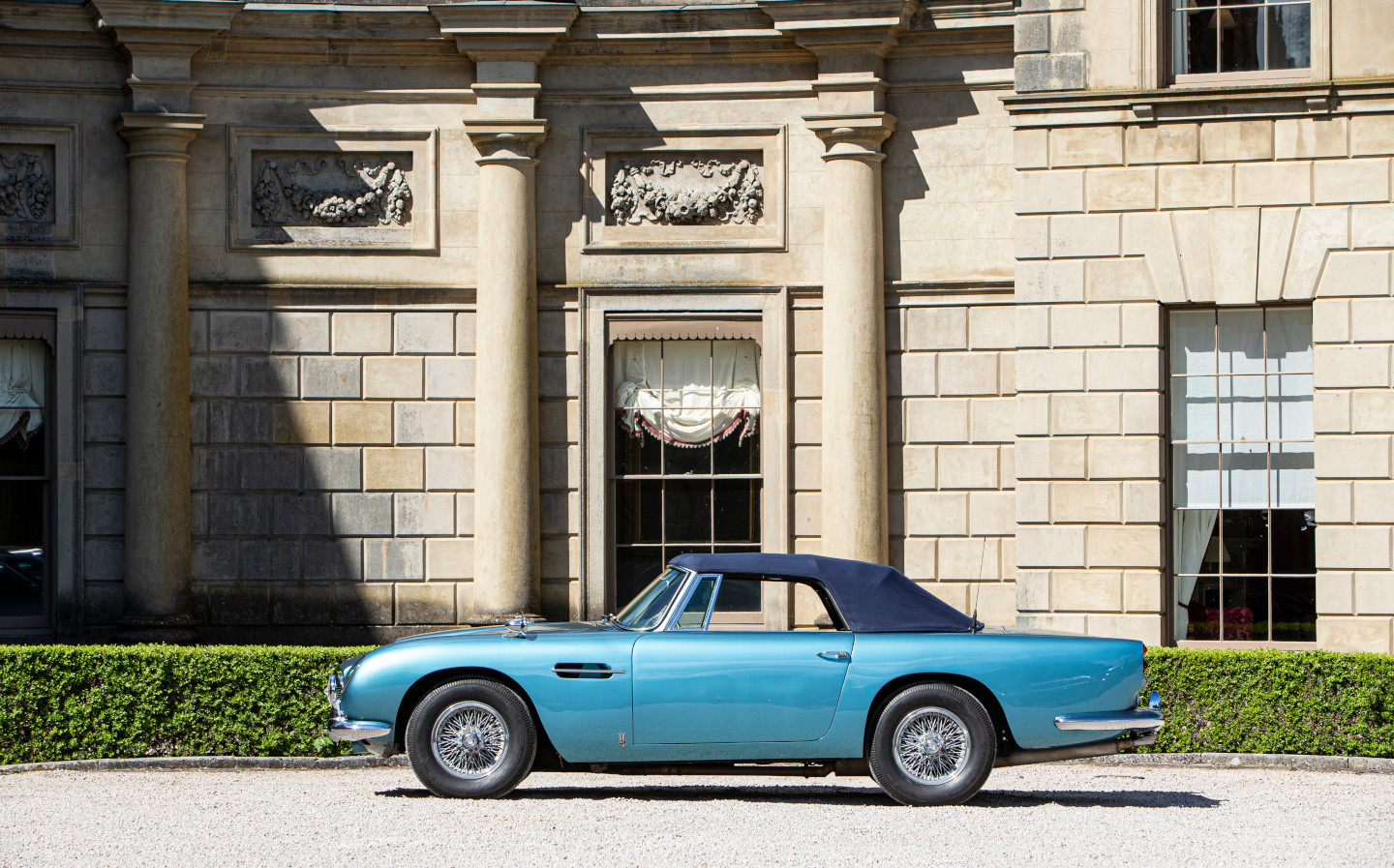 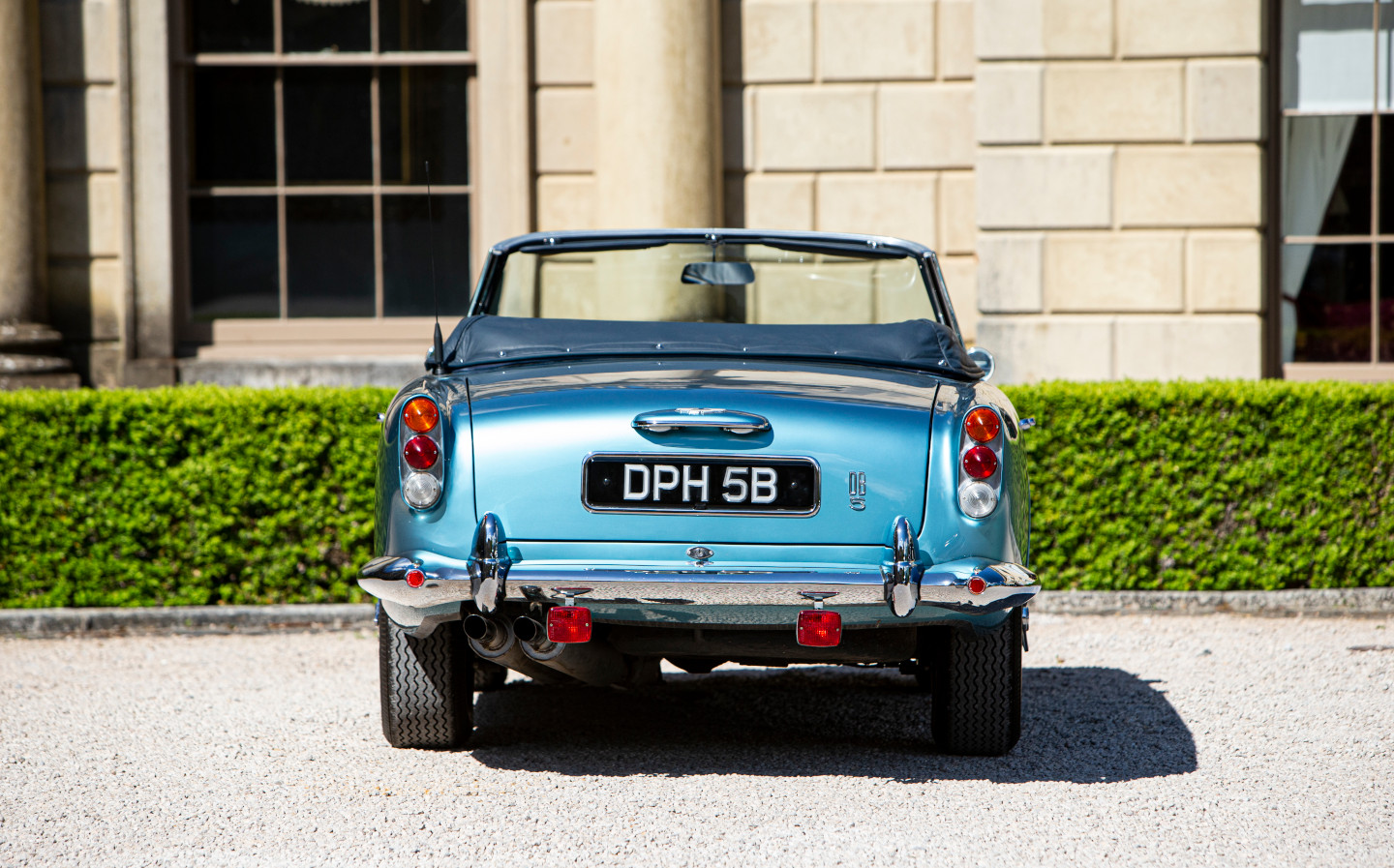 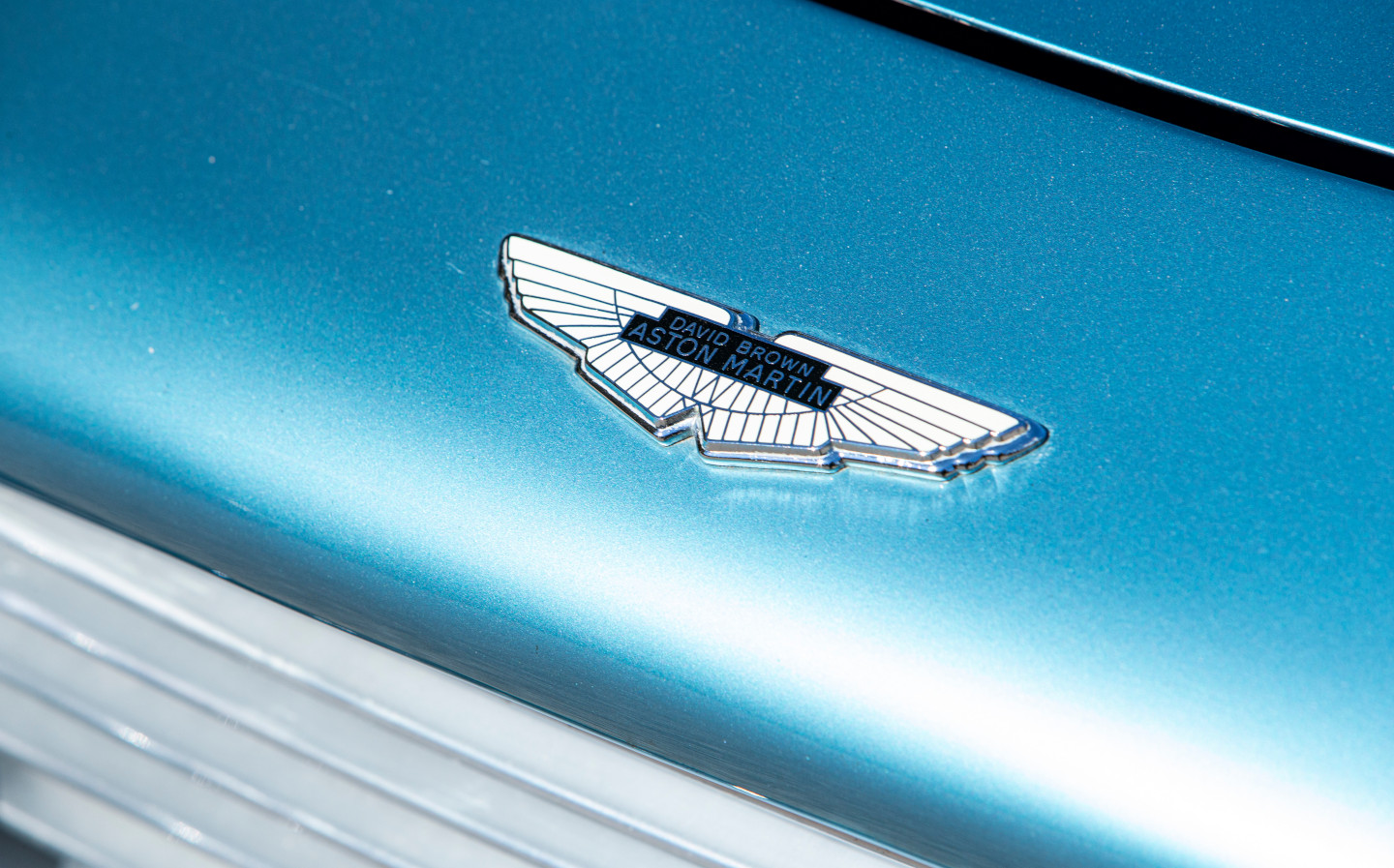 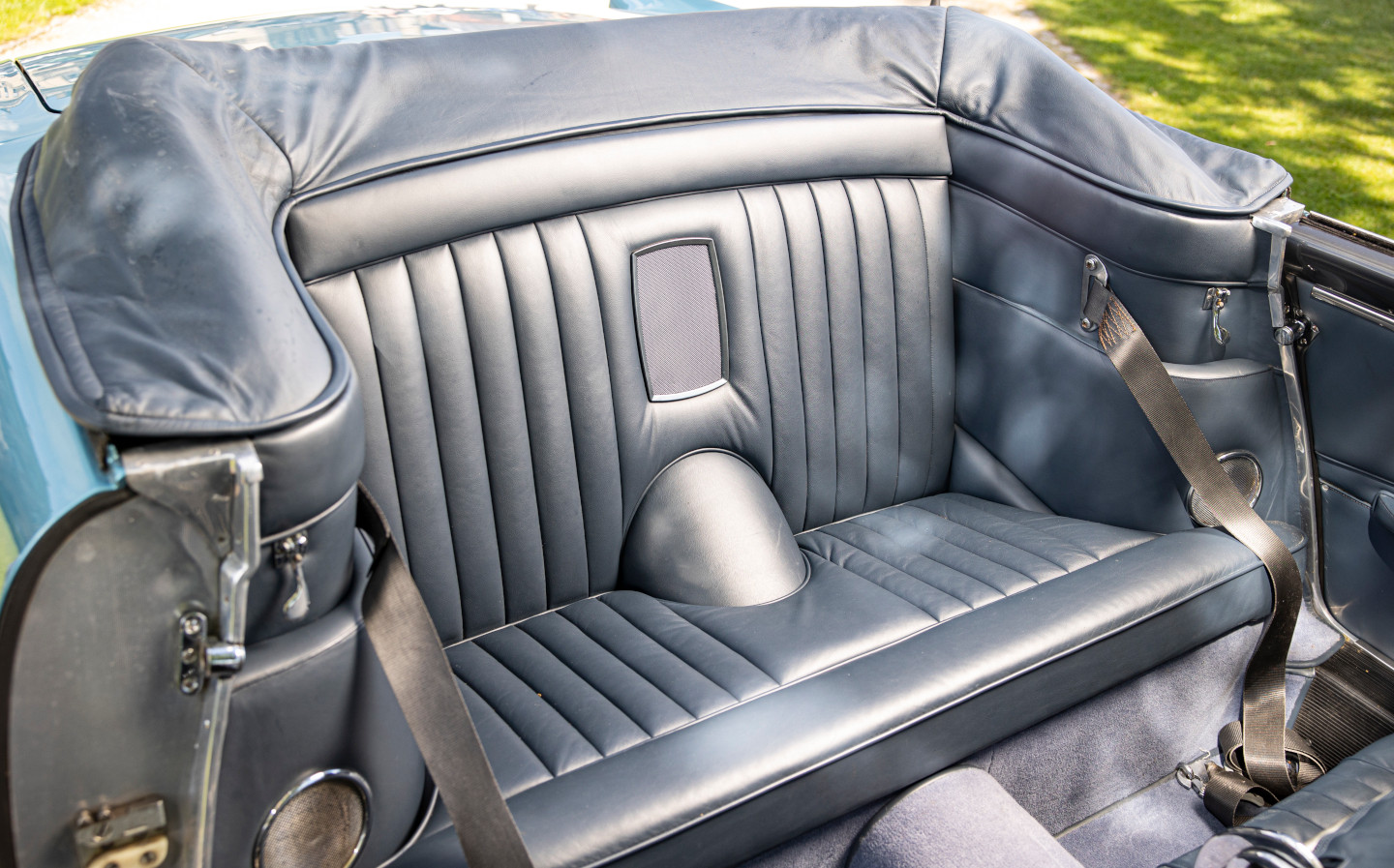 AN ASTON Martin DB5 with previous owners including actor Peter Sellers and Lord Snowdon, the husband of Princess Margaret, is going to auction at the Goodwood Festival of Speed. Is that not the most British sentence you’ve ever read?

The convertible DB5, created by Italian coachbuilder Carrozzeria Touring Superleggera and painted in a striking shade of azure called Caribbean Pearl Blue, is one of just 123 soft-top DB5s ever made. When it goes under the hammer at the Bonhams Festival of Speed Sale on July 9, it is expected to fetch between £1.3m and £1.7m.

It is thought that the car is being sold by Virgin Radio Breakfast Show host and ex-Top Gear presenter Chris Evans, who has owned the car for the last decade.

The DB5 was purchased by Peter Sellers — star of radio, TV and unforgettable films such as the Pink Panther series, The Ladykillers and Stanley Kubrick’s Dr Strangelove — in 1964, the same year that an Aston Martin DB5 starred in its first James Bond film, Goldfinger. Three years later, Sellers would appear in a James Bond film himself: the standalone parody Casino Royale.

When buying the car, Sellers picked a number of items from Aston Martin’s options list, including fog lamps, a cigar lighter, a dark blue hood and cover, non-standard chrome wheels and what subsequent owner Viscount Linley claimed to be “the very first car phone in Britain”. 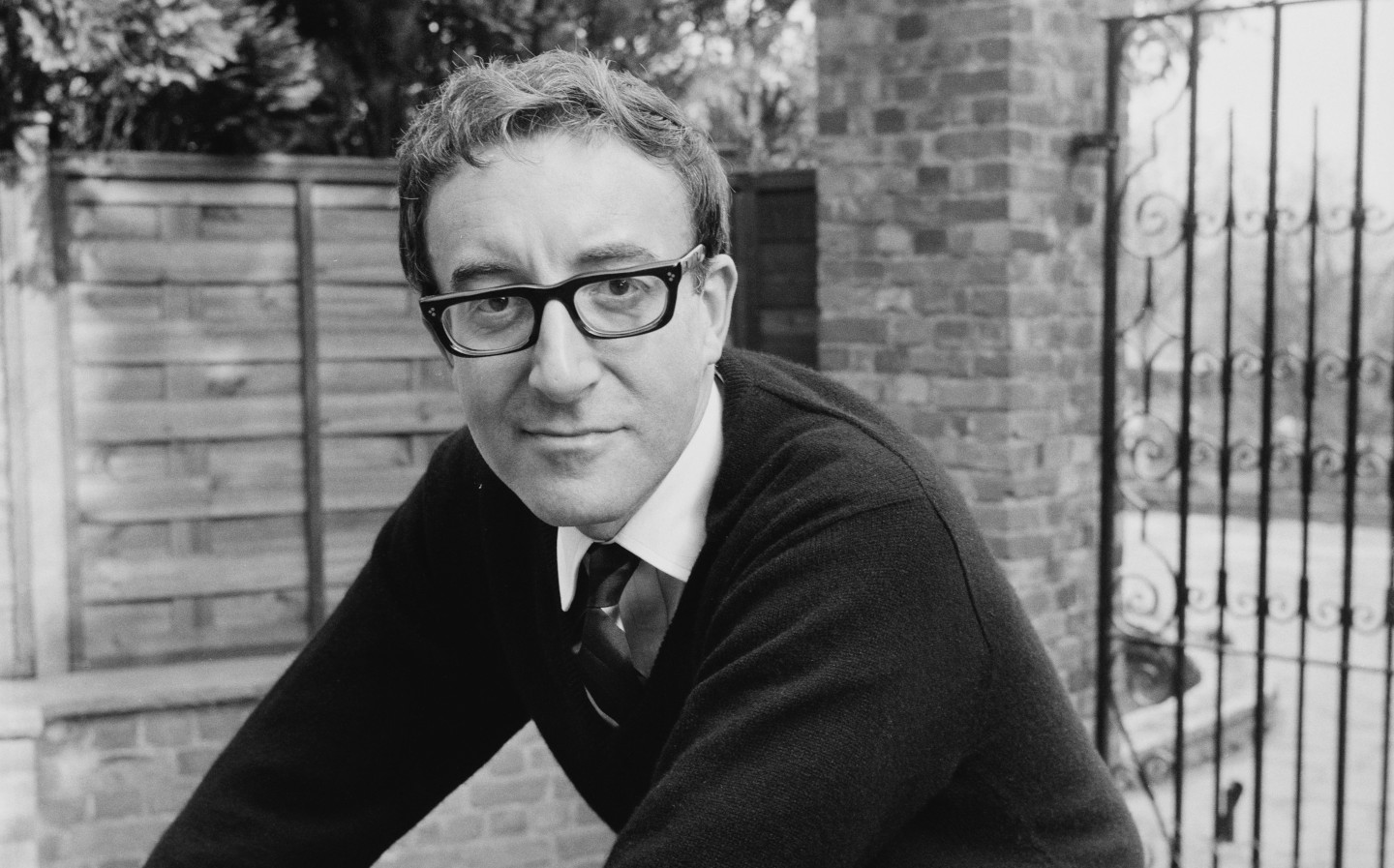 These additions complemented the standard equipment of the DB5, including its 282bhp four-litre straight six engine, which enabled a 0-60mph of around eight seconds and a top speed of 145mph — impressive stuff for the time.

However, the famously erratic Sellers was known to be fickle in his fancies, especially in relation to his car collection — fellow comedian Spike Milligan took to calling Sellers’ cars his “metal underwear”, such was his propensity for swapping them. It is estimated that he owned around 120 cars during his life, some for as little as a day.

It is unsurprising then, that Sellers sold the DB5 in the late 1960s. It was bought by Lord Snowdon, the husband of HRH Princess Margaret, Countess of Snowdon and the younger sister of the Queen. It was then used as a family car and was reportedly a familiar sight on the moneyed streets of Chelsea and Mayfair, although the Earl of Snowdon also took it on longer trips, including to Prague. 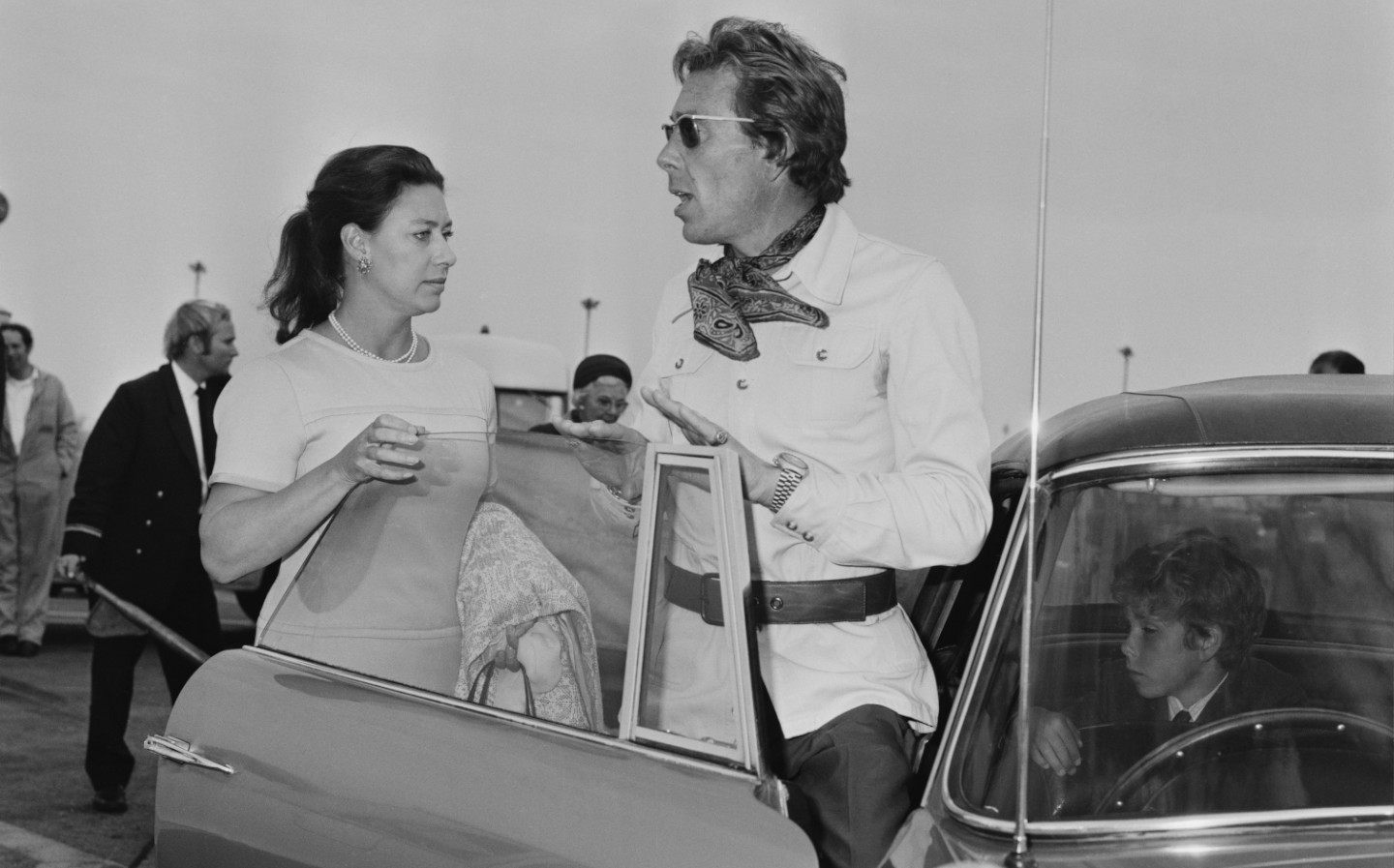 According to Viscount Linley, the son of the Countess and Earl of Snowdon, the car’s soft top came in useful: “We always had the windows down so my mother could smoke her cigarettes,” he said.

The car then spent a few years on display at the National Motor Museum at Beaulieu before being passed down by Lord Snowdon to his son. Against the recommendation of his father, Linley updated the DB5 with heat-deflecting panels in the footwell and continued to drive it regularly. Over the next several years it would be maintained by the Aston Martin Works Service. 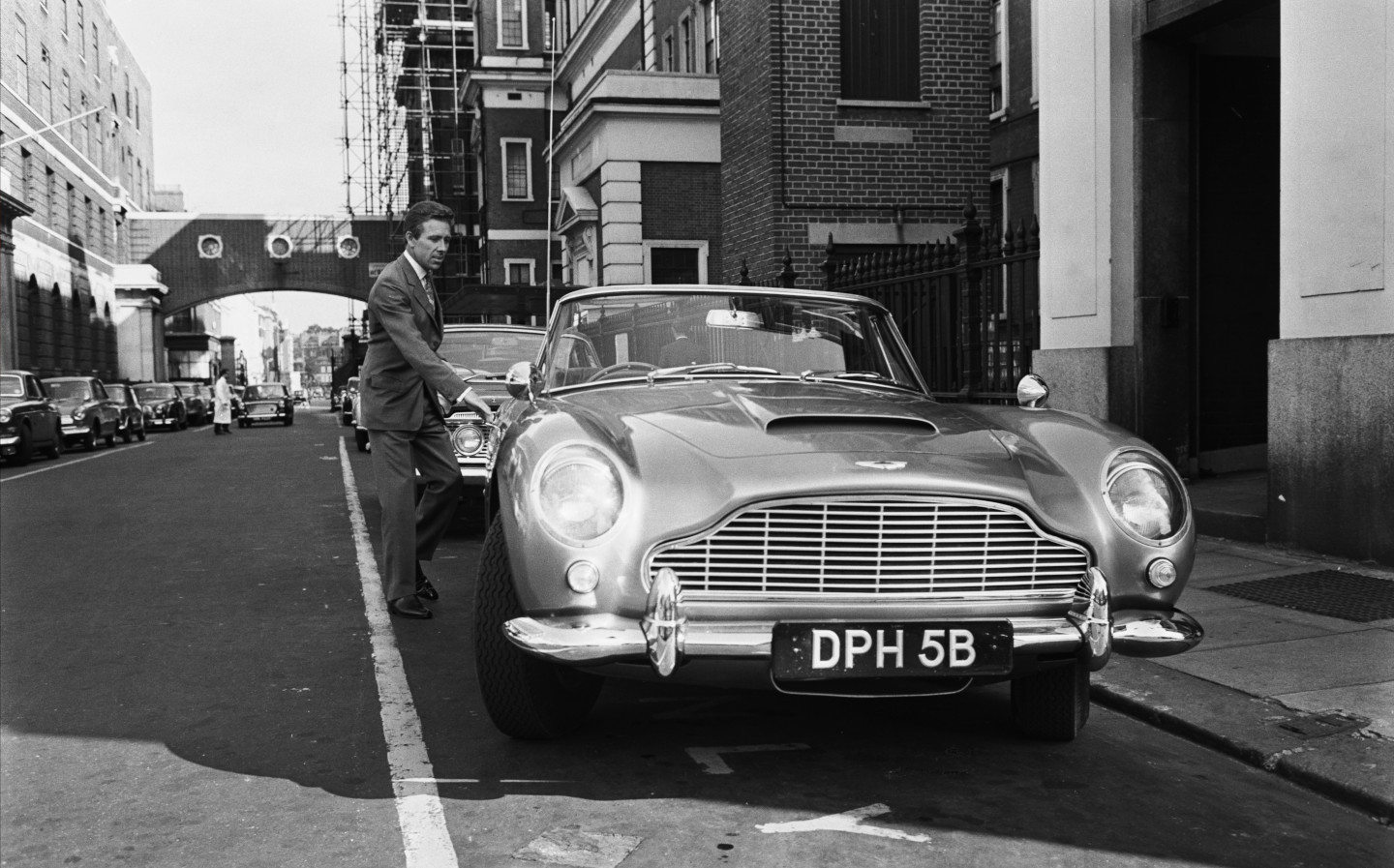 However, after more than 30 years of family ownership, Linley sold the DB5 as “the pain and pleasure of owning a classic vehicle mounted up.”