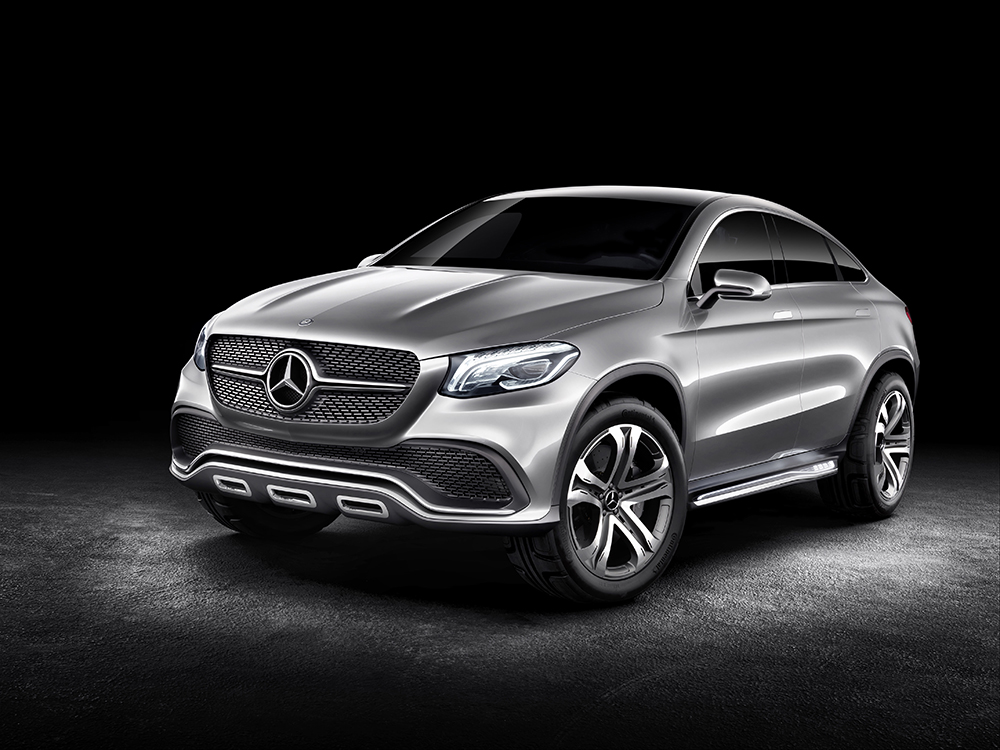 JUST AS you thought the world was safe from oversized Chelsea tractors, Mercedes has come storming back with this, the MLC (ML coupé). Next year the German company will launch a new luxury crossover that will bring a big helping of bling to the practical SUV sector.

Previewed here in concept form, it features an extravagant four-door body with a coupé-style low roofline that is built on the rough ’n’ tough underpinnings of the company’s ML 4×4.

The new model will take Mercedes into the niche territory that is currently the preserve of BMW’s X6. The X6 is a particular favourite with Russian oligarchs, and can often be spotted parking with all the subtlety of a ram raid on the congested streets of Knightsbridge.

Dieter Zetsche, chairman of Daimler and head of Mercedes, revealed the MLC at the company’s annual shareholders’ meeting, saying: “We aim to secure new customers by opening up new segments for Mercedes-Benz.”

The MLC will dwarf popular SUVs such as the Nissan Qashqai. The cabin will seat five, and a wide range of four-cylinder, V6 and V8 petrol and diesel engines will be offered, in addition to a hybrid model.

In an effort to make the MLC handle more like a sports car than an off-roader, Mercedes is said to be fitting it with the Magic Body Control suspension system, first seen on the S-class, the company’s flagship. A novel feature is active curve tilting, which in effect leans the car into a bend, much like a motorbike. The advantage for such a heavy vehicle as the MLC would be to make it feel more like a speedboat than an ocean liner.

Prices are likely to start from £50,000. The concept makes its debut at the Beijing motor show next weekend.