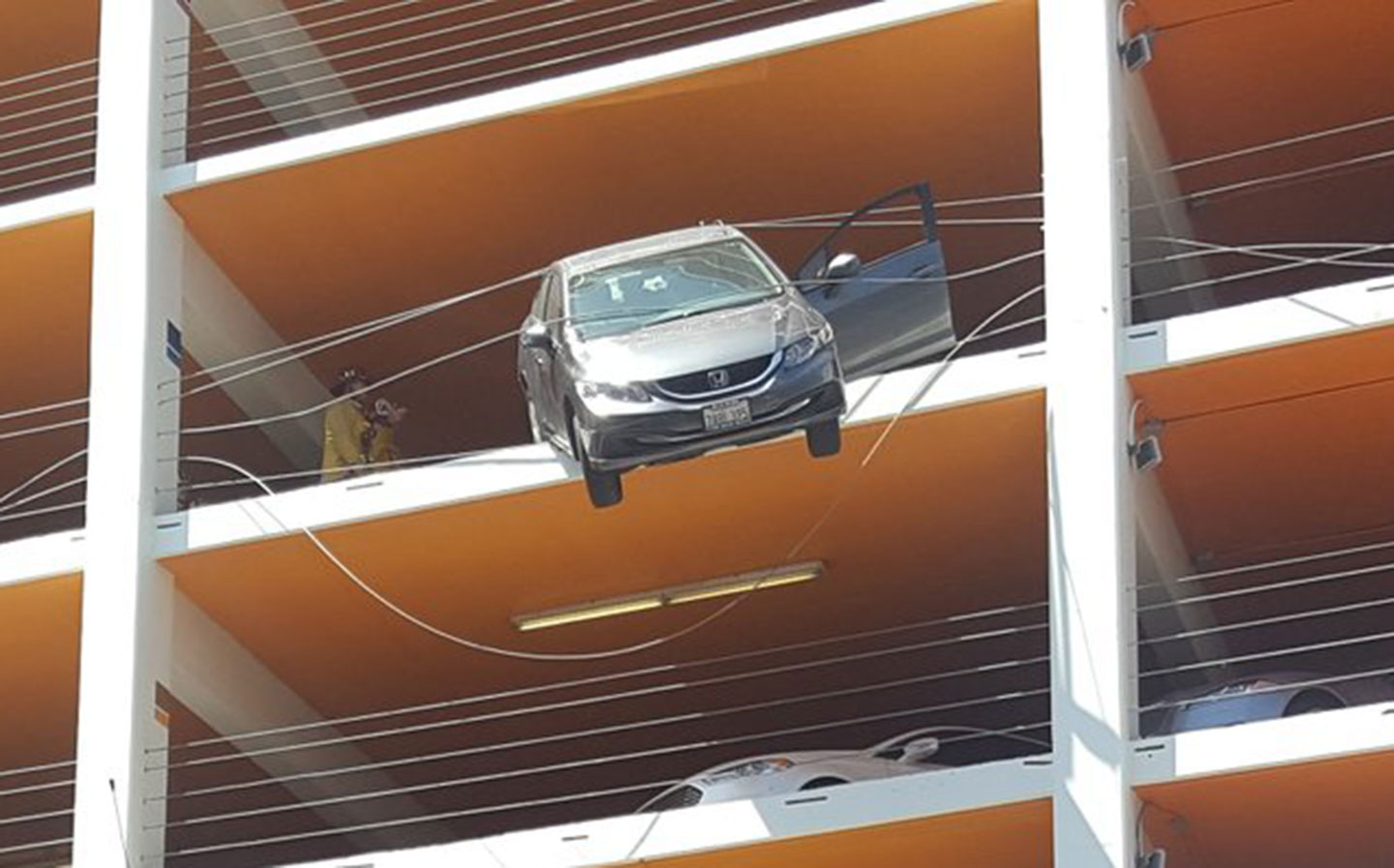 THE FATE of a Californian motorist was literally left in the balance, after nearly driving her car off the edge of a multi-storey car park.

The precarious situation in Santa Monica was caught on camera by a passing-by tourist. According to reports, the incident occurred when the driver accidentally hit the accelerator pedal instead of the brakes.

Though the car managed to break through some of the guardrails, enough survived to hold the stricken saloon car in place — allowing trained members of the Santa Monica Fire Department to bring the vehicle back onto the fifth floor of the car park.

The driver had been rescued before the fire crew arrived at the scene, having been assisted out of the car by an anonymous bystander.