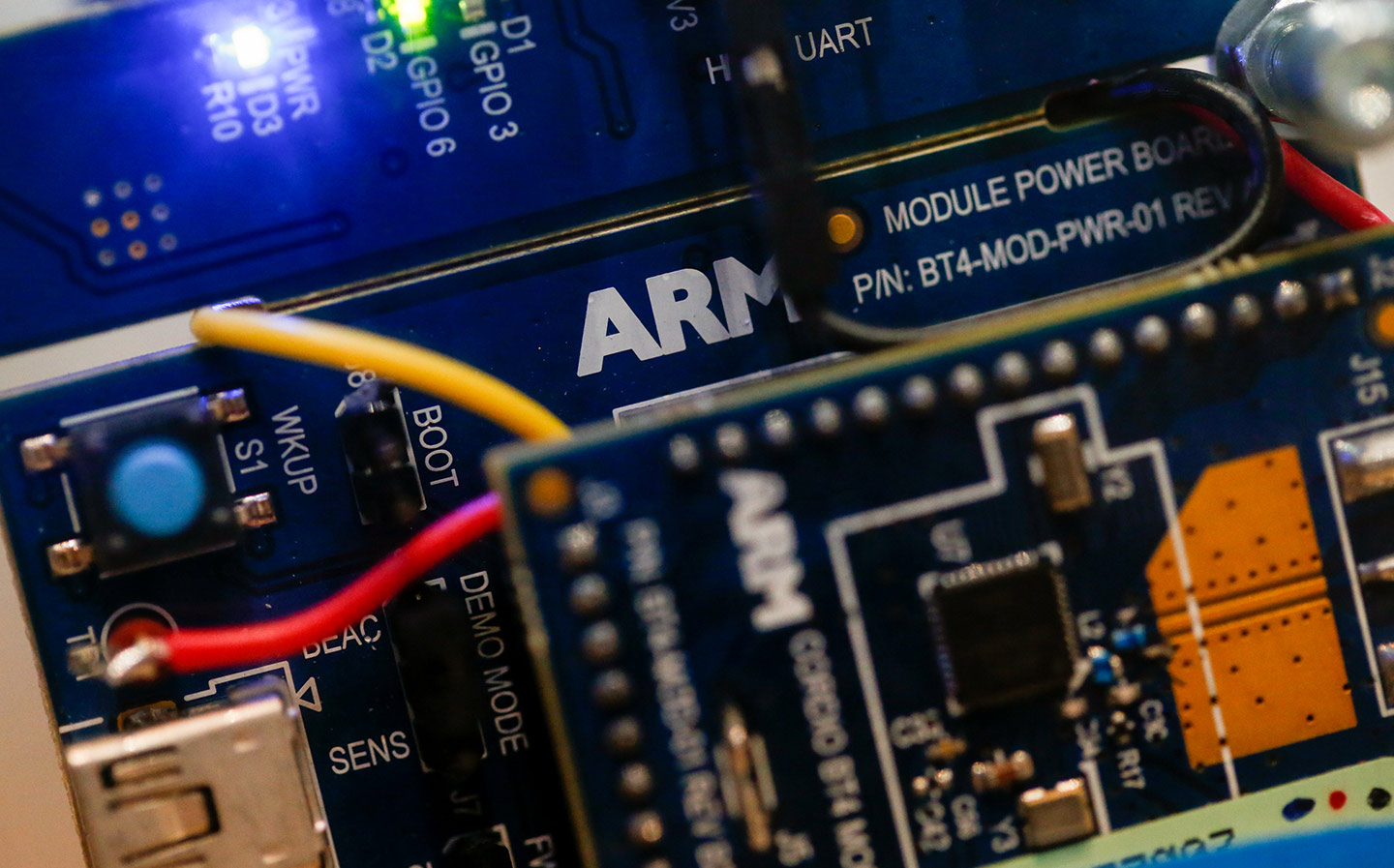 Arm Holdings, best known for its hold on the phone chip market, claims that the new “DynamIQ” chip design represents an evolutionary step forward and will perform up to 50 times better on artificial intelligence than existing chips within five years.

The Cambridge business, which was bought last year by Softbank of Japan for £24bn, is shifting gear from phones, where Arm-based chips are used in about 85% of high-spec models such as the iPhone, to try to capitalise on the internet of things.

Softbank’s boss, Masayoshi Son, is gambling on Arm becoming the leading maker of microprocessors for connected devices, from fridges to autonomous vehicles and industrial robots.

Significantly, Softbank is selling a 25% stake in Arm to the $100bn technology fund it is creating with Saudi Arabia, so Arm’s transformation will also boost the Gulf kingdom’s plan to reshape its oil-dependent economy.

Arm expects to ship around 100bn chips to partners by 2021, doubling the 50bn it dispatched between 2013 and this year by consolidating in the market for smart technology. The market for the internet of things is expected to be worth more than $662bn by 2021.

Besides mobile handsets, Arm is already well positioned in the market for processors for laptop and tablet computers. Nandan Nayampally, of Arm Holdings, said: “Our ultimate vision is to transform technology experiences through a total computing approach that creates a vast network of securely connected smart devices that enhance every aspect of peoples’ lives.”

“It’s more mindspace than reality at this point”

Arm is taking on Intel and Google, as well as smaller players, who have developed their own chips with the same purpose.

This is part of a trend for technology companies to diversify away from making particular products, instead making universal technologies that will enable all sorts of devices. Dyson recently announced £2.5bn of new investment that includes a focus on robotics, batteries and artificial intelligence.

Arm’s new chip design is an upgrade of its Cortex-A chip, which makes up about one fifth of its microprocessor sales. It builds on its “big little” technology that combines improved performance with lower energy requirements.

Its additional power could drive increasingly sophisticated devices, including driverless cars. However, analysts said the technology remained unproven in the market.

Janardan Menon, of Liberum, said: “They’re making the point that ‘we’re in this market and we’re going to be a big player’. They have to because the likes of Intel were early movers. But it’s more mindspace than reality at this point. In my view they can’t achieve the same position in this emerging market as in phones, but I do believe it will be a large, fragmented market and it’s likely they can coexist successfully.”

He said the chip could give Arm a better position to compete with Intel in the market for servers and data centres.