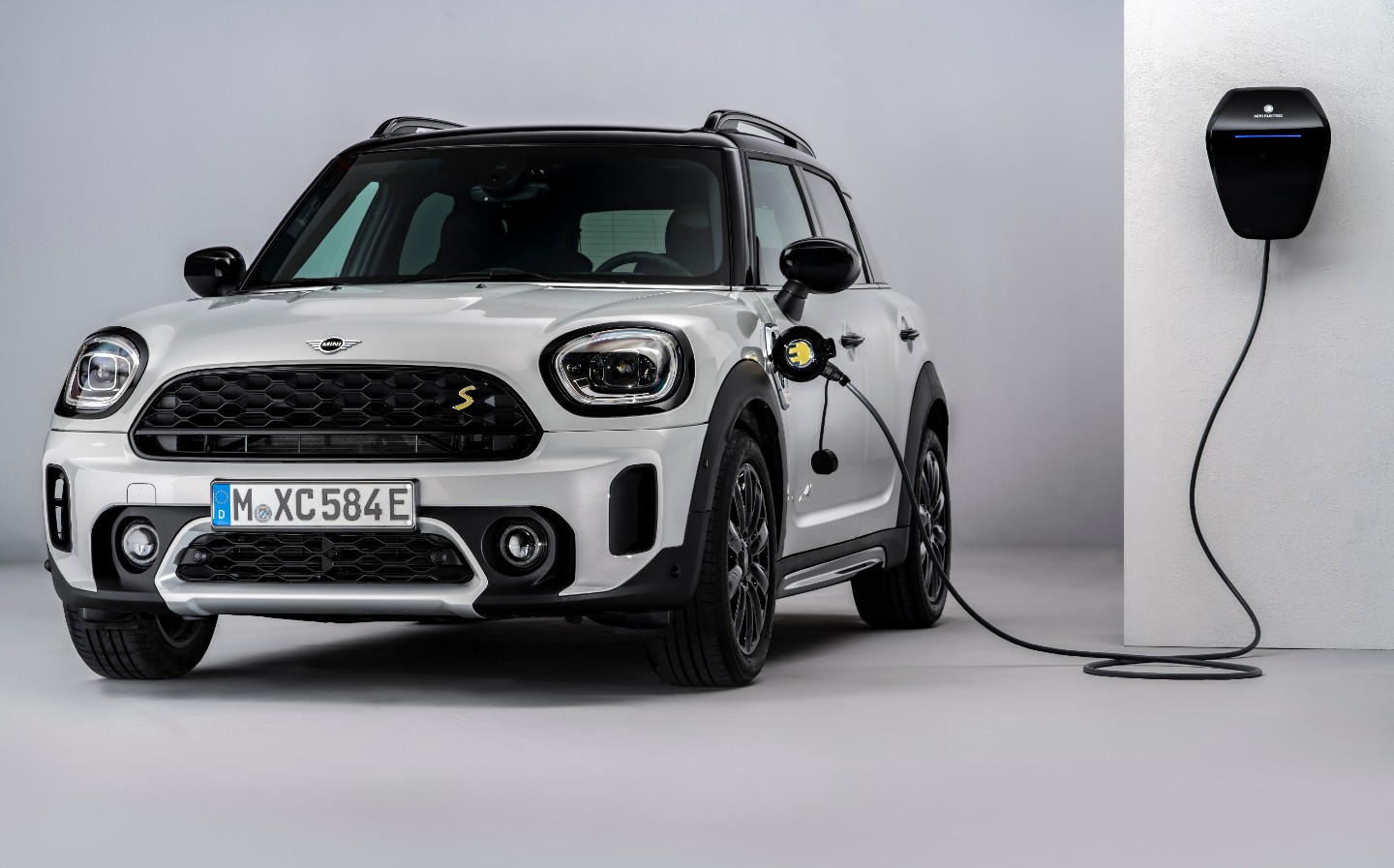 THE HEAD of Mini has revealed that the company will end sales of plug-in hybrid (PHEV) models, as it focuses on a future of pure-electric and combustion engine models.

Speaking at an event in Munich, Bernd Körber, 45, told Driving.co.uk that the Countryman PHEV, which combines a petrol engine with an electric motor and battery to allow up to 26 miles of zero-emissions motoring between charges, will be phased out over the next three to four years, ahead of the launch of the compact SUV’s new model in 2023 or 2024.

The Countryman will also move “further up” in the compact SUV segment, meaning it will grow a little in size. This could make it a truer rival of the likes of the VW Tiguan or Audi Q3, which have more interior space. It will be offered with a pure-electric powertrain (shared with a future plug-in BMW X1, Körber said) but will continue to come with a combustion engine option, should customers prefer.

Meanwhile the Mini Hatch will get a little smaller, Körber said, “to bring it back to the brand’s roots” – and answering critics who continue to make jibes about Minis not being so Mini any more. It will continue to be offered with combustion engines and pure-electric power.

The expanded gap between those two models will be filled by a new pure-electric small SUV, which would fit into the rapidly expanding segment that currently includes the likes of the Peugeot e2008, Kia e-Niro and Hyundai Kona Electric. This new small SUV wouldn’t have a petrol or diesel option.

No decisions have yet been made about the Clubman estate and Mini Cabriolet – “that is the next step”, said Körber, who added that 80% of the future product and brand strategy is defined but “some things are not 100% confirmed”.

“I would say what we would want is strong characters in individual segments but we also would like to target volume segments that have global relevance. What you don’t want with Mini is more niche concepts that work in three four markets and then nowhere else.”

A new concept vehicle, to be revealed in November, will be a “milestone” for Mini in terms of where it sees sustainable urban mobility needs to go, he said.

Countryman PHEV and Mini Electric currently make up a 10% share of Mini sales but that is expected to reach 20% next year, partly on the back of legislation encouraging drivers into pure-electric cars.

But pure-electric is a better fit for Mini customers than PHEV, according to Körber. “I would say it’s even more fun driving a Mini Electric than a convention model, in terms of ‘go-kart feel’ – what Mini is all about.”

Körber (pictured below), who was part of the team that launched the new Mini in 2000, and worked as the marketing chief on the introduction of new Clubman, added that Mini’s target customer lives in towns or the suburbs, which “just fits” electric vehicles, and that according to internal research, the ability for its customers to recharge their cars at home is “an easy possibility”. 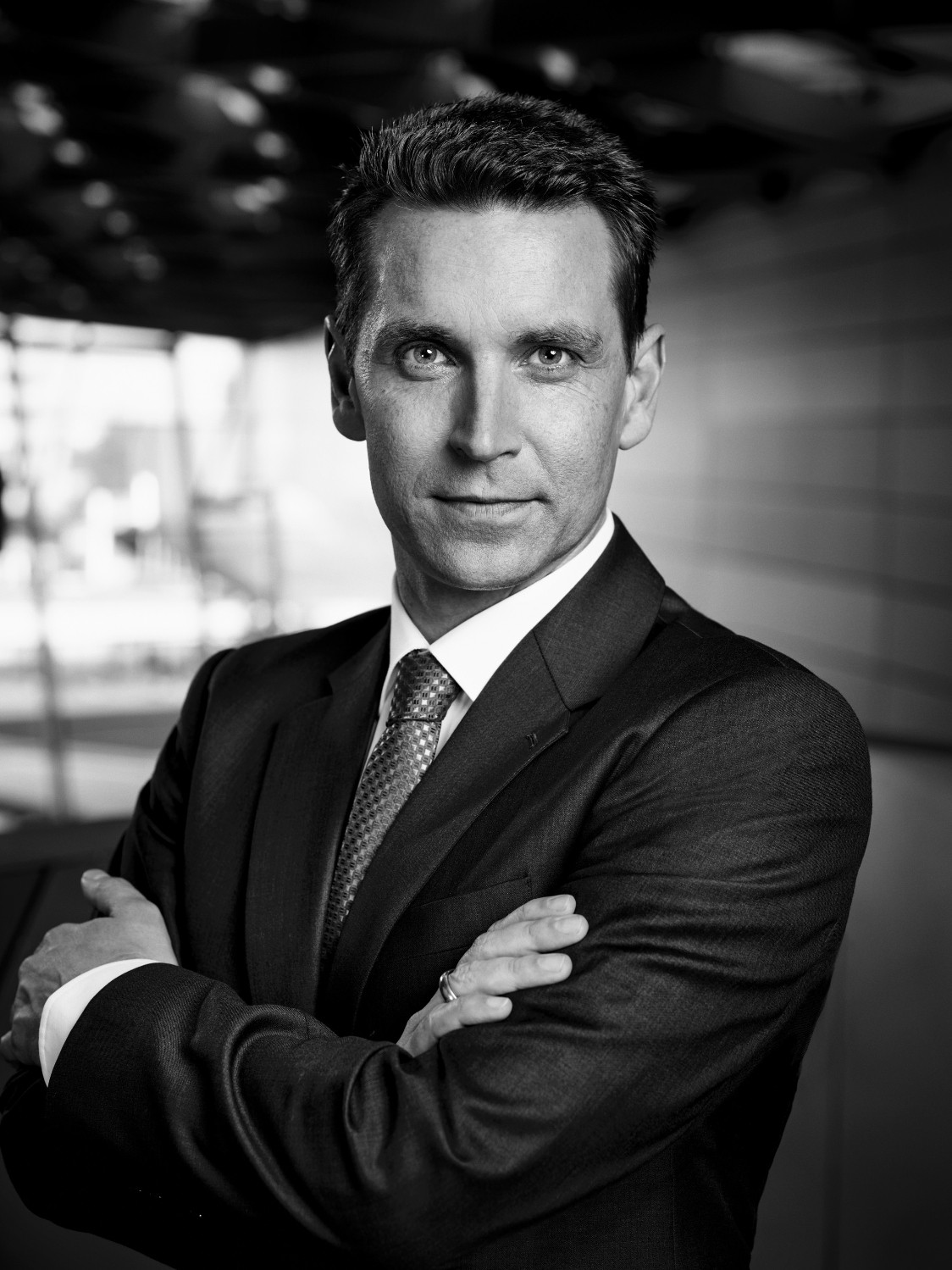 In addition, urban and suburban customers “tend to move earlier” on technology changes, Körber said, meaning they are more likely to switch to electric motoring ahead of some other brands’ clientele.

Körber also pointed out that the original Mini was born out of Suez oil crisis, when petrol was in limited supply and new, more fuel efficient ways of getting around were in demand.

He said: “If you go back to ’59, the origin of the brand was meant to be an answer to the mobility challenges of its time, and when you see old adverts you almost see the same kind of straplines as you see now, when it comes to sustainability, efficiency, use of materials – it’s very interesting to see.

“There’s a side of Mini that is very rational … I think that’s what makes Mini an authentic brand when it comes to sustainable urban mobility.”

Körber added that the next-generation pure-electric models will have enough range in the batteries to meet the needs of all customers, regardless of the bodystyle, with different battery size options available for each model.

However, while Mini may be able to go faster than some other brands into electric cars, it will also continue to sell models with combustion engines for the next decade, Körber said.

“We would like to focus on having the entire portfolio as electrified while keeping the second pillar of combustion engines for an extended period of time. Customer demands are very different [from one another] and given that we are a global small car brand, we see markets that are faster in developing electromobility, and markets that aren’t.”

Unsurprisingly, this mirrors the strategy of parent company BMW: spokesperson Wieland Bruch told Driving.co.uk that BMW also intends to sell combustion engine cars, including diesel, for the next decade, as some of its customers cover more than 80,000km (nearly 50,000 miles) on motorways every year, and for them diesel still makes most sense.

The John Cooper Works (JCW) sport arm of the brand will remain important, said Körber. The most recent – and fastest Mini ever – is the Mini GP, which Jeremy Clarkson named his People’s Car of the Year 2020 in the Sunday Times Motor Awards. Körber said he receives daily emails from delighted customers who’ve received their Mini GP models.

JCW models make up only 5% of Mini sales but will remain as one “bookend” to the Mini portfolio, with electric being the other.

When it comes to the design of next generation Mini Hatch, Körber’s strategy is: “Don’t mess with an icon.” The way it is brought up-to-date over time must be “spot on”, he realises – failure to get the hatch right could spell disaster for the brand as a whole.

He said: “Even though we in the next generation will ultimately expand our portfolio, it’s not our target as Mini to have in 10 years 20 models and sales of one and a half million per year. That is not how you develop such a unique brand that is still very much defined by the three-door hatch. You develop gradually, step by step. And for me, always a good reference is the Porsche and its iconic 911. Over two, three generations it developed towards becoming a still small, but more sizeable brand, but in steps. I think what you should not do is to basically lose where you’re coming from in terms of your characteristics, your design characteristics, and that needs time.”

Mini products will continue to be produced at its Great Wall joint-venture facility in China, which will focus on electric vehicles, while the UK’s Oxford plant will concentrate on combustion-engined cars.

This will continue until the next generation of products, even if there is a no deal Brexit at the end of the transition period, on December 31, 2020. Beyond that is less easy to determine, said Körber.

“The planning we have for the next [few] years, and the cars we’ve talked about, yes they are confirmed. But that is the only timeframe that we would plan on. Beyond that, who knows? That would then be the fifth generation of Mini that we have to start planning. Now, of course, everything would be a lot easier if there would be at least a free trade agreement. But I think that the way decisions are made, we will keep Oxford for the foreseeable future.”

It’s no surprise that China will be another big focus for Mini over the coming years. At present only 10% of its sales go to China but as the largest car market in the world, Körber is looking to change that – some other European car makers see up to 40% of its output going there, he said.