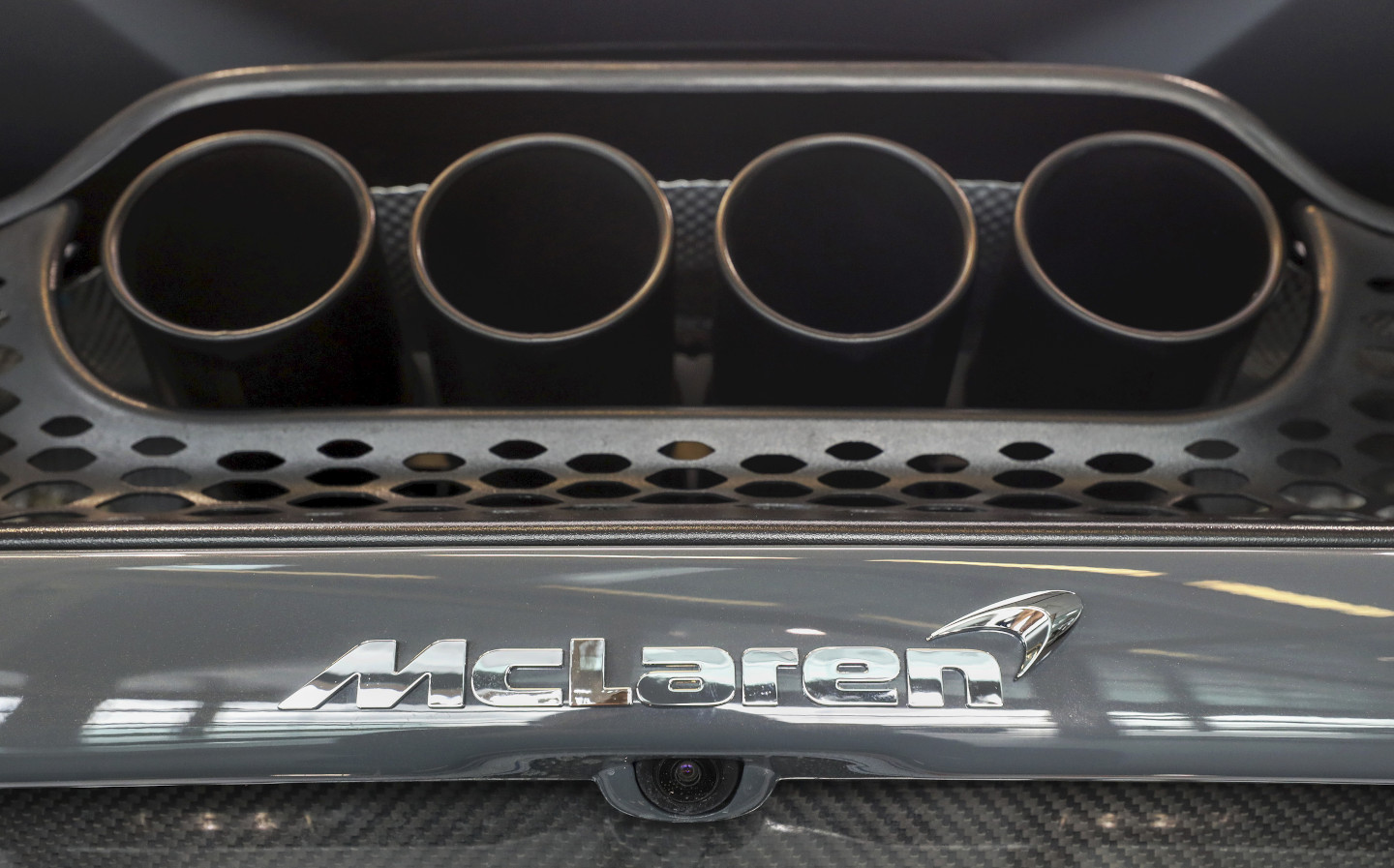 FURTHER details of McLaren’s urgent financial issues are emerging, with reports saying that the British marque is suing its creditors to enable it to sell off its classic car collection and mortgage its headquarters. The business is facing insolvency due to the financial fallout of the coronavirus pandemic.

The dispute has arisen because McLaren already used its HQ and its classic car collection as collateral for loans it took out to buy out former shareholder Ron Dennis in 2017. Creditors are therefore blocking the company from using the assets to obtain more loans.

The cost of Dennis’ shares alone was a staggering $333m (£266.4m). The former McLaren F1 team boss was a 25% shareholder in the company by 2017. Driving.co.uk has contacted McLaren for comment.

Sky News also reported this afternoon that the Woking firm is in “detailed negotiations” with the National Bank of Bahrain (NBB) to borrow £150m in order to shore itself financially. However, sources told the publication that an agreement between McLaren and the Gulf bank is uncertain.

The NBB is part-owned by Bahrain’s sovereign wealth fund, McLaren’s biggest shareholder, meaning that if the loan is approved, the country would have an even more vested interest in the British marque. Even if negotiations are successful, it is still possible that McLaren will pursue other avenues of fundraising.

This includes the possibility of selling a stake in its Formula One team. The prospect of such a sale was reportedly discussed with advisers and lenders last week, according to Sky News. The idea is still in “a conceptual stage”, it reported, but comprises selling between 20% and 30% of the F1 business, which would raise tens of millions of pounds.

McLaren is set to axe 1,200 jobs — nearly a third of its 4,000 strong workforce — across its automotive, racing and technology branches. The company said that the restructure was a result of the Covid-19 pandemic as well as of the new Formula One cost cap. In a statement, it said the redundancies were “part of a wider business plan to ensure its long-term future success”.

Like many car makers, McLaren was hit hard by the coronavirus pandemic, with sales of its supercars plummeting in the first months of this year. According to Forbes, in the first quarter of 2020 McLaren sold 307 cars — less than a third of 953 sold in the same period in 2019. With the country going into lockdown at the end of March, the figures for the second quarter of the year are likely to be even gloomier.

The company’s racing operations, which account for around a fifth of its revenue, are also being hit by the ongoing delay to the beginning of the F1 season. The entire grid has missed out on millions in advertising revenue, with fellow British team Williams now up for sale.

To rub salt in the wound, McLaren has to pay its suppliers for the parts used in the first three months of this year, but it has not sold enough cars to foot the bill — hence the need to borrow a large amount of money.

The news comes as the Society of Motor Manufacturers and Traders (SMMT) predicted that up to one in six jobs in the UK’s automotive sector could be at risk of redundancy. A survey of the society’s members found that up to 25,000 jobs in car factories and suppliers could be axed, and that a third of the 150,000 people employed by the survey’s respondents are currently furloughed.

In response to the findings, the SMMT is calling for “unfettered access” to emergency government support to keep the industry afloat. Mike Hawes, president of the SMMT, said that the prospect of a hard Brexit could be the second part of a double blow to the industry.

He said: “UK Automotive is fundamentally strong. However, the prolonged shutdown has squeezed liquidity and the pressures are becoming more acute as expenditure resumes before invoices are paid. A third of our workforce remains furloughed, and we want those staff coming back to work, not into redundancy.

“Covid has consumed every inch of capability and capacity and the industry has not the resource, the time nor the clarity to prepare for a further shock of a hard Brexit.”