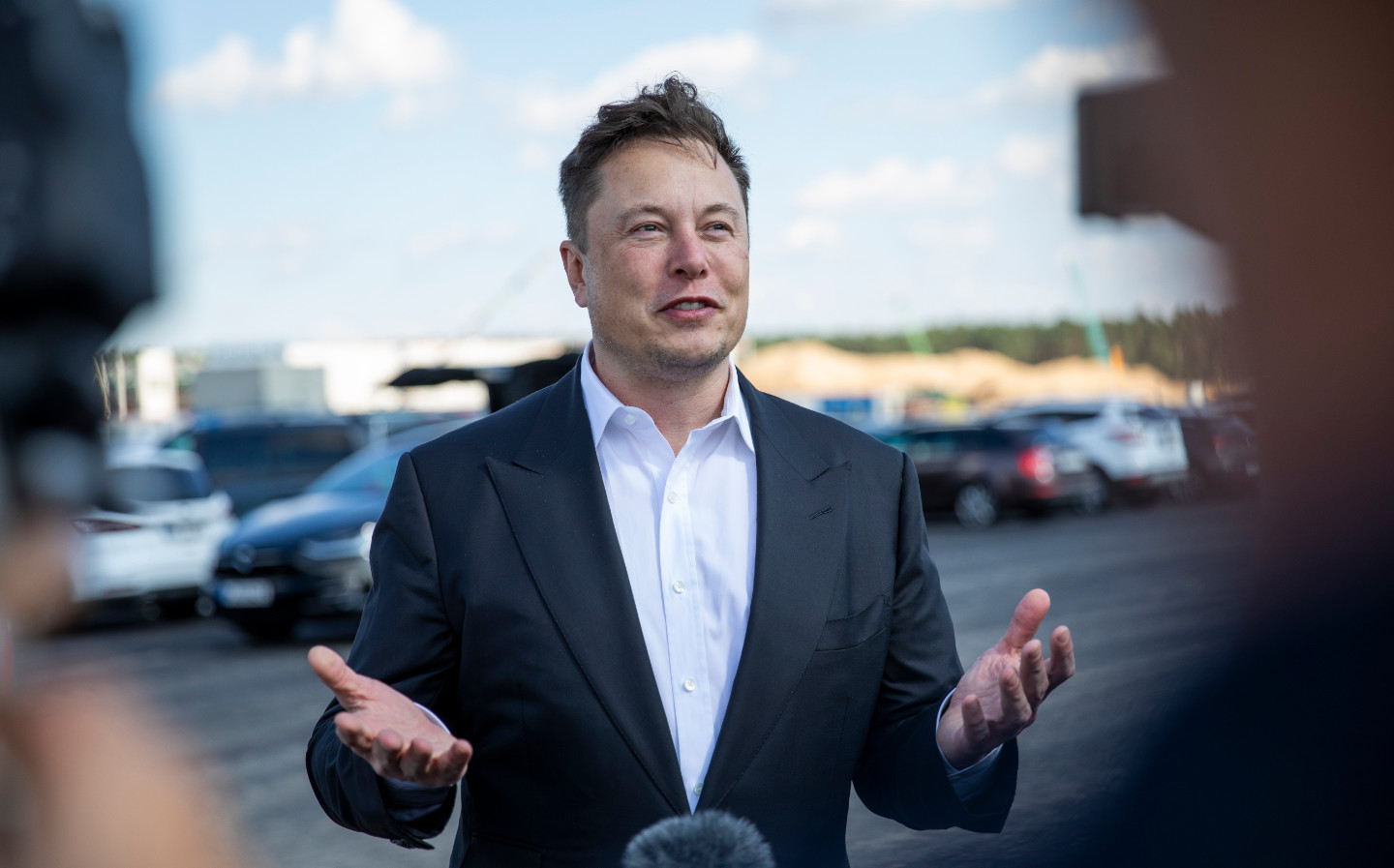 ELON Musk has offered to sell $6 billion (£4.4 billion) of Tesla stock if the United Nations is able to openly demonstrate how the sum could be used to end world hunger.

The claim from the CEO of Tesla and Space-X comes a week after David Beasley, the head of the UN’s World Food Programme (WFP), said in a CNN interview that a one-off donation from America’s top 400 billionaires could help save the lives of 42 million people around the world this year.

“The billionaires need to step up now on a one-time basis, $6bn to help 42 million people that are literally going to die if we don’t reach them. It’s not complicated,” said Beasley.

According to the UN, those 42m people in 43 countries around the world are at risk of starvation from famines caused by a “toxic cocktail” of conflict, climate change, disasters and other structural issues.

If 400 billionaires contributed just 0.36% of their recent wealth increases, Beasley said, it could prevent global starvation.

“My god, people are dying out there. We have a vaccine for this. It’s called money, food.”

In response to tweets from Beasley and researcher Dr Eli David, Musk committed to selling the Tesla stock “right now” and handing it over if WFP could describe on Twitter exactly how the money would be spent.

If WFP can describe on this Twitter thread exactly how $6B will solve world hunger, I will sell Tesla stock right now and do it.

Beasley replied saying that his organisation had all the necessary systems in place for open-source accounting and transparency.

“I can assure you that we have the systems in place for transparency and open source accounting. Your team can review and work with us to be totally confident of such,” he wrote.

In another series of tweets responding to Musk’s questions, Beasley wrote that the $8.4bn (£6.2bn) the WFP spent last year was put towards getting food to some 115m people worldwide.

“We need $6bn plus NOW on top of our existing funding requirements due to the perfect storm from the compounding impact of Covid, conflict and climate shocks,” he said.

He added: “6bn will not solve world hunger, but it WILL prevent geopolitical instability, mass migration and save 42m people on the brink of starvation. An unprecedented crisis and a perfect storm due to Covid/conflict/climate crises.”

With Musk’s help, he said, the WFP “can bring hope, build stability and change the future” and invited the Tesla boss to commence discussions.

“I can be on the next flight to you. Throw me out if you don’t like what you hear!”

Musk, however, remained unconvinced and non-committal, saying: “Please publish your current & proposed spending in detail so people can see exactly where money goes. Sunlight is a wonderful thing.”

Musk is currently the world’s richest man with a net worth of $315.2bn (£231.2bn). His most recent wealth increase is as a result of a rise in the value of Tesla — and thus Musk’s shares — due to an order for 100,000 cars from rental firm, Hertz (though Musk has since said the contract is yet to be signed).

Tesla is now worth more than $1 trillion (£733.5 billion), making it by far the world’s most valuable car company and putting it among the ranks of tech giants Apple, Amazon and Facebook. 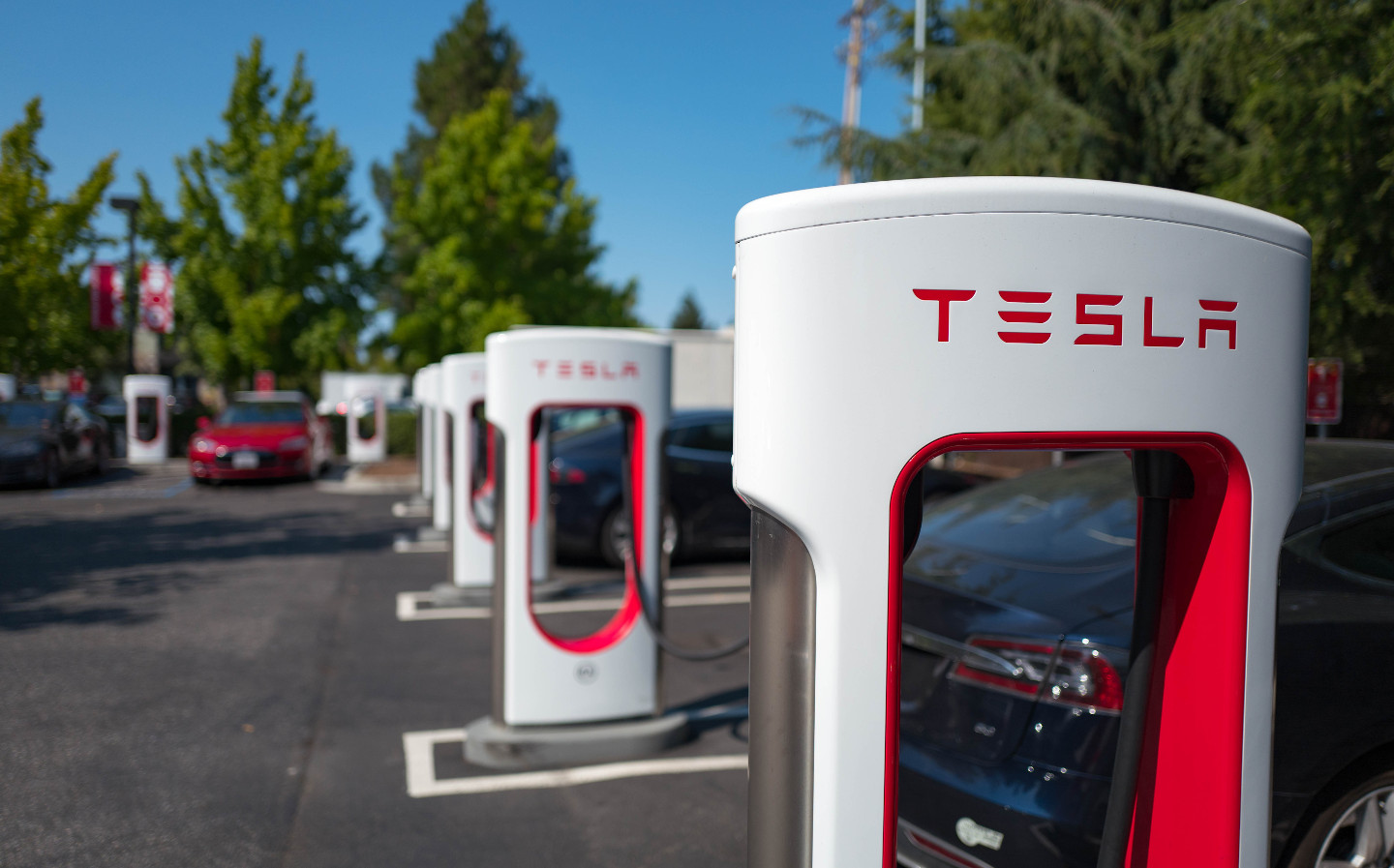 Tesla opens first Superchargers to other makes of car

On another philanthropic note, Tesla is opening its Supercharger charging network to other cars for the first time as part of a trial in the Netherlands ahead of a potential rollout across Europe.

The pilot project will be tested at ten locations, allowing drivers of cars other than Teslas to use the Supercharger network via the Tesla app.

In Europe, Tesla uses the Combined Charging System (CCS) connector as standard, a system also used by companies such as BMW, Mercedes, Ford, the Volkswagen Group and others.

According to Tesla: “This move directly supports our mission to accelerate the world’s transition to sustainable energy.”

Drivers of other cars will, however, be billed extra for using the Superchargers.