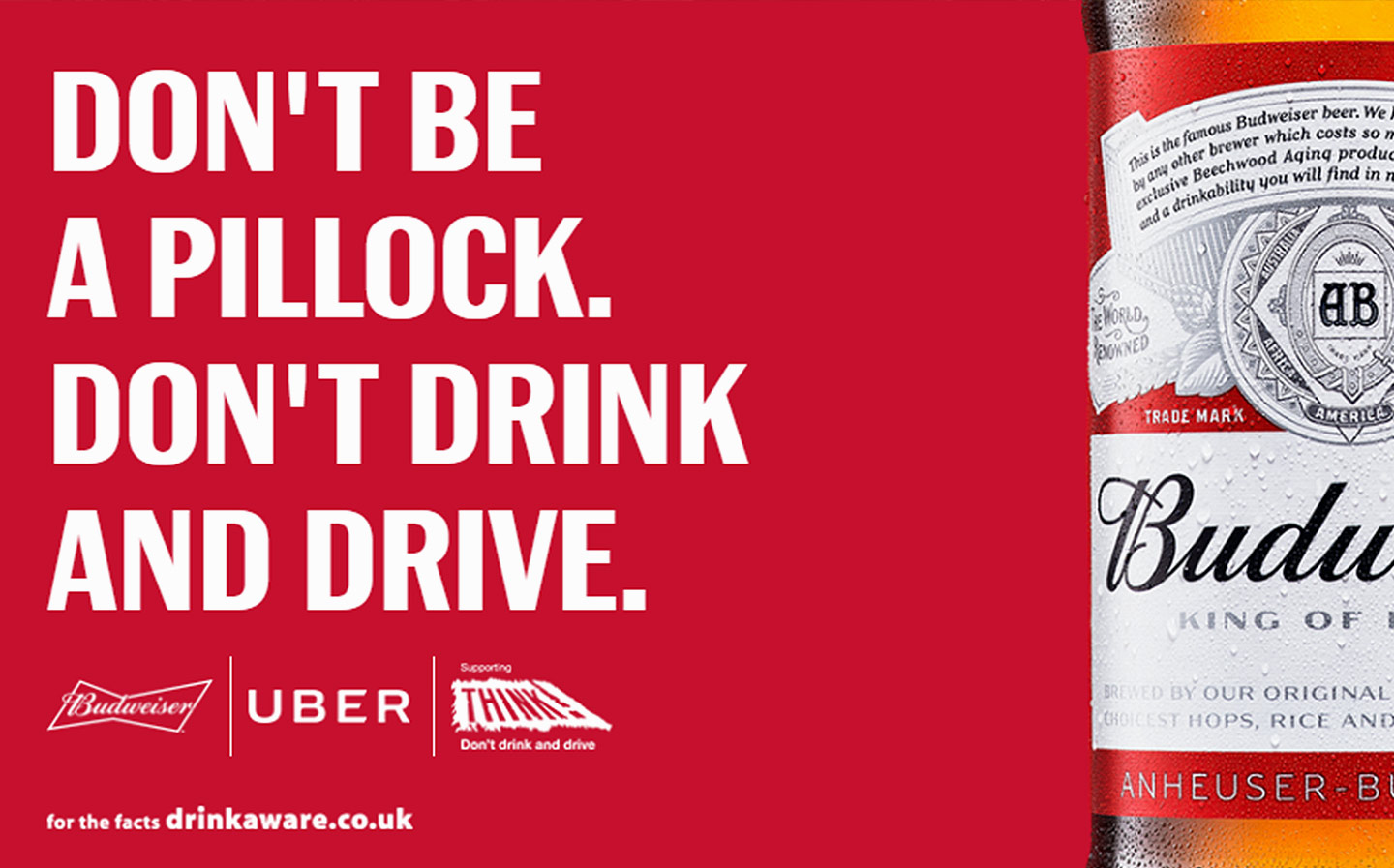 BUDWEISER is offering a free ride home on Christmas Eve to customers of Uber, the app-based taxi firm, as part of its Get Home Safe anti-drink-driving campaign.

The beer brand began offering free rides up to £15 at the beginning of December to new Uber users but its Christmas Eve offer is also open existing users of the service, effective between 4pm and midnight tomorrow, December 24.

Those who want to take part are asked to visit the Budweiser website and fill in an online form, after which an Uber code is sent to them by email.

Steph Okell, Budweiser UK’s marketing manager, said: “We’ve run a lot of responsible drinking campaigns in the past, but for 2016 we wanted to take our commitments to the next level with an initiative of epic proportions that would really have an impact.”

There were 94,961 reported breath tests of car drivers in Great Britain in 2015, with 3,450 of those drivers being shown to be over the limit. In August, the Department for Transport estimated there to have been 5,770 accidents last year as a result of drink driving, 980 of which were “serious”.