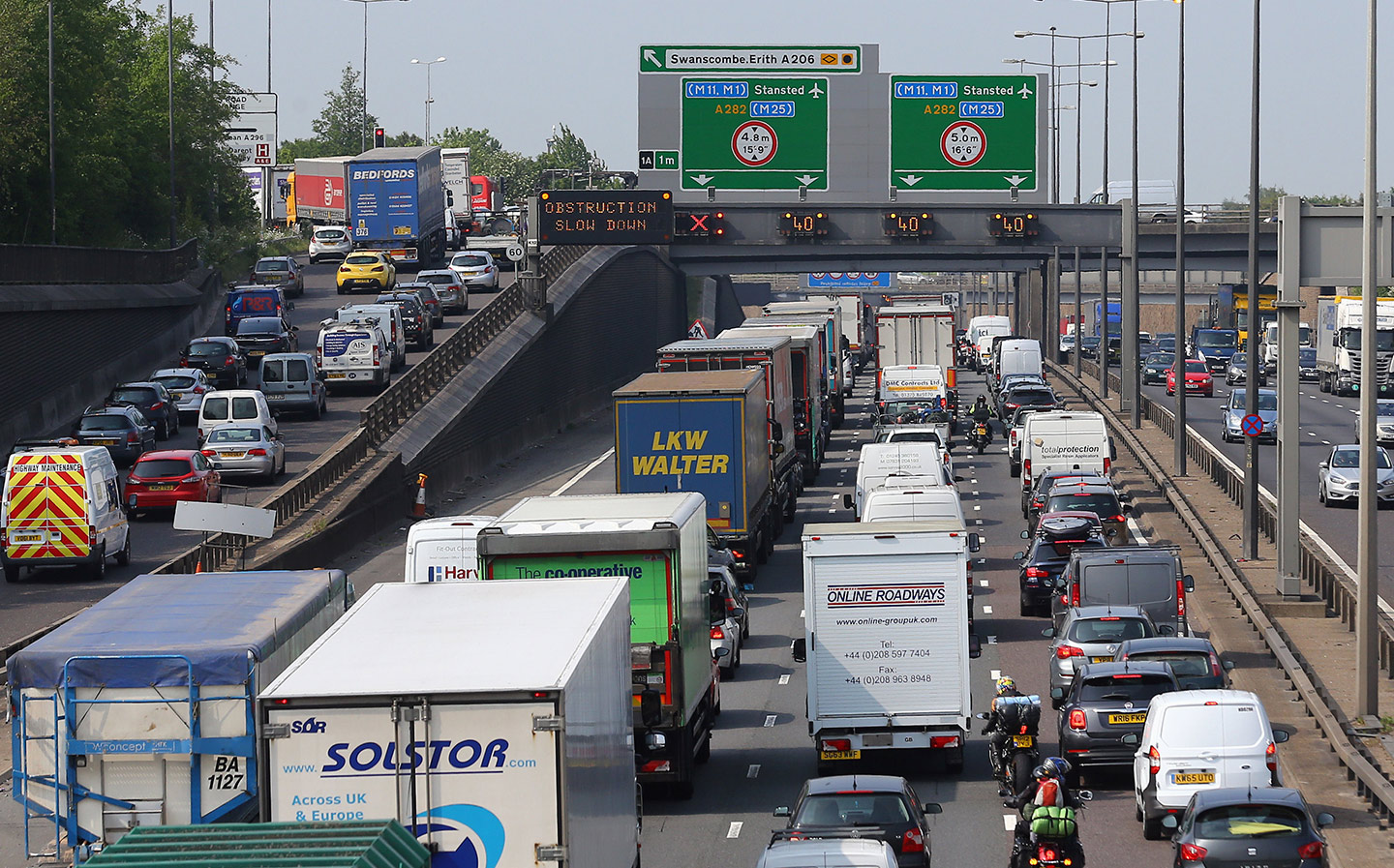 BRITAIN has been named among the ten most gridlocked countries in the world with motorists spending 31 hours a year stuck in peak-time traffic.

A study of congestion found that traffic in the UK was growing worse compared with other countries, costing the average driver £1,168 per year in fuel and lost time.

Britain is the worst country for traffic in western Europe and the tenth most congested globally, up one place from last year.

The study, based on an analysis of 1,360 cities in 38 countries, showed that London was the seventh worst city in the world for gridlock, above all its European rivals including Paris, Rome, Berlin and Madrid.

During the evening rush hour, traffic moves at 3.7mph in central London. The study by Inrix, a traffic data company, prompted warnings that the economy is being undermined.

Graham Cookson, chief economist at Inrix, said Britain should consider “innovative new approaches” such as flexible working hours, road charging, and smart traffic management. “The cost of congestion is astonishing; it takes billions out of the economy,” he said.

Thailand was the most congested country for the second year running, with the average driver stuck in peak-time congestion for 56 hours last year. It was followed by Indonesia, Colombia, Venezuela, Russia, the US, Brazil, South Africa, Turkey and the UK.

In London motorists lost 74 hours, costing £2,430 on average in fuel and lost productivity. Britain’s slowest road was the A406 North Circular between Chiswick and Hanger Lane in west London. The busiest outside the capital was the A34 in Birmingham.

Three Scottish cities had less traffic thanks to projects including improvements to the M8, M73 and M74. Congestion was down 20 per cent in Aberdeen, 15 per cent in Glasgow and 10 per cent in Edinburgh.

A spokeswoman for the Department for Transport said: “The government is taking the big decisions for Britain’s future, underlined by our record £23bn for road schemes.

“We are also giving councils record amounts of capital funding; more than £7.1 billion up to 2021 . . . We’ve announced plans for a new major road network that will give councils access to a multibillion-pound fund to improve or replace the most important A roads.”

British roads are worse than Oman’s and Namibia’s

UK traffic delays are worst in Europe and getting longer