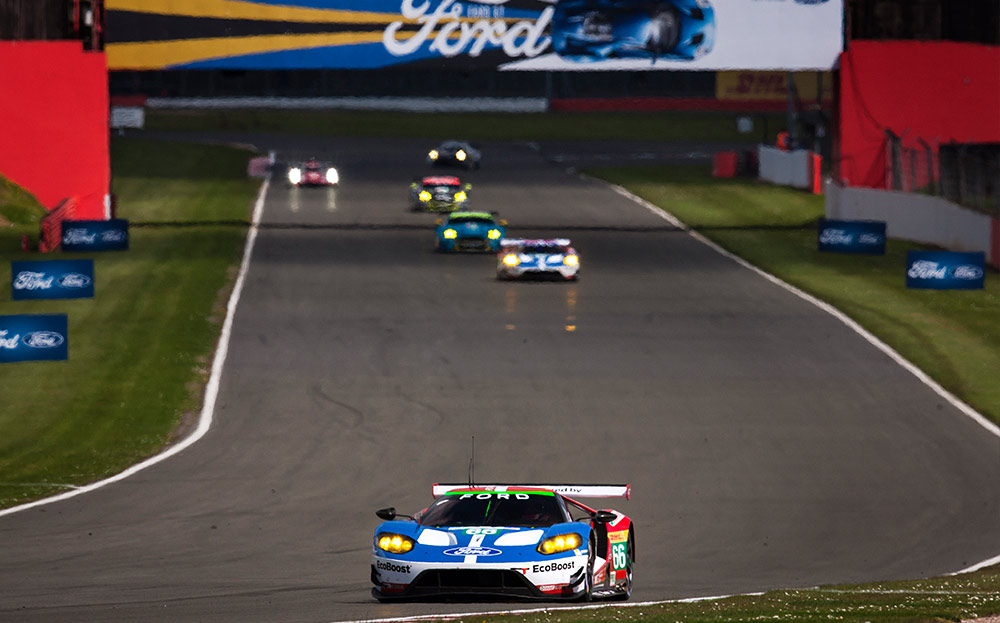 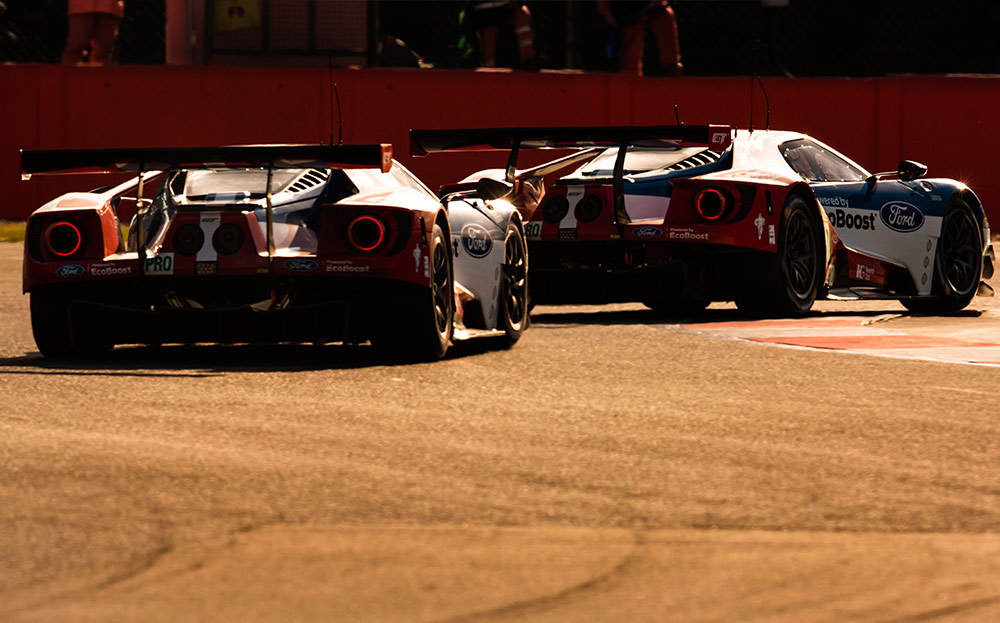 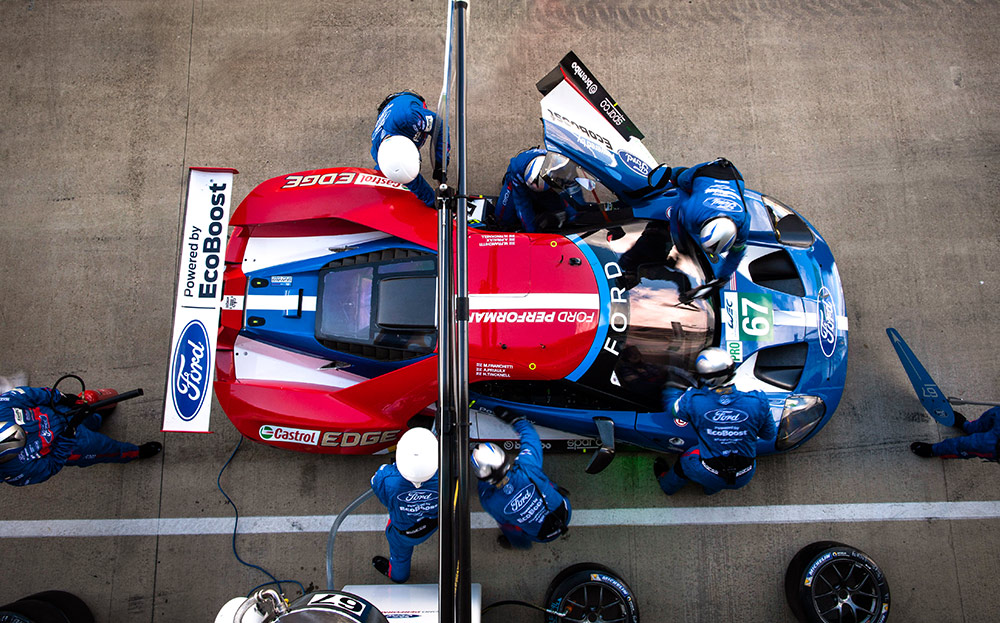 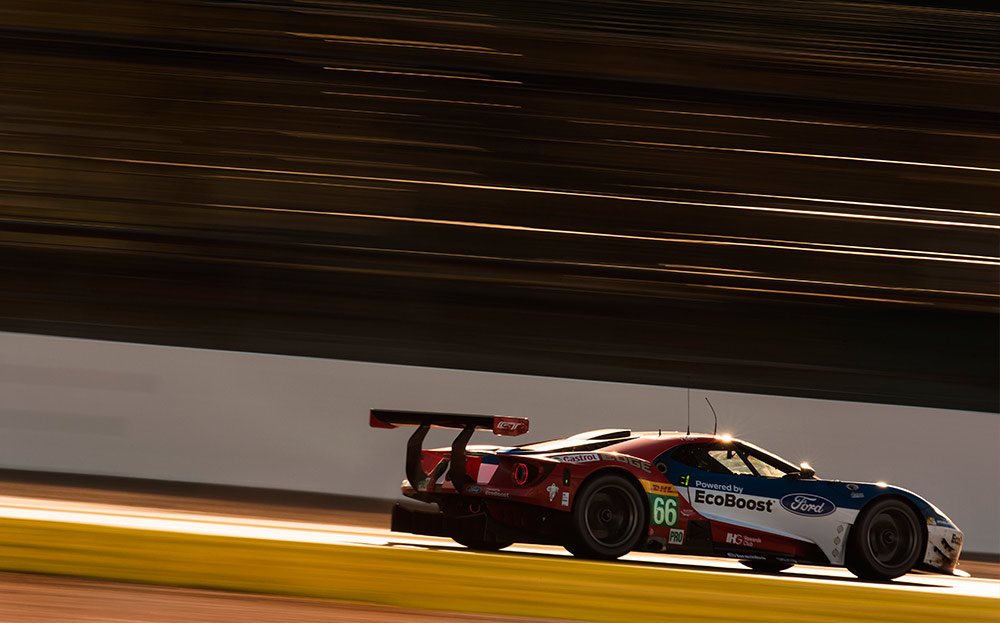 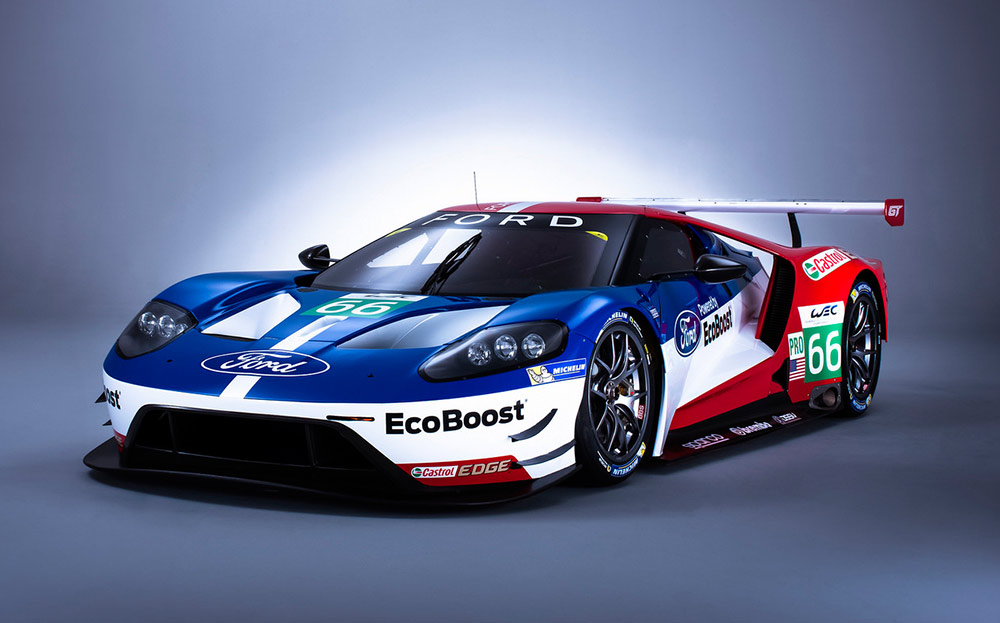 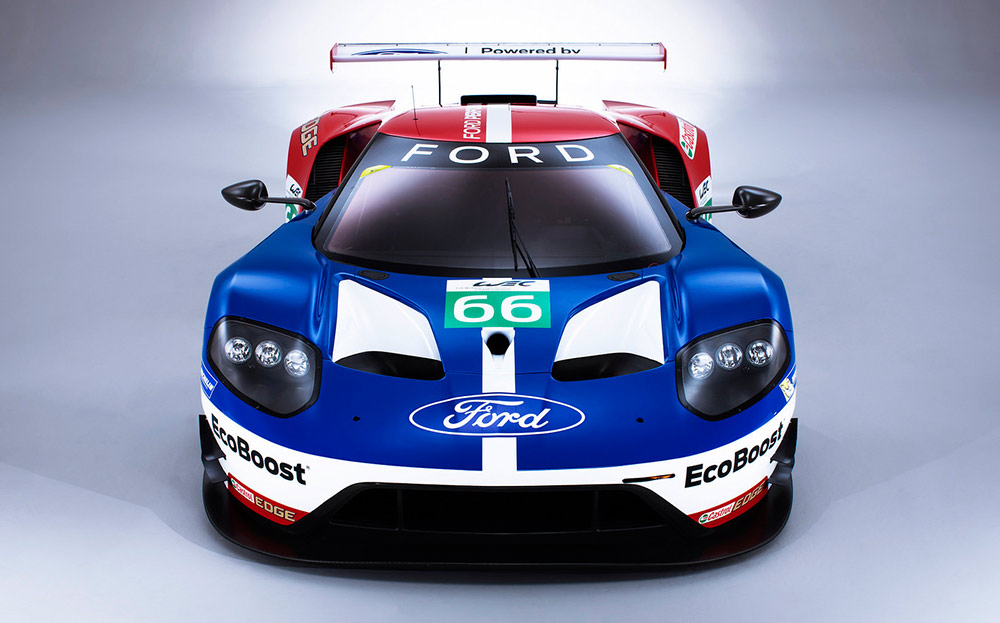 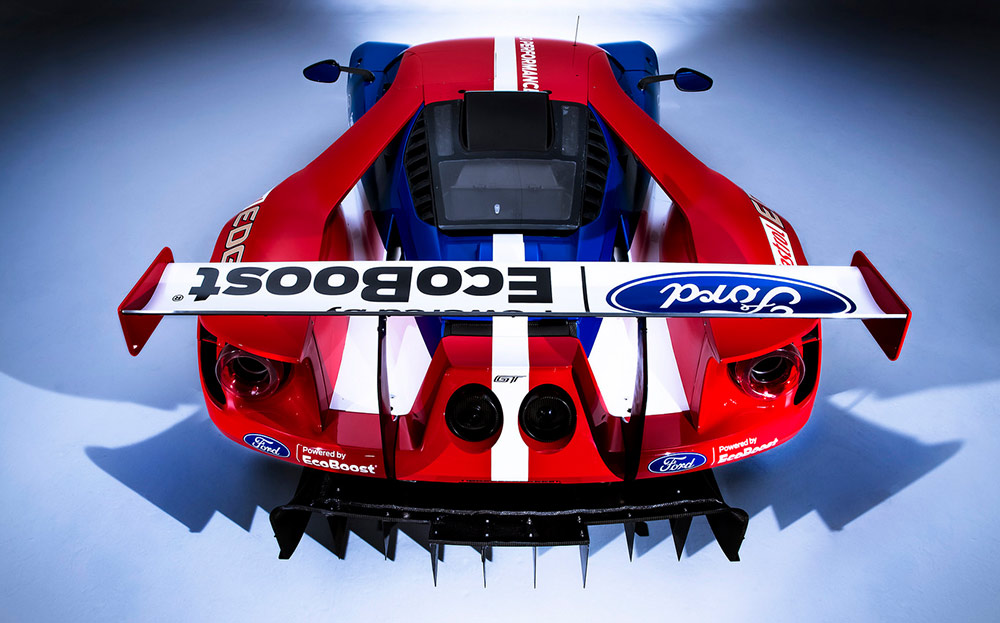 FORD described a largely trouble-free six hour race at Silverstone as a “positive start to the FIA World Endurance Championship” (WEC), as both GT racing cars made the chequered flag yesterday evening.

Ford’s WEC entry will see it return to Le Mans, in June, 50 years after the marque’s legendary 1966 24 Hours victory, when it embarrassed Ferrari by sweeping to first, second and third places overall with the GT40.  Ford won the race with the GT40 four years in a row, from 1966-1969.

It wasn’t a dream return at Silverstone, though. Despite a strong start, the two Ford GT cars — driven by Marino Franchitti, Andy Priaulx and Harry Tincknell, and Billy Johnson, Stefan Mücke and Olivier Pla — were outpaced by AF Corse Ferrari’s two 488 GTE entries throughout the race. The Ford GT and Ferrari 488 — reviewed for Driving exclusively by James May — will also be fierce rivals on the road when the first Ford’s roll off the production line later this year. The pair represent the latest and greatest when it comes to mid-engined sports car design.

The 488 seems to have the advantage on the race track, at present. A stunning drive from the back of the field by Gianmaria Bruni and British teammate James Calado, following a penalty for changing the engine pre-race, completed a Ferrari one-two in the GTE Pro class, behind Davide Rigon and Sam Bird in the sister 488. Calado and Bruni were posting consistent two-minute dead lap times, with a fastest lap of 1:58.885, while the best Ford lap of the race was 2:01.214.

Ford also faced stiff competition from the Aston Martin Vantage GTE cars and finished fourth and fifth in class, behind the Aston of Nicki Thiim, Marco Sorensen and Darren Turner, suggesting the Blue Oval will have its work cut out at the coveted Le Mans 24 Hours race in June.

However, with half the battle in endurance racing being simply to make it to the finish line without mechanical gremlins or collisions on track, Raj Nair, executive vice president and chief technical officer, Global Ford Product Development (aka the man in charge) was upbeat when reflecting on the team’s challenge at Silverstone.

He said: “Considering it was the first race with a new car and a new team we had a clean run. We’re very happy that the car ran well mechanically. We had a couple of issues; we were caught out on safety car timing and we lost radio with Olivier (Pla) towards the end of the race, which had an impact on strategy. This is a great start, though, and a good stepping stone to the Le Mans 24 Hours.”

Speaking to Driving before the race, Nair said that he considered the early season WEC races to be steps towards the main focus of Le Mans and that he has realistic expectations about developing the GT racing car. “We don’t come to races just to fill the grid, we come to race to win, and put the resource towards that goal of winning,” he said.

“But at the same time we also know how long it takes to develop a successful programme. It’s a very short timeline. We have the right car, the right team, the right drivers, and we just need time to develop all of that.”

The 2016 Ford GT racing car features the same 3.5-litre twin-turbo V6 EcoBoost engine as the £250,000 road-going GT, which was unveiled in January 2015, and is said to produce more than 600bhp. Bodywork is modified from the road car to increase the aerodynamic effect. Weight is reduced further from the road car, which is already described as “exceptionally rigid but light”, thanks to use of lightweight carbonfibre materials and chassis construction methods.

GTE Pro regulations require that high volume car makers produce at least one car per week and the first Ford GT road car must be produced by the end of 2016 to meet the homologation rules. Ford says it will produce 250 cars per year at the Canadian facility of its motor sports partner Multimatic, but total production will be fewer than the 4,000 examples of the previous Ford GT, which was built in 2005 and 2006.

Nair says applications for the first 500 Ford GTs are being taken “right now”. Reports suggest only a handful will make their way to the UK so the road-going Ford GT will remain a rare sight on British roads.

In an incident-filled Silverstone 6 Hours race, Audi surprised many by crossing the line in first place overall with its #7 R18 LMP1 (Le Mans Protoype) car before the Ingolstadt-based company was excluded for a technical irregularity, handing the win to Porsche.

The Porsche  919 Hybrid is considered by many to be the dominant force this year but a spectacular crash by the leading 919 of Brendan Hartley, while overtaking a GTE Am (amateur) Porsche 911, handed Audi an opportunity to take the chequered flag.