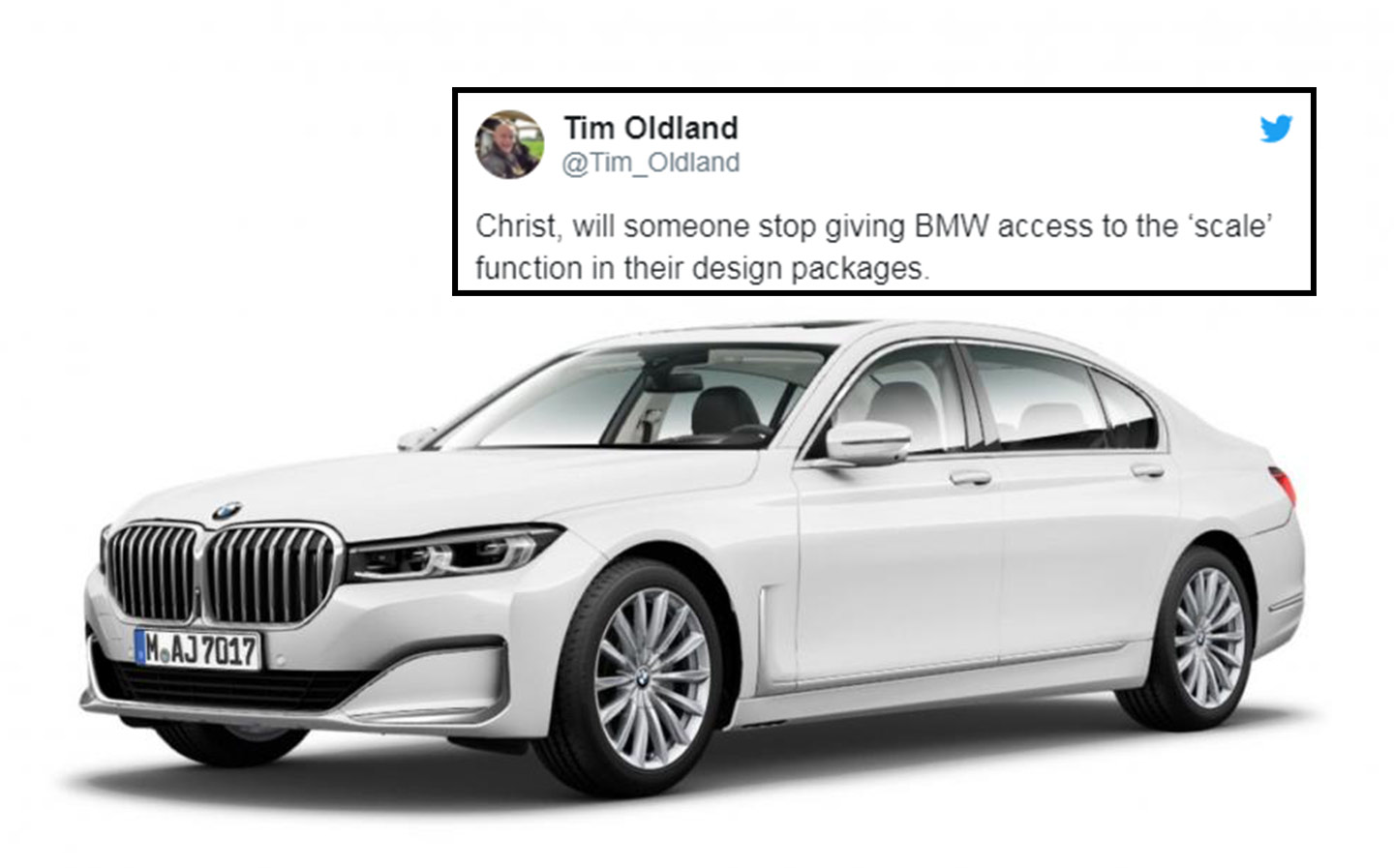 THE FIRST pictures of the new BMW 7-series have been leaked online, and it has what has been described as an X7-inspired “epic” grille. Epic enough, it seems, to attract significant interest on Twitter. Here are some of the funniest reactions so far.

Give this man a job, BMW

So, with my BRILLIANT foresight, I present to you the 2025 BMW 7 series! pic.twitter.com/UCvQE97nAy

New ‘leaked’ images of the BMW 7 series reminds me of somethign pic.twitter.com/gqhHSo50sJ

When going to Specsavers doesn’t help

I’m aware that I’ve recently had my eyes tested. But is this really the face of the new BMW 7-Series? Because I may have to ask for a refund #ffs pic.twitter.com/TDeNIjPPZ1

A breath of fresh air?

Call that a grille? This is a grille…

Roll up in my grille

2025 BMW 7 Series. Visibility could be an issue pic.twitter.com/AMhPPMff3c

The gate to the hell! Oh my God, what is happening in BMW’s design?

What’s happening at BMW? If this image of the facelifted 7er is to be believed they’ve fallen off the design wagon again having only just wearily clambered back on… pic.twitter.com/ahLCqTfw1e

Shitting heck that is….. gopping. Someone please wrestle the pens off BMW’s design people before they do any further damage.

Christ, will someone stop giving BMW access to the ‘scale’ function in their design packages. https://t.co/mdIRVvMaMr

Getting in is easy, but getting out…

Like it should have emaciated arms of the imprisoned reaching out….

Just in case you needed reminding how nice a 7 Series CAN look… pic.twitter.com/IAhRLNB0qL

In the interests of balance…

Could this be the new 2020 #bmw7series ? I just really hope their main car commercial model (if this is even a word) don’t use those hideous #bmwx7 wheels. Love the new giant grill! #bmw pic.twitter.com/JrwIC1nCFj