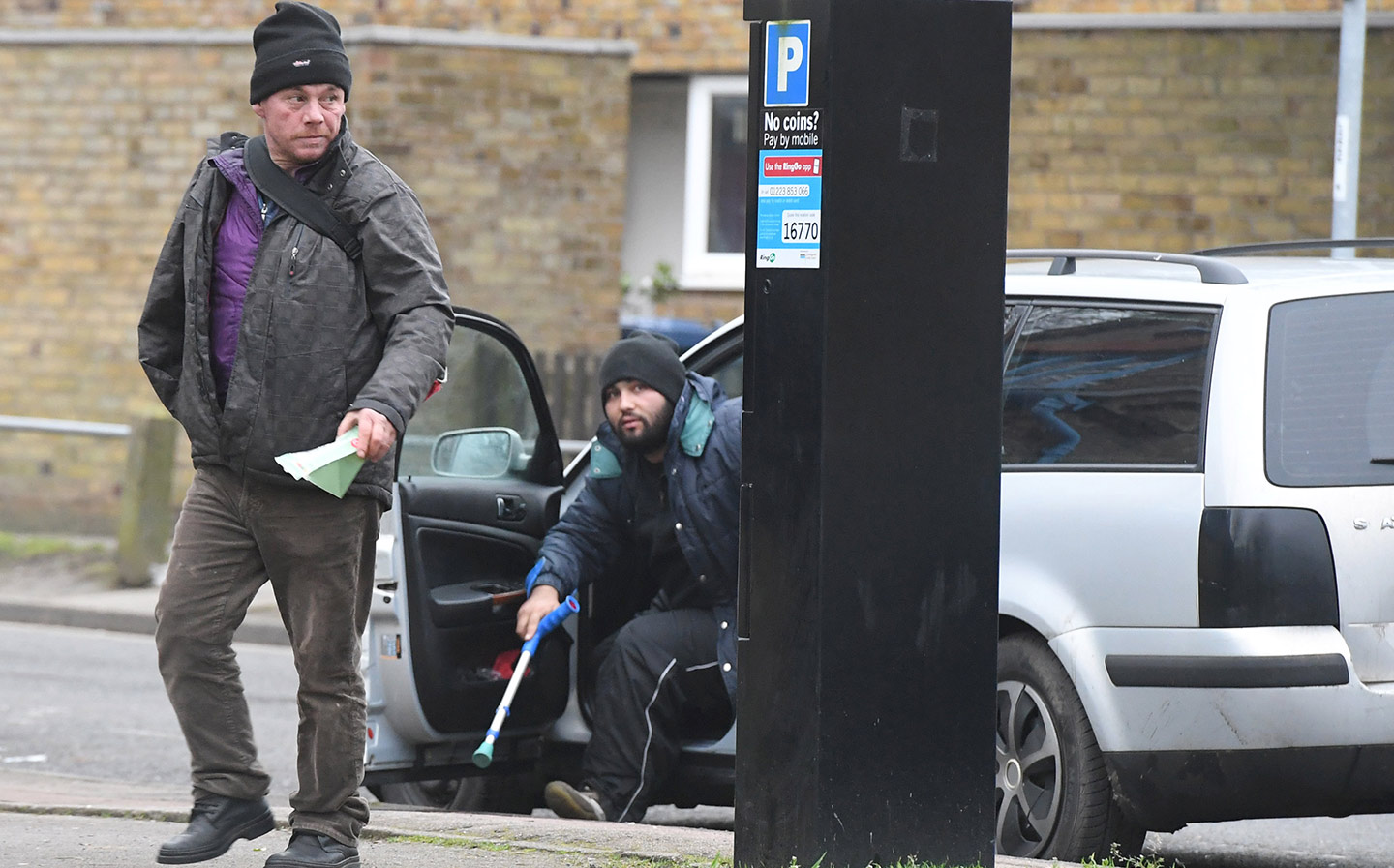 THREE beggars have been filmed paying to park their car before walking to their regular spot in the city centre. There they ask for money, claiming to be homeless.

The two men and one woman were filmed by a resident who noticed them parking their car in the same place on Saturday mornings and then walking into Cambridge city centre to beg. The silver Volkswagen Passat estate has Romanian numberplates.

One of the men uses a small crutch and appears to be disabled. The other man has one arm.

The man who filmed them, who does not want to be named, said: “They’ve been parking in the street for months and then walking into the town centre to beg. The parking meter is 50p an hour and they usually get there about 8am and come back about 6pm. Often when they get out of the car they change into rougher clothes before they head off to go begging. They’re well known in the city centre. I think people will be shocked to find out they drive in, fill up a parking meter and then go begging. People should know the truth.”

The three people separated before heading into shopping arcades to beg. When confronted, one of the men claimed to be Italian and unable to speak English.

Cambridge police recently published figures which showed that four out of nine people arrested for begging were not sleeping rough as they claimed. Some were earning hundreds of pounds a week asking for money.

Inspector Nick Skipworth said: “We know that not all those who beg are homeless and not all homeless people beg. However, organised activity such as this is a priority for us because we are aware this group targets other cities.

“We are working closely with partner agencies including Cambridge city council to tackle antisocial behaviour and meet weekly to discuss issues which include begging and associated criminality. We would always encourage members of the public who want to help genuine homelessness to donate to Cambridge Street Aid or one of the city’s many charities and organisations instead of giving cash directly to those on the street.”

Police have drawn up a blacklist of “phoney beggars”.

After the arrest of one man at Cambridge railway station an officer tweeted: “Attd Station yesterday for ‘Begging’ — offered help with accessing provision turned out he had housing & benefits. Not so needy. Moved on!”

The three people photographed in Cambridge are believed also to be begging in other towns and cities.

Lewis Herbert, the leader of Cambridge city council, said: “There are a number of rough sleepers in Cambridge and we work closely with the police to identify them and give them assistance. We know that some people who beg on Cambridge’s streets already have a place to live, while some genuinely homeless people choose not to beg. While we are aware of visits from groups coming into the city from elsewhere to beg, these cases are thankfully rare.”