AMID THE tide of humorous cards, engraved tankards and novelty T-shirts, it’s easy to forget that Father’s Day is a fraud. The kind words and generous presents are a cover for the deepest rivalry that exists.

From that crushing moment your father leapfrogged you in Ludo, to the moment you finally outran him or got more correct answers on University Challenge, growing up for many sons can be seen as one challenge: to outdo Dad.

So imagine growing up as the son of a Formula One driver who spent his weekends racing against Ayrton Senna, Alain Prost and Michael Schumacher. You would see him leap onto the podium as you struggled to toddle into the kitchen. That was childhood for Alex Brundle, the son of Martin Brundle, who now commentates for Sky Sports.

Alex is also a racing driver — albeit a rookie compared with his dad — so what better way to celebrate Father’s Day than to see if Alex has reached the stage where he can beat his old man at his own game?

From that crushing moment your father leapfrogged you in Ludo, growing up for many sons can be seen as one challenge: to outdo Dad.

To find the answer, we pitched Alex against his father in a single-lap showdown to set the quickest time. Now 23, Alex is part of the Oak Racing team, competing at Le Mans this weekend. Could his youth and quick reactions bring him victory, or would Martin’s experience, gathered from 12 years at the top level, prove the decisive factor?

The two drivers mustered at a damp Bedford Autodrome for the challenge. They were driving Le Mans-style prototype sports cars and we allowed them some practice laps in the 165mph 3-litre V6 cars before the showdown.

Buy your next car at Driving.co.uk

Stoked on adrenaline, Alex went first. The pressure was on as the engine roared, the tyres squealed and the car squatted down and then zoomed away. He looked lightning quick, hitting the brakes so late in the corners that the ambulance drivers started fiddling with the stretcher. 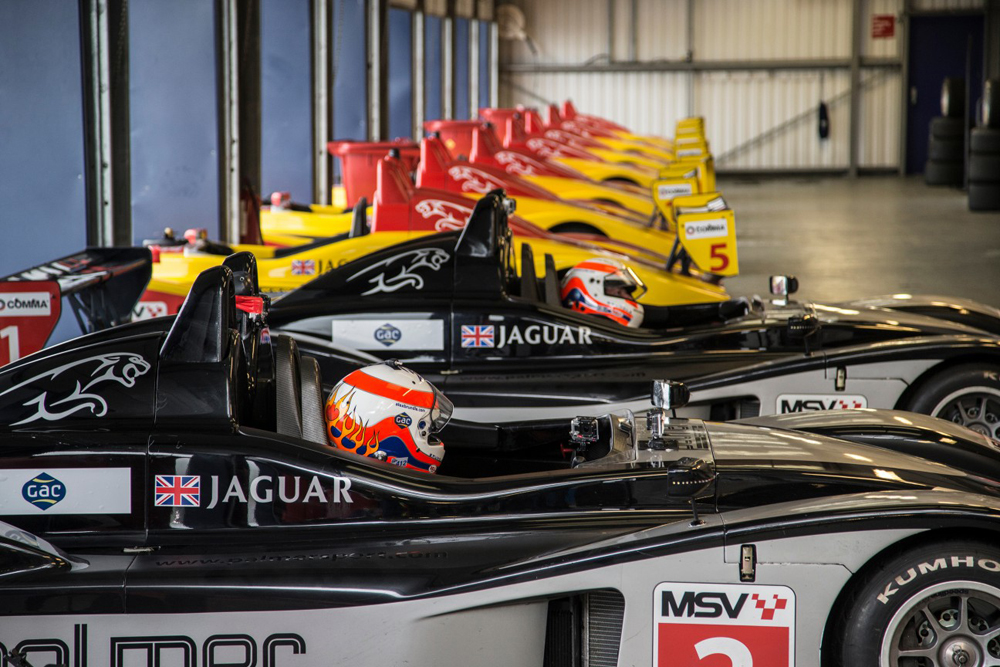 Then it was Martin’s turn. A veteran of 158 grands prix, he knows how to make a decent start, and while he might have seemed a touch earlier on the brakes than Alex, the wiggling of the car’s rear end showed he was hard on the limit.

Finally, it was the grand reckoning. The stewards conferred; the times were in. It was a respectable 1.33.60 lap time for Martin, 55, but he was blown away by Alex with a stunning time of 1.28.74.

If Alex was tempted to crow, he buttoned his lip after a warning look from Dad. “Remember,” said Martin: “I’m your manager and your sponsor.” 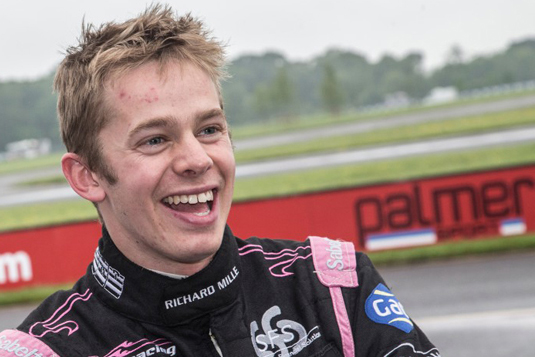 THIS COMPETITION may have happened in the middle of my preparations for this weekend’s Le Mans race, but I turned up suited and booted, with my race helmet and my favourite, stickiest gloves. If I didn’t come first, I’d be disappointed.

Before we set a timed lap, we took a few sponsors’ guests around as passengers and we were soon going flat out, wheel to wheel. I’m not sure the guests realised how hard we were pushing, although of course we were sensible and didn’t make contact.

To share that, to be able to race wheel to wheel with your dad at world-class pace, truly is a gift and an experience I’ll remember for ever — I’ll keep reminding Dad of the result too.

I have had opportunities and experiences and chances that other people don’t have because of who my father is. I owe it to people who don’t have those opportunities to make the most of those chances.

When I was younger, I couldn’t believe that I would ever beat my dad, the famous F1 driver. It used to be something that stressed me out: I was like a baby looking up at the stairs and all I saw was this great mountain in front of me that was impenetrable and impassable.

But as I grew older, I realised that everyone was making their own journey and that I should make the most of the opportunities that I had been handed, improving in small steps. As soon as I realised that, it felt as though the pressure had been taken off me.

And in the end it’s the hard work that’s paid off. I don’t think I’m a successful racing driver just because my dad is Martin Brundle. I wouldn’t say that I was a natural racing driver just because I’ve inherited his genes. I’ve taken my time to do this and I’ve been trained since I was eight years old. You just have to do it again and again and again until you’re brilliant at it. 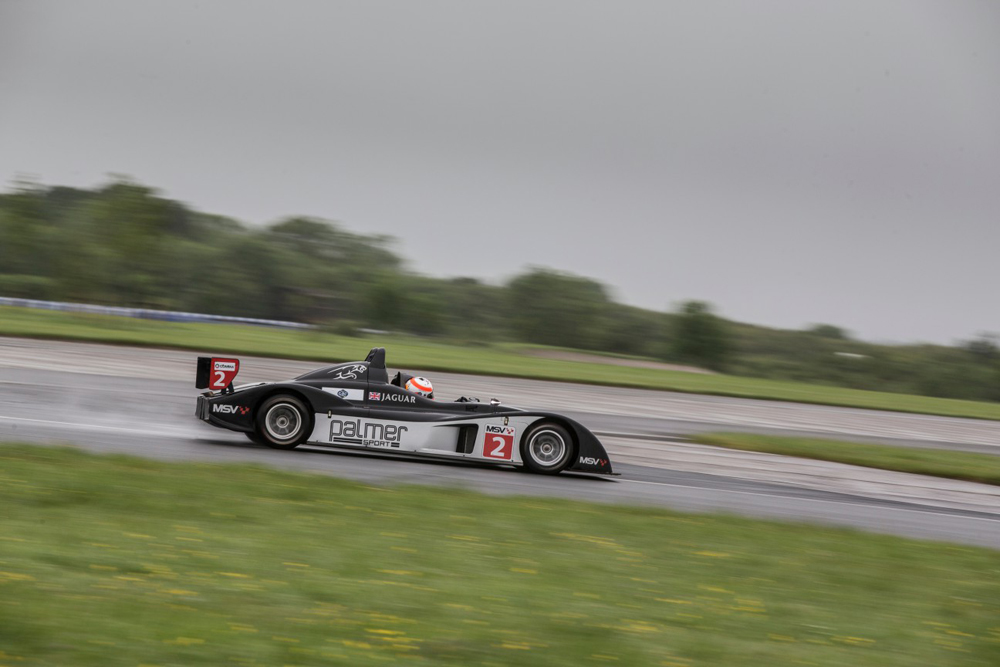 Often the most naturally talented falter because they find their level and can’t move past it. They go through the first part of their career being naturally brilliant and then all of a sudden they come up against something hard and they have to work and learn and they have no experience, so they struggle.

I have had opportunities and experiences and chances that other people don’t have because of who my father is. I owe it to people who don’t have those opportunities to make the most of those chances. If I don’t, it would be disrespectful.

It took a long time for Dad to be OK with me being faster than him. Now we’ve grown past that and we are happier for each other if we deliver a great performance but, yeah, there’s still a bit of needle there for sure.

Dad’s come up with quite a few excuses for losing in the head to head, but I’ll be fair to him and say I did have an unfair advantage — and I’m not talking about cutting corners.

It’s because I’m driving a very similar car at Le Mans, so I’ve been in the middle of intensive race preparation. I don’t think I’d have lived it down if I had lost.

What did you expect? Martin Brundle responds 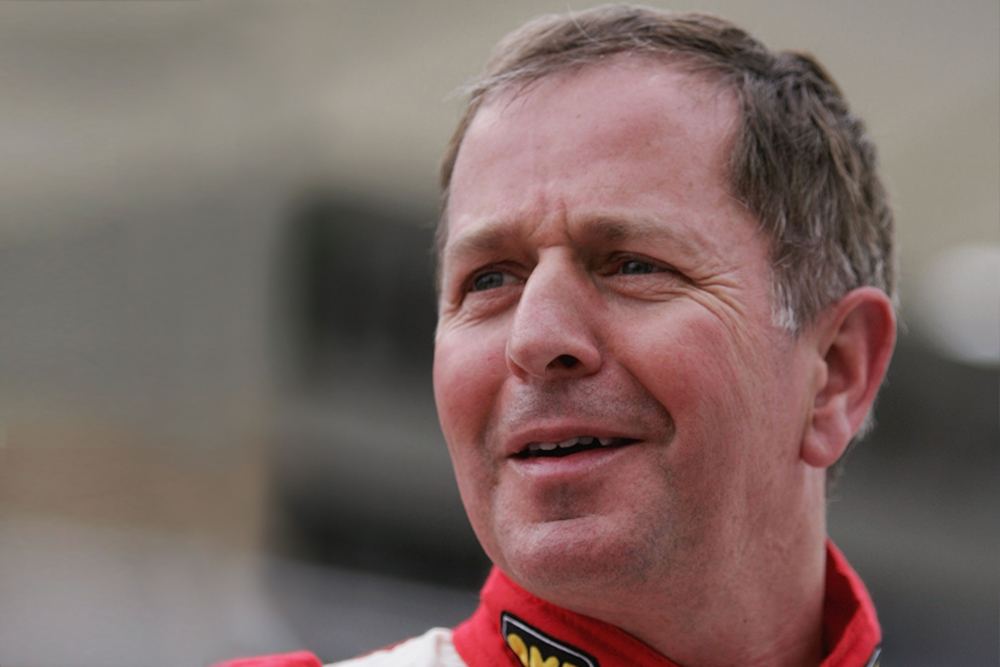 BEFORE I get started, I should point out that Alex used to be an instructor at Bedford, so he knows the circuit better than me, especially when it’s outrageously slippery, as it was when we were on the track. He also knows the bits where he can “stretch the limits of the track”, shall we say, and I definitely saw him minimising some corners! As a commentator, I would always put my money on the 23-year-old pro. Not the 55-year-old turning up in a hurry.

As you can see, I’ve consulted the latest edition of the racing driver’s book of excuses.

Dads want their sons to do well, but when that involves losing to them it can be tough, especially in our family. Even a game of Monopoly becomes super-competitive. When Alex is up against me on the track, he checks my lap times all day long. And I do the same for his.

I’ve seen too many children living the dream of racing, only to find that the dream stops and they’ve spent all their money and had no education, so I compromised with Alex, who has a good degree in business management, A-levels and GCSEs. I’ve always thought that if you’re good enough, you’ll make your way anyway, and that’s what Alex is doing. He’s on fire at the moment and, joking aside, I’m happy to accept that he’s faster than me.

The first time I noticed it was when we raced in the same team at Le Mans in 2012. At first I was faster, but as the week went on, it was Alex setting the faster times. I think he was about a second a lap quicker than me. 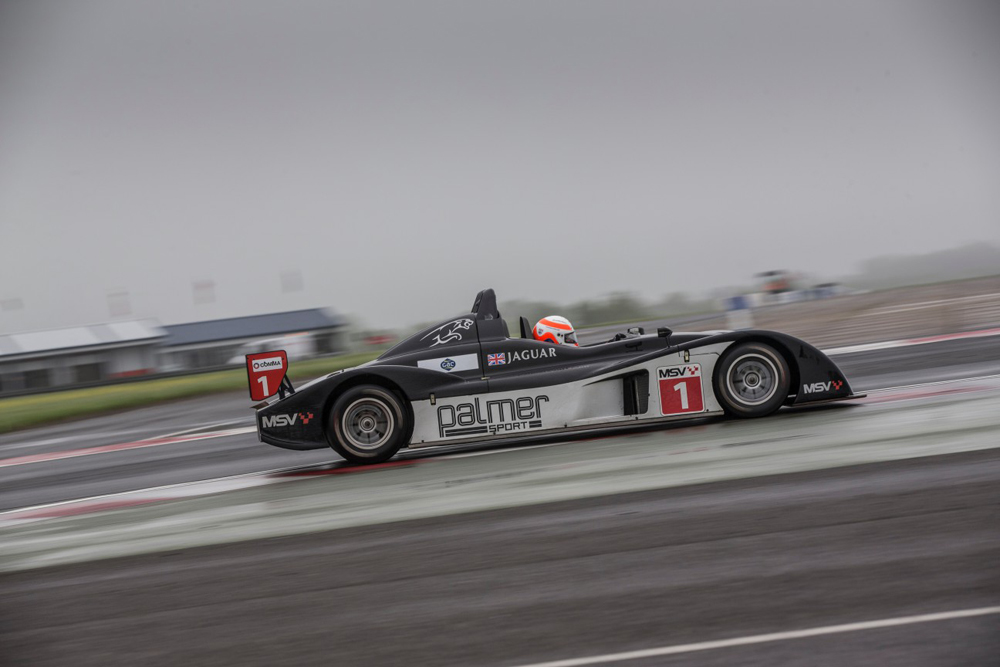 That’s the way it should be. Your children have the benefits of your experience combined with a more comprehensive training. I learnt the hard way, starting with banger racing at the age of 12. When Alex started karting, aged 10, he had a data recording system on his cadet kart. I thought, “That’s more data than I had in the first seven years of being an F1 driver.”

Young drivers have so much information that they’re bound to be better equipped earlier. They also have supreme confidence in the brakes because they’ve come from an era when brakes don’t fail, and even if something goes wrong, they are surrounded by a carbon fibre survival cell.

I’ve seen too many children living the dream of racing, only to find that the dream stops and they’ve spent all their money and had no education, so I compromised with Alex, who has a good degree in business management, A-levels and GCSEs.

That’s not to say Alex has nothing to learn from me. I think racing drivers peak between 28 and 34, which means in my book he’s still got a lot to learn, and I’m expecting to fill in some gaps.

Don’t write off older drivers. Some former champions say they have no desire whatsoever to race a car but I still have a huge passion to keep racing and I’d do more if I weren’t so busy. As you get older, your reactions and your eyes deteriorate and you’re slightly more cautious, but I still feel I’m quick enough.

I wasn’t expecting to beat Alex. I know — straight from the racing driver’s book of excuses, page 7 — that he’s about two stone lighter than me, which should make him quicker. The rest is fitness, desire and desperation to become a pro.

So I don’t think I did too badly for a 55-year-old. Alex has the edge on me and I’m comfortable with that.

Buy your next car at Driving.co.uk