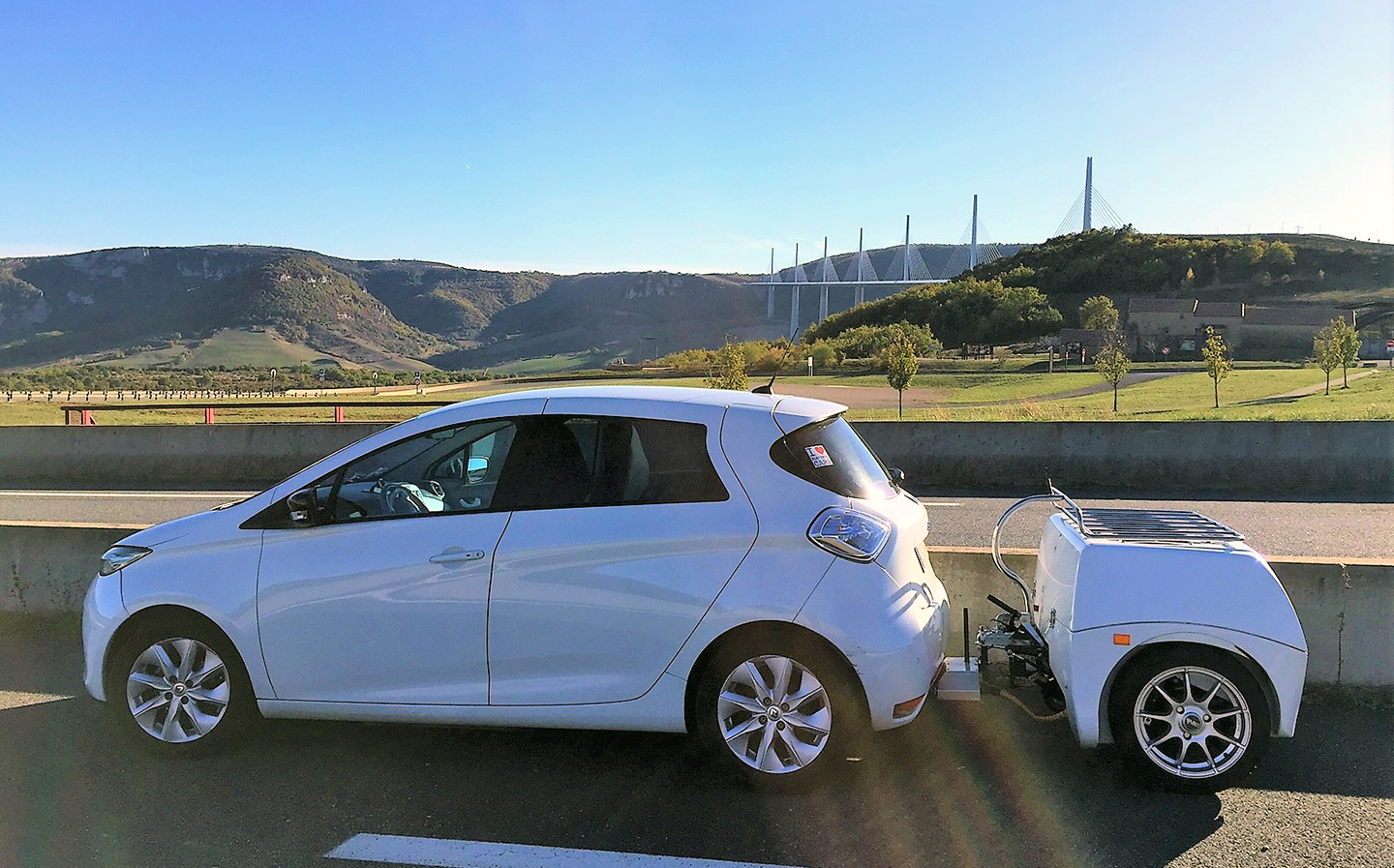 WHILE ELON Musk claims his Tesla Motors company is closing in on a 400-mile range electric car, even Teslas can’t yet match the non-stop range of most petrol and diesel equivalents. This means that while long-distance motoring is possible in an electric vehicle (EV), and actually not too much of a chore if you’re in a 300-mile rapid-charging model and have your rapid charging stops planned out, long trips in most EVs currently on sale (and planned for the near future) can be a stop-start slog.

However, EP Tender, a company based near Paris, has come up with an innovative solution. They plan to offer rentable power banks to long-distance EV drivers, claiming that the Renault Zoe electric supermini with a range of up to 245 miles, could go 341 miles with a 36.5kWh “battery tender” attached to the rear. Within five years, they want to offer a tender with near twice the capacity.

They also propose a replacement service that could supply a new power banks while on the road, in a similar manner to current breakdown cover. The proposed cost of a day’s rental of the 36.5kWh model is €17 (£14).

The renting system offers a solution to city residents who only rarely need to do long distance journeys, enabling them to purchase a smaller, more affordable EV with a more restricted range. This could also be environmentally sensible, negating the need to mass produce and fit cars with the large batteries needed for infrequent long-distance travel.

The rentable range extender system is in the development stage, with Jean-Baptiste Segard, the company’s founder and CEO, hoping for to roll out the product in the next two years. He sees the idea as a successor to petrol stations.

“Commercialisation will start as soon as mass market EVs are homologated for towing, which will be the case from 2022,” he said. In the meantime, the company is planning on commencing field tests, and is hoping to accelerate its development with the support of EU innovation funding.

However, this does not solve the problems faced by all long-distance drivers. For example drivers who are already towing something, such as a caravan, boat or horse box, would not be able to use the technology. This has lead people to question how far the technology could go.

Here’s a question…. could a caravan be fitted with lithium ion batteries and electric motors to increase EV range?

When asked if the technology could apply to a caravan, Segard said that the idea is “conceivable, but the total weight would become significant, as well as the cost. And in such case you can’t swap the caravan when depleted.” He said that a plug-in hybrid vehicle would be a better option for towing a caravan.

However, technology for electric-enthusiast caravaners is in the pipeline. Caravan company Dethleffs has presented concepts for both an electric motorhome, fitted with solar panels, and an electric caravan which has its own power supply, rather than depleting the range of the attached car.

Traction relief modules in the e.home coco allows pre-defined distribution of the load between the car and the caravan, allowing the user to maximise the use of both batteries, as well as allowing the caravan to be towed by smaller electric cars. In addition, the caravan recuperates energy when going downhill, as well as gaining power from solar panels.

While Dethleffs have reportedly been testing the tech, an electric caravan has yet to come into production.