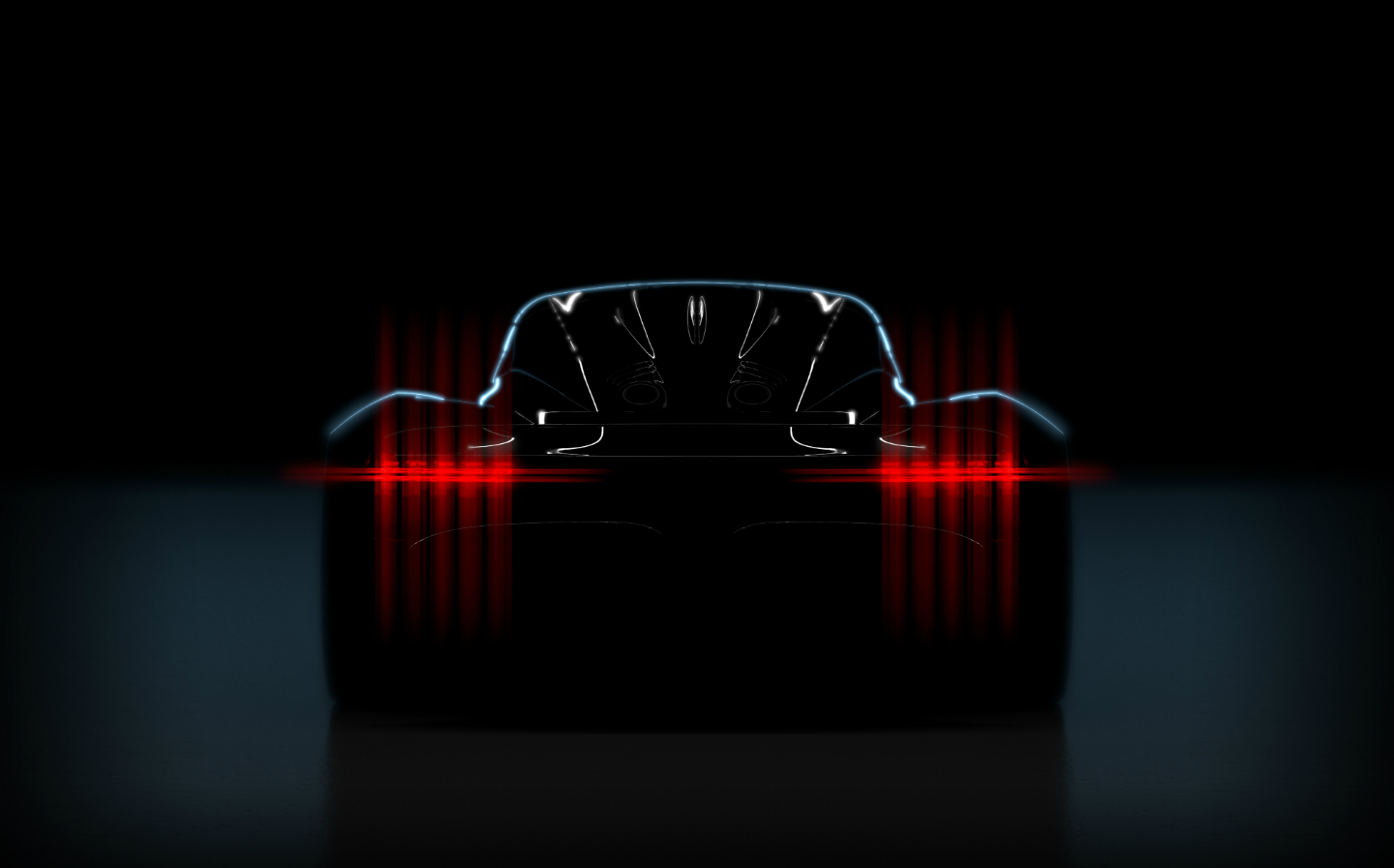 ASTON MARTIN has yet to wrap up work on its forthcoming Valkyrie and Valkyrie AMR Pro but that hasn’t stopped the British car maker from developing its third hypercar — and here’s best look at it yet, direct from our friends in Aston’s press office.

The latest product of the company’s partnership with the Red Bull Racing F1 team’s Advanced Technologies division, “Project 003”, as it’s still known, uses technologies developed for the Valkyrie and should also prove to be a formidable track weapon.

Whereas the Valkyrie is powered by a naturally-aspirated V12 engine in concert with an electric motor, Project 003 will feature a turbocharged petrol-electric hybrid powerplant. It will sit within a lightweight structure, with Valkyrie-based active aerodynamics and active suspension helping improve track performance.

Of particular note is the 2021 launch date, which coincides rather nicely with the debut of new regulations in the World Endurance Championship that will see hybrid hypercar-derived cars replacing the exisiting LMP1 prototypes at the Le Mans 24 Hours race.

Extra details we can just about glean from the low-light teaser image include a massive rear diffuser, shrink-wrapped bodywork and a huge roof scoop to feed air to the engine.

However, Project 003 promises a number of concessions that should mean it’s rather more suited for road use than its 001 and 002 predecessors. Unlike the left-hand-drive-only Valkyrie and Valkyrie AMR Pro, the 003 can also be specced with a steering wheel on the right, and Aston Martin claims it will even have space for luggage – though don’t expect much more than space for overnight bags.

By the time it gets a proper name and arrives on the road, the Aston Martin Project 003 will likely be entering the start of a very busy period for exclusive hybrid hypercars. Ferrari’s LaFerrari successor is expected to burst onto the scene in 2022, and McLaren has confirmed its P1 replacement will arrive no later than 2025. If you want to get on Aston’s 003 waiting list, you’d better hurry: only 500 coupé models will be produced.

All this Project 003 talk got us thinking, though… what might we expect from an Aston Martin “Project 007”, should it ever be developed? We’re all shaken and stirred just thinking about it.