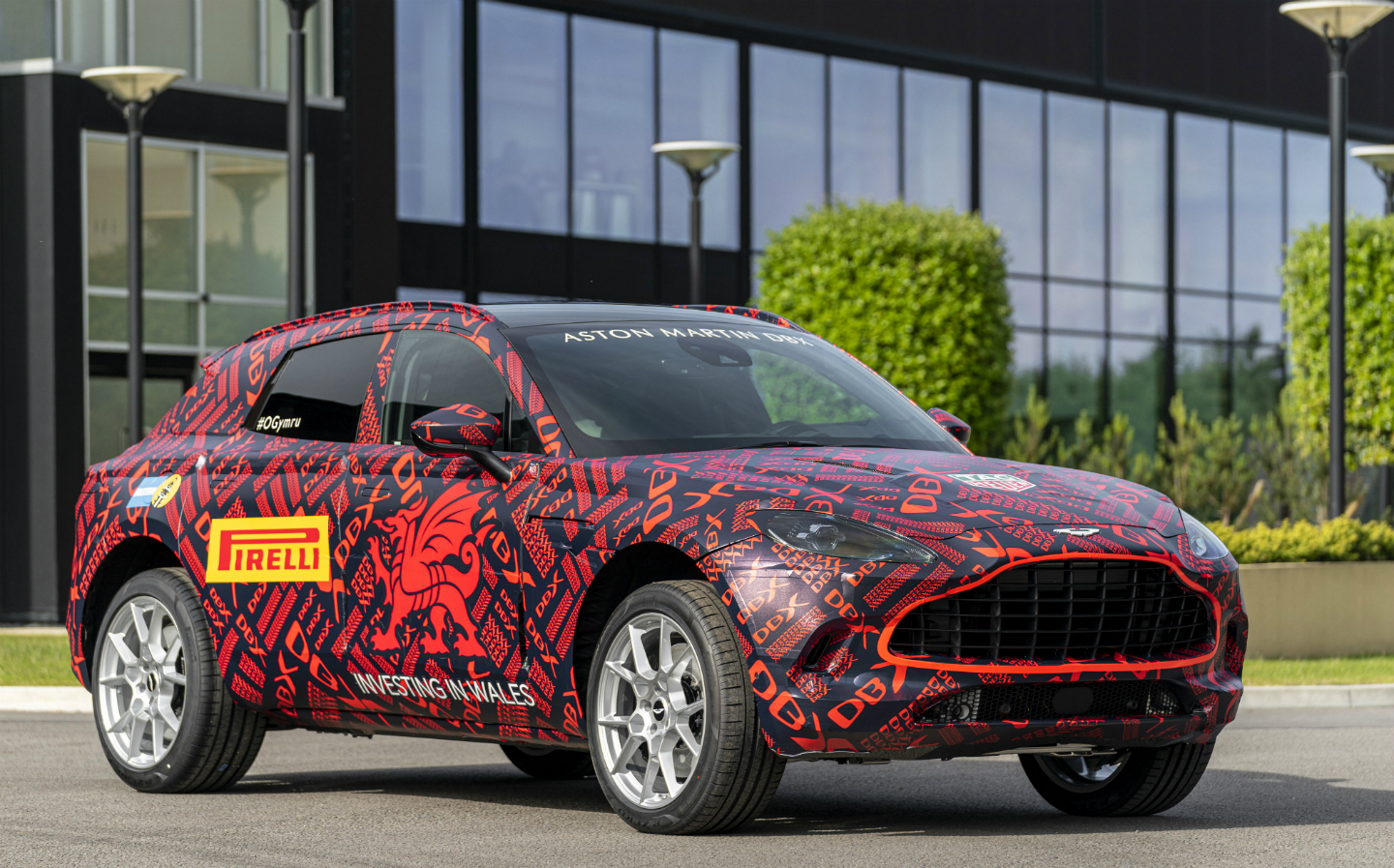 ASTON Martin fans are set for a treat at this week’s Goodwood Festival of Speed, as the manufacturer has announced a host of its latest machinery will be in action over the course of the weekend — including a pre-production version of its first ever SUV, the DBX.

While this isn’t the first time Aston Martin has shown off the vehicle (we caught our first glimpse of the off-roader in November 2018 on a Welsh rally stage), the DBX development car’s presence at Goodwood will be the first time the luxury SUV has appeared in public.

It’ll be the first time it’s heard by the public, too, as Aston’s chief engineer Matt Becker will be taking the prototype up the famous Goodwood hillclimb course — giving onlookers their first chance to hear the engine that lies under the bonnet.

Other models expected to make a noise at this year’s event include the limited-edition and motorsport-tuned Aston Martin Vantage AMR sports car and the 715bhp twin turbo V12-powered DBS Superleggera Volante convertible GT.

At the other end of the aural spectrum will be whisper-quiet Aston Martin Rapide E, the car maker’s first ever pure-electric car, which will be stealthily zipping up the hill throughout the four days.

To celebrate the centenary of the Italian coachbuilder Zagato this year, Aston Martin will also be bringing an assortment of cars that have been blessed with the legendary design house’s touch. The recently-revealed Aston Martin DB4 GT Zagato Continuation remake will be given pride of place in Aston’s hospitality suite, while the Supercar Paddock will feature all four recent Vanquish Zagato models — Coupé, Volante, Shooting Brake and Speedster — each sporting the same shade of Lava Red paint.

Aston Martin’s remaining tight lipped on what track cars will be coming — the only one confirmed so far is the sensational Aston Martin Vulcan AMR Pro. The car maker claims its racing history will be well-represented, though, with models that chart the company’s “past successes at Brooklands, Circuit de la Sarthe and Silverstone”.

The Aston-rich vehicle roster is likely no coincidence, as the car maker will be celebrated at the Festival of Speed this year through the huge Central Display sculpture outside Goodwood House. Like the racing car roster, we won’t know what the artwork will look like until the Festival’s opening day on July 4.

What else is at the 2019 Goodwood Festival of Speed?

With this year’s Festival of Speed theme being “motorsport’s record breakers”, some truly incredible racing machines are set to grace Goodwood in 2019. Cars driven in races by F1 legends like Jackie Stewart and Michael Schumacher will be proudly on display, and Volkswagen has confirmed it’ll be gunning for the all-time Goodwood Hill Climb record with its ID.R pure-electric Pikes Peak prototype.

Even without a “Moving Motor Show” element to show-off their wares, car makers are still set on bringing never-before-seen models to Goodwood, and this year’s Festival of Speed will be no exception. We already know new cars from Ford, Radical, BAC and the revived De Tomaso brand will be unveiled this week, and past Festivals suggest some car companies may have a surprise announcement or two to make, too.