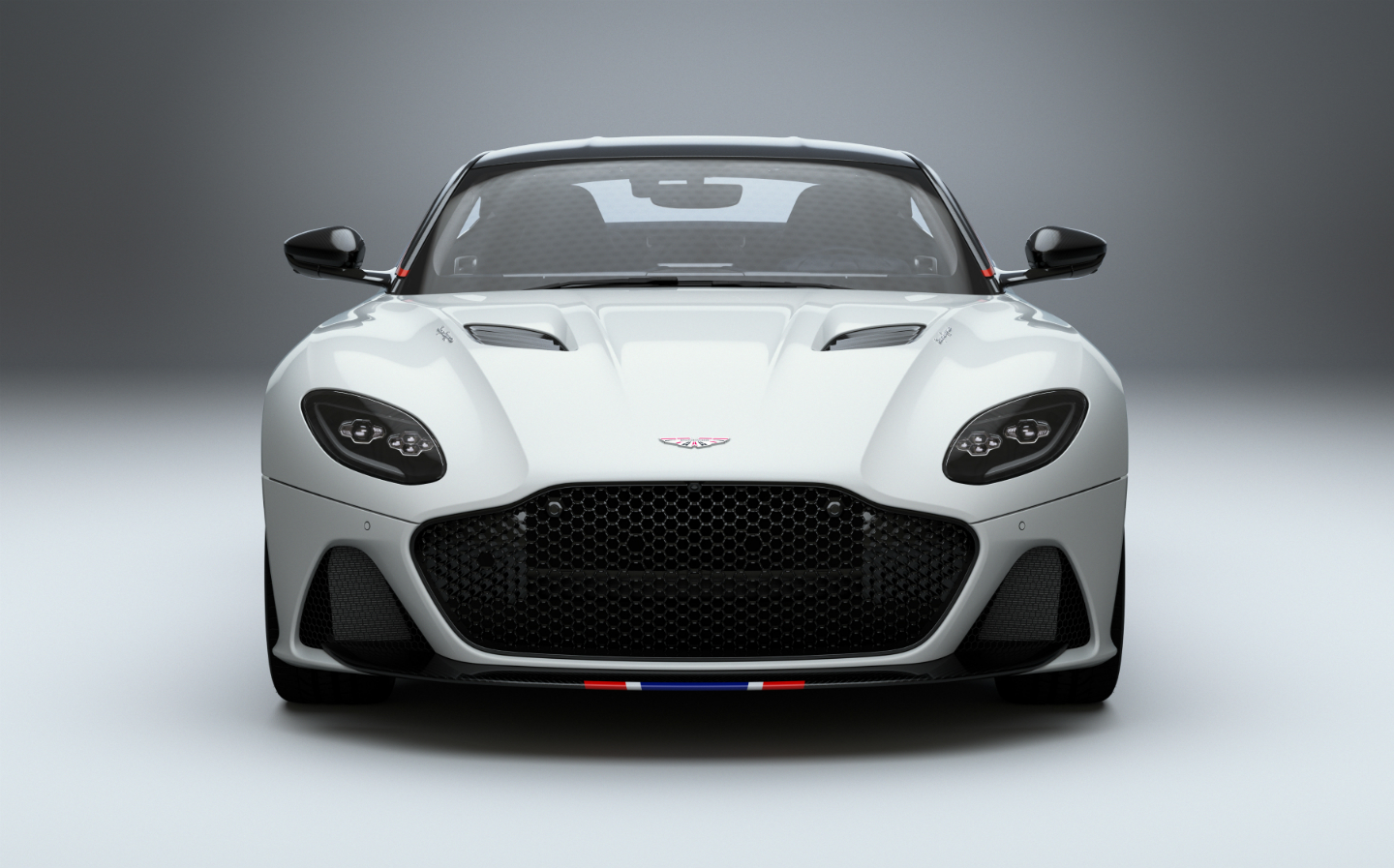 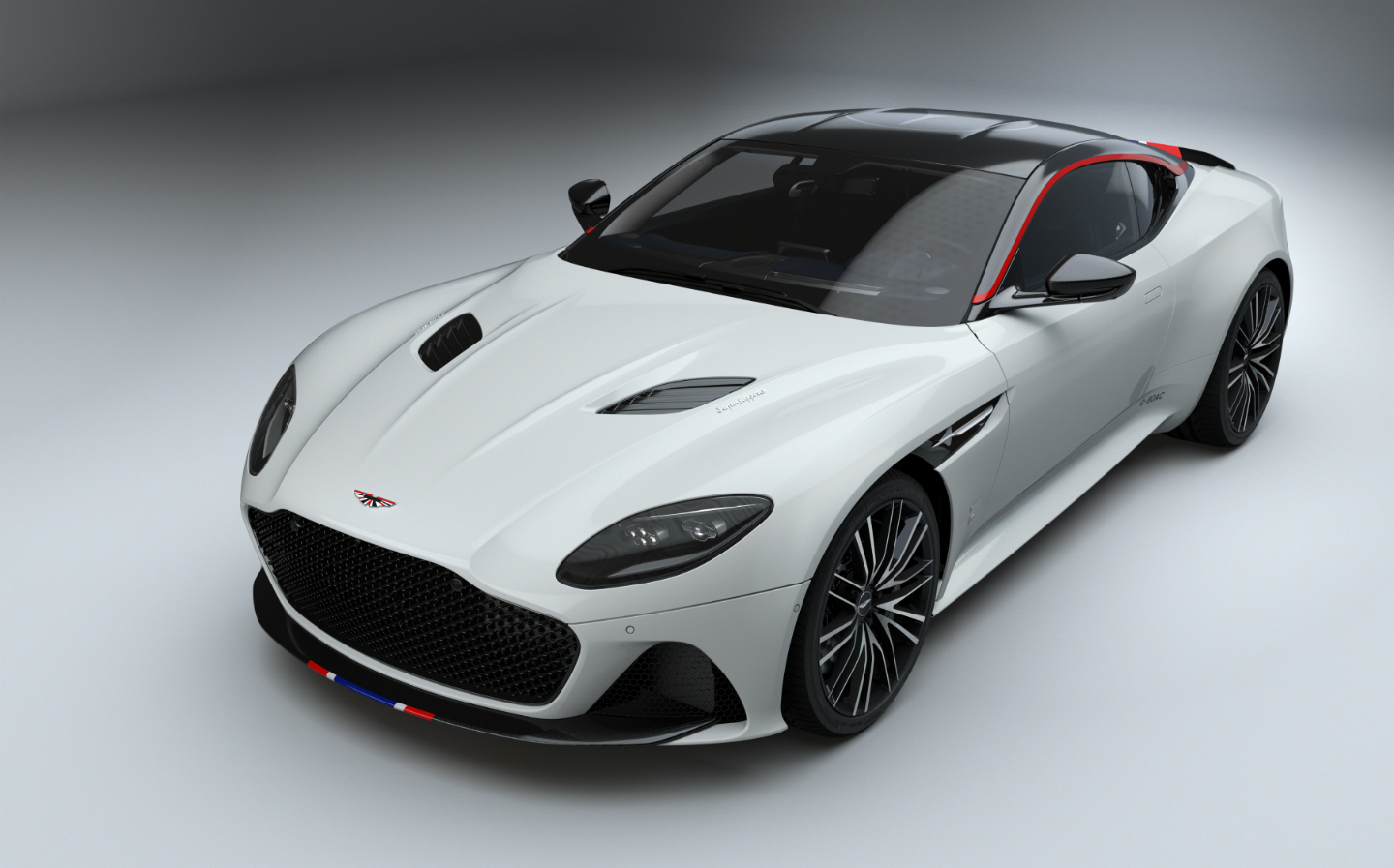 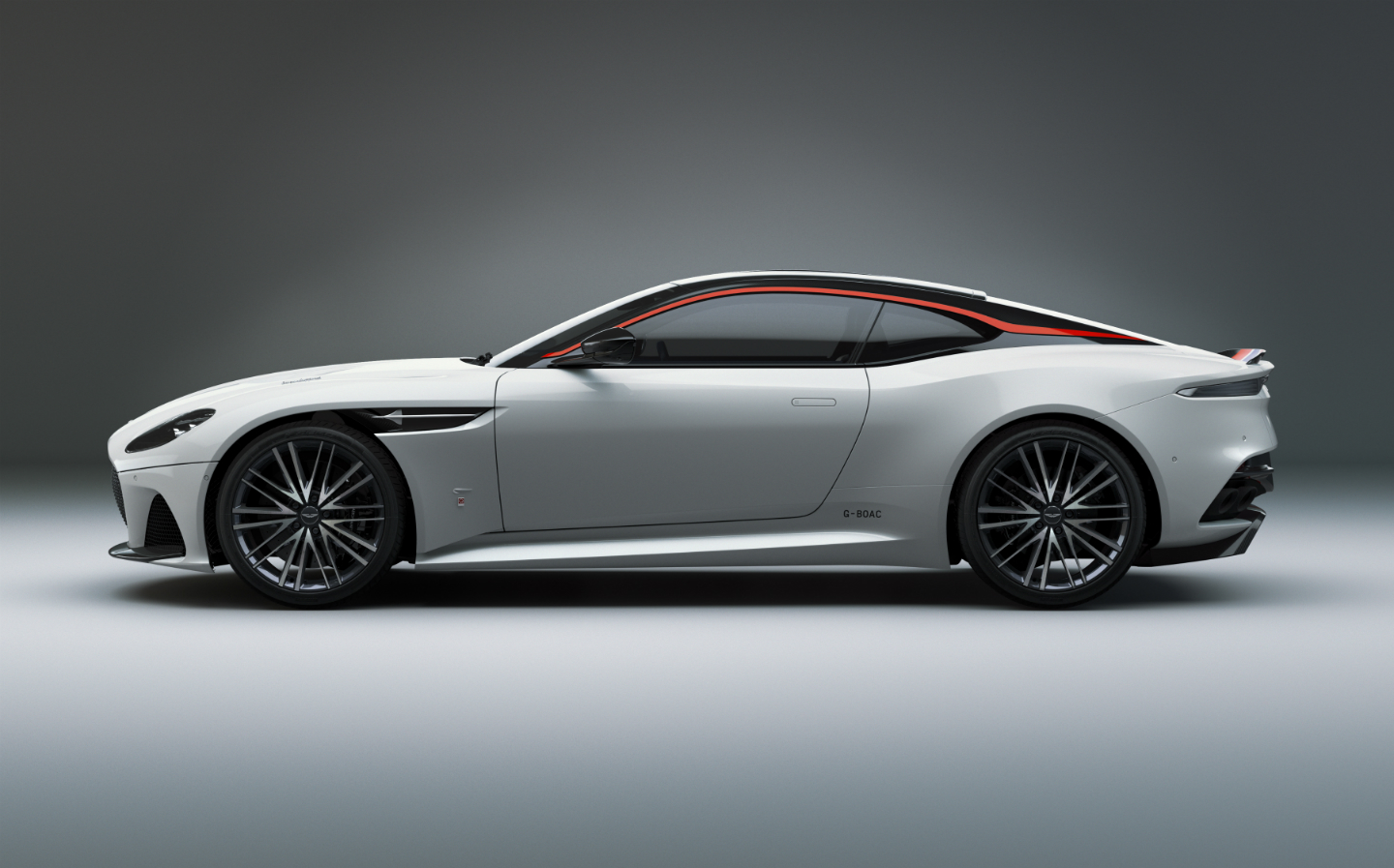 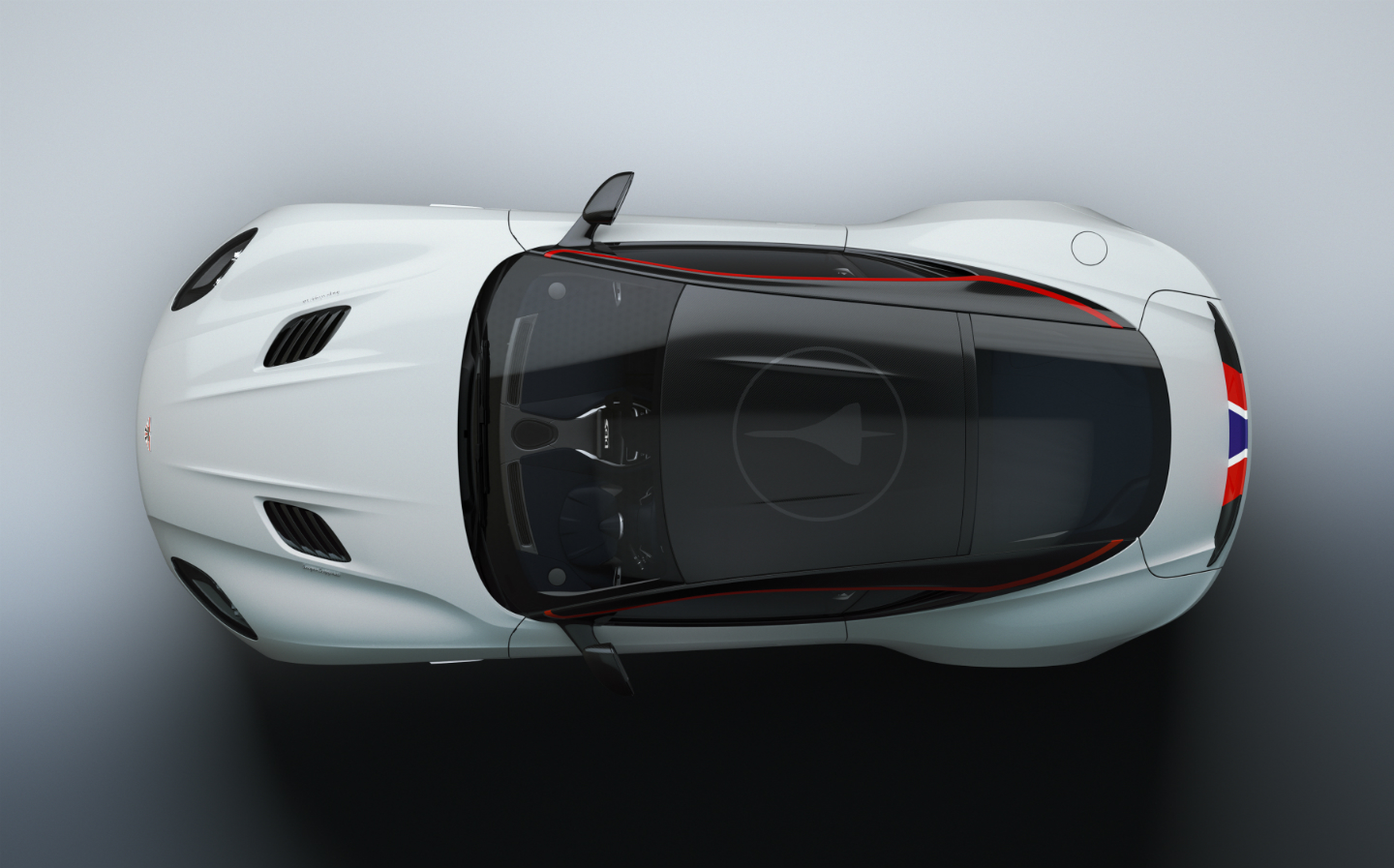 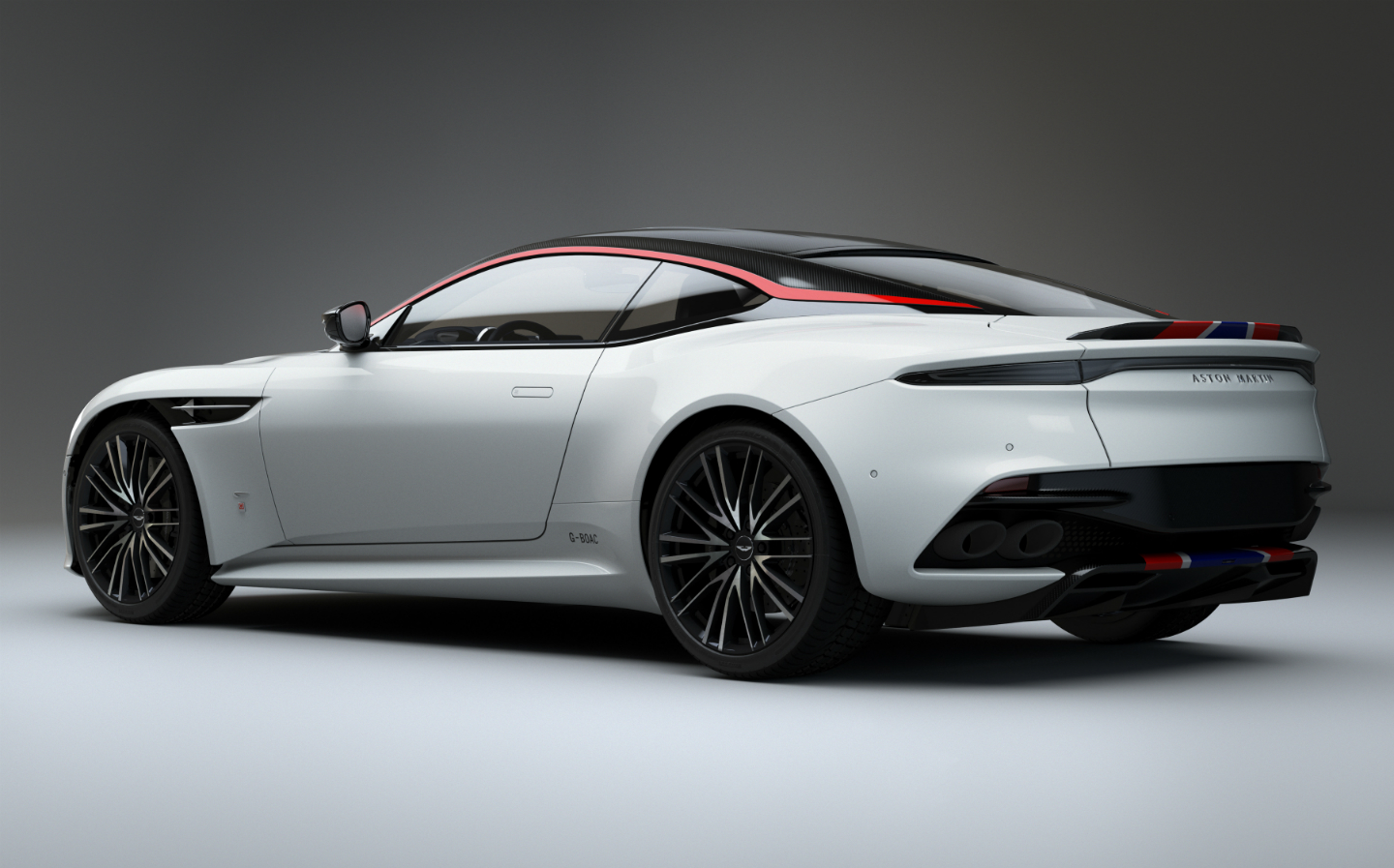 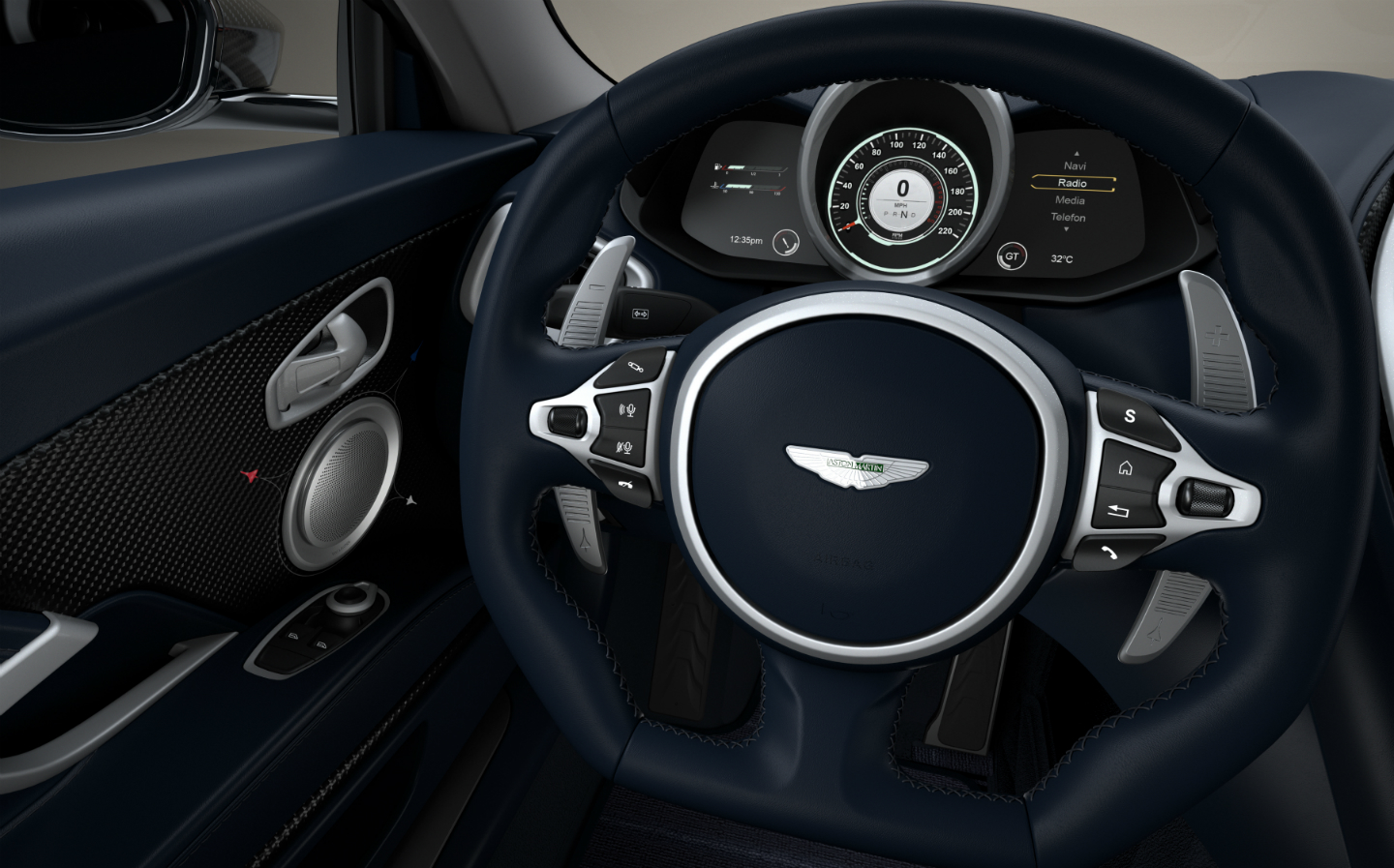 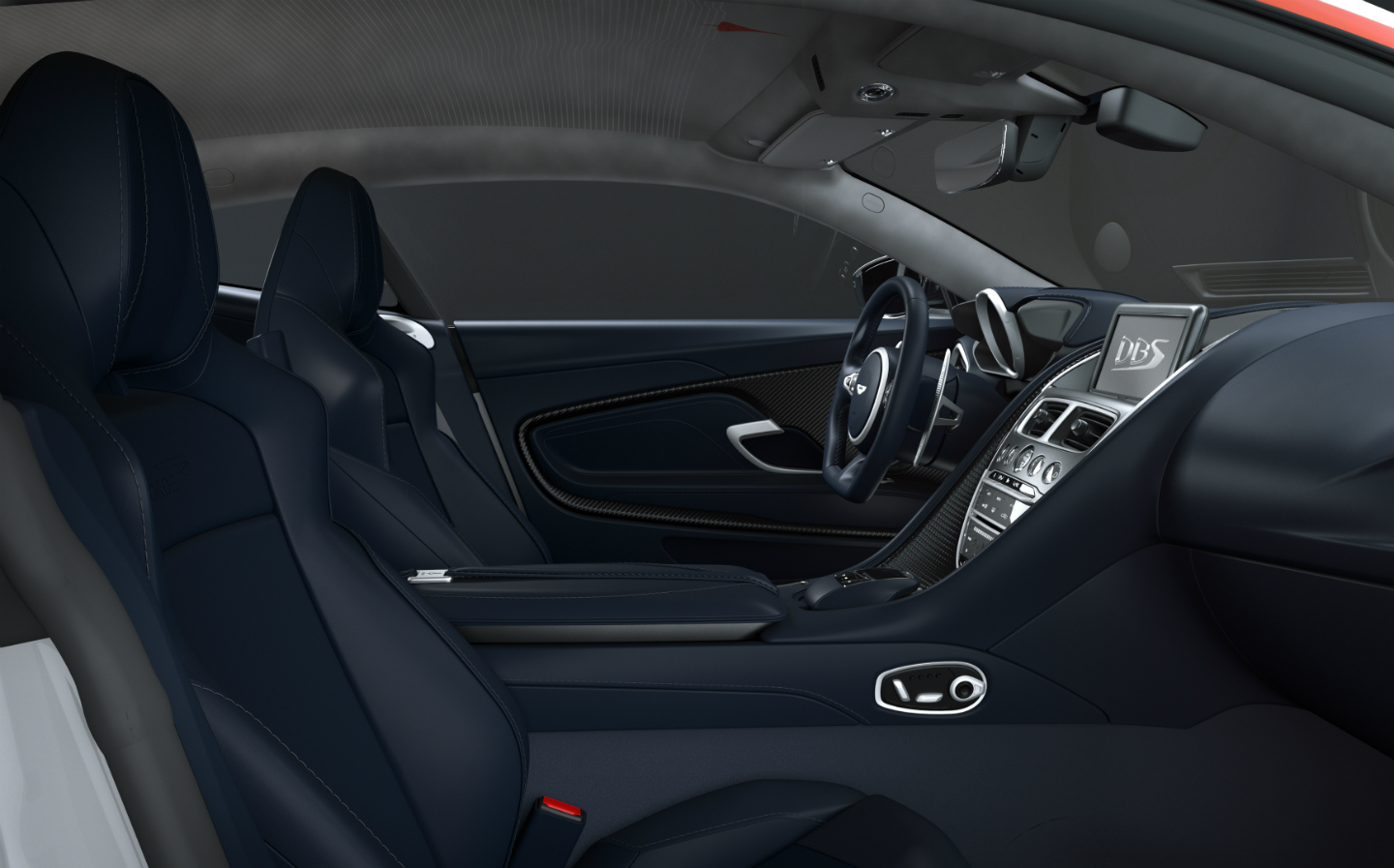 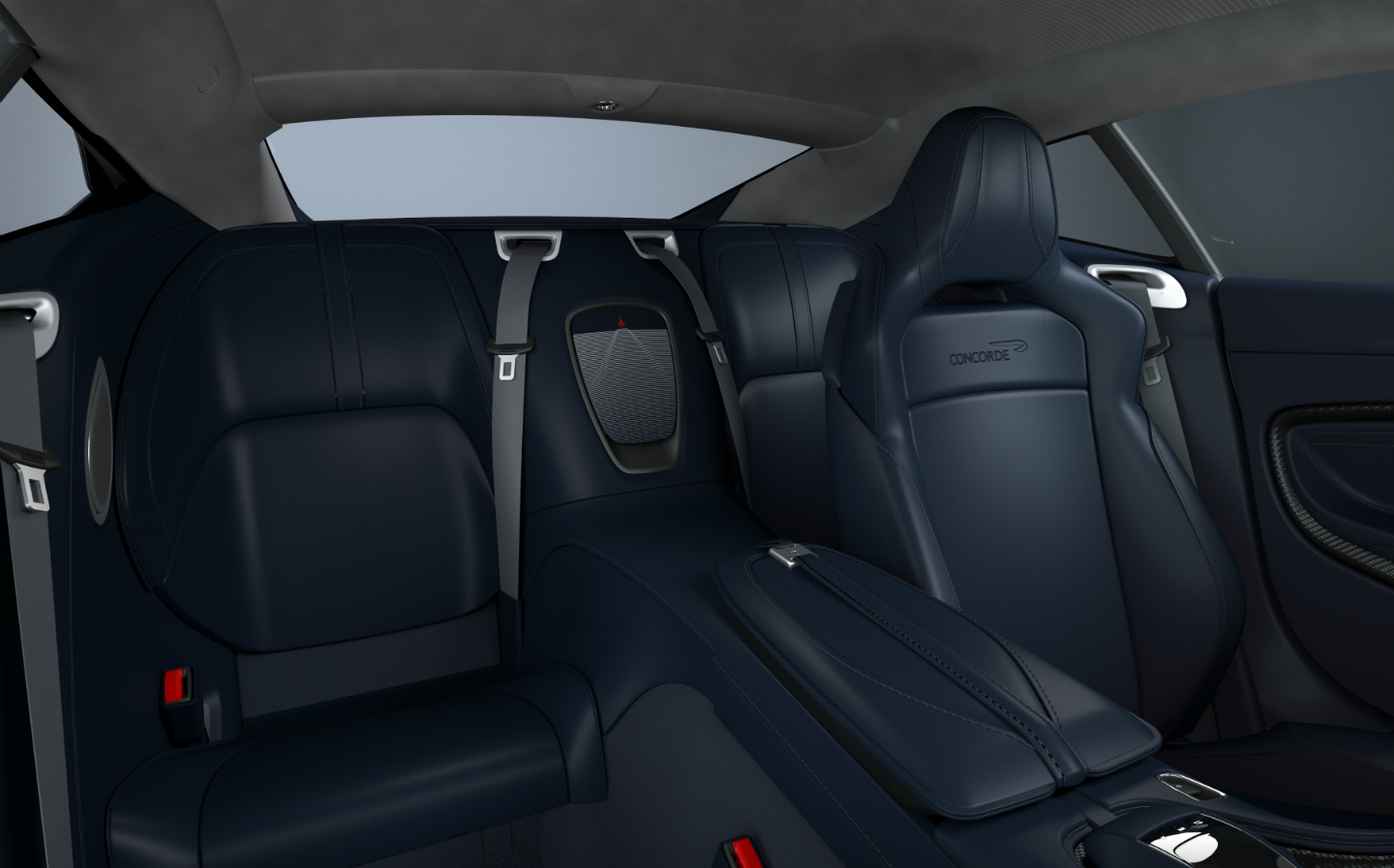 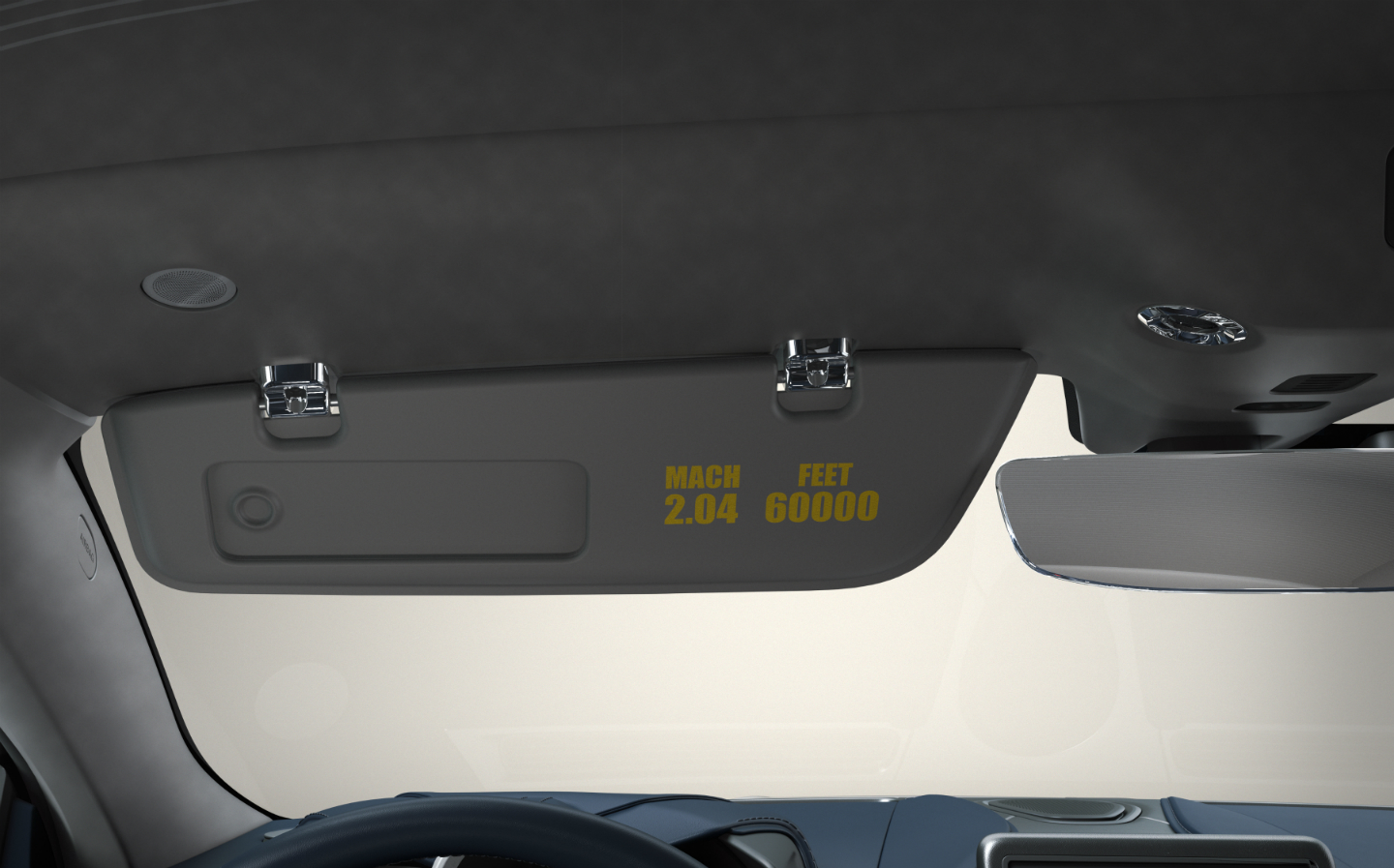 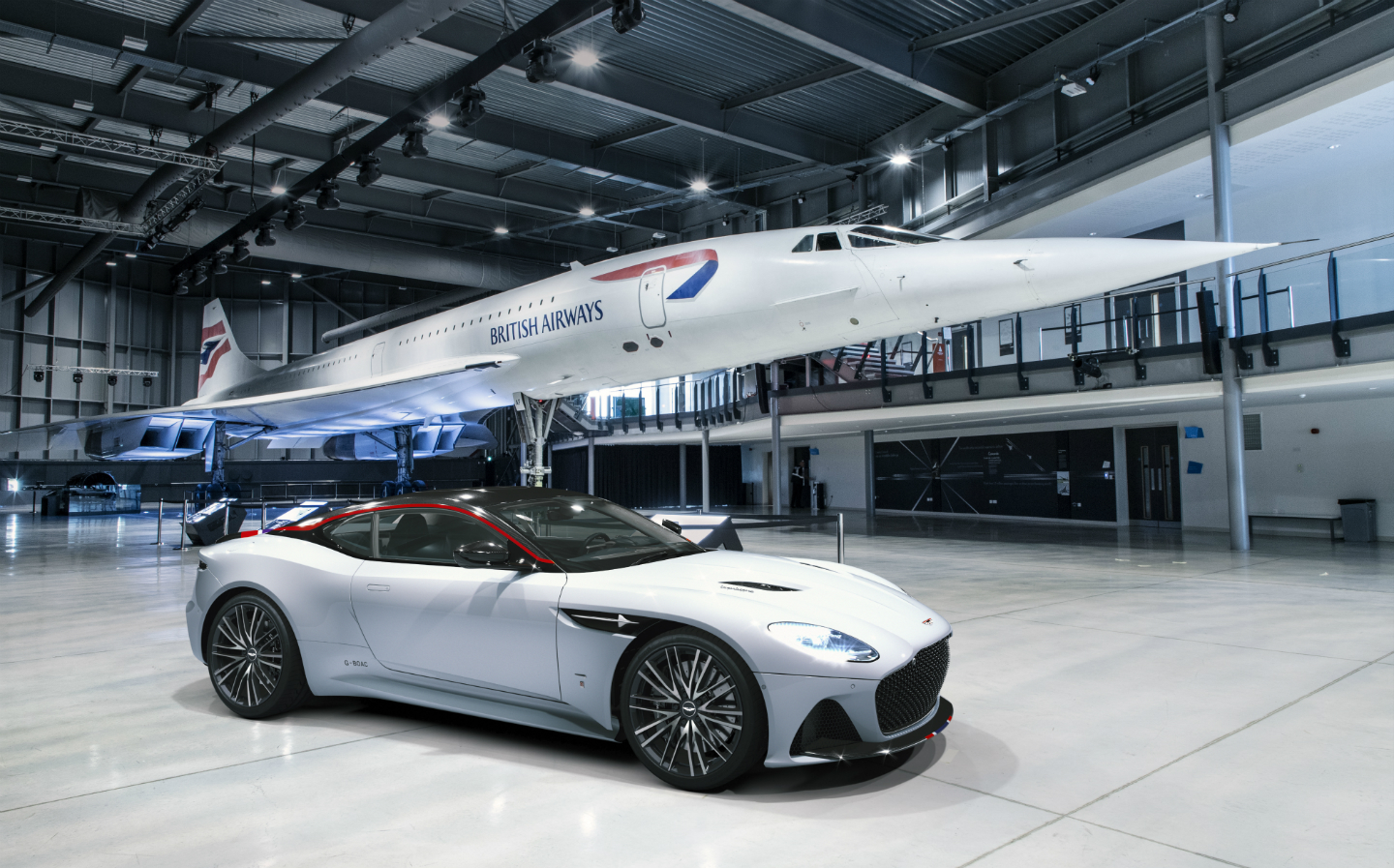 The appropriately named Aston Martin DBS Superleggera Concorde Edition is the result of a new collaboration between the car maker and the former Concorde operator British Airways, as part of the airline’s centenary celebrations in 2019.

The tribute to the world’s first commercial passenger plane that could travel faster than the speed of sound sports many touches inspired by Concorde. The car’s bodywork is finished in a shade Aston calls “Concorde White”, and the carbon fibre roof carries a graphic depicting the plane’s distinctive delta wing silhouette.

The aesthetic flourishes extend to the interior trim. Concorde motifs are featured on the front seats, door sills and seatbelt buckle badges, and an embroidered design on the driver’s side sun visor harms back to the “Mach Meter” digital speedometer in Concorde’s passenger cabin.

Perhaps the coolest detail of all, though, is the pair of paddle shifters mounted behind the steering wheel. While they’re no different design-wise to the paddles you’ll find on the regular DBS Superleggera, Aston Martin says the items on the Concorde Edition are made using metal from the turbine blades from the aircraft’s Rolls-Royce Olympus jet engines.

There aren’t any mechanical changes, however, meaning the commemorative DBS Superleggera is identical performance-wise to the donor car, but that’s no bad thing. Under the bonnet is a twin-turbocharged, 5.2-litre V12 engine producing 715bhp and 664 lb ft of torque, which is good for a 0-62mph time of 3.4 seconds and a 211mph top speed.

While that does make the DBS Superleggera one of the fastest road cars you can buy brand new right now, its performance pales in comparison with Concorde’s high altitude cruising speed of more than 1,350mph. Even the jet airliner’s quoted take-off speed of 250mph is beyond what the Aston grand tourer is capable of when going flat out.

If this DBS spec sounds like the car for you, be aware: unless you live in or around the Bristol area, you won’t be able to order one at your nearest Aston Martin showroom; sales will be carried out exclusively through the Aston Martin Bristol dealership, which is located a short distance away from the former Filton Aerodrome base where Concorde was developed and produced.

You’ll not be surprised to learn that the cost for the special edition Concorde DBS is sky high, given that the standard DBS Superleggera hard top is upwards of £225,000. Starting at £321,350, the commemorative model is around 40% more expensive than the base car. However, Aston Martin says a part of the proceeds from each special edition Superleggera sale will be donated to the Air League Educational Trust, which provides bursaries and grants to young people who aspire to pursue a career in aviation.

Without wanting to rain on Aston Martin’s parade, the new DBS special isn’t the first time a car maker has developed a limited run of Concorde-inspired cars. In 1985, the French flag carrier and Concorde operator Air France commissioned Citroën to build a series of CX saloons that paid homage to the plane — complete with an interior trimmed with the same fabric used to upholster the seats on the supersonic aircraft. 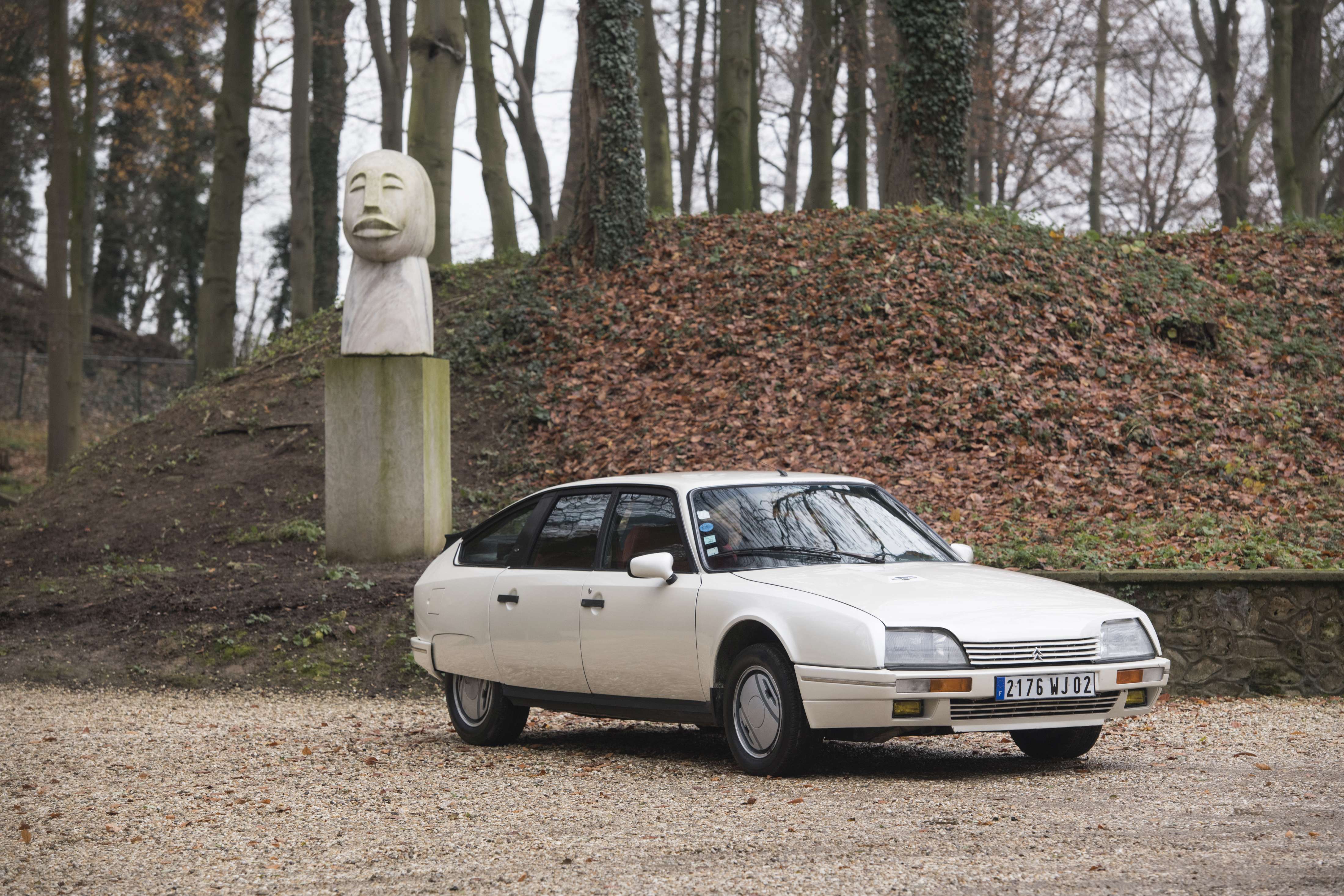 They’re also considerably rarer than the Aston: six Concorde edition Citroën CXs were built, and only two are known to have survived; the rather tatty example shown above was entered into an Artcurial auction in 2018 with an estimate of €50,000-80,000. That  suggests the rather more prestigious Aston special could still be a shrewd investment.