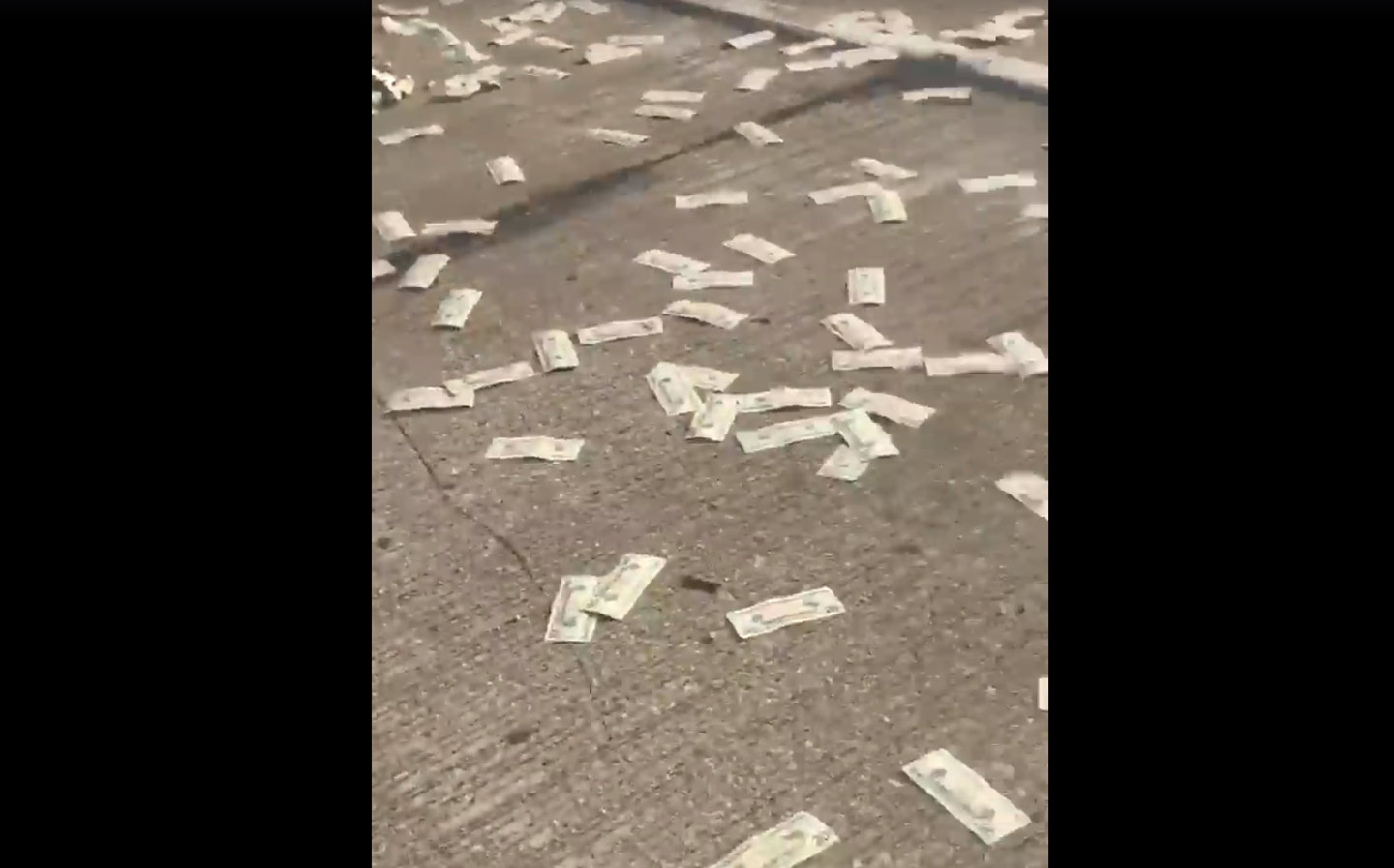 WHAT WOULD you do if the doors of an armoured truck you were following opened up and bank notes started flying out across the road? That’s what happened on the I-70 highway in Indianapolis yesterday, prompting drivers to pull over and start collecting up the cash.

According to Fox 59, bags of money totalling $600,000 (£441,360) fell from a Brinks Security truck after its doors flew open. The truck driver only realised what was going on after another driver waved him down. It’s not known whether the incident was the result of mechanical failure, or human error, police said.

Indiana State Police Corporal Brock McCooe described it as “something out of a movie”, and said people were climbing over barriers in the road to reach the bills.

The aftermath was captured on social media by some motorists, with one witness clearly shocked by the thousands of $20 bills on the ground around her.

In a video posted to Facebook, a shocked Jazmyne Danae claimed that one man had gone around collecting up the money in a bag.

However, Sgt. John Perrine warned on Twitter: “Anyone who picked up money can be charged with theft. If you have money from the incident to return, contact the Indiana State Police.”

A Brinks truck lost money in I-70 near Sam Jones Expressway. Troopers are investigating & following up on tips about people who stopped to take?

Anyone who picked up money can be charged with theft

If you have money from the incident to return, contact the Indiana State Police

The risks were made clear to Danae at the end of her video as a police officer can be heard asking where her car is, as it was to be searched.

Police said they are investigating, and receiving tip-offs about vehicles seen in the area. They are in particular looking for a school bus driver who stopped to grab cash before driving off and four individuals from a white pick-up truck who made off with one of the bags of money.