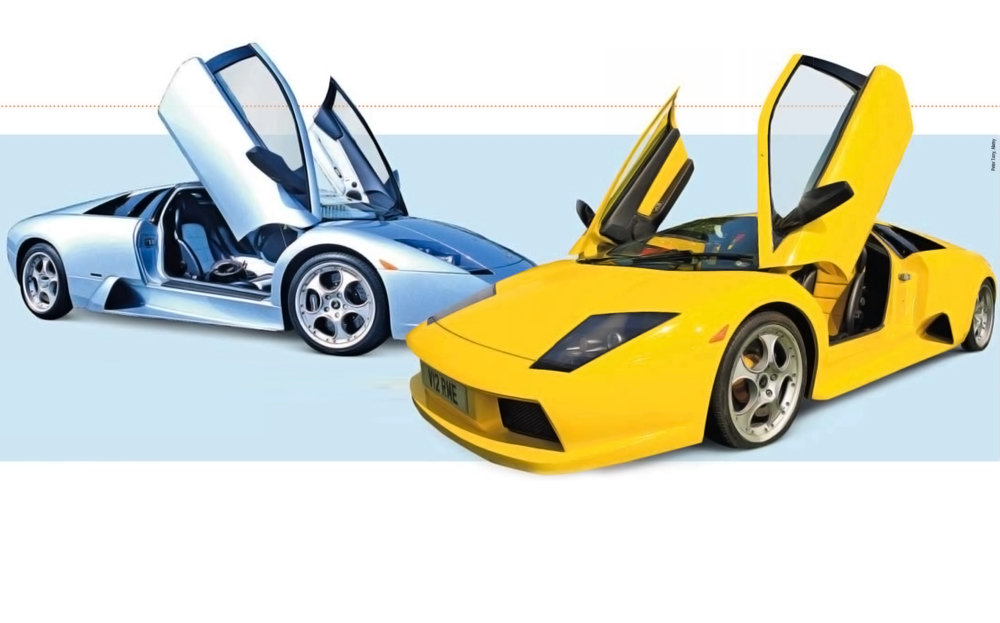 Look closely at these two beauties. On the left is a Lamborghini Murcielago, among the most celebrated supercars of modern times, worth more than £150,000. The other has been built by a man from Wakefield for £35,000, using bits from a variety of vehicles. Can you tell the difference? Dominic Tobin investigates the parallel world of replica cars

WHEN MARTIN Lock gets behind the wheel of his second-hand Toyota MR2 he has to ensure he’s looking his best because he creates quite a stir. Pedestrians stop in their tracks and stare as he drives past. Passengers in cars lean out of windows to take photographs. And a crowd soon gathers whenever he parks.

It’s a lot of attention for an ageing Japanese car. But perhaps that’s because it doesn’t look like any Toyota MR2 that you’ve ever seen. It has been transformed into a virtual replica of the Ferrari F355 GTS, a car that cost £90,000 when new in 1995, and sells for about £55,000 now.

Lock, 28, an engineer from Worcester, has spent about £25,000 on the project, which has included moulding a dashboard and finding parts such as seats on eBay or in breakers’ yards.

“It does get a lot of attention,” he says. “It’s something that turns heads. Some of the attention is nice but my girlfriend’s not that happy when women come and pose next to the car. I had one woman lift up her T-shirt and flash herself. I was just driving down the road in the middle of Worcester. It was a bit of a shock.”

Lock is not alone. Richard Eyre, 49, a contract manager, from Wakefield, West Yorkshire, built a replica Lamborghini Murcielago from scratch. It has taken him five years and £35,000 to finish the car, powered by a V12 engine from a BMW 7-series that leads into an Audi gearbox. Power steering is from a Vauxhall Corsa. “I was just making it up from scratch,” says Eyre. “It’s been my hobby. Some people go fishing. I built a supercar.”

Welcome to the world of lightning lookalikes. Each year, about 1,000 people begin replica car projects in Britain, according to Rob Hawkins, editor of Kit Car magazine. And that number is increasing as the prices of classic cars rise, pushing them further out of reach of enthusiasts who have no hedge fund to support their hobby.

Each year, about 1,000 people begin replica car projects in Britain and that number is increasing as the prices of classic cars rise, pushing them further out of reach of enthusiasts who have no hedge fund to support their hobby.

Specialist companies sell fibreglass bodywork kits, which attach to relatively common modern cars, to give them the appearance of modern supercars or rare classics for a fraction of the price and servicing costs. Only a few tools are needed to remove the donor car’s body panels and fit the new kit. It is then up to owners to decide how much to spend on making their car look authentic.

Some see it as a labour of love, a task to be performed alone, transforming a dowdy hatchback into a glistening supercar. Others pay professionals £4,000 for a top-notch paintjob, then a similar amount to have the cabin trimmed in leather, with original seats and replica dashboard panels. The transformation typically takes two years.

Because much of the original car remains intact under the bodywork, the car remains road legal. Owners say that the safety structure — such as side impact protection — also remains.

But is not just the look of the car that can be modified. Some owners will upgrade the engine so performance is closer to the car that they are imitating. “In some cases, the cars can be tuned so that they accelerate or handle better than the original cars. In a lot of cases, the finish is much better,” says Roy Kelly, head of the Italian Replica Car Club, who owns a Ferrari 250 GTO lookalike, made from a kit he developed.

“A Ferrari F355 replica based on an old Toyota MR2 turbo [like Lock’s] goes from 0-62mph in around five seconds [the genuine F355 did it in 4.6 seconds]. The old Lamborghini Countach handled like a dog. The replica is much better.” 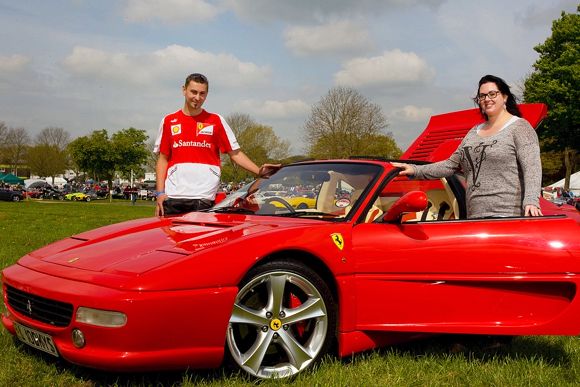 Last month, dozens of members of the Italian club brought their creations to Britain’s biggest kit car show, near Leamington Spa, Warwickshire. The club’s stand was dominated by Ferraris, from 250 GTOs and Dinos to F40s and 458 Italias. Even to a trained eye it was hard to tell some of the replicas from the six-figure cars they were imitating, even harder to guess which car they had once been.

The level of realism has begun to worry some manufacturers who don’t take kindly to claims that replica cars are better than the original machines. Last year Bentley won a case against two firms in America that promised to convert Chryslers into Bentley Continental GT cars, with a “Bentley kit”. They were prevented from making and installing the panels.

In Spain, Jose Maria Calero, a mechanic who sells replica Ferraris, faces having his stock of 19 cars crushed after they were seized for alleged trademark infringement last year. Ferrari said: “In this instance it’s not a case of copies but just forgeries pure and simple, on a par with those fake Hermès bags sold in the streets.” Calero denies any wrongdoing.

Most firms are careful to steer clear of breaches of the law, though, avoiding any reference to the manufacturer or model name on their websites, and refusing to supply badges, which must be bought separately. This makes them less vulnerable to prosecution. “Everyone knows what they look like but we only take action if the badge or symbols are used,” said trading standards.

Joel Vertes, a senior associate in the intellectual property department of the legal firm Olswang, says proving a kit car is a copy of a design from an original car is hard work. “Design rights protect the overall general appearance but if you think about how many individual cars there have been in automotive history, finding something unique and distinctive and protectible is quite difficult.”

Manufacturers naturally deny that they are breaching trademarks, saying they make only kits. “All we do is sell body panels officially,” says Kevin Green, owner of Extreme Sportscars. “It’s up to customers what they do with them.”

The owners, too, claim that they are not trying to pass off their cars as original. “It takes a while for people to realise my car is a replica,” says Chris Paddon, a 40-year-old senior design manager for a telecoms company, who has built a Ferrari Dino replica, based on a Toyota MR2. “But I always tell them because I’m proud of my work. Some people might consider it a Frankenstein car but they are few and far between. Most are full of admiration for the car.”

There is, however, another level of replica car — the cream of the crop, built by owners for whom money is less of an obstacle. Autofarm, an independent Porsche garage in Oxfordshire, builds replica 911s from original parts, adding modern components such as servo-assisted brakes and heating systems.

“I’m proud of my work. Some people might consider it a Frankenstein car but they are few and far between. Most are full of admiration for the car.”

With engine parts salvaged from other Porsches, and components from various parts catalogues, Higgins says that it drives just as well as the genuine article.

“If you have an original, it’s a museum piece rather than something that you want to use,” he says. “I’d question whether you would be brave enough to get out everything that it has to offer. I get to use my car regularly without any concern.”

Cost of a replica car: building your own Ferrari F355