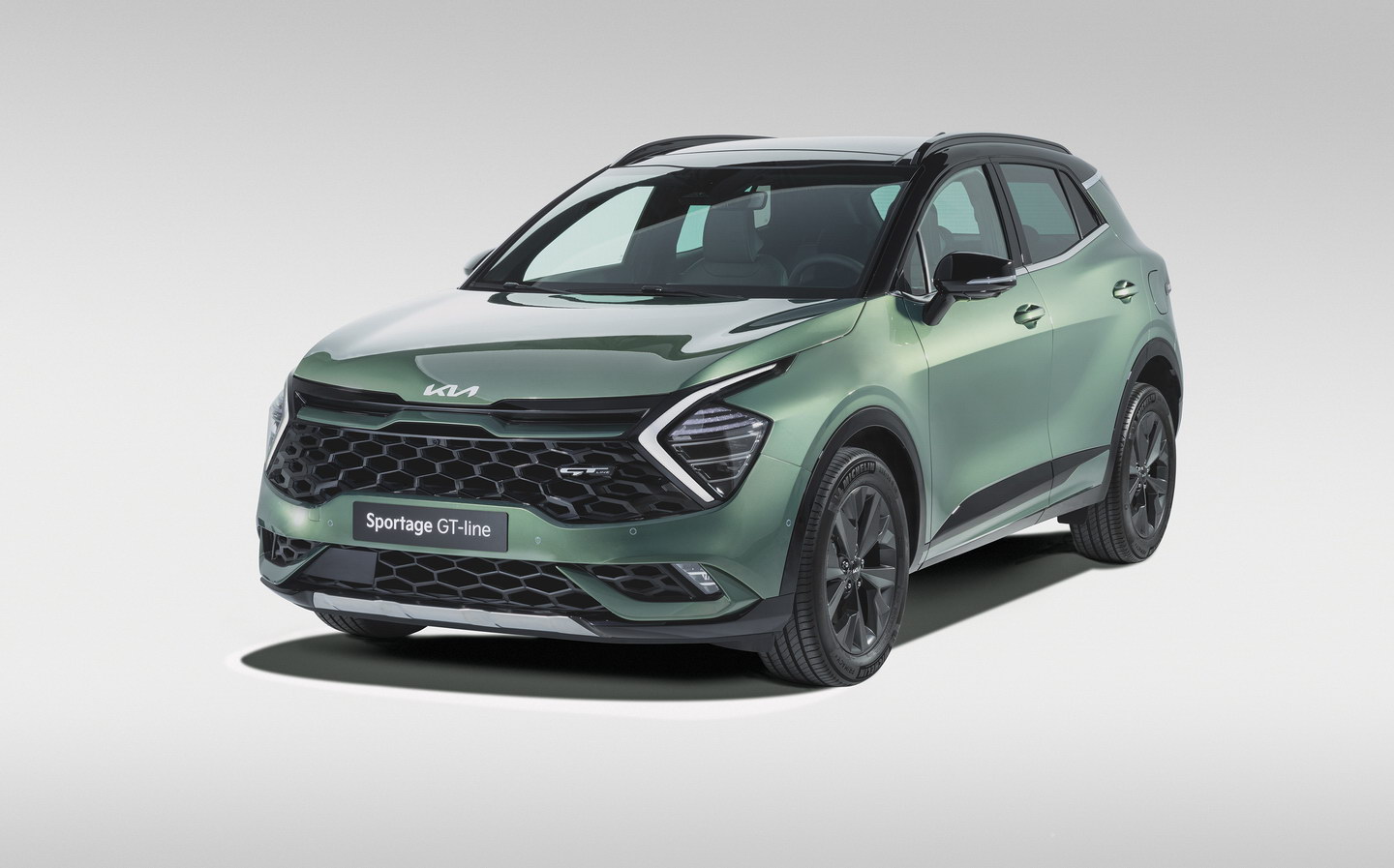 OVER THE years, the Kia Sportage has been transformed from a dull budget SUV into a stylish, tech-laden, family-friendly model. Now the fifth generation is almost here, and it pushes the boundaries even further. We take a look at what you can expect, and how it compares with rivals from Nissan, Volkswagen, Skoda and more.

One big change for the Sportage is the arrival of hybrid and plug-in powertrains, both using Kia’s 1.6 T-GDi petrol engine.

The hybrid adds an electric motor and 1.5kWh battery for a total of 226bhp, while the plug-in version has four-wheel drive and a larger 13.8kWh battery pack that can be topped up from the mains, with a total output of 261bhp.

These are quite potent hybrids, but with no official performance figures available yet, we’ll have to wait and see how they stack up.

The 148bhp T-GDi petrol and 113bhp and 134bhp CRDi diesels are familiar from the outgoing car, where the automatic versions come with fuel-saving 48-volt hybrid assistance. Four-wheel drive is available, too.

All things considered, the Sportage should outgun the Nissan Qashqai, while being a strong rival to the VW Tiguan and Skoda Karoq.

The fifth-generation Sportage uses the same platform as the Hyundai Tucson, so expect similar performance. The Sportage should be responsive pulling away from the lights, but it will have its work cut out to take on and beat the fine-handling Ford Kuga and Mazda CX-5.

Comfort is a strong point for the Tucson, so the Kia is likely to follow suit and give the VW Tiguan a headache in that department.

Official fuel economy figures haven’t been released but the Sportage should improve markedly on the outgoing car. Of its rivals, the Skoda Karoq and Ford Kuga offer particularly good economy, and if maximum efficiency is what you’re after, we’d recommend avoiding four-wheel drive.

In addition, the Sportage plug-in hybrid will only deliver its best economy if the 13.8kWh battery is kept charged. To give you an idea of the all-electric range you can expect, the smaller Kia XCeed PHEV has an 8.9kWh battery that’s good for a quoted range of up to 30 miles — expect similar from the larger and heavier Sportage.

Boot space measures from 526 to 591 litres with the seats up, or 1,715 to 1,780 litres with them folded. The differences depend on which model you choose, because cars with the 48-volt hybrid system lose some space under the floor.

Kia has yet to confirm capacities for the hybrid or plug-in models, but these might be smaller still.

However, there will still be plenty of space for families, since these figures are competitive or marginally better than the ones quoted for rivals such as the Skoda Karoq, Nissan Qashqai and even the platform-sharing Hyundai Tucson.

The Sportage has offered striking design since the Mk3, and the fifth generation continues that trend. A set of angular headlights and a clean tailgate are especially distinctive, and should help the Sportage stand out from some of the plainer models in the class. The great thing is that this stylish design doesn’t come at the expense of practicality.