IF EVER there was a car that lived up to BMW’s Ultimate Driving Machine hyperbole, it was surely the M3 of the mid-1980s. It was small and nimble, yet because it was designed with motor sport in mind, it was powerful enough to take a Porsche 911 down a peg or two.

View the BMW cars for sale on driving.co.uk

Since then M cars have grown larger, faster still and much, much more expensive, but none has come close to giving enthusiastic drivers as much bang for their buck as that first M3. So there will be plenty of drivers who have high hopes for the new BMW M2 coupé, which comes out in April. It is the smallest, most affordable M, costing £44,070, a welcome £12,525 less than the M3. 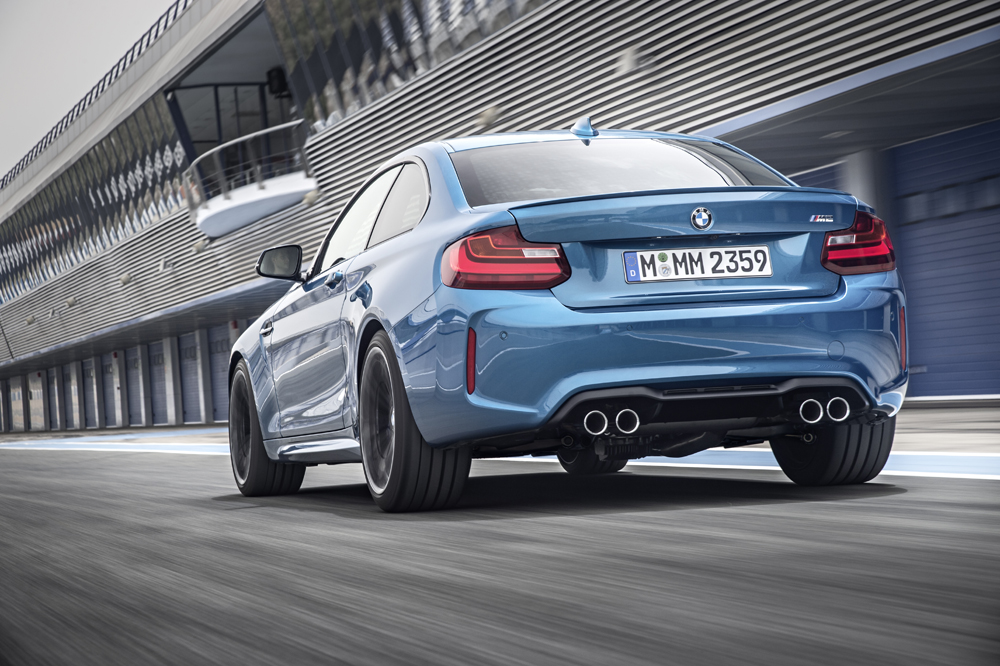 Yet not even the Stig could tell the difference between the performance of the M2 and M3. The new model can accelerate from 0 to 62mph in 4.5 seconds, whereas its bigger, more expensive brother takes 4.3 seconds.

The secret to such stirring performance is that it essentially has the same engine as the M3 (and M4). The main difference is that in the M2 the 3-litre straight-six has one rather than two turbochargers, but it’s hardly any great loss – it develops 365bhp, and 369 Ib ft of torque from 1450rpm.

Without a hint of a joke, the company says the M2 has a ‘Smoky Burnout’ function, which allows drivers to get up to all manner of childish antics involving wheelspins and tyre smoke

There’s a choice of a six-speed manual gearbox as standard or a seven-speed flappy-paddle dual-clutch transmission, and a launch control system ensures the perfect start in a traffic light grand prix. Yet without a hint of a joke, the company says the M2 has a “Smoky Burnout” function, which allows drivers to get up to all manner of childish antics involving wheelspins and tyre smoke. 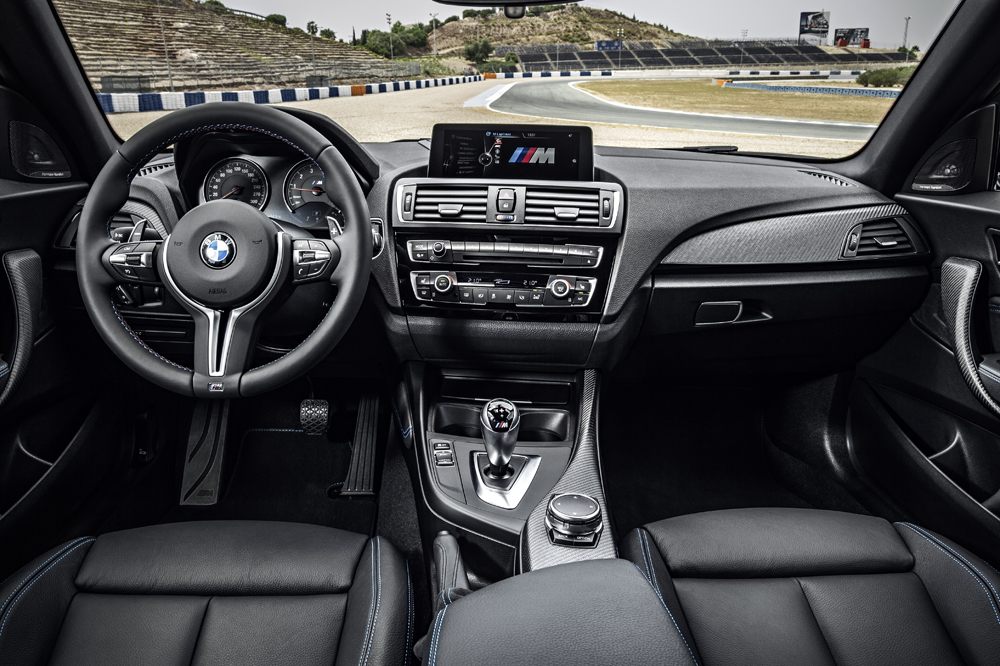 The rippling bodywork looks as though an engineer has inserted a high-pressure air hose and inflated the bonnet and wheelarches until they’re ballooning like Popeye’s arm muscles.

The exterior colours available are metallic blue, white, black and grey, and all versions have sport seats fitted with adjustable side bolsters, which squeeze driver and passenger in place – presumably for those Smoky Burnout moments.

A range of apps loaded in the car’s infotainment system will be perfect for drivers who indulge in track days: they include a GoPro video app and BMW’s M Laptimer, which allows drivers to monitor their burnouts … sorry, performance. 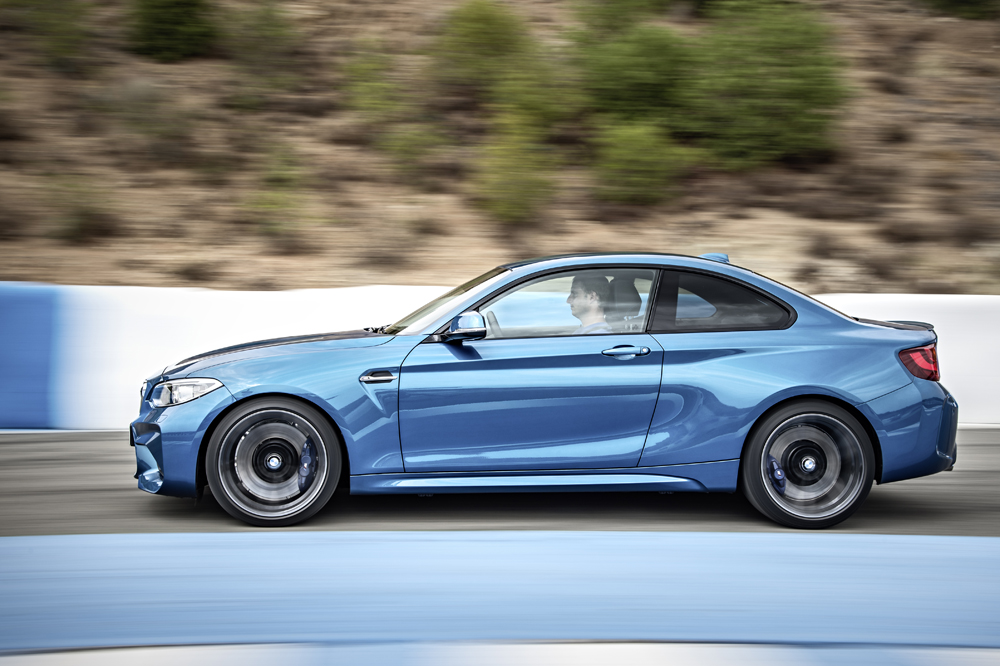