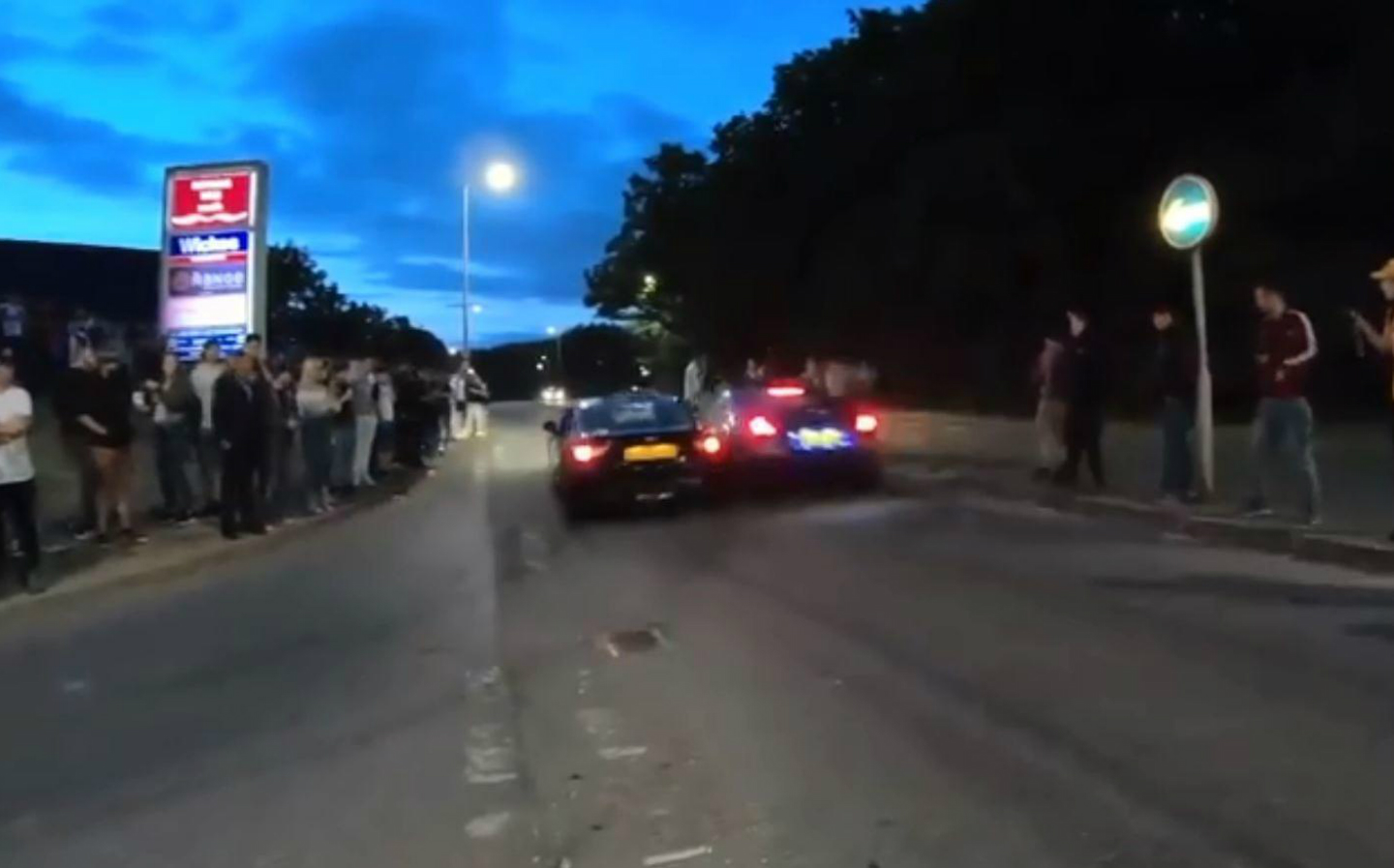 The collision occurred at roughly 9:45pm on July 18, along the Monkswood Way A-road that runs through the town.

Footage uploaded to social media shows a Toyota GT86 coupé exiting a junction onto the spectator-lined main road and being struck by a blue Nissan 350Z.

Seventeen people have been injured, some seriously, after a crash involving two cars in Stevenage.

Reports on social media suggest the incident happened during a car meet event.

Footage shows a group of people standing at the side of the road being hit. pic.twitter.com/4p2T4qFgRd

Hertfordshire Police say 17 people were hurt in the accident in total, with two being treated for serious injuries.

Chief Inspector Alicia Shaw said the police were not made aware of the event, which was organised by the Cruise-Herts modified car community club. According to a cached Facebook page the meet was meant to be a static display at the nearby The Range retail park, and was set up to raise money for a charity that supports parents dealing with child loss, miscarriages and stillbirths.

In a post on social media, Rix Sidhu, one of the group’s co-organisers, claimed he had “pleaded with everyone to not race week in week out, and also not to stand too close to the road because of this happening”.

Mr Sidhu echoed those comments when speaking to Sky News, saying “we try and stop [incidents like] that, we urge people — urge them on social media beforehand — not to go out on the roads, not to risk injury or anything”.

Cruise-Herts organiser says most of his car meet events have a “police presence.”

Rix Sidhu admitted that some drivers see the crowds and get an “ego boost”.

Hertfordshire Police has asked anyone who witnessed the accident to email them at OPtephra@herts.pnn.police.uk. The force has also implored anyone who has any video footage of the crash to submit it to the same email address.