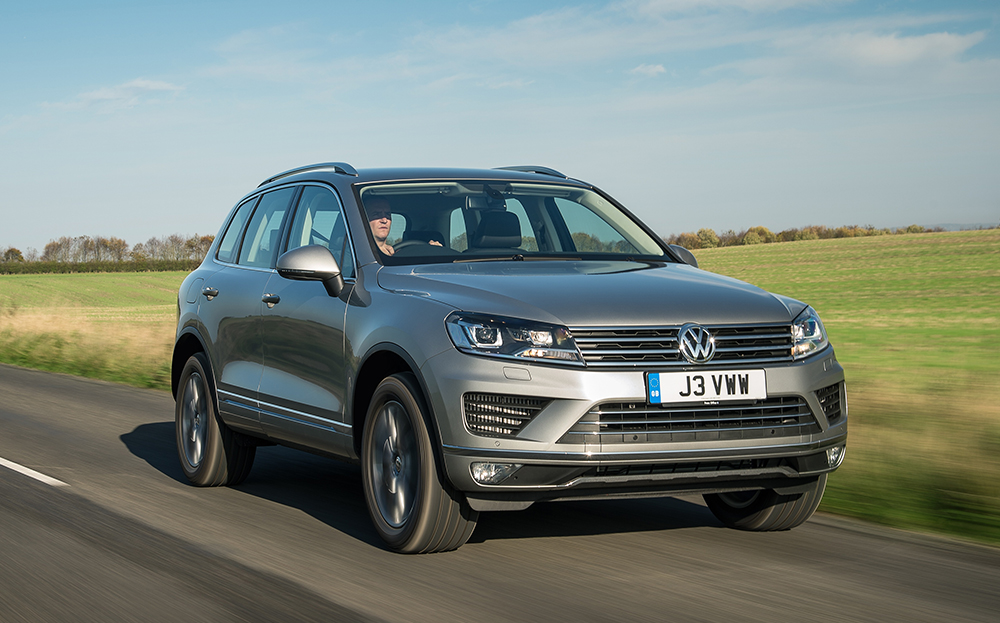 What is the VW Touareg Mk2?

As big brother to the excellent Tiguan compact SUV, the Volkswagen Touareg offers more room inside and greater off-road ability, and despite the latter it retains excellent on-road civility.  It’s not the most luxurious or innovative vehicle in its class, but the Touareg is an SUV that scores well in just about every category.

It was relaunched in 2010 with four trim levels – SE (standard), Altitude (more upmarket), Hybrid (with battery power) and Escape (more rugged) – but a fifth, feature-packed, top-spec R-Line has since been added. Even the entry-level SE version gets ample amounts of standard equipment including leather seats, 19in alloys, DAB radio with Bluetooth, parking sensors (useful on a car this size, even for parking maestros) and touchscreen sat nav. All come with four-wheel drive.

Power comes from three diesel engines: a 3-litre V6 diesel tuned to 201bhp or 242bhp, and a 4.2-litre V8 producing 335bhp and a whopping 589 lb ft of torque. Nothing from Land Rover comes close to this last in terms of punch. There’s also a petrol-electric hybrid option for £59,270 which produces a combined output of 375bhp and 428 lb ft.

The Touareg gives the best-handling large SUVs a run for their money, the much-lauded BMW X5 and more expensive Porsche Cayenne included. In truth, the Cayenne and the Touareg were developed together by the VW Group and still share many of the same components (the 242bhp diesel engine, for example). The Touareg feels much lighter on its feet than its bulk would suggest and as a result it’s surprisingly rewarding behind the wheel.

Take the Touareg off-road and you can be confident the 4Motion all-wheel drive system will get you out of most jams. Go for the Escape model and the car has shorter overhangs, low-range gearing and lockable differentials for extra mud-plugging ability.

Forward visibility is great and the high driving position allows a commanding view of the road. All versions of the Touareg come with an excellent eight-speed “Tiptronic” (semi-automatic) gearbox.

Is the interior any good? 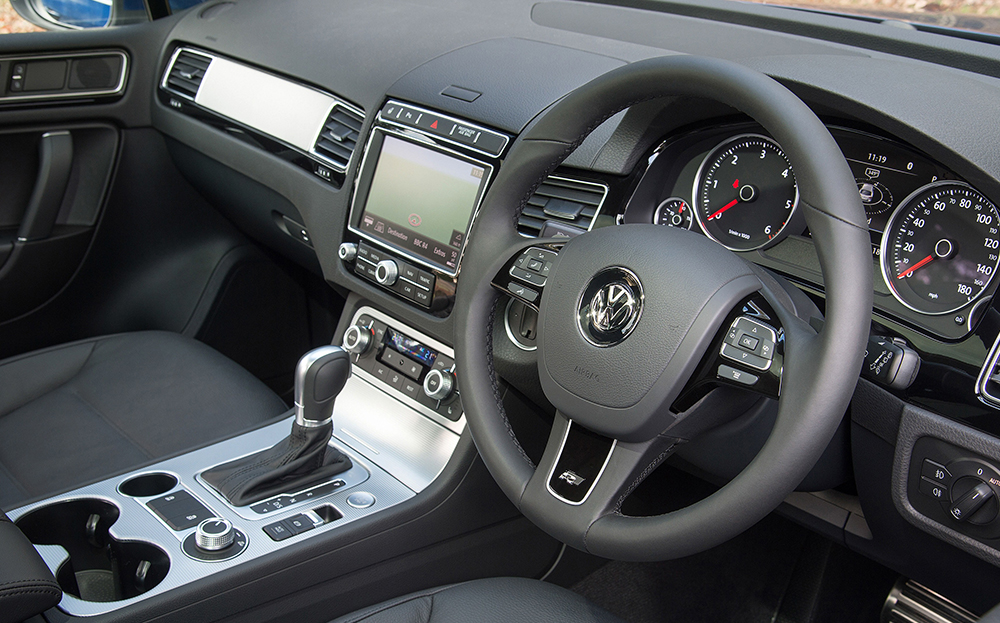 The Touareg’s interior isn’t terribly adventurous but it does incorporate a mix of high-quality materials and the leather seats, standard across the range, are comfortable and supportive.

The latest models have a less cluttered dashboard when compared with the first-generation Touareg (2003-2010) and the controls are now intuitively laid out. VW’s touchscreen navigation system, which comes as standard, is also very simple to use.

Space for the rear passenger is ample but if you’re looking for a sixth and seventh seat in your car, you’ve come to the wrong place; VW unapologetically produces the Touareg in five-seat form only. This does ensure plenty of room, though, and as the rear bench slides forward and back you can configure the space for luggage and passengers as required.

Which VW Touareg should I buy?