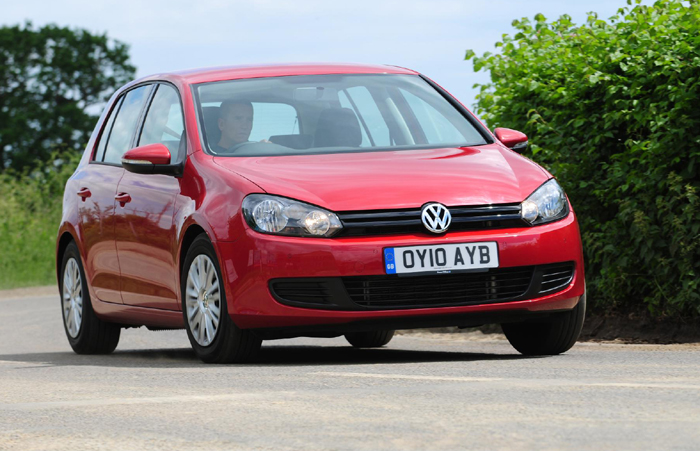 What is the Volkswagen Golf?

You need to ask? On sale since 1974, the Golf continues to be both one of the most obvious and one of the most desirable choices in its class. The essential formula of this small family car has changed little in decades: it’s plain-looking and conservatively styled with all the equipment you’d need, and though it has never (early GTIs apart) been the most thrilling drive, it’s easy to handle and easy to own — and its continued popularity and respectable image mean that it’s easy to sell on at a good price too. 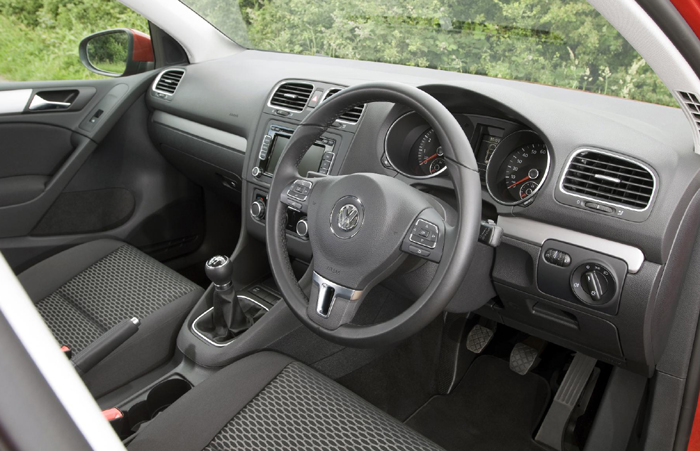 The Mk6 model (2009-2012) comes as a three or five-door hatchback, an estate, a raised-roof semi-MPV Golf Plus, and a soft-top cabriolet (launched 2011). The hatchbacks are roomy and able to house three in the back, though the rear seats don’t fold completely flat or tumble; the Golf Plus gives extra versatility, including a sliding rear seat, extra cargo storage facilities and improved legroom; the estate is a useful compact load-lugger; and the cabriolet is relatively little-compromised in either its performance or general day-to-day usability thanks to its lightweight folding rag-top. The estate and Plus are mechanically closer to the old Mk5 Golf than the hatch and cabrio are, but all are styled for a family resemblance.

Search for and buy a used Volkswagen Golf

The engine line-up in the Mk6 hatchbacks is not all about diesels: the turbocharged/ supercharged 1.2 TSI (84bhp and 104bhp) petrols return 51.4mpg and 49.6mpg respectively, and though they need a bit of revving, are pretty sparky. The 1.4 TSI (120bhp) is little less economical yet feels like a much larger engine, though of course, petrolheads are going to want the 2.0 TSI of the GTI (207bhp) or 232bhp of the GTI 35 Edition. Not powerful enough? Try the 266bhp R.

Most versions come with six-speed manual or the six-speed dual-clutch DSG transmissions, though the higher-powered 1.2 TSI, the 1.4 TSI and the 1.6 TDI (104bhp) have the option of seven-speed DSG. However, the petrol units are a bit more characterful, and unless you do a particularly high mileage, will be (GTI and R excepted) cheaper to buy and run. 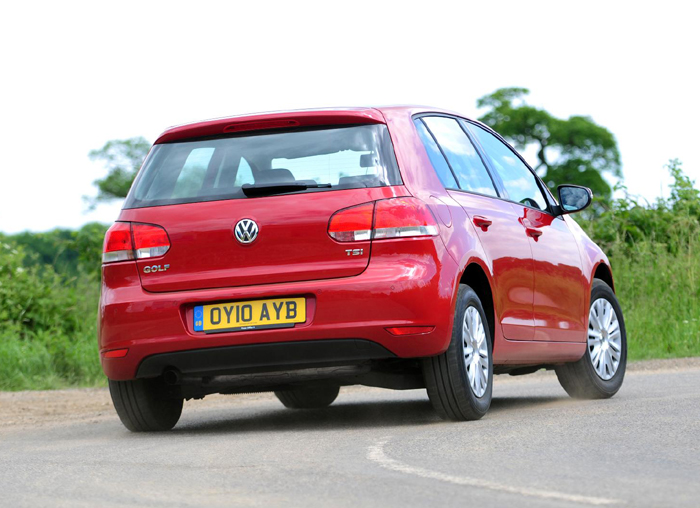 In all versions handling is, ultimately, on the predictable side: stable, secure, well-controlled and solid on the road, often enjoyable but rarely in any way exciting. Still, that’s what you get with a Golf — for a more involving drive, try the Ford Focus. More importantly for most buyers, the ride is smooth, coping well with poor road surfaces, and the general refinement is to a good standard. It’s fair to say the Golf is a safe bet, if not the most interesting, but then, like the previous owners of the world’s 30m Golfs, you knew that already.

What to look out for when buying a used Volkswagen Golf

The reality of Golf ownership doesn’t always match up to the perception that this is a well-built, high-quality and reliable product: the Golf has suffered from a number of problems. There are a number of issues which have afflicted models throughout the Volkswagen Group, including glitches with the DSG gearbox (for which there has been a recall), excessive oil consumption, turbo and supercharger failure and even piston failure in the TSI engines, and clogging-up of diesel particulate filters. A further recall was issued for potential fuel leaks from the 2.0 TDI diesel engine.

Owners are also reporting issues including misfiring and ignition trouble, premature clutch wear, failure of the wipers, ventilation system and air conditioning, Bluetooth connectivity and other electrical problems, as well as water collecting in the bottoms of the doors, poorly-fitted doors and bonnets, peeling paint, rusting-up of brake discs and trim rattles.

The service and treatment of owners by the Volkswagen franchises appears to be patchy, and the brand scored only marginally above average (13th place) in the 2012 JD Power/What Car? dealership satisfaction survey. The Golf was seventh in its class (the Skoda Octavia came top) and 45th overall in the 2012 JD Power/What Car? customer satisfaction survey, but a better eighth overall in the 2012 Auto Express Driver Power study (again, behind the Octavia), and above average in the Warranty Direct Reliability Index (cars with an average age of 4.25 years) but only 97th in their top 100.