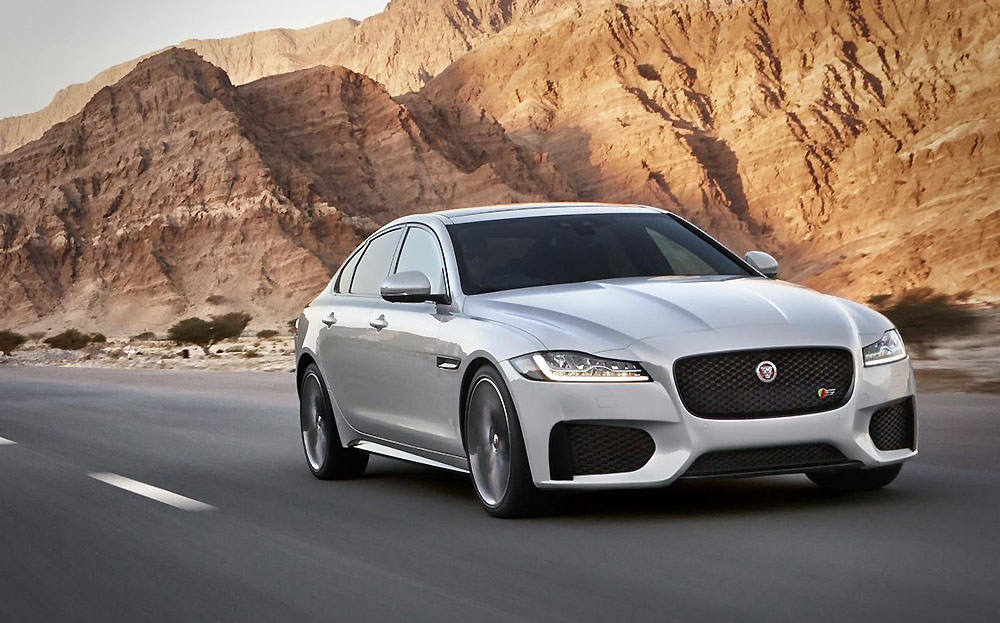 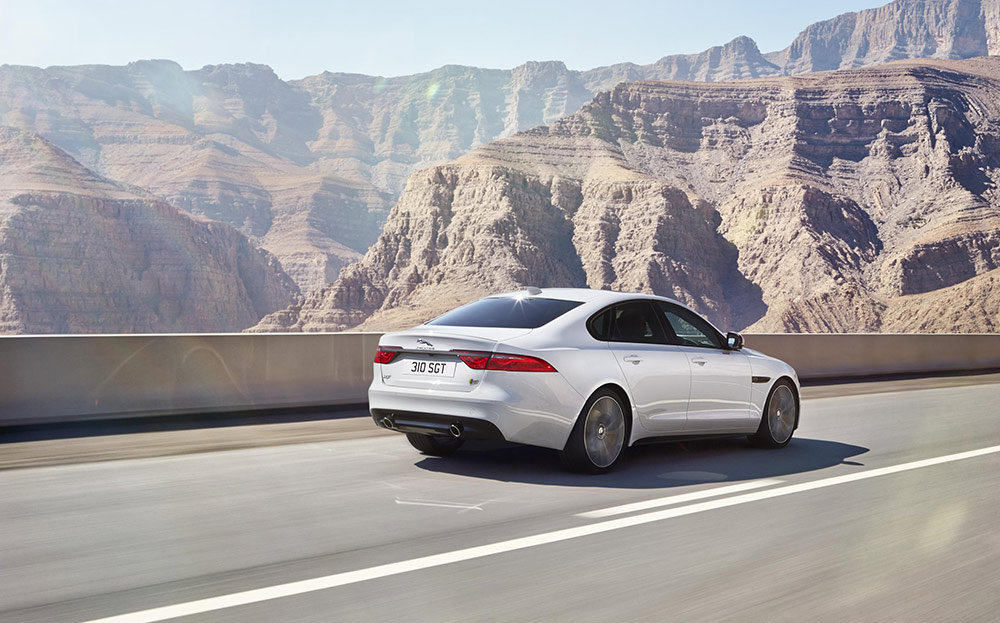 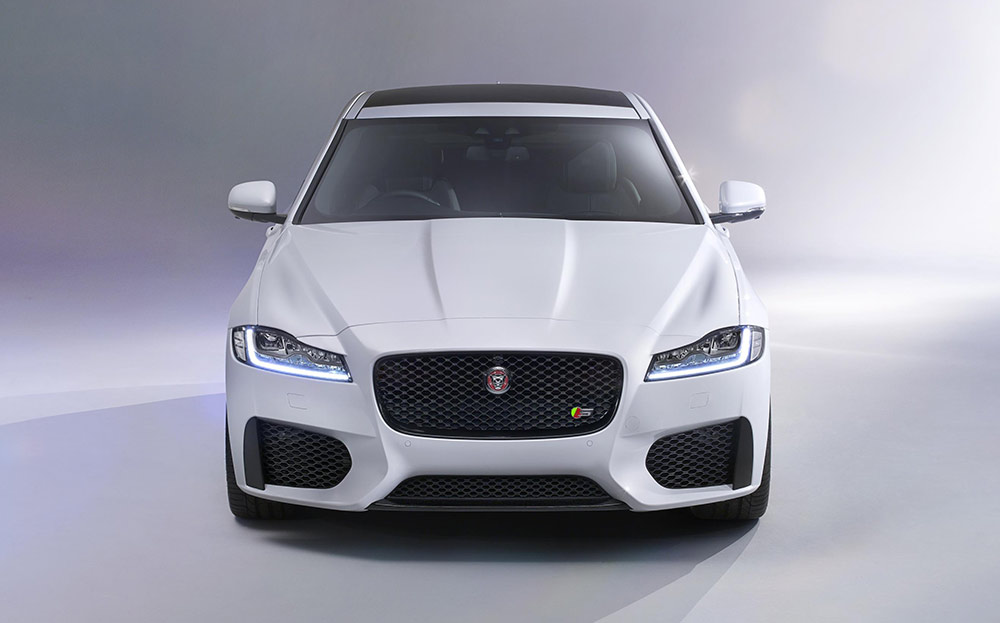 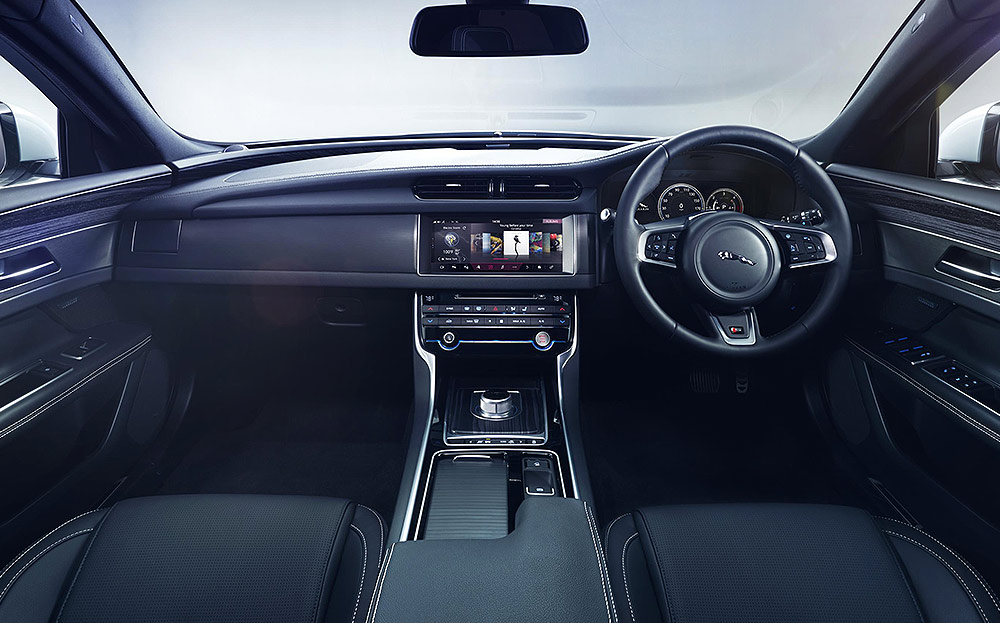 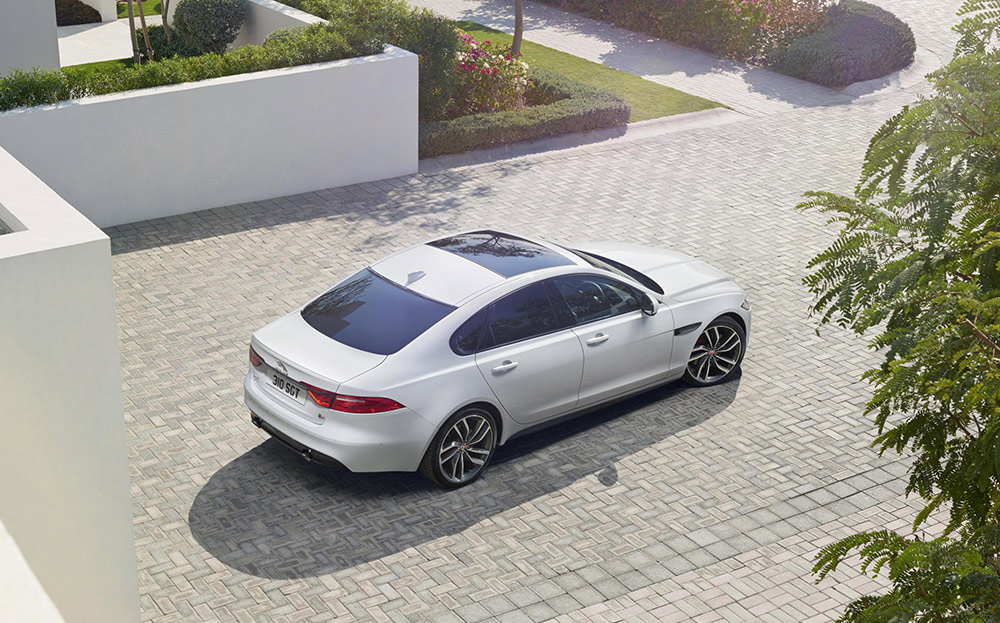 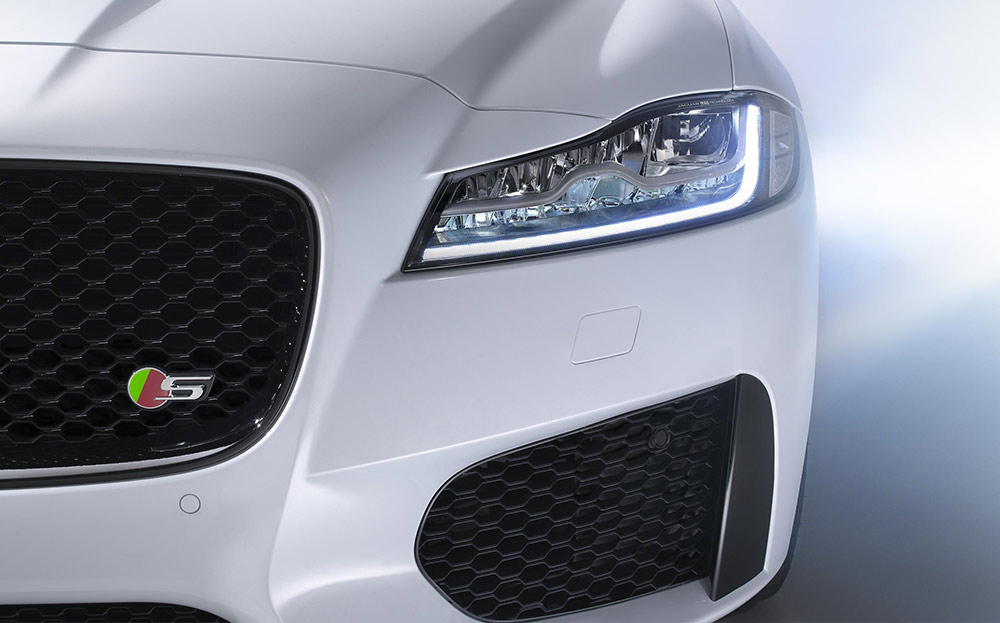 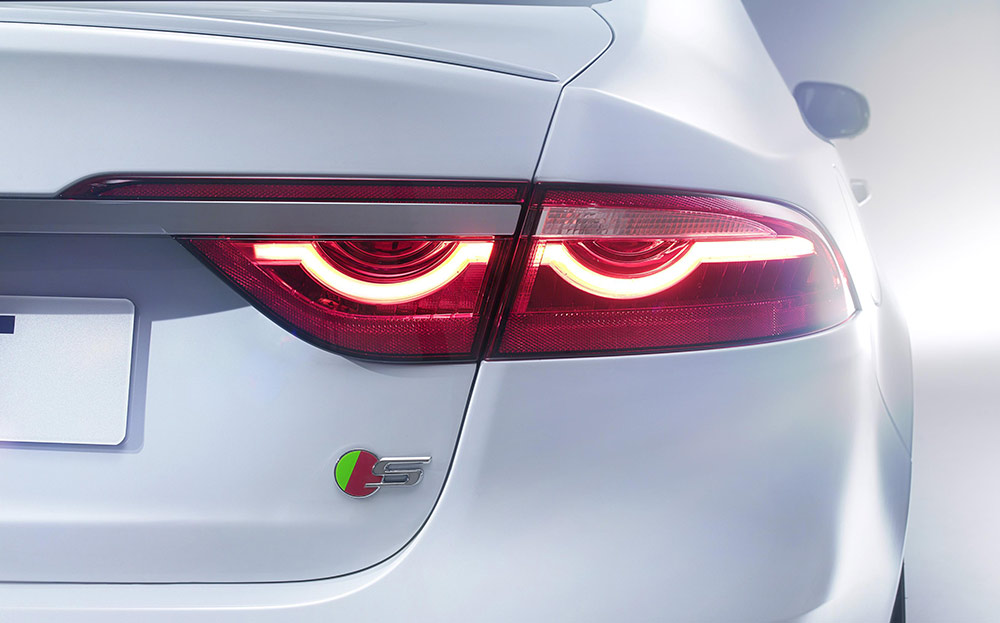 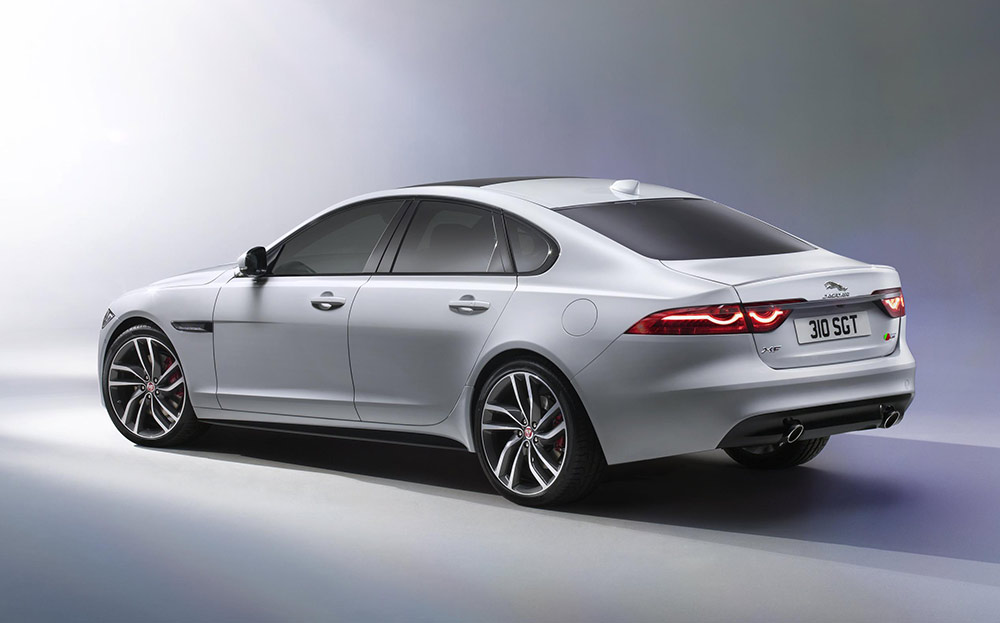 I REALLY shouldn’t like Jaguars. I mean, what’s with that name for a start? You might as well call your car Le Tigre or Sexy Lady. It just sounds like something a bit cheesy. But the weird thing is that Jaguar isn’t naff. As we all know, it has a pedigree. It doesn’t even call its types of cars stupid things like Scorpio or Bullmastiff. Just Jaguar D-type, E-type and so on.

The D-type is my favourite car of all time. Then there was the Inspector Morse-type Jag — the Mk 2. It was raffish, a bit showy but kind of eccentric and certainly preferable to a Bentley or a Rolls-Royce. I never warmed to the Jaguar figurine on the bonnet, but that’s because I don’t like anything non-functional.

The first thing I do when I get a car is to debadge it and make it as anonymous as possible. It’s the same with clothing. Why should I pay top dollar for some outfit that has the maker’s name scrawled all over it? If Superdry wants to pay me to wear an advertisement then fine; otherwise, lose the ad — I’m not a shopping bag. I don’t feel this desperate Kanye West-like need to tell anybody else.

After a very mentally unstable series of vehicle acquisitions — Citroën 2CV, BMW, Porsche, pick-up — I bought my first Jaguar, the XJ with a V8 engine. It was a powerful, cruise ship of a car. I think it’s an underappreciated classic. Whenever I parked, people expected an industrial fat cat (as opposed to just a fat prat) to step out. I loved it. I was acutely aware that my kids always felt sick in the vast back seat, and that it was about as economical as a trophy spouse and polluted the air like Donald Trump, but I’m afraid to say that I just didn’t care.

I loved the look — somewhere between Morse’s raffish ride and a sedate Bentley. It wrong-footed people and it was fantastic fun to drive. Sure, it made me look like some golf-playing Little Englander whose next move up the ladder was a personalised numberplate, but I came to love this car with a passion. 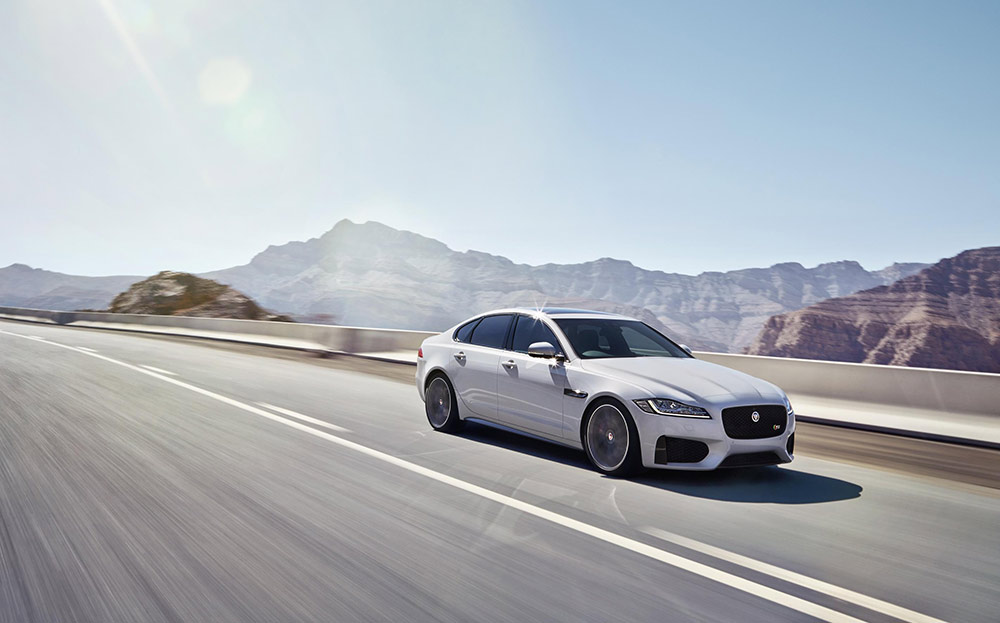 The company stopped making it in 2003 and when the new Jags came out I felt they were either too flashy and boy racer or too dull and corporate. What I would have loved was a new version of my Jag. So I drove my old one into the ground and then bought a Land Rover Discovery and forgot all about Jaguar. Until now.

I got sent the new 3-litre supercharged V6 Jaguar XF S. At first glance I was uncertain. The front looked OK; not too flashy. I glanced at the back; that wasn’t too bad either — perhaps a little too family car, but forgivably so.

I got in and peered around, thinking: “If I could just debadge it and tone down the chrome, I could own it.” Sadly The Sunday Times wasn’t keen for me to do this as I only had the car on loan for three days (spoilsport).

“I rang my wife and told her I’d pick up the children. She was suspicious. . . ‘Are you driving like a moron in that Jaguar?’ she barked.”

I took it for a little spin into Winchcombe, in Gloucestershire, along the finest road in the Cotswolds. It snakes down from my house past Belas Knap and towards Sudeley Castle. Every turn brings breathtaking views and it’s a truly exhilarating drive, provided you take enough time to slow down for other road users (the area is a favourite for cyclists, ramblers and horse riders). But you don’t have to drive fast to have a good time, right?

By the time I reached Belas Knap, a Neolithic long barrow, I was whooping like the proverbial village idiot. This car is amazing to drive and I was having way too much fun for something legal.

I was only going to pop into Winchcombe for some groceries but in the end I just kept going. I roared up to Stow-on-the-Wold and straight out into the flatlands of Chipping Norton and Kingham — Jeremy Clarkson country.

I felt like a fighter pilot, loving the head-up display — an option — and urging the car to do more exciting things. The dashboard worked with minimal hassle. The stereo was awesome. My phone hooked up with minimum fuss. Everything just … worked, which is a rare thing with any car. It made a lovely throaty petrol noise too; something my diesel brain had almost erased from its memory.

I rang my wife, Stacey, and told her not to bother with the school run — I’d pick the children up. She was suspicious of my altruism.

“Are you driving like a moron in that Jaguar?” she barked on the hands-free.

“What? I can’t hear you. Bad reception,” I lied as I sped up without even noticing. I hung up and roared into Cheltenham.

I picked up my boy first. He was impressed. “Your friend Josh just pointed at this car and asked his dad why they couldn’t have one,” I said, smiling. Then added: “Give me plenty of warning if it makes you feel sick.”

Next, I picked up my daughter, Parker. She hopped in and said nothing whatsoever about the vehicle. This is high praise, as she is normally quick to tell me about everything she loathes.

We roared back up the hill out of Cheltenham towards home. I screeched up the drive and even bothered to park it the other way round so I could see it from my bedroom. Something I hadn’t done with my Discovery for years.

Come Monday the man from Jaguar came to take it away. I didn’t let him in for a while, hoping he’d go away. My plan didn’t work.

“Can you do the school run, please!” Stacey shouted. I had no excuse, so I stomped off towards my Discovery. Five years ago I tried to find a hotel on the sat nav; I’ve never been able to turn this option off. The screen displayed a solid wall of bed symbols. I sighed as I started the engine and tried to ignore the tinny diesel roar. I want my Jaguar back.