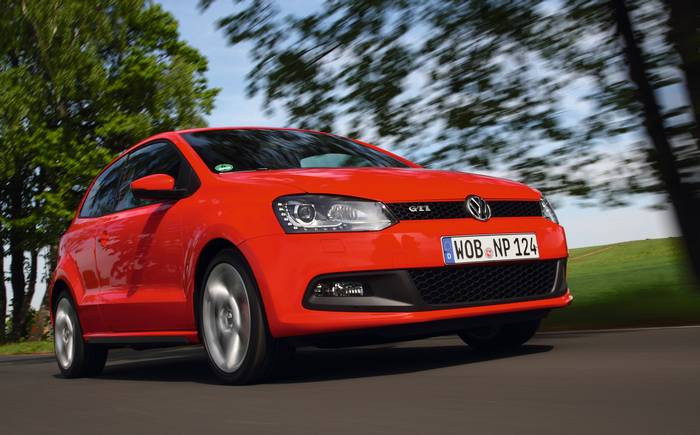 So what possible chance is there that it’d allow us to drive “a car”. “Let me just get this straight,” the minister of transport would say. “You are seriously suggesting that teenagers and old people and African immigrants should be allowed to ‘drive’ a machine at a mile a minute on a ‘road’ that is just a few feet wide?” The problem the government has is that by the time it had invented the nanny state, the car was already well established. And therefore unbannable.

Search for and buy a VW Polo on driving.co.uk

As a result it has tried to make the concept of driving one so unpalatable that we simply won’t bother. It has employed an army of “community traffic enforcement officers” and dressed them up like SS Power Rangers to make sure we can’t park anywhere; it has imposed punitive taxes on the car itself and the juice we need to make it work; it has turned half the road network into bus lanes and cycle ways and then it has festooned what’s left with Gatso cameras and mobile vans to make sure we can never exceed 3mph. And it has fuelled the green movement so that cyclists are allowed by law to bang on our roofs and make us feel guilty if we ever turn right or left. None of this has really worked.

There may be a few lunatics in east London who think the bicycle and the bus are perfectly good alternatives but for most right-thinking people the car is so brilliant and so handy that no amount of pressure will cause us to leave it at home. As a result, the government has a new plan. It is in the process of reworking the driving test, making it so impossible that no one will ever pass. At present, the examiner tells you which way to go at every junction. This means that you are free to concentrate on indicating and looking over your shoulder and shuffling the wheel like a demented two-handed onanist and all the other things you’ll never have to worry about again.

Now, though, the test will include an element in which the examiner will tell you where to go and then shut up while you go there. This means you have to concentrate on indicating and looking over your shoulder and shuffling the wheel like a demented two-handed onanist while looking out for road signs to the city centre. Which, if you are in Northampton or any of the other badly signposted town and cities, won’t exist.

That’s a lot to think about when you are nervous. It’s like being made to pat your stomach and rub your head while reciting poetry … in front of your own firing squad. The new test, which will be introduced in October, was among proposals drawn up while Labour was in power, at least some of which are being adopted by the coalition. God knows what else Labour had in mind. You must go round a roundabout while singing The Red Flag, presumably.

Early research suggests that the pass rate under the new test will fall from the current 42% to just 18%. That’s less than one in five. In every way, the government wins. Not just ideologically but financially, too. At present, if you take your test twice, you pay £124. If you have to take it five times you pay £310. But with such a low potential pass rate, many people simply won’t bother. That means fewer cars, the European Union CO2 targets will be reached more easily, less demand for expensive new roads and more people using public transport.

Fewer accidents, too, which are always costly to investigate, especially now that someone is always to blame. Strangely, however, I’m quite in favour of a tougher driving test. Not because I’m a power-crazed Stalinist who gets frightened when the people are mobile. But because my eldest daughter is getting perilously close to the age when she is able to get out there among the lunatics and the old, and it scares me to death. I therefore like the idea she’ll keep failing. At the very least, it means I won’t have to buy her a car.

Unfortunately, I don’t think she will fail. Mainly this is because no examiner will ever want her back in his car again. On her first proper lesson last week, all she wanted to know was how to do a racing start. And then, once she’d mastered that, how to do a handbrake turn. Has anyone ever done a handbrake turn on a driving test? I hope she’s the first.

Anyway. The Volkswagen Polo GTI. This is now available with a flappy paddle gearbox and that raises an interesting point. Technically, it’s a manual, a manual that has no clutch pedal. But the government says it’s an automatic. So if you take your test in it, you will not be allowed to drive a proper manual. Just thought I’d mention it. And now, let’s get on to the car. On paper, it looks brilliant. Volkswagen quality, plenty of toys, and a lot more space inside than you might imagine.

There’s more, too. It’s much closer in size and spirit to the original Golf GTI than the current Golf, which is enormous. It even has exactly the same seat upholstery. I like that. And then there’s the engine. It may only be a 1.4 but don’t despair. It has a supercharger that generates lots of meaty low-down torque and a turbocharger that causes it to sing at high revs. The result is 0-60mph in 6.9 seconds and a top speed of 142mph.

You would imagine, of course, that putting this much oomph through the front wheels is a recipe for disaster. It’s hard enough doing the steering but when you’re trying to handle 177bhp at the same time — well, someone’s going to hit a tree. To get round this, VW has fitted an electronic limited-slip diff. Couple that to the seven-speed flappy paddle box and there’s a lot of technology at work here. Small wonder it costs more than £18,000.

There’s another issue, too. If you drive it fast, it all becomes a bit wayward and edgy. And that would be fine. Lots of hot hatches from the glory days were mentalists. But sitting in the driver’s seat of the Polo, you feel a bit detached from the action. This means you feel like a lion tamer who has no real qualifications for the job. And that means you slow down, which rather spoils the point. I didn’t get on the with the gearbox, either. Of all the flappy paddle gearboxes, Volkswagen’s double-clutch DSG is by far the best, but in the Polo it appeared to have a mind of its own, seemingly changing gear when the mood took it rather than when a change was actually necessary.

It’s not a bad car by any means. It’s quite comfortable even though it’s been lowered by about 15mm. But it is expensive. And it seems to go about its business in a rather dour, businesslike fashion, which isn’t really the point of a pocket rocket such as this. The little Citroën DS3 is nowhere near as fast, and probably nowhere near as well made. But it’s so much more fun to own and a top-spec one is nearly £3,000 cheaper. That would be my choice. The Citroën, in its base form, is in fact an ideal first car. You can look forward to it, when you’re about 70.

Search for and buy a VW Polo on driving.co.uk