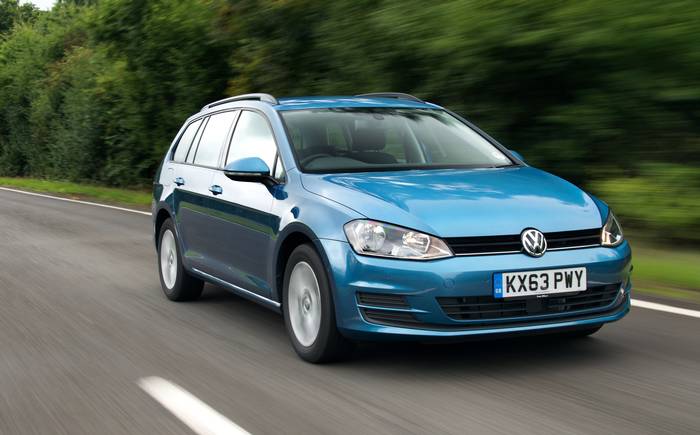 EVEN though Television Centre is now in mothballs, the BBC still has many offices in that little pocket of no man’s land between the Queen’s Park Rangers football ground, Wormwood Scrubs and the hideous Westfield shopping centre. Thousands and thousands of people work there, me included. And every day it is impossible to buy lunch.

There’s a wine bar, from 1987, but no actual restaurants. Which is fair enough, because the BBC is a modern organisation where everyone arrives before everyone else, leaves after everyone else and doesn’t dare go out at lunchtime. In the competitive arena of modern business they know that if they were to sneak out for a plate of spaghetti bolognese and a crisp white wine, they would be fed by their peers to the Daily Mail.

Like everyone else, then, I eat at my desk — except I don’t, because it is impossible to buy anything that I want to put into my mouth. Every single takeaway place and sandwich shop in the area only sells food that, if it could get into a polling station, would vote Liberal Democrat.

It’s all beans and lentils and mush and smoothies made from soil, and all the bread comes with bits in it. And by “bits”, I mean bits of what taste and feel like toenails.

Recently I asked the young woman in one of these eco-friendly, sustainable takeaways if the chicken soup on the menu had any beans in it. She was completely perplexed. Because naturally it had. How can a meal be a meal unless 90% of it is some kind of bean?

Now, of course, many people at the BBC have beards and bicycles and will very much enjoy this kind of food and are prepared to endure the terrible flatulence that results from eating it. But equally there are many normal people who do not enjoy this kind of food and wonder, out loud and quite often, why they can’t have a simple bacon sandwich. “Oh, we do have a bacon sandwich, sir. It comes in toenail bread with avocado, lettuce, some weeds and a handful of beans for your lunching pleasure.”

When did all this start? Who woke up one morning and thought the simple greasy-spoon cafe sandwich that has sustained generations of souls needed to be ruined? Who thought that corned beef, or chunks of tender chicken with mayonnaise, was no longer suitable on its own and must be garnished with what looks like two pints of Charles Kennedy’s vomit? Naturally, that brings me on to the Volkswagen Golf, which is very much the corned beef sandwich of cars. Or, rather, it should be . . .

The version I tested was the diesel- powered super-efficient BlueMotion-badged five-door estate. It represents all that is good and wholesome and right about the family car. It’s 120 years of trial and error shoehorned into a bite-sized package, in which by rights there should be no error at all.

Mechanically it is completely bob-on. This is the seventh-generation Golf and it incorporates very many new ideas that have become necessary since the sixth generation was on the drawing board. In the 1.6-litre BlueMotion version, for example, you get low-friction piston rings, low-rolling-resistance tyres and any number of other eco-tweaks that a) keep the Brussels rule-mongers happy and b) save you cash. By all accounts this car can do more than 85mpg.

I, however, went for the 2-litre version, which is still pretty frugal but can do 0 to 62mph in less than nine seconds. In addition it was quiet, refined, well equipped and fitted with a driving position that was infinitely adjustable to suit every one of God’s creatures. Even a dog could get comfortable behind the wheel.

On top of all this, a hundred or so years of mass-production know-how has gone into making the Golf, which means that it feels as if it’s been hewn from a solid block rather than assembled from 15,000 parts. You get the sense that nothing will fall off or malfunction. And as you reach out to operate the wipers or the lights or the radio, your hand invariably alights exactly where the switch for that function is located. It’s probably fair to say no car manufactured today is quite so well and quite so thoughtfully made as the Golf.

However, on top of this bedrock of common sense sits a layer of electronic flimflam that may have sounded good in a meeting but in reality doesn’t work.

Let’s start with the electronic handbrake. To disengage it you push the button and then, when the light doesn’t go out, you pull it. Then you remember you were right the first time and you can’t help but sit there wondering why, since electricity travels jolly quickly, it takes a moment or two for the light to go out.

So you push it again. And still nothing happens because, before being allowed to disengage the handbrake, you must have your foot on the brake pedal. Why? We didn’t have to do that when handbrakes were levers. It’s stupid.

Then there’s the stop-start function that turns the engine off when you are at the lights and on again when you dip the clutch. This is not stupid because it saves you money — probably 10p or 15p a year — but it is annoying. And so I always turn it off.

Speaking of annoying. The new Golf’s dashboard is programmed to deliver tips on eco-driving from time to time. So if you lower the window it will suggest you wind it up again. And if you coast to a halt at a roundabout, it will suggest that next time you do so with your foot off the clutch pedal. And so on and so on until your eyeballs begin to fizz with rage.

The worst electronic gimmick, however, is the Lane Assist feature. In theory it is brilliant because it reads the white lines ahead and will actually steer the car to stay between them. This means that if you need a nap you can nod off, knowing the car won’t drift into the crash barrier.

It is genuinely amazing to sit in a car that will steer itself. Not for ever. The system shuts down after 10 or so seconds. But it will get you round even a slip road, no problem. I bet there was a lot of backslapping and pipe-puffing in Wolfsburg when it was first demonstrated.

But when you are awake you can feel the system constantly tugging at the wheel, moving you slightly to the left and then slightly to the right. It’s like going along with a nervy parent in the passenger seat, twiddling the wheel to satisfy their paranoia.

This is especially depressing because just think how much effort has been put into the design of the steering and the front-suspension geometry of this car. Think how many years of sweat have gone into making a vehicle that feels just right. And then it’s all been ruined by a veneer of electronic kidney beans.

One day, I don’t doubt, it will be made to work in such a way that it doesn’t interfere all the time. The same goes for the electronic handbrake, and the parking sensors, which panic too early. But today electronics in cars are where we were mechanically in about 1926.

The Golf, then, is brilliant because it’s modern. But it would be better still if it were a bit more old-fashioned.

If only VW hadn’t gilded a lily