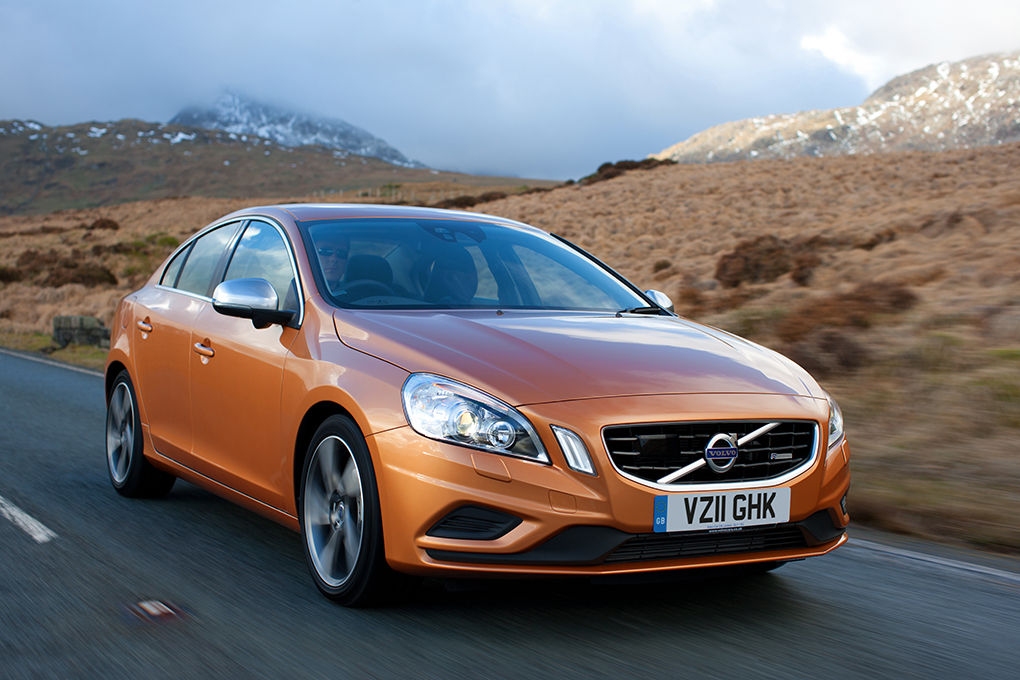 IF YOU have around £30,000 to spend on a new car and you want something with a bit of zest and four doors, there’s only one reason for not buying a BMW 3-series: and I can’t think what it is.

But there must be one, because every year thousands of people say: “I don’t want to buy a BMW 3-series,” and consequently choose an Audi A4 instead.

Search for and buy a Volvo S60 on driving.co.uk

As a car, a tool for moving you, your family and your friends from place to place, the A4 is not quite as good as the BMW: it isn’t quite as crisp somehow. But most of the time, you really won’t notice the little differences. The way the BMW resists the temptation to apply the antilock system until the very last moment, for example. Or the rear-wheel-driven balance that’s missing from the Audi, whether it’s front- or four-wheel drive.

Still, there is absolutely no reason why every single middle-management person in Britain would not be completely satisfied with either of these cars.

And yet. Every year, large numbers say: “No. I do not want a BMW. Or an Audi,” and end up going for the third-best option, the Mercedes-Benz C-class.

I look sometimes, usually when I’m in Hounslow, at people driving the baby Merc saloon and I always think: “What made you buy that? The BMW and the Audi are better. You have wilfully gone out and spent £30,000 or thereabouts on the third-best option. You must be a mental.”

Still, each to his own, and there is absolutely no doubt that the needs of every single person in the land are met by one of these three cars. Or if someone is allergic to Germans, a Subaru Legacy. So what on earth was Volvo thinking of when it sat down and decided to make the new S60 T6?

Who does it think is going to say: “No. I don’t want a 3-series and I don’t want an Audi A4 and I don’t want a Mercedes-Benz, because what I’d rather spend my money on is a Ford Mondeo that has been re-engineered by a Swedish company that’s now owned by Johnny Chinaman.” On the face of it, this is a car that could only possibly appeal to people in lunatic asylums. The sort of people who look at all of Europe’s holiday spots and then spend their summer break in Wakefield.

In the olden days, of course, Volvos were perceived to be safe. Actually, let’s be fair. They were safe. Mercedes has pioneered many things over the years but a lot of important safety stuff — antisubmarine seats and daytime running lights and so on — all came from the frozen north.

Now, though, it’s all changed. Is a Volvo more safe than a BMW? I very much doubt it. In fact, according to the safety tests carried out on all new cars in France every year, Renault appears to have the safety crown in the trophy cabinet at the moment. God knows how.

There is, then, absolutely no reason on earth why you should even consider the Volvo, unless it were to run on water, cost tuppence and make you irresistible to Abbey Clancy. Which it doesn’t.

And yet. It is extremely good-looking. The BMW and the Audi look nice, in an inoffensive girl-next-door, you-would-after-a-couple-of-pints sort of way. But the Volvo is spectacular. You aren’t surprised that prices start at more than £35,000. With those looks, you’re surprised it doesn’t cost twice that.

There’s a subconscious test I do with all the cars I drive. After I get home at night and park in the drive, do I take one last look at it before going inside? I always did with the Volvo. It’s hard to understand how on earth they’ve made an ordinary four-door saloon look quite so … dramatic.

I don’t doubt for a moment that many people are going to see these cars on the road as they go about their business and think: “Hmmm. I wonder …”

On paper, nothing much appears to be wrong. The turbocharged straight-six engine produces 300 horsepower — as near as makes no difference what you get from a BMW 335i. It then powers all four wheels via a six-speed automatic gearbox and a Haldex system that distributes the oomph to whichever corner is best able to handle it at any given time.

Better still, the car was developed on British roads on the basis that anything that can handle our potholes will work anywhere. And as a result, it rides like cream being poured onto Uma Thurman’s thigh.

So, a good-looking, comfortable, 300-horsepower all-wheel-drive four-door saloon. Sounds tasty. And it gets better. The interior is a nice place to sit, the quality is straight out of the nuclear bunker handbook on how to make things, there’s lots of space in the back, the boot’s huge and, joy of joys, Volvo has even ditched the useless sat nav system it’s been using for years — a system that only ever told you where you’d been — and replaced it with a setup that can now tell you where you’re going. It’s a bit fiddly to use but compared with the rubbish that went before, it’s a huge leap forward. Think gramophone and iPod and you’re about there.

It can do the business in the same way that a teenage boy can tidy his room and make breakfast.

First of all, it’s not especially nice to drive. It can do the business in the same way that a teenage boy can tidy his room and make breakfast. But it gives the impression all the time that it’d be happier being parked.

And that brings me on to the next, rather larger issue. I had to go to a meeting last week, a proper one, with pencils and blotting paper and people speaking in a business language I didn’t fully understand. So, I pulled up outside the venue, removed the key and went inside. Two hours later, I returned to find the engine was still running. How mad’s that? If you take the key out, but don’t actually push the button marked “stop”, the engine keeps right on going.

There’s another issue, too. To try to keep ahead in the no longer talked about safety race, Volvo has festooned the S60 with lasers that can tell if you are heading towards a creature with two legs. If it thinks you are, and that you are not slowing down, a klaxon sounds and the dashboard lights up like Baghdad.

The first time it happened I jumped out of my skin. And before I had the chance to get back inside again, the car stopped. No, really. If it thinks you’re going to hit the “humanoid”, and that you’re having a heart attack, it applies the brakes for you.

This happened twice during my week with the car, and on neither occasion was I anywhere near anything that could be called a “human”. Once I was on a country lane and once I was cut up by what a biologist would call “a cyclist”.

I suppose that one day it is vaguely possible that a child may well run into the road when I’m looking elsewhere and that such a system could well save the poor tyke’s life, so we must applaud it for that. But if it’s going to go off by accident all the time, I fear that the number of pedestrians it saves will be somewhat offset by the number of drivers it wastes with heart failure.

There is, then, no reason to buy this car. Just gawp when you see one and buy the BMW 3-series instead. Or the Audi. Or the Mercedes.

Search for and buy a Volvo S60 on driving.co.uk