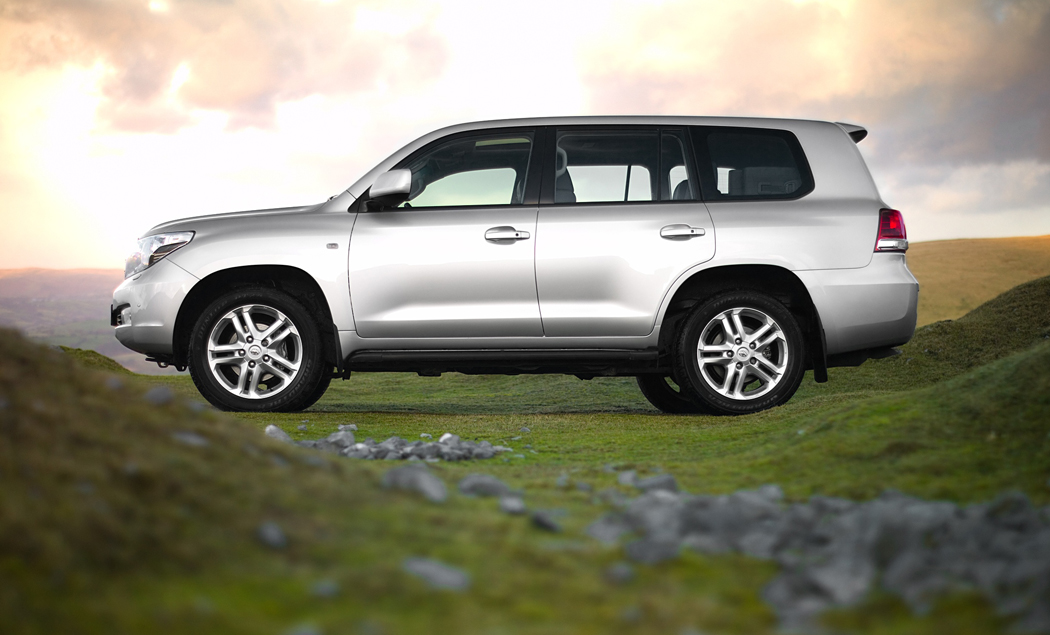 You may imagine, as you cruise past Britain’s leafier schools, that the middle classes have no imagination at all. They all have the same clothes, the same hair, the same spectacles and, of course, the same car. A Volvo XC90. Obviously, I try my hardest to be a black sheep in this sea of uniformity. To try to stand out, I wear my pubes on my head, I smoke outside the school gates, my glasses are rubbish and I haven’t yet graduated to corduroy strides. I even consider wearing dungarees occasionally. But I do have a Volvo XC90. It’s my third, in fact, and there’s a very good reason for this.

Short of selling one of the kids, there is no alternative. If you have children, they will have friends, and, then, only the big Volvo will do. Because, unlike the seven-seat people carriers, it is not woefully mumsy and does not indicate to other road users that you have completely given up on life. And, unlike the Land Rover Discovery, it has a boot. And rear seats that can be folded while you are carrying a toddler. And you don’t have to be a murderer to get behind the wheel.

Search for and buy a Toyota Land Cruiser on driving.co.uk

As a piece of commonsense design, the XC90 is right up there with the bath plug. But what annoys me about it is that in so many areas it’s not good enough. Its diesel engine would be considered crude and useless by the first mate on a Russian trawler. The satellite navigation tells you only where you’ve been; and it gets through rubber faster than Warren Beatty. We wore out the last set of tyres in 5,000 miles. That’s 5,000 miles of school runs. Not 5,000 miles round Silverstone.

That’s why my quest to find an alternative goes on, and that’s why, last week, I was tooling around in the 4.5-litre diesel-fuelled Toyota Land Cruiser V8, a car that is about the same size as Io. There were, if I’m honest, a few issues. Let me give you a taste. There’s a huge vibration from the pedals at low speeds, the steering wheel has very little say in the direction of travel, the engine is catastrophically unrefined, you need a space the size of Iowa to park it, the gearlever has the poise of Ann Widdecombe, the fake wood on the dash is so bad it’s almost funny, the driving position is strange, the controls appear to have been fired at the dashboard with a blunderbuss and nailed down where they landed, it’s uncomfortable, the rear seats don’t fold into the floor and hang on straps from the ceiling instead, it drinks fuel like an F-15 on combat power, it costs nearly a thousand pounds in road tax for its first year, it doesn’t go very fast and it looks so bad I can only imagine the stylist must have died of shame. Before he was finished.

Of course, you may argue that these small details are a price worth paying because, underneath it all, the Land Cruiser is a tough, no-nonsense vehicle that will keep going long after the Volvo has shattered into a million pieces. But I wonder: is that true any more? Way back when, Land Rover had a 97% market share in the rougher bits of Australia. After the Land Cruiser came along and demonstrated to Bruce that a car needn’t necessarily fall to pieces when presented with a small stone, that share fell to just 2%.

It was the Land Cruiser that put Toyota on the global map, and obviously the company is keen that its newest standard bearer continues to dominate in the world of peacekeeping, mining, terrorism, outback farming and taking children called Arabella to school in Godalming.

That’s why the company tells us it employed 1,500 people for five years to design and engineer it. Toyota is also at pains to highlight the thing’s simplicity. Unlike most modern cars, the Land Cruiser is not a monocoque. The chassis and the body are two separate units and, says its maker, there’s a good reason for this. In Kazakhstan, people do not have access to laser-aligned rigs on which crashed cars can be repaired; just some sledgehammers. And it’s for the same reason that the new car does not have an electronic handbrake or fancy headlamps or computerised air suspension. Because Borat does not have a laptop, it gets standard coil springs with adjustable hydraulic shock absorbers.

Inside, it’s the same story, with big buttons and levers that can be operated by cloven hooves, and much vinyl that can be cleaned with water from the river. The message, then, is clear. This is a car built to work. A machine for people whose need for reliability is not just a matter of convenience, but a matter of life and death. You break down on a sheep station in Oz in December and there’s no RAC at the end of a phone. You are cooked by the sun, and then eaten by dingoes.

You may like this “keep it simple” approach and you may think that you are prepared to put up with the fuel bills, the lurching, the lethargy, the discomfort, the noise and the hideous styling because what you are driving is a wellington boot with a V8. But is Toyota keeping it simple to make Borat happy? Or to save money? Because if it’s true the company decided not to fit the Land Cruiser with air suspension to make it easy to repair, why does it have electrohydraulic engine mounts and solenoid common rail injection? These are not things that can be fixed with an anvil.

The cars sold in Britain go even further because they come with heated seats, a rear-view camera and something called crawl control, which enables you to creep along, off road, at half a mile an hour. Or three, if you’re feeling giddy. What we’re looking at here, then, is a £59,000 diamond-encrusted shovel, which would be fine — sort of — if the shovel itself were good quality. And you know what? These days I’m not sure it is.

In the past I have lavished much praise on Toyota’s reliability. However, I fear that these days the philosophy is struggling to stay afloat in the world of market forces. The old Toyota Hilux, for example, was fitted with two electrical systems and two batteries. The new one — and cost can be the only reason for this — is not. And there’s more. I took a big Toyota off-roader to the North Pole recently and at first glance it seemed to be a standard product fitted with big wheels and long-range fuel tanks. Not so.

The Icelanders who made the modifications had to make the trunnions 300% stronger because, in their words, the standard Toyota units just weren’t up to the job. They said that not that long ago you could take a Land Cruiser from the showroom and drive it across a glacier. Now, they say, you can’t. Put simply, if you threw this new Land Cruiser in the sea and set fire to it and dropped it from a skyscraper, I’d bet a large lump of money it would not work afterwards. So what we end up with is a horrid, ugly and uncomfortable monster that isn’t in any way simple and could, possibly, not be as tough as its reputation would suggest. For these reasons, and despite the hideous middle-class uniformity of the damn thing, I shall be sticking with the Volvo. You should too.

Search for and buy a Toyota Land Cruiser on driving.co.uk