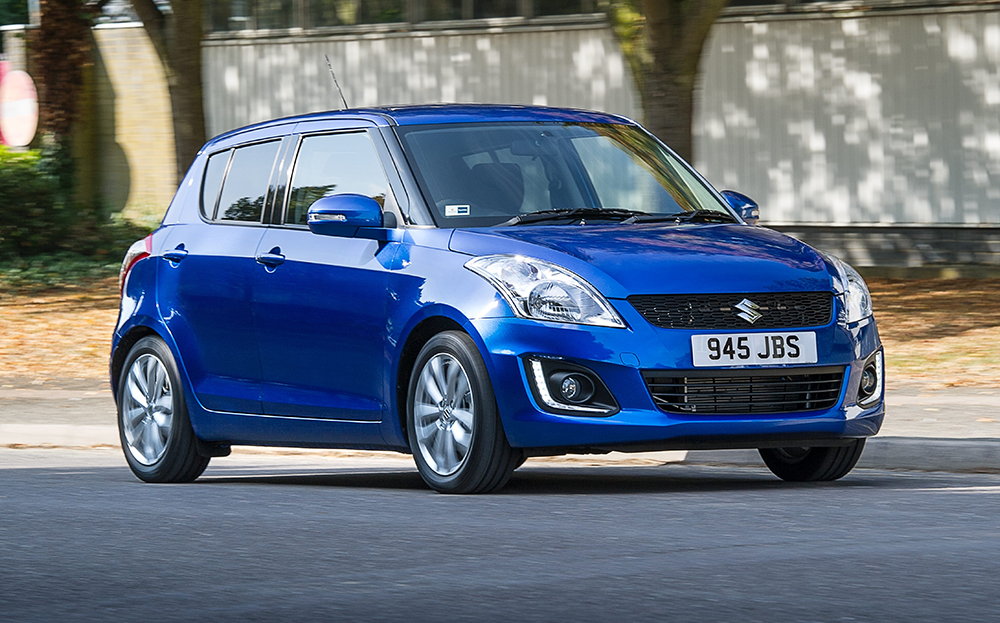 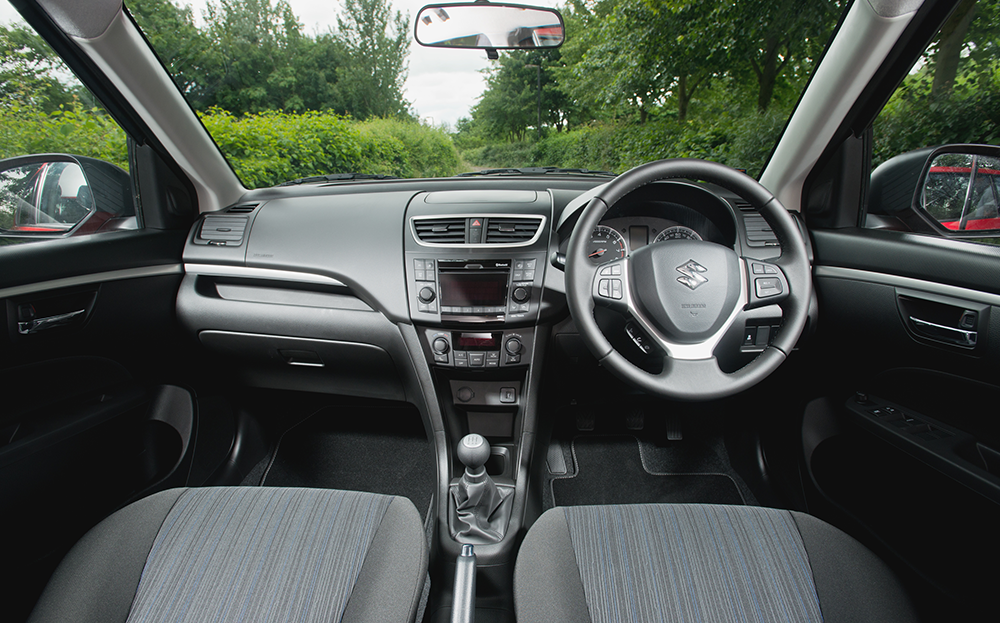 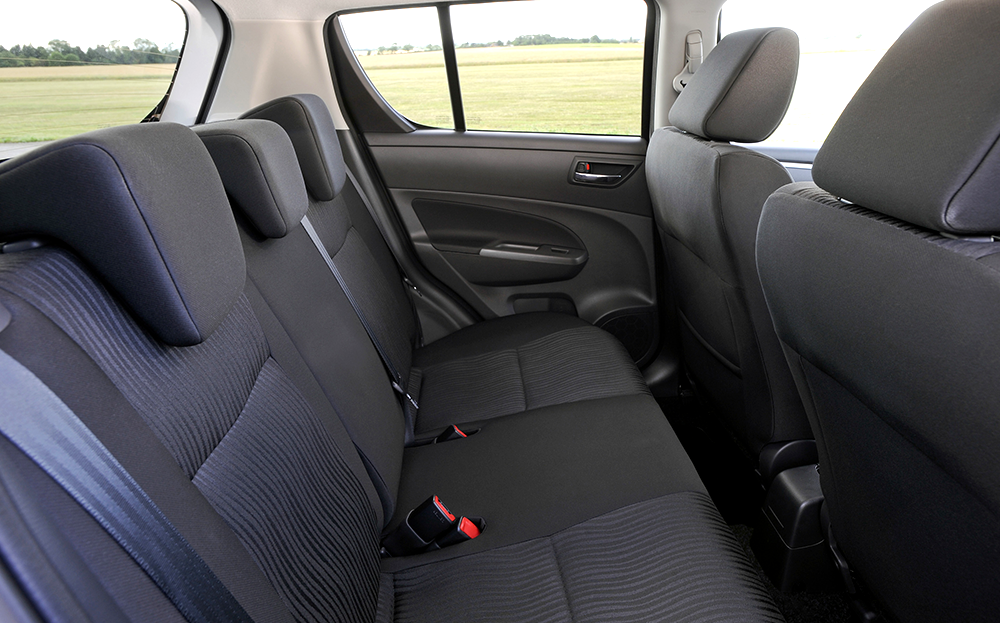 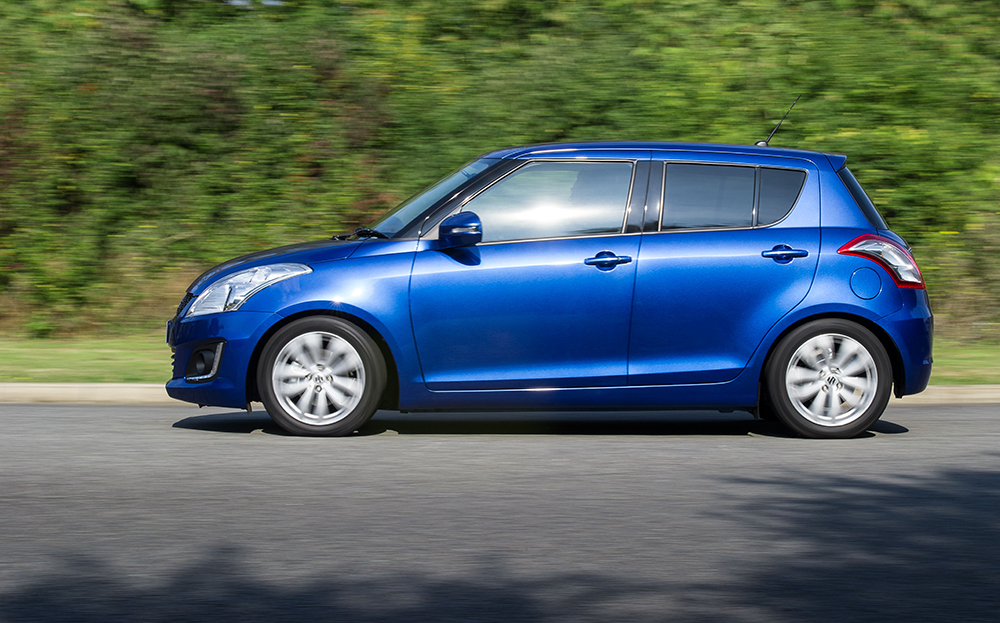 Share Article
The car on which all future-fuel cars should be modelled
Pros
Peppy engine
Decent space for a small car
Bargain price (especially if it comes with bullet holes)
Cons
Well, it can't park itself
There's no Wi-Fi hub
70mph side impacts can damage the water bottle
Specifications
Cars > Suzuki > Swift

I’M BAFFLED by the car industry’s apparent reluctance to think more seriously about hydrogen as a replacement for petrol and diesel. Hydrogen is the most abundant element in the universe, so we wouldn’t run out of it for about a billion years, and it’s clean too. A car powered by hydrogen fuel cells produces nothing from its tailpipe but water.

Right now we have the technology to make hydrogen-powered vehicles, and yet, by and large, the car industry is sitting on its hands. Several years ago, with a fanfare provided by a lone bugler on a distant hillside, Honda leased out a handful of test examples in California, but then the bugler stopped playing and went home. And we’ve heard very little since.

Like everyone else, Honda is now making hybrids that use two motors to combat the problem of overconsumption. And the demand for hydrogen is so low that, in the whole of the UK, only four public filling stations stock it.

Rather gamely, a small Welsh company called Riversimple is swimming against the tide and has developed a hydrogen car called the Rasa. It’s clever because it uses electricity garnered from braking to provide acceleration and electricity from hydrogen fuel cells to provide a gentle cruise.

But while the Rasa is made from all sorts of exotic materials, the company has given the poor little thing styling that Riley would have dismissed for being rather old-fashioned, and then added tyres that WO Bentley would have called “a bit thin”. Any normal person would look at it and think: “You know what — I think I’ll stick with my Ford Fiesta.”

This is what the modern-day pioneers of future propulsion systems must remember: we know how a car should look, and we simply won’t take the plunge if it looks odd in any way.

“Modern-day pioneers of future propulsion systems must remember: we know how a car should look, and we simply won’t take the plunge if it looks odd.”

It’s like houses. We may swoon over the cleverness of modern architecture in magazines, but when push comes to shove, we all want to live in something that looks as though it was designed by a Georgian.

This is where Riversimple is going wrong. It’s no good saying that the Rasa weighs about the same as a mouse, uses almost none of the world’s resources to move about, produces only water and could be used at night, silently, to provide electricity for a whole street. Which it could. Because no one is going to drive a car that causes other people to laugh at them.

Extreme petrolheads crave the extraordinary and will even drive a car that has no windscreen if they think it will deliver one more mile an hour, but everyone else craves the ordinary. They want to blend. And going to the shops in a Rasa would be like going to a funeral in a scuba suit. You wouldn’t blend at all.

Talking of scuba suits, I recently needed one when I was filming in Barbados for my new Amazon Prime motoring show.

I also required some wheels for this important work, and that was a problem, because every single hire car on the entire island had been rented to someone else. Which turned out to be good news, because all these people had drunk far too many rum punches to know what a car was, or that they’d rented one, or where it was, which meant I could nick it.

The car I decided to nick was a small Japanese saloon with black wheels and extremely squeaky brakes. Each time I tried to slow down it sounded as if I was lowering a cement mixer onto a cat. Oh, and the steering wheel was loose. And the engine was so gutless that every time I tried to speed up, literally nothing happened.

Barbados is not a mountainous country — it can in no way be confused with, say, Bhutan or Switzerland — but there are a few gentle hills and all of them flummoxed my small, white Japanese saloon car. I’d row away desperately at the gearlever, but it was futile. The only way of getting up even the smallest incline (I nearly said “slope” then) was to arrive at it doing about a hundred miles an hour.

However, on the fourth day I grew to rather like it. And I didn’t work out why until the fifth day, when I realised that I’d somehow got into another small Japanese car and was using that by mistake. This one was different from the first one, partly because it was blue and partly because it had a bullet hole in the door. But mostly because it was excellent. So excellent that I went round the back to see what it was. And —surprise, surprise — it was a Suzuki Swift.

I know this car well. We used Swifts when playing games of car football on the Clarkson, Hammond and May world tour, so I know they are nippy and that they have a great turning circle, especially if you use the handbrake. I can also tell you, because car football is quite a violent contact sport, that they are good in a crash.

I have crashed a Suzuki Swift probably 500 times in the past few years, so I know they can take an enormous impact without breaking. The only real problem is that the washer bottle can burst if you slam the front left corner into James May’s door while doing about 70mph.

“I have crashed a Suzuki Swift probably 500 times in the past few years, so I know they can take an enormous impact without breaking.”

I’ve even driven a Swift on the road. It was the Sport model and I seem to recall I gave it four stars. I can’t recall why I didn’t give it five, because it was fast and fun and extremely good value for money.

The car I drove in Barbados was not the Sport version. It was the cooking model, and I should imagine that it therefore represents even better value. You could probably buy the car I had for about a pound. Mainly because of the bullet hole.

As you probably know, my everyday car is a Volkswagen Golf GTI. I drive one because it costs less than £30,000 and does everything you could reasonably expect from a car today. Well, the Swift does everything for less than £10,000. So that makes it even better in my book.

It has whizzy acceleration, a smooth ride, space in the back for grown-ups, a decent boot, fun handling and excellent fuel economy. No, it can’t park itself, there’s no wi-fi hub and you have to use a map if you want to know where you’re going. But it has a fuel gauge and electric windows, and that’s all you need, really.

Best of all, though, you don’t stand out. It’s a plain-Jane, ordinary box — 12½ft of car. It’s the shortest poppy in the field. And it should therefore be the shape that all the future-fuel start-up businesses adopt.

Because if a car looked like this, produced only water and could power our house at night, we’d buy it. And then the motor industry would stop fiddling about with its pointless batteries and its hybrid-drive systems and get on the only road where there is actually a future for personal mobility. The hydrogen road.