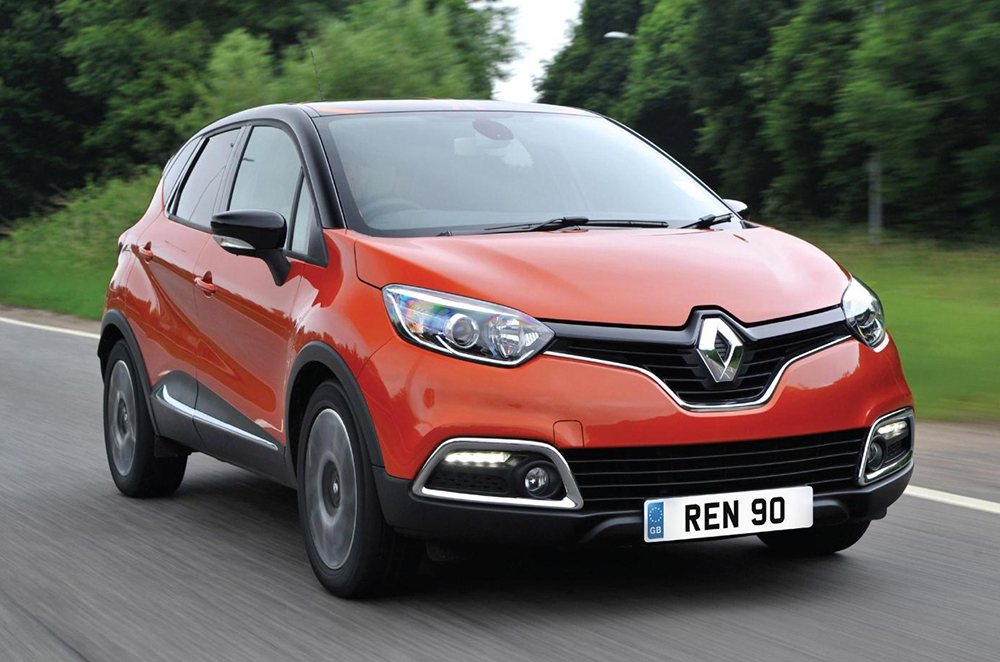 WHEN THE McLaren MP4-12C was first introduced, many commentators, myself included, noted that while it was technologically magnificent, it didn’t do much to make a car enthusiast pant and whimper. It felt, sounded and looked a bit boring.

Well, that car has gone now and in its stead we find the 650S. It’s broadly similar to its predecessor but McLaren has tried its level best to make it more raunchy. Which is why it features something called a “cylinder cut” function that causes the engine to snuffle and pop and bang on the overrun.

Sorry, but I’m not convinced. In the olden days when engines were fed with carburettors, and the polar bear hadn’t been invented, fuel was sort of hosed into the engine even when it wasn’t really necessary. As a result, it would emerge from the cylinders unused and explode only when it came into contact with the hot exhaust. The popping, snuffly sound that resulted was the sound of money being converted into nothing but noise.

There is absolutely no need for that to happen now, not when an engine is fed by a computer-guided fuel-injection system. So, if an engine is popping and snuffling and banging you, know that the sound is fake. It’s not the sound of engineering. It’s the sound of marketing. And I don’t like that.

And Jaguar, you can stop pretending to look out of the window, because you’re guilty of exactly the same crime. The new F-type makes all sorts of noises that you just know were added to the mix after the car was finished. They’re not real.

Tinkering with the sound a car makes was first done by Ferrari, which fitted the 355 with a flap in the exhaust. In normal driving conditions, when the EU noise inspectors were listening, they were closed and all was serene. Under heavy acceleration, after the man from the EU had ticked the box, they opened and all hell broke loose.

The new F-type makes all sorts of noises that you just know were added to the mix after the car was finished. They’re not real.

Aston Martin’s engineers, when they first discovered this, said “the cheating bastards”. And then promptly fitted the same system on their cars. And that’s fine. That’s using engineering to push the rules. But using engineers to create sound for sound’s sake? No.

And that brings me on to the fake vents in the new Range Rover’s front doors. Why would you want vents in the door? What are they for? Styling details only work if they appear to be the result of an actual requirement.

You look, for example, at the rear of a Ford Kuga and you think: “That under-the-bumper ironmongery. Really?” Because it isn’t ironmongery. It’s just a bit of plastic, glued in place to make the car look a bit more rough and tumble.

My car has a carbon-fibre diffuser under its rear bumper and I’ve always wondered about that as well. In fact, I even asked the Stig about it the other day because he knows about this sort of stuff. “Does that make any difference to the car at all?” I said. “Well, it makes it a bit heavier,” he said.

But when it comes to cars that really are writing cheques their bodies can’t cash, the prize must go to Renault’s new Captur. Because almost everything fitted to this car is either completely unnecessary or baffling.

Let us start with the air quality read-out. At first, I thought it was some kind of device that allows the driver to select how nice he or she would like the air to be in the cabin. And I was a bit puzzled because who would ever say, “Right. For this journey, I would like the air in my car to be poor, like the inside of James May’s underpants”?

However, after I had located my spectacles, I realised that, actually, it is there to tell you about the quality of the air on the outside of the car. Right. And what am I supposed to do with this information? It’s like those signs you get on mountain roads saying “falling rocks”. Yes. And? 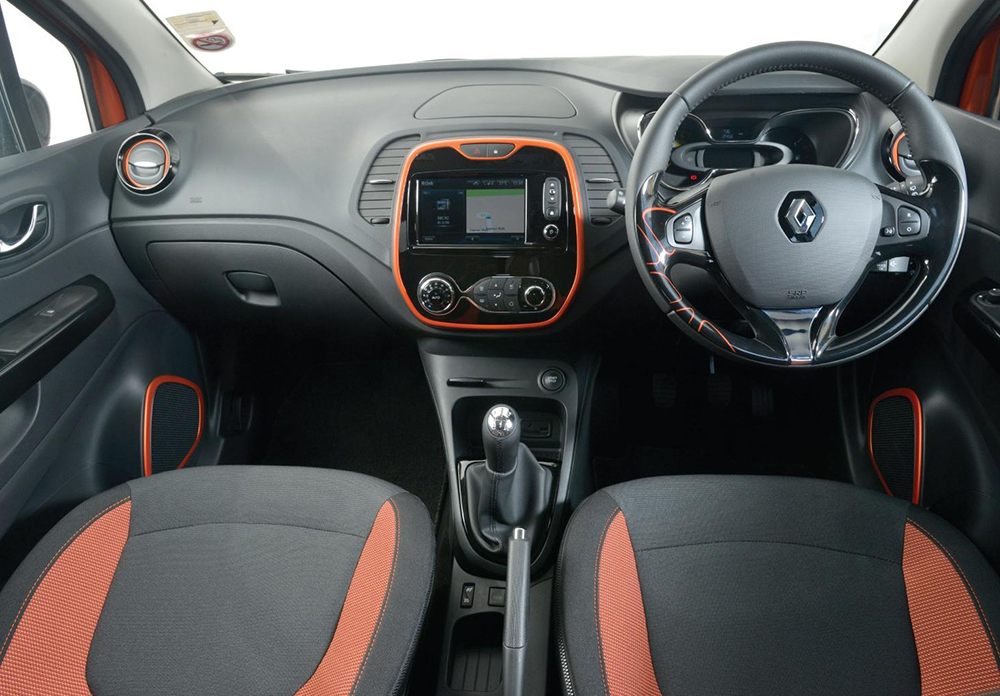 I wouldn’t mind but it plainly doesn’t work because during my time with the Captur, mother nature was scooping up half of the Sahara desert, mixing it up with all the emissions from Europe’s lorries and power stations and depositing the unholy cocktail all over southeast England. The newspapers were full of familiar views that were obscured almost completely by the airborne soup, and a government adviser was telling people to do no exercise and stay indoors. And yet, despite this, the Captur was saying that air quality was good.

Unless I drove past the hedge outside my flat. Then it said the air quality was bad. I don’t know what’s in that hedge. A pap usually.

It wasn’t just the air-quality meter that left me baffled. Because what is this car exactly? It is powered by an 898cc three-cylinder turbo engine so it sounds like it should be a small runabout. Certainly, it isn’t fast. It’s not even on nodding acquaintance with fast. The figures suggest it goes from 0 to 60 in 13 seconds but I reckon this would only be possible if you pushed it out of the back of a Hercules transport plane.

And yet despite the smallness of the engine and the lethargy that results, it looks like some kind of Range Rover wannabe. It’s raised and big and fitted with all sorts of styling details that hint of a yearning to be in the jungle. So, it’s a teddy bear dressed up as Bear Grylls.

But it’s neither of those things. It’s actually your driving instructor, because as you go along it marks you for the quality of your acceleration, the smoothness of your braking and your anticipation. It kept telling me my acceleration wasn’t very good. And I kept telling it that if it had a bigger engine I wouldn’t have to stand on the throttle quite so heavily. And that if it didn’t STFU, I’d hit it with a hammer.

It’s raised and big and fitted with all sorts of styling details that hint of a yearning to be in the jungle. So, it’s a teddy bear dressed up as Bear Grylls.

You can sense this personality disorder in its name. Because the car I tested was called — and I am not making this up — the Renault Captur Dynamique MediaNav Energy TCe 90 Stop & Start. Not since Frank Zappa was let loose with a list of christening names has anyone come up with something as stupid as that.

Even the price is odd. Without extras, and there are loads, it’s £14,995. That’s a lot for a three-cylinder car. But it’s cheap for a five-door school-run-mobile. 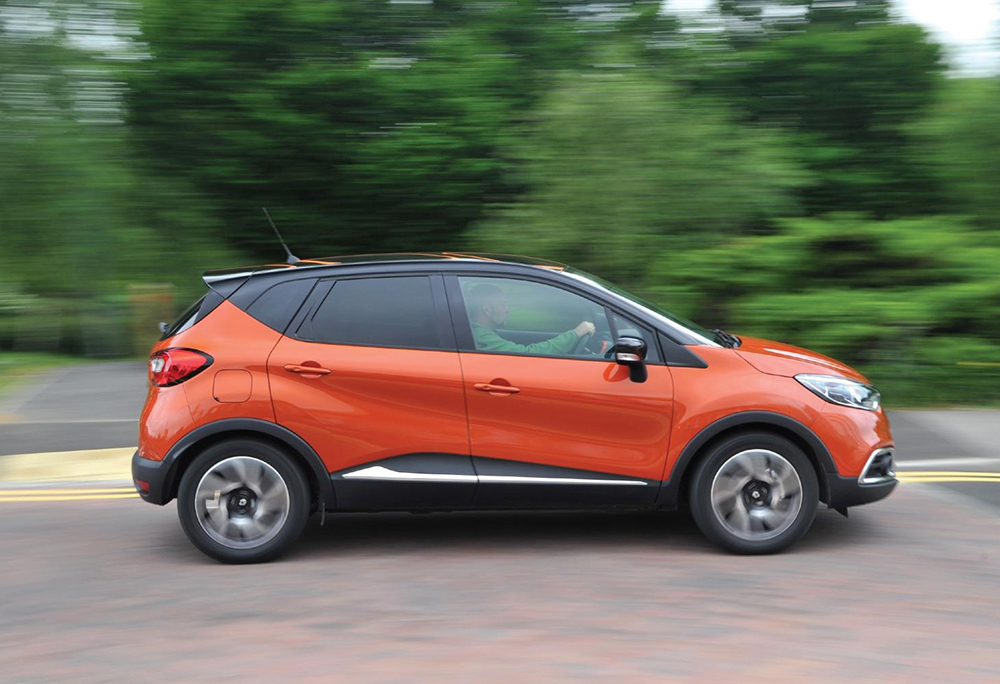 To try to make sense of it all, I turned to Renault, which says it’s the company’s first “supermini crossover, a stylish, innovative, fun to drive and keenly priced car that combines MPV versatility with SUV looks and family hatchback refinement, ride and handling”.

Right. I see. And to whom will this mishmash appeal? Well, it’ll be “couples of all ages, young families and style-conscious single households”.

I seriously doubt that. Because in attempting to make a car that appeals to everyone, they’ve ended up with something that suits nobody. It’s just layer upon layer of marketing, smothered over the running gear of a Nissan Juke.

If you want a small car, save yourself at least £4,000 on the base model and buy a Volkswagen Up!. Because that’s just a beautifully made, well conceived, uncomplicated piece of engineering.

AS authentic as a vegetarian sausage