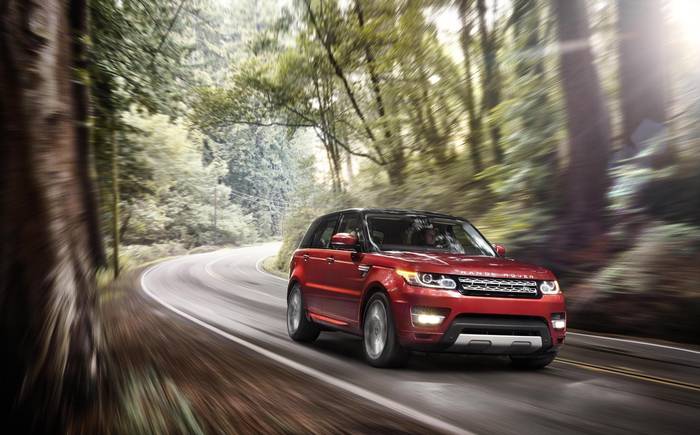 In the olden days, when it was possible to make a few shillings from cultivating the land, farmers could afford two cars. They had a Land Rover, on which they could lean while gnawing on a pork pie. And perhaps a Humber for nights out at the Berni Inn.

But then consumers got it into their heads that the correct price for a pint of milk was about 6p less than it costs to make. They also reckoned that bread should be 1p a loaf, and meat should be pretty much free. This meant farmers couldn’t afford two cars any more.

Search for and buy a Range Rover on driving.co.uk

Happily, Land Rover came to the rescue in 1970 with something called the Range Rover. It was quite brilliant. The world’s first dual-purpose vehicle. For just £2,000 you had a car that would bumble about quite happily with some pigs in the back, and then, after work, you could simply hose down the interior and use it as a comfortable limousine for a trip with Mrs Farmer to the theatre.

The last Range Rover Sport was also a dual-purpose vehicle. It worked in Wilmslow just as well as it worked in Alderley Edge. It suited both footballers and their wives. You could use it to distribute pharmaceuticals during the day, and then in the evening it was a stable gun platform should a drive-by shooting be necessary.

I know lots of people who have what I call the proper Range Rover. In fact, I’m struggling to think of any friend in the country who doesn’t have one. But I know only one chap who has a Sport. And there’s no other way of putting this: he’s called Gary. A point made plain by his registration plate.

The main problem, however, with the Range Rover Sport was that it wasn’t a Range Rover. Underneath, it was actually based on the Discovery, which meant it came with a complex double chassis system. That made it heavy. And that meant it wasn’t a Sport either.

Then there was the problem of its tailgate. In a proper Range Rover it splits, and you can use the bottom half as a seat when you are at a point-to-point. The Sport didn’t have this feature. It just had a normal hatchback, like a Volkswagen Golf.

I was never a fan. I thought it was more of a marketing exercise than a genuine piece of engineering. And I harboured similar worries about the new model, which has just gone on sale. The problem is simple. For 43 years Land Rover has been demonstrating that you can make a car that works extremely well off road and is still comfortable and quiet and refined on the road. But if you try to make it into a triple-purpose car by attempting to put some sportiness into the mix as well, you’re going to come a cropper.

Think of it as a stout brogue. You can use such a thing on a ruddy-faced country walk. And you can use it while window shopping in St James’s. But you cannot use it in a 100-metre race, unless you want to lose. And that’s what the Range Rover Sport is attempting to be: a brogue that works on the moors and in central London . . . and on a squash court.

A sports car must have direct, quick steering. But if you do that with a Range Rover, you will find the steering wheel bucks and writhes about on rough ground. A sports car must have firm suspension too, but that’s precisely what you don’t want on a ploughed field. Or on the M40, actually.

I therefore approached the new Range Rover Sport with a sense of dread. But I emerged a bit astounded because somehow Land Rover’s engineers seem to have pulled off the impossible.

It’s not sporty. Let’s be very clear about that. The throttle response is too slow, and the engine in my test car was too dieselly, and the steering, though quicker than I was expecting, is not as quick as it is on, say, a Ferrari F12. But it does have a sporty feel, which is quite good.

In Dynamic mode the ride comfort is seriously compromised, but I have to say, for a big car, you really can hustle it very, very hard. How hard? Well, through the Craner Curves at Donington, how does 100mph sound? Sure, you could probably get a proper Range Rover to achieve a similar speed, but it would be extremely scary.

Later I went to have a look round the charitable institution I laughably call a farm, and here, I’ll be honest, it felt pretty much identical to its proper brother. It had the same push-button system that lets you tell the car what sort of tricky terrain lies ahead, so that it can work out which differential should be locked and what range the automatic gearbox should select.

Then, afterwards, it was back to London, where the sporting brogue became as comfortable and as quiet as your favourite armchair. Some of the fixtures and fittings are not quite as satisfying as they are on its proper brother, but the architecture is great: the high centre console put me in mind of a Porsche 928, and there’s no getting away from the fact that there are many toys to play with. Possibly because I had an Autobiography-spec car.

DAB radio was one of those toys, and I’m sorry but it’s about time people stopped jumping up and down with excitement about the quality of the sound, because most of the time there isn’t any. When the signal is a bit weak, normal radio goes hissy for a moment or two. But when the digital signal is a bit weak, you get silence. For mile after mile after mile. It may work in your kitchen, but in a car you would be better off with a record player.

Still, because there was no radio, I did notice the fuel gauge, which, after many miles, was still resolutely stuck on full.

And this really is the ace up the new Sport’s sleeve. You see, underneath, this is not a Discovery. It shares much of its basic architecture with the new Range Rover, and that makes it light. And that in turn means massively improved fuel consumption. I swear my car wasn’t using any at all.

This, then, is a massive improvement on the old car. It is a Range Rover, it does have a sporty feel, it does work off road and it is comfortable and well equipped. But it doesn’t have a split, folding tailgate. That’s why my eye is still on its more expensive bigger brother.

It seems unfair now to call it the proper model. Because the Sport’s proper too. Gary has already ordered one.

A brogue with running spikes

Search for and buy a Range Rover on driving.co.uk