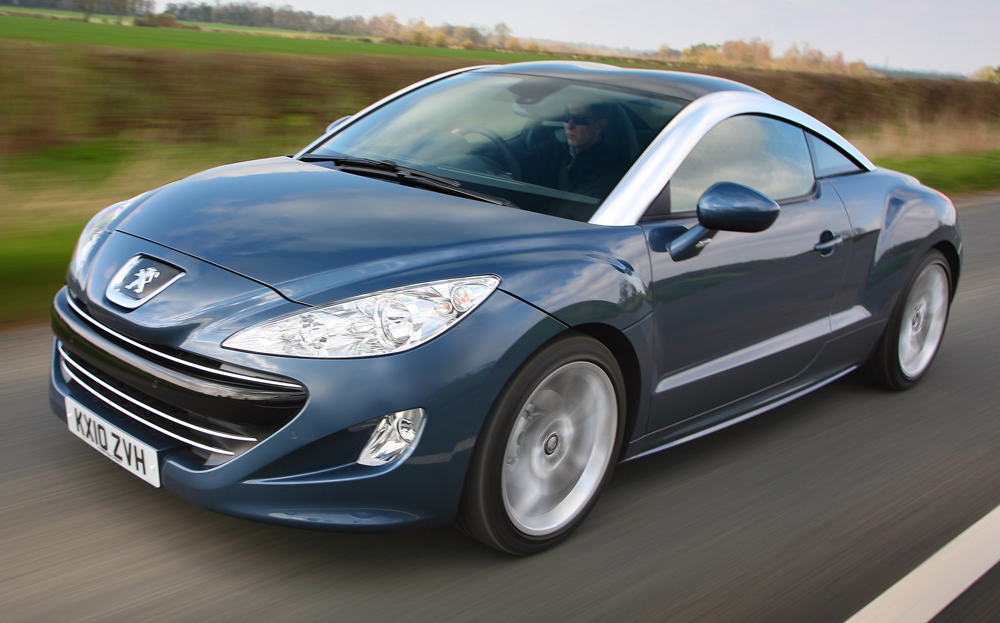 A LETTER from Peugeot has arrived on my desk, claiming that the company is celebrating its 200th anniversary. Quite what I’m supposed to do about this, I’m not sure. Hang out bunting? Bake a cake? Organise a party for people in the area who own one? That’d be fun. They’re all in their eighties.

Of course, the more pedantic among you will have spotted something odd here. How can Peugeot possibly be 200 years old when the motorcar was invented only 125 years ago? What did the Peugeot brothers do? Start a car company and then hope someone would come along with an actual car some time later? The answer is contained in my letter. The brothers turned their father’s flour mill into a foundry, in which over the years they made lots of things: saws, chisels, crinoline hoops for women’s dresses, coffee grinders, salt and pepper mills, bicycles, scooters and, after they were invented, cars as well. Apparently, all these things are still on sale today, with Peugeot branding.

Search for and buy a Peugeot RCZ on driving.co.uk

Except for the crinoline hoops, obviously. So, a varied and interesting past for the French car giant. But not as varied and interesting as what has happened since I started paying attention. Back in the 1960s, Peugeot made cars from lead. They were powered by engines that could be dropped to Earth from space and still not break and trimmed in materials that were impervious to even the concept of wear and tear. You could drain all the oil from a Peugeot and drive a family of tigers from one end of Africa to the other and it would not break or be damaged in any way. Peugeots were tough. Dull, for sure. But strong and dependable.

And then, for reasons that are entirely unclear, the company decided it would start making peppy, fun little cars that would whizz about at very high speeds. So, along came the 205 GTI, and it was excellent. Completely different from the 504s that had gone before, but brilliant nevertheless. Oh sure, it was made from tracing paper, disintegrated if it ran into a head wind and had steering so heavy that the weak could not get it to go round a corner, but for the strong, and for the brave, it was the first credible rival to the Golf GTI. And it wasn’t just the 205 either. The 306. The 405. The 505, even. They all handled with a joie de vivre that made you smile and be happy. I remember writing once, way back in the mid-1980s, that someone deep inside Peugeot’s engineering team truly understood chassis technology. Then Peugeot did something interesting. Having made robust cars and then fun cars, it decided it was time to go ugly.

Its first effort — the 309 — was a fabulous success. It was absolutely hideous. Don’t try to remember it: you’ll only end up vomiting, which would be a bad thing over the breakfast table. Just take my word for it. It was as foul to behold as a purulent sore on the end of a gangrenous wound. The company was so pleased with it that it adopted the philosophy for all its cars. And soon Peugeot truly was a byword for style-free motoring. But behind the awkward angles and the silly wheels, the man in the engineering department continued to plug away, and, as a result, Peugeots remained good fun to drive. Even the wretched-looking 309 was a laugh. Yes, it was made in Coventry. Yes, it made children cry and, yes, it was as robust as an earwig. But on a nice road it was a hoot and, of course, from behind the wheel, you didn’t have to look at it. Lovely.

Soon, though, Peugeot tired of making ugly cars that were nice to drive and came up with a new wheeze. Ugly cars that were horrible to drive. This was a fantastic idea. Volvo had abandoned its traditional place in the market, forcing the dull and the beige into various products made by Rover. But then Rover had gone to the wall, leaving such people up a gum tree. Because at the time nobody was producing nasty, ugly, badly made cars in which they could trumpet their lack of interest in all things motoring. It’s a big army we are talking about here. Top Gear is watched by 7m or 8m people in Britain every week, and that means 54m find something better to do. Watching Heartbeat. Staring out of the window. Having a stroke. These are Peugeot’s customers. The Frenchies took their new role to heart, launching an endless stream of awful cars, each a little bit worse than the one that went before.

The 1007. Remember that? It had electric sliding doors, like a lift. Only it was slower and less fun. And then came the 5008, one of the few cars ever made to have absolutely no redeeming features at all. The nation’s dullards were delighted. Peugeot really had the bit between its teeth now and decided that it was time to start calling its horrible cars stupid names. So out came the Bipper Tepee and the Expert Tepee Long. Suburbia was going wild. “Yes, Maureen. Have you seen this? An overpriced, badly made car that is slow, noisy and uncomfortable and has an idiotic name. Nobody will be in any doubt that we are the sort of people who make love with the lights off, read the Express, have children called Janet, don’t have Sky and know our credit account and passport numbers off by heart.

Of course, this being Peugeot, things had to change, and now they have. It’s gone back to making the crinoline dress hoops. The result is called the RCZ, and with that double-bubble roof, I have to say it looks rather good. Let’s not be fooled, though. Switzerland looks rather good, but the pointy backdrop masks a country where you’re fined €1m for speeding and put in prison for not mowing your lawn correctly. There are no immediate problems when you start to poke about in the RCZ. The space is generous in the boot, and, while the back seats are quite small — what did you expect? — there’s loads of space up front. Too much in some ways.

There were several buttons on the dash that I couldn’t reach. But it’s a nice place to sit. Everything’s covered in leather; the clock’s funky; the dials are trimmed in chrome. Well, not actual chrome. But it’s nice and shiny, whatever it is. Even the sat nav system works well if you take a biro out of your pocket and use it to operate the buttons you can’t reach. So . . . what surprise lies in store when you turn the key and go for a drive? What madness has Peugeot decided to try this time round? Will it explode? Bark like a seal? Have seven reverse gears and one for making it go sideways? No, actually.

It was quite good. The damping’s a bit bonkers, so if you go really fast, it all gets rather hectic, but other than this, the engine sounded nice, there was no torque steer, despite the 200bhp on offer, and it handled . . . well. It’s no 205 GTI, but then safety requirements mean it weighs nearly 1½ tons. So it can’t be. I cannot imagine it will go down well with Peugeot’s recent customer base at the Rotary Club, but I liked it. It’s really not all style and no substance. You can buy it for looks if you are, say, an air hostess, and you can buy it for a laugh if you are, say, not. The only slightly troubling element is the price. The 1.6-litre turbo model I drove is £25,050, which puts it some way below the most obvious alternative — Audi’s TT. But for this kind of money you can buy a pretty decent Volkswagen Scirocco. Me? I’m going to bake a cake to welcome Peugeot back to the fold. It’s been a while.

Search for and buy a Peugeot RCZ on driving.co.uk