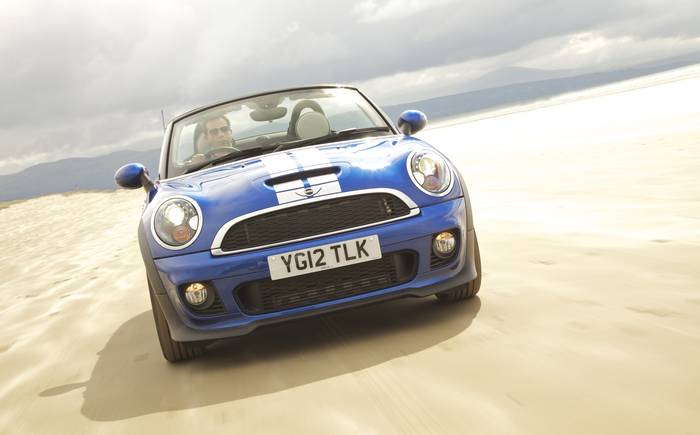 Tall people never really think about how far they are from the ground unless they are presented with an economy- class seat or a row of off-the- peg trousers. With small people, things are different. They think about their height all the time. They think that people like me are tall deliberately, that we do it on purpose just to annoy them. This gives them what doctors call SMS — small man syndrome — and what we call a bad temper.

At parties they feel excluded from conversations as they scuttle about banging their heads on coffee tables. On crowded Tube trains they feel bullied. With girls they feel left out. And when shopping for clothes they quickly become fed up with being directed to Mothercare. This is why most barroom brawlers and emperors are vertically challenged. It is quite correct to say that in evolutionary terms they are closer to the amoeba and that tall people sit at the prow of civilisation. But these thoughts don’t occupy my mind all the time. I don’t feel superior to a small person just because my head is nearer to incoming weather systems. But they definitely feel inferior. Which is why they are engaged in a constant and deeply irritating battle to prove themselves worthy.

Search for and buy a Porsche 911 Turbo on driving.co.uk

We see the same problem with dogs. My west highland terrier is in a permanent state of rage. Because she can’t climb into the back of a Range Rover by herself or leap over fences, she bites the postman, the paperwoman and people who come to mend the computer. She bites my other dogs, too, and since we haven’t seen the milkman for months, we can only assume he’s been eaten. She barks a lot as well, making up for the shortness of her legs with volume. If she were a human she’d have been sent to Elba and the world would have been a safer place.

Strangely, at this point, I need to talk about Richard Hammond. He told me the other day that when driving his Fiat 500 he is constantly bullied by other motorists. That he’s always being undertaken and tailgated and made to wait longer than is necessary at junctions. And I sighed the sigh of a tall man and thought, “It’s not the car, sunshine. It’s your inferiority complex.” But, having spent a week with the new Mini roadster, I think he may have a point. Small cars do get bullied. Especially when they are pretending to be something that they are not.

My youngest daughter, who is extremely tall, pointed at the little car that had come to our drive and said, “That is not a Mini.” Her views were echoed on the road. “That is ridiculous,” was the most commonly expressed view. And the roadster is ridiculous because it is about as far from the concept of a Mini as it is possible to get. The genius of the 1950s original was packaging — fitting an engine and four people into a car that was just 2in long. The rallying and The Italian Job came later. Well, the new roadster is about as long as the Norwegian coastline but has only two seats. In terms of sensible packaging, it’s right up there with the underground bunkers De Beers uses to store a few diamonds. Or those massive boxes that contain nothing but a USB dongle for your laptop.

Of course, the whole point is that it’s supposed to be a sports car. But despite the stripes, the lights, the William Wallace war paint and the massive cuban wheels, it doesn’t look anything like, say, a Mazda MX-5. It looks like a Mini. That’s been beheaded. Inside, the news is just as grim. When the new Mini was launched, the wacky interior was interesting. Now it’s just annoying. The speedometer, for instance, is the size of Eric Pickles’s face but you have to study it carefully for several minutes to work out how fast you’re going. Then you have the electric-window switches, which look great but are in the wrong place. As is the volume control for the stereo. It’s as though one hundred people — all children — have contributed an idea, and they’ve all been accepted.

Oh, and then we get to the price. The Cooper S version I tested is £20,905. This makes it nearly £500 more expensive than the more practical, less idiotic-looking four-seat convertible. And about £5,000 more than a Mini should be. Subliminally, other road users know this, too, which is why I spent most of my week in a blizzard of hand gestures and cruelty. I felt like the jack in a game of boules. I felt like Richard Hammond. And the biggest problem with all of this is that the car itself is absolutely fantastic. A genuine gem. A nugget of precious metal in a sea of plastic and Korean facsimiles. I absolutely loved it.

By far the best bit is the engine. It’s a turbocharged 1.6-litre that produces 181bhp, and that doesn’t sound the most exciting recipe in the world. But, after a whisper of lag you barely notice, the torque is immense. It feels as if there’s a muscle under the bonnet and you never tire of flexing it. The only real problem is that on a motorway — and I’ve noticed this in all Minis — its natural cruising speed is about 110mph. Because of a combination of where you sit, the angle of the throttle pedal, the gearing and the vibrations, this is how fast you go when you’re not concentrating. You need to watch it. Or get off the motorway. That’s a good idea, actually, because although there’s a bit of typical big-power-meets-front-wheel-drive torque steer, the chassis is mostly brilliant. It’s like an old-fashioned hot hatch: a Volkswagen Golf GTI or Peugeot 205 GTI — the sort of car you can fling into a bend at any speed that takes your fancy.

You would expect the ride to be as awful as the handling is good, especially with all the strengthening needed to make up for the lack of a roof. But no. It’s firm, for sure, but it never crashes or shudders in even the worst pothole. It’s never uncomfortable. It’s a joy. And it’s not unduly thirsty, either. At this point I’d love to tell you all is just as well when you put the roof down. But I can’t, I’m afraid. Because in the seven days I spent with this car it never stopped raining even for a moment. I can tell you, though, the roof is only semi-electric and some of the operation has to be done by hand. That’s no biggie. I can also tell you that the boot is much bigger than you might be expecting.

But the last thing I have to say is the most surprising of all: this car is worth a serious look. It’s not as well balanced as a Mazda MX-5 but it’s faster and it has more soul. In many ways it reminds me of Richard Hammond. It’s small and it’s annoying and it wears stupid clothes. But when you get to know it, it’s a bloody good laugh.

Search for and buy a Porsche 911 Turbo on driving.co.uk