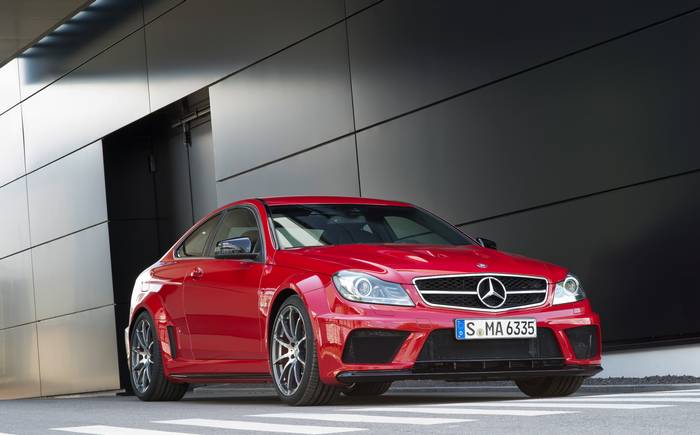 It seems that a few years ago Prince Charles asked scientists to research the concept of alternative medicine to discover why acupuncture, holistic healing, leaves and sitting cross-legged on the floor can be used to cure hay fever, eczema and bowel disorders. Well, a British science writer did just that and, after exhaustive research, he has published a book saying that alternative medicine mostly doesn’t work and that when it does, the results are “dismal”.

Naturally, you would assume that Prince Charles would read the carefully researched points and, with upturned palms, explain that, contrary to what he’s been saying for many years, the best cure for a headache is a couple of Nurofen, rather than a balm made from soil and bits of armpit hair. However, he appears not to have done this. Despite all the scientific evidence, it seems he continues to believe in the power of humming and peace oils.

Search for and buy a Mercedes-Benz C-Class on driving.co.uk

We see this a lot. People use science when it agrees with their opinion but dismiss it as nonsense when it does not. This is hardly surprising really since what we know as science fact today is almost always science fiction tomorrow. The earth was flat. And then it wasn’t. Matter cannot travel faster than light. And then it can. Well, maybe. Man is causing global warming … Watch this space.

I’m glad that there are scientists. I’m glad they go to work in their laboratories with their Bunsen burners and their tweezers. It’s important that mankind strives to understand where he came from and where he’s going. But scientists should not try to explain their findings to Prince Charles. Or me. Or you. Because we’re thick and we won’t understand what they are on about. However, because we don’t know we are thick, we will listen to a bit of what they have to say, take away a nugget and, if we are a politician, or a prince, try to do something about it.

Not that long ago everyone was worried that particles and gases coming out of exhaust pipes were making people who lived near motorways very stupid. This was a big concern for the residents of Gravelly Hill, north of Birmingham. Ford’s scientists decided the answer was lean burn technology, engines that ran mostly on air, and their view was shared by Mrs Thatcher, then prime minister, who had a chemistry degree. However, lean burn was a few years away from reality, and people who were thick demanded results immediately. So all car makers had to fit off-the-shelf catalytic converters instead.

Sadly, what catalytic converters do is turn all the gunk that was making people in Birmingham stupid into carbon dioxide, which science now says is turning polar bears into man-eating werewolves. So, to get round that, cars are now being fitted with electric power steering and flappy-paddle gearboxes — anything that cuts the amount of fuel used and therefore the amount of CO2 coming out of the tailpipe. But it’s all hopeless because catalytic converters are made from platinum, which is fast running out. So then we will be back in 1985, in jerky cars with crappy steering, with people in Birmingham looking like jacket potatoes and Ford saying, “I told you so.”

There’s a lot of science in the new BMW M5. Before setting off, you can tweak the engine, the gearbox, the suspension and the seats. And it’s all very impressive. But I much prefer the approach taken by the skunkworks deep inside Merc’s special forces division, AMG. Which is: no science at all. Recently AMG’s cars have started to become a bit soft. The raw, visceral engines have been muted with turbochargers to keep the emissions down, and the standard automatic gearboxes have been replaced with flappy-paddle-operated manuals that work just fine on the open road but with an epileptic jerkiness in town.

AMG says that the new C 63 Black Series is softer, too. It says it’s listened to criticism — from me mostly — that the old CLK Black was too hard for the real world and that the new model is kinder to your spine. Well, you could have fooled me. It’s like being inside a fridge-freezer that’s tumbling end over end down the side of a rocky escarpment. Is it softer than the old car? Perhaps, but not in a way that the human bottom could ever detect.

It even looks more racy. Like the old car it has flared wheelarches to accommodate the wide track, but in addition there are now nostrils in the bonnet and, if you tick the right option boxes, all sorts of carbon-fibre winglets designed to show other traffic that you are in agony. Deep down, it’s eight miles north of Detroit, on a Saturday night, with its cap on back to front. Deep down, it’s a muscle car.

Of course, you may think that all of this is necessary and important at the track. You can even specify the new car with timers that measure your performance not only against previous laps, but also against professional racers. However, it’s all a complete waste of time because on a track this car is not an M5. It is not designed to post the best possible lap time. It is designed purely and simply to eat its own tyres. I got through one set in just 15 minutes.

This hunger for rubber is caused by the engine. It hasn’t been softened, which means you get 6.2 litres of basic, unturbocharged power and torque. The diff may come from the sort of engineering that’s used to open lock gates and the chassis from a book called How Victorians Did Things, but none of it can cope with that V8 firepower. Drive with the traction control on and you won’t go anywhere at all. Drive with it off and you will go everywhere sideways.

This, then, is my sort of car. It’s almost childlike in its honesty. And here’s the best bit. Despite the madness, it is not a stripped-out racing car. Unlike Porsche, which removes even the sat nav and the radio from its track cars and replaces the back seats with scaffolding, Mercedes has left pretty much everything you could reasonably expect in place. It will even, if you ask nicely and cross its palms with silver, put the rear seats back.

If you learn, as I have with my Black, to steer round manhole covers and potholes, you can use the car on a day-to-day basis. It has iPod connectivity. It has air-conditioning. It has a boot. You just have to remember that at no point, on the road, can you ever use full throttle. Unless you’ve just found your wife in bed with your mother, you’ve lost your job and your kids have been arrested.

This car is unique. It’s something that’s not made any more and will probably — because of the world’s poor grasp of science — never be made again. On the face of it, it’s a German DTM racer, a road rocket from the country that invented such things. But, deep down, it’s on Telegraph Road, eight miles north of Detroit, on a Saturday night, with its cap on back to front and a bottle of Coors in its big, working-class paw. Deep down, it’s a muscle car. And Prince Charles will like this. Sometimes it can also be a muscle relaxant.

Search for and buy a Mercedes-Benz C-Class on driving.co.uk