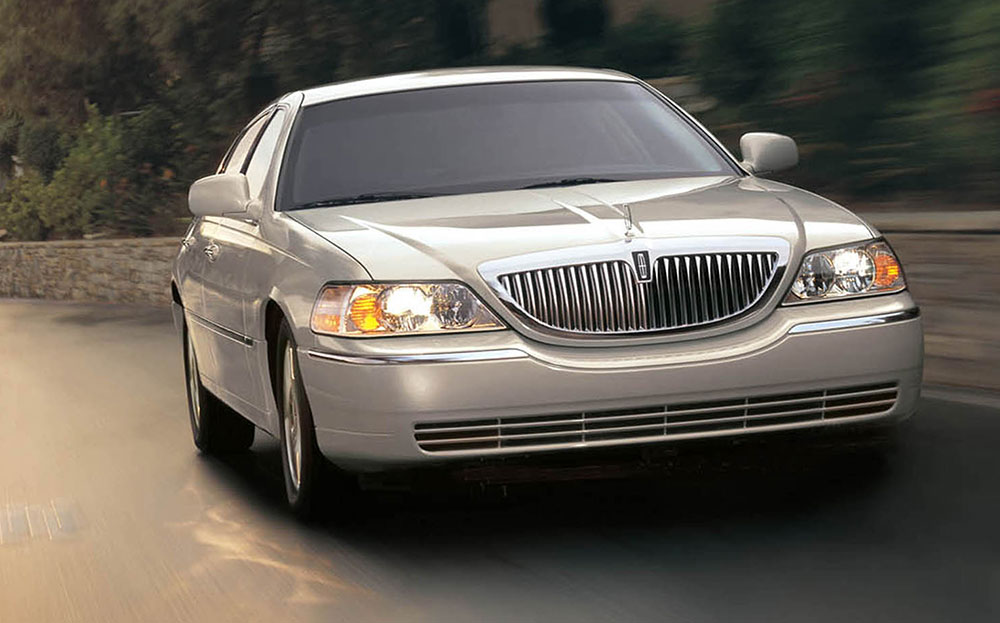 BECAUSE I now have my own production company, I have had to learn how to behave like a businessman when travelling. It’s the little things that set them apart; the wheeled suitcase that fits precisely into the overhead locker, the laptop that never runs out of battery. And the maroon polo shirt that’s tucked into a pair of bad jeans.

When travelling, a businessman deliberately wears jeans that don’t fit properly because it tells everyone that he spends most of his life in meetings or on a golf course where the denim trouser is frowned upon. It is important, therefore, when wearing jeans to look as uncomfortable and as stupid as possible. Like a fish in a hat.

A businessman never uses any of the business facilities in an airport lounge because hooking up to the airline’s services implies that he does not have the right equipment to do this for himself, and worse, that his business is so unimportant he doesn’t mind if his conversations are broadcast over an unsecure server.

You see someone in one of those airline lounge business booths and you can be assured he is a business foetus. A new boy. And you are thus at liberty to pull his hair.

On the aeroplane, a businessman never has a drink because this suggests to other people in this cabin that he is an alcoholic. No true businessman drinks. Ever. He also does not watch any of the films that are on offer because he gets all the stimulation he needs from a spreadsheet. He is in his in-flight pyjamas, horizontal, and fast asleep six seconds after the seatbelt light is turned off. Eating? That’s for wimps. Relaxing? That’s what you do when you’re dead — something he hopes to become when he is 57.

When the seatbelt light comes back on, he is immediately bolt upright and dressed in the suit that was somehow concealed in his locker-sized suitcase. He then either whips out his laptop that’s been on for six years and still has 42% of its battery life remaining. Or he watches a businessmen-friendly half-hour episode of Curb Your Enthusiasm, just to show everyone else in the cabin that he is so well organised he doesn’t need to check the spreadsheets one more time.

Four minutes after the wheels chirp into the runway, he’s outside the airport, in the back of the Mercedes S-class and on his way to grease the wheels of the world.

I have to admit I’m pretty hopeless at all of this. I watch films on planes, my suitcase is too big and I don’t have a suit. But I do have a grasp of the wheels you need at journey’s end. And I know that the S-class is wrong. It would be the correct choice in Europe or Asia, but any businessmen on a trip to one of those places is saying that he’s second tier.

It’s enormous. If you could make a Town Car float — and you can’t because it’s made from the heaviest metals known to man — you could use it as an aircraft carrier

Really, the only place to do proper business is America, and if you’re going there, you don’t want to be picked up in a Kraut-Tank. Which is why last weekend, on a quick trip to Seattle, I was picked up in a Lincoln Town Car.

Sadly this will soon be a problem because Ford stopped making it four years ago, which means that eventually the current crop being used to transfer businessmen to their downtown hotels will sigh for one last time, then die. And then what? Because there is simply no other car quite like it on sale today.

First of all, it is enormous. Until 2003, in fact, it was the largest car in the western hemisphere. If you could make a Town Car float — and you can’t because it’s made from the heaviest metals known to man — you could use it as an aircraft carrier.

Happily, this size means the interior is slightly larger than most branches of Walmart. Fitted with bench seating, it can handle a driver and five businessmen (or three Americans), and the boot is so vast that not even the Beckhams would be able to fill it with luggage. Apparently it will take four sets of golf clubs, which I understand is impressive. And a golf buggy as well, probably.

But the best thing about a Town Car is not the size, or the loungeability of the rear quarters; it’s the comfort.

European and Japanese cars are always made with one eye on the Nürburgring. We can’t help ourselves. Deep down, we think that handling is more important than safety, price, fuel consumption, world peace, the global economy or God himself. But the problem is that if you build a car that’s designed to cling and scrabble on a high Alpine pass, comfort will inevitably play second fiddle. 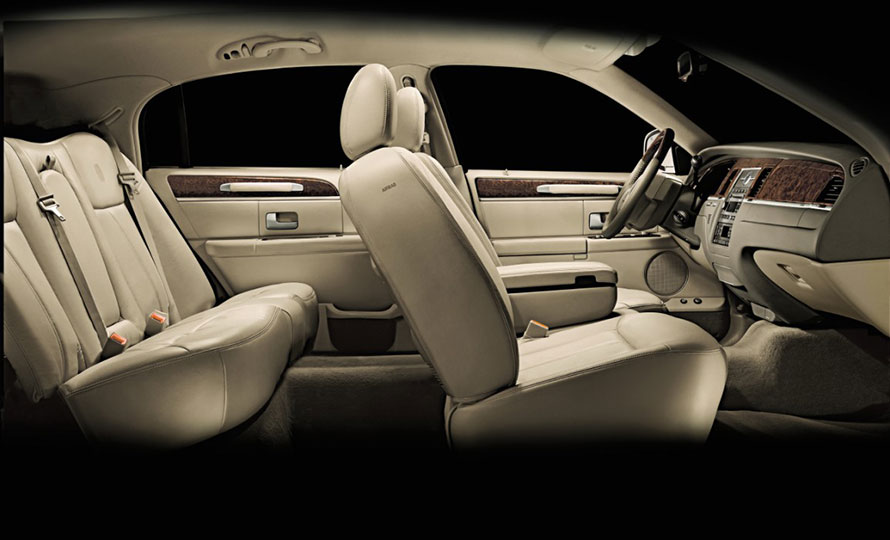 In America it’s different. Many think the steering wheel is nothing more than a handy place to rest a laptop. Going round a corner at more than 2mph would cause your bucket of coffee to fall over. So why bother?

Lincoln definitely understood this when it was designing the Town Car back in 1876. Of course it’s changed since then — it now has a cigarette lighter and the leather is ruched — but the recipe is basically the same. You get a body bolted onto a chassis, a live rear axle and a V8 engine that produces seven horsepower but lasts for a thousand million years.

Then there’s the suspension, which can iron out, completely, even the most savage pothole in New York. You could drive a Town Car through a recently bombed city while doing eye surgery and the patient would be fine. I once parked a 1980s Town Car outside a shop in Detroit and when I returned an hour later it was still rocking. It’s probably still rocking now.

Of course this does have an effect on the way it goes round corners. And we know how it does this because the Lincoln’s sister car — the Ford Crown Victoria — is used by many of America’s police forces. And we’ve all seen what happens when they get involved in a chase. Even though they have beefed-up suspension they usually end up in a ditch, with hilarious consequences.

But here’s the thing. When you emerge into the world after nine hours in an air-free, overheated tube, which would you rather have transport you through the inevitable jams and into the city centre: a car that can get round Silverstone in 90 seconds? Or something comfy?

There are other things too. Because the interior of a Town Car is made from DVD-box plastic and DFS furniture, and because it has 19th-century railroad underpinnings, it cost, when it went out of production, 16p. And because the engine turns over at no more than 2rpm, it only has to be serviced once every million years.

The Town Car was everything a limo should be. Spacious, well equipped, comfortable and cheap for its operator to buy and run. Apart from the lemon-fresh smell from the inevitable air-freshener, it was a lovely place to be. A little taste of America before you actually got there, if you see what I mean.

But now it’s been replaced by something called the MKT, which looks like a Citroën. No businessman would be seen dead in it. Which is why you won’t be reading a review of it from me any time soon.