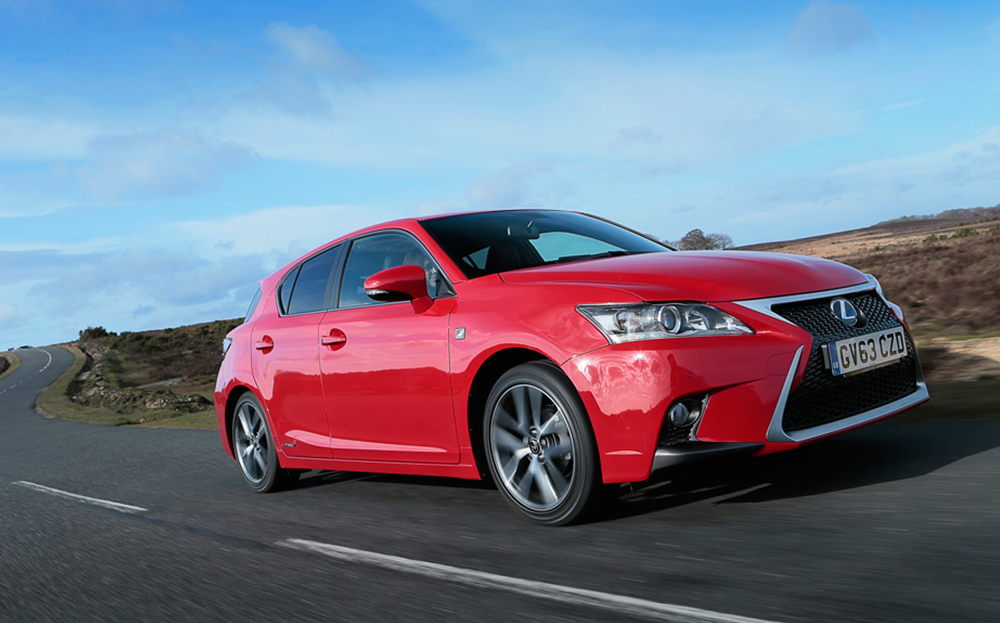 IN THE latter stages of my grandmother’s mental illness she would drive into Doncaster and spend a pleasant afternoon in the town’s poshest dress shop, corpsing with derisive laughter at everyone who came out of the changing rooms. “No,” she’d howl, pointing at the frock the customer had just tried on. “Nooo, noooo, noooo. Silly. Horrid. Nasty.”

I wish I had the courage to do the same thing, because some of the retail choices people make leave me perplexed. I stand in a queue at the newsagent’s watching someone buy Lambert & Butler cigarettes and I think, “Are you an imbecile?” Then they buy a copy of the Daily Mirror and I think, “Yes. You are.”

I go to people’s houses and see their sofas and think, “Did the shop not have a choice? Were your children being held hostage? Are you blind?”

Browse the used Lexuses for sale on driving.co.uk

It doesn’t happen so much on the road because I can usually work out what’s what. People buy Peugeots because they know nothing about cars. People buy Hyundais because they want something sensible and cheap, Audis because they play squash, Rolls-Royces because they are Sir Sugar and Range Rovers in black because the pharmaceutical business is going well. I understand all this. But I must admit that in recent months I’ve been a bit surprised by the sheer number of examples of the Lexus CT 200h I’ve seen whizzing hither and thither.

Unfortunately, there is a bit of a drawback with this car. It is absolutely dreadful. Worse than anything I’ve driven in a very, very long time.

As far as I know, it has not been the subject of an advertising blitz, and in any event this often makes no difference. Jaguar is carpet-bombing the nation’s poster sites and commercial breaks with its F-type and I still haven’t seen one on the road.

So it’s not a marketing push that’s causing people to say, “Yes, I would like to spend 25,000 of my pounds on a smallish Lexus.”

Nor is it the concept. It’s not a hatchback in the traditional sense. And neither is it a sporty coupé estate like, say, the Lancia HPE. It’s a sort of unholy blend of the two, much like the Vauxhall Signum. And from memory, Vauxhall sold only about none of those.

Styling? Nope. Oh, the designers have done all the right things, but then they’ve dropped the CT’s body onto what look like four casters from a sofa. The result is a car that resembles an aircraft carrier sitting on a pram.

Plainly, to unravel the mystery of this vehicle’s undoubted popularity I had to do some digging. So I did. And now I know the answer. Today we live in a part of the world where miles per gallon has surpassed miles per hour as “the thing that matters”. And this car is a hybrid, which means it can do nigh-on 70mpg.

I can see exactly why people would be interested in that. And I can see why their interest would be maintained all the way through the buying process. Lexuses are well made. They come with beautifully appointed cabins. The after-sales care is second to none. 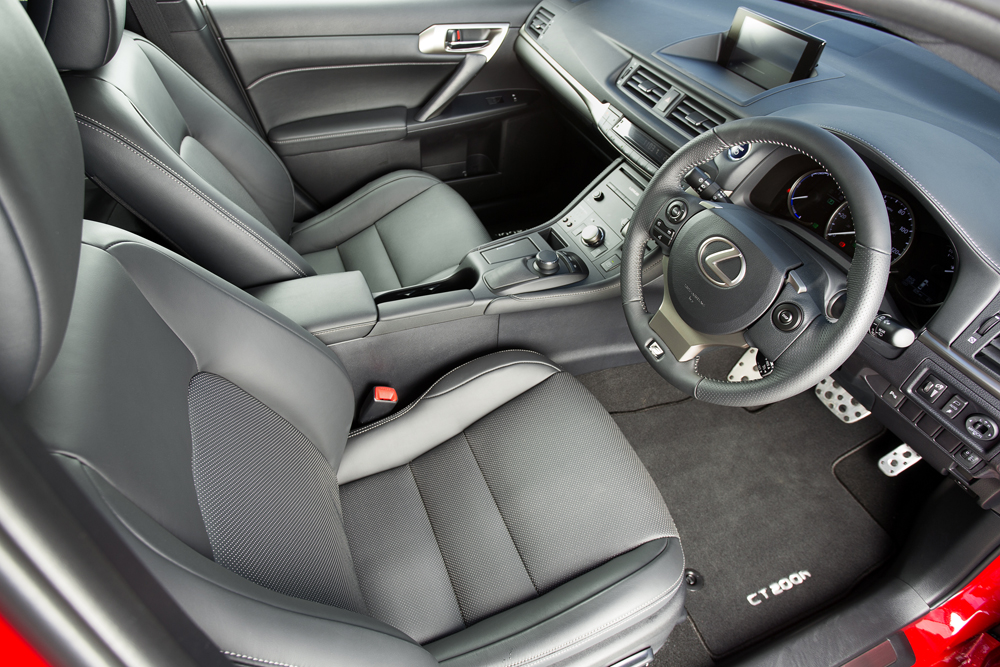 And best of all, you get the Toyota Prius’s running gear without coming across as a sanctimonious, holier-than- thou, weird-beard eco-loony. This, then, is a car for people who aren’t very interested in saving the planet but would quite like to save a few quid on the way to work. That’s good common sense. Unfortunately, there is a bit of a drawback with this car. It is absolutely dreadful. Worse than anything I’ve driven in a very, very long time.

Lexus is responsible for the best car I’ve driven — the LFA — and the worst, the SC 430. So we know it is capable of a howler. And boy has it made one here.

Apparently it noted the fact that most of its cars are bought by elderly freemasons. So it decided that the CT should appeal to a younger set. Which is almost certainly why Lexus has given it a suspension that’s so hard, it could be used to smash ice. The result is a ride that’s way beyond unbearable. It’s up there with waterboarding.

Then there’s the engine, which is worse, and the gearbox, which is easily the nastiest bit of the car. Apart from the boot, which is the size of an old lady’s purse.

I wasn’t expecting it to be fast. But neither was I expecting something that barely accelerates at all. Because of the stupid stepless gearbox you just get a lot of noise every time you put your foot down — and I mean a very lot — but no actual increase in speed. Lexus says it goes from 0 to 62mph in 10.3 seconds. Autocar magazine recorded a two-way 0-60mph average of 11.1 seconds, and I don’t know how it managed that, because I got bored of waiting for 60mph to arrive and gave up.

The marketing for the CT says: “The further you go, the more interesting it gets.” But this simply isn’t true. It gets more annoying the further you go. Mainly because no matter how hard you try it won’t go very far at all. Not in the lifespan of a normal human being.

And to make the dreadful experience worse, the CT is fitted with an idiotic dashboard that’s full of readouts I don’t understand. There’s one needle that flails about for no obvious reason and a blue light that comes on every time you take your foot off the accelerator. And then there’s a message that permanently says, “Ready”. I couldn’t work that out at all. Ready for what? Armageddon? The next Tube strike? The result of the vote on Scottish independence?

I therefore consulted the instruction manual, which is longer than the Bible and makes even less sense. One passage says you mustn’t carry aerosols in the boot, and there are warnings about the dangers of leaving a cigarette lighter in the car when it’s parked. You are also told that if you take a nap in the car it may start moving. The “Ready” message apparently means the hybrid system is ready. But I knew that already. Because I was driving it.

There are some good things about the CT, though I can’t think what they are at the moment. Er . . . yes. It is capable of sipping fuel as a vicar sips tea. And there are tax benefits. But if you want to keep up with other traffic — tractors, hearses, that sort of thing — you’re going to need to thrash the petrol engine and the moronic gearbox, which will cause the mpg to tumble.

Let me put it this way. A few years ago we drove a Prius hybrid flat-out round the Top Gear test track for 10 laps. And it used more fuel than a BMW M3 that had been following in its tyre tracks . . . at the same speed.

Which brings me to the only conclusion possible for the CT: don’t buy it. If you want good economy, buy a normal car and drive it carefully.

The only car that makes a Prius look good

Clarkson may not like the CT 200h but there are plenty of other used Lexuses available on driving.co.uk – click to browse