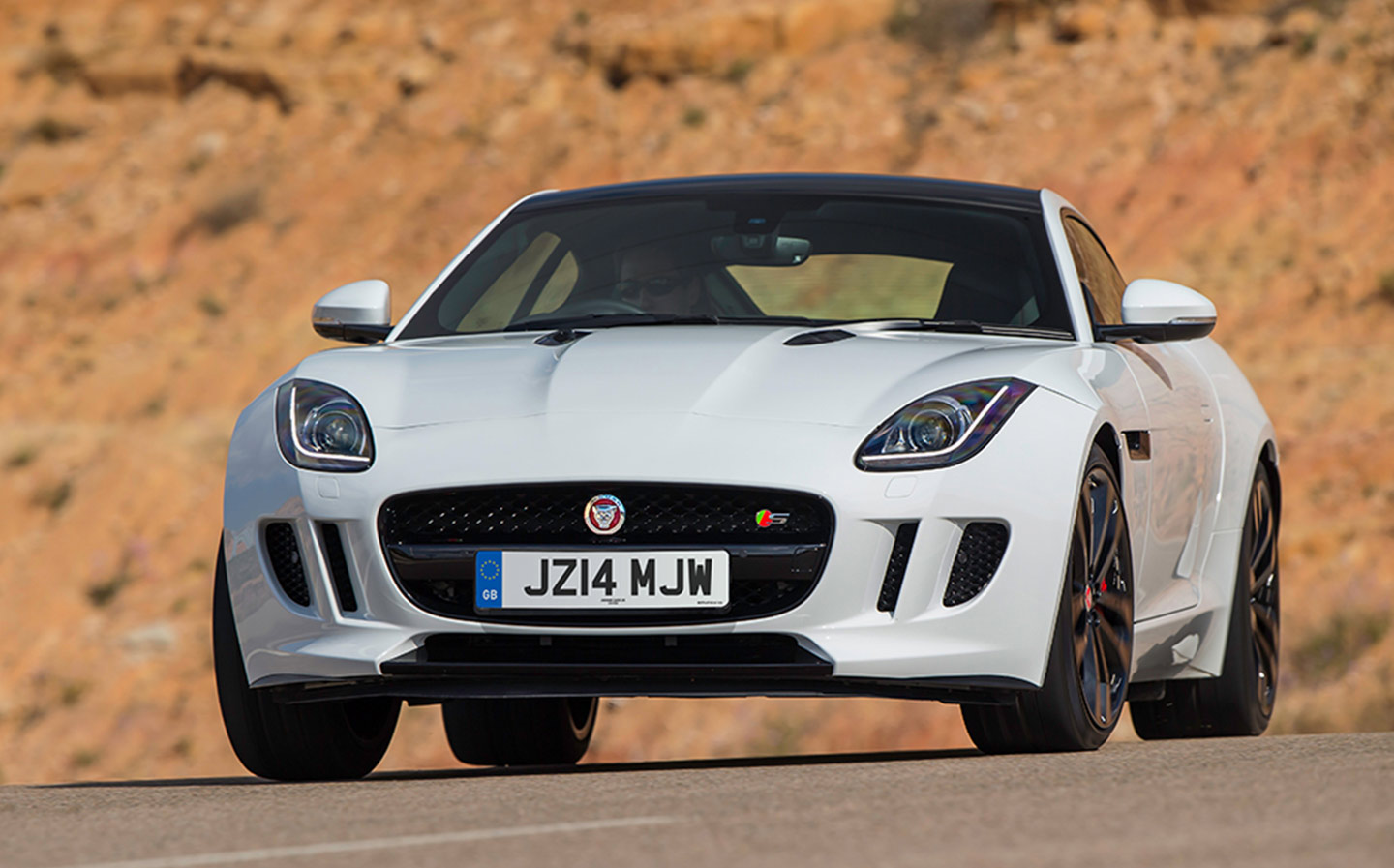 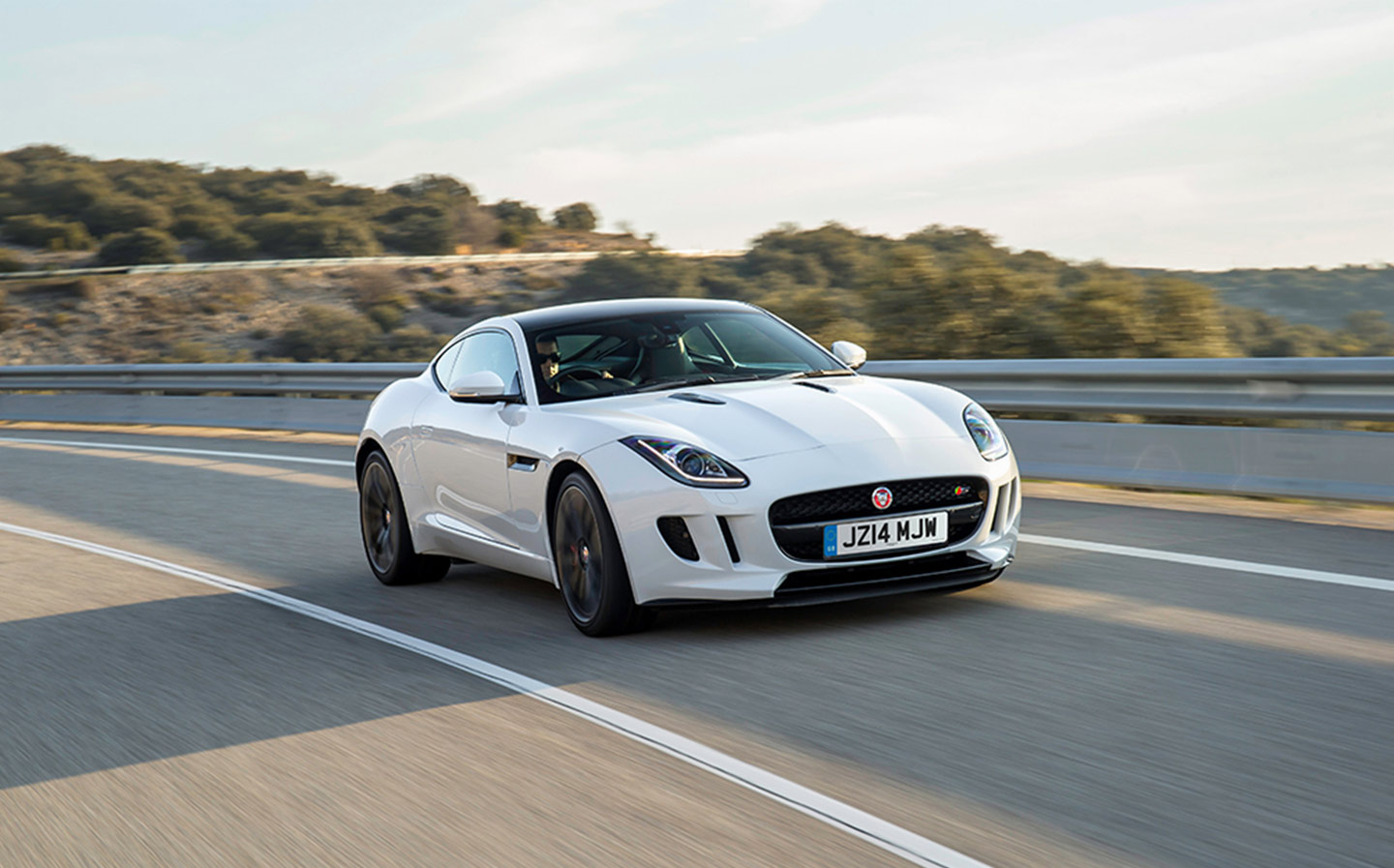 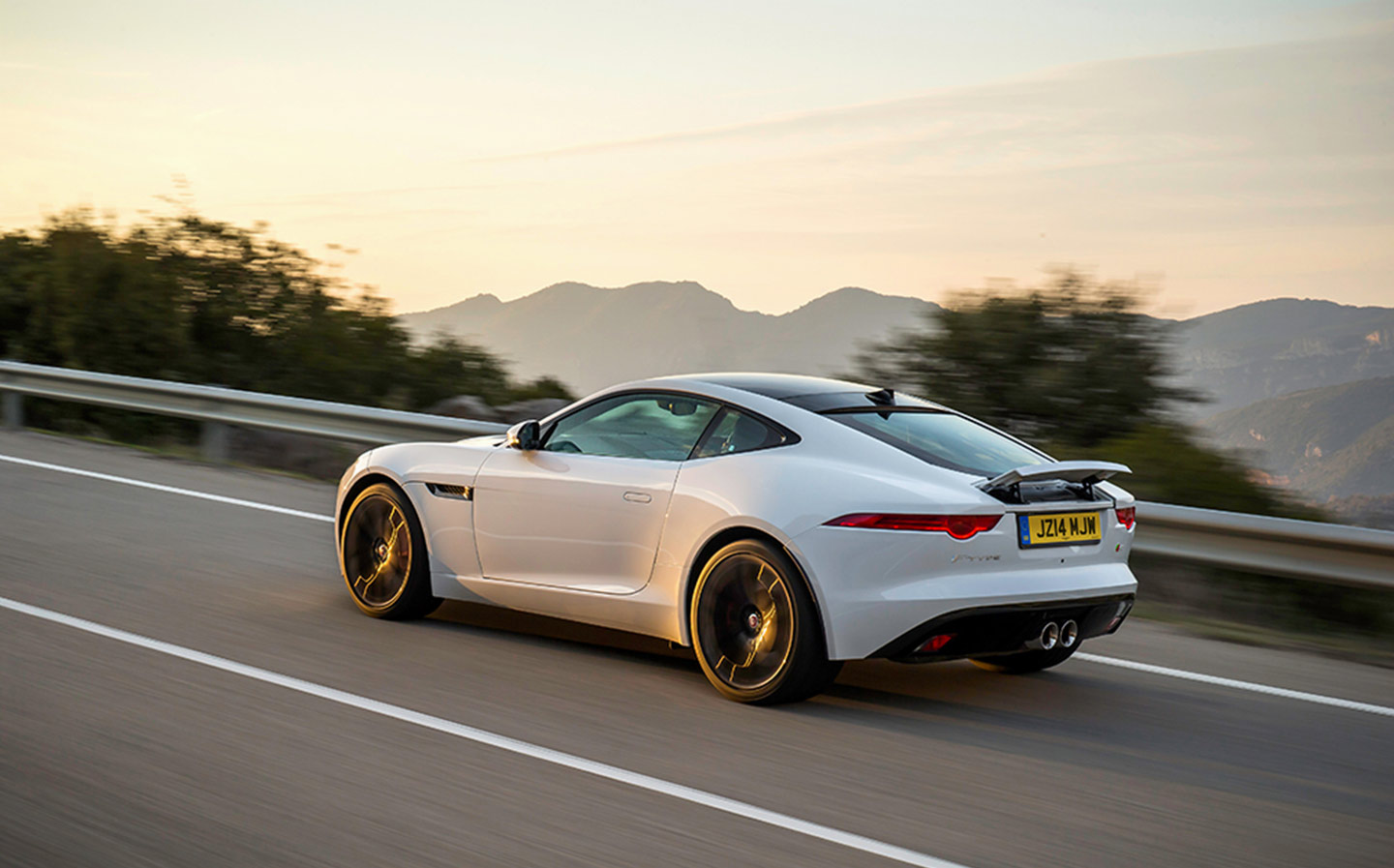 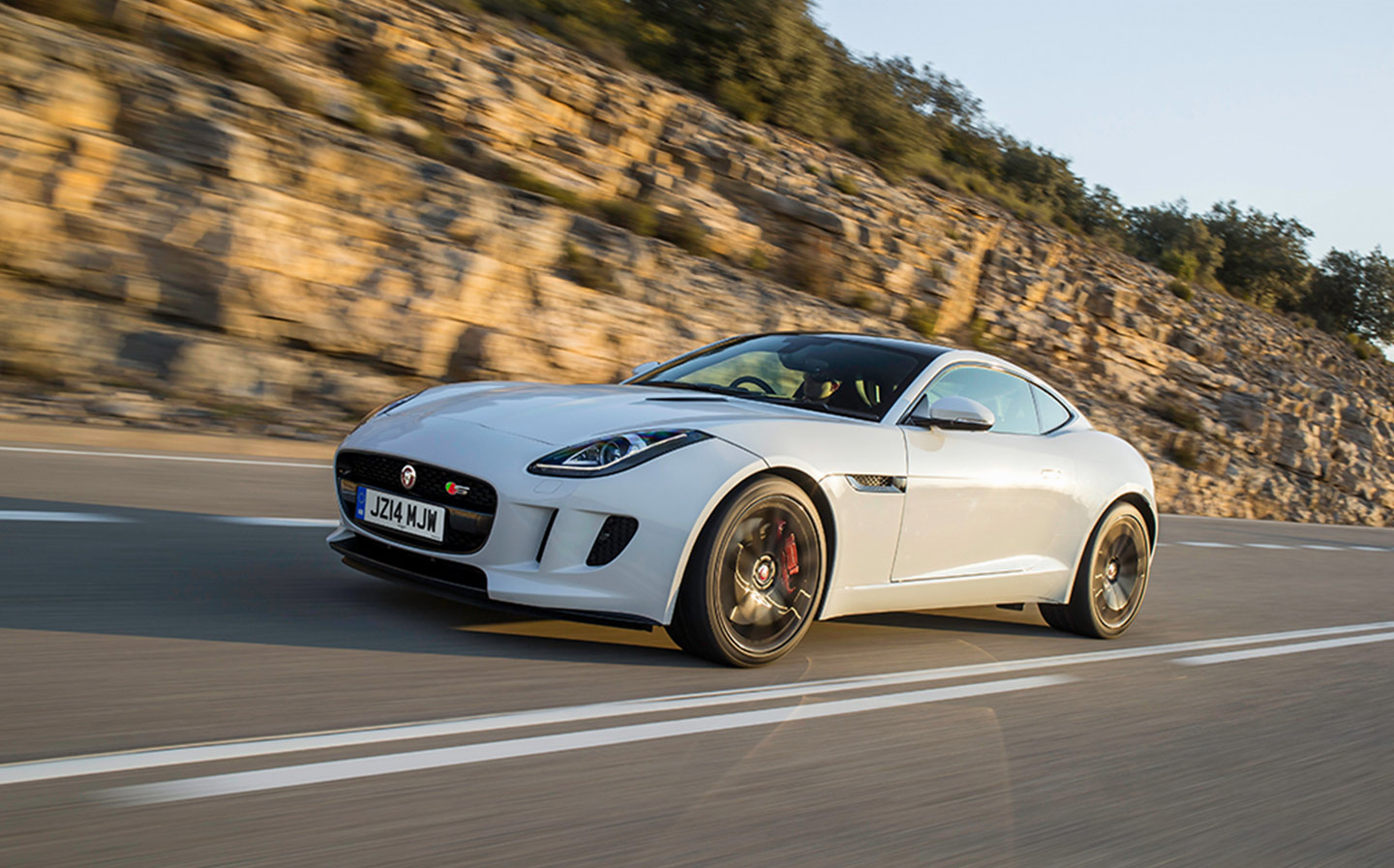 IF YOU were to ask me to pick one image that perfectly captures the very essence of BMW, it would be that famous shot of a 3.0 CSL “Batmobile”, all four wheels off the ground as it surged to yet another victory over the Capris and the Alfa Romeos in the 1973 European touring car championship. When you drive a BMW today, you feel that moment is at its core. You sense that behind the plushmatic gearbox and the electronic nanny there’s a finely balanced racing car wanting to get out and go airborne in the pursuit of glory.

Almost all car firms have that one nail in the wall on which all their current endeavours are hung. Aston Martin has Sean Connery leaning against his DB5 in a publicity still for the film Goldfinger. Bentley has someone with a double-barrelled name and an oily face tearing around the banking at Brooklands. Ford has that shot of its three GT40s crossing the line together at Le Mans in 1966.

Nissan? There was a photograph taken in the mid-1970s of a boatload of its Datsun-badged Cherrys being unloaded in Britain, with a caption that said something mildly patronising and Daily Express-ish about how the British motor industry was going to be torn apart by these reliable little boxes from Japan.

Naturally, we all knew that wasn’t going to happen really. And then it did. Because they really were, above all things, reliable. And they still are. There’s even a bit of that photograph in a GT-R.

Sometimes, of course, the single image that endures is something the company would prefer to forget. I bet, for instance, Mercedes would rather no one had taken that photograph of Hitler in his Series II W150. But they did, and as a result, even today, everyone knows that if you want to be seen to be in charge, you’d better have a three-pointed star on the grille of your car.

“Jaguar seems determined to erase its Terry Thomas period from history, to ignore the moment that made it great. And give us instead the F-type coupé”

Then there’s poor old Audi. Ask me to think of a single image that sums this company up better than anything else and I see a 100 LS, in 1973, driving down the autobahn at precisely 93.2mph. I see its driver with his neat hair and his smart, well-pressed trousers. He is a cement salesman.

Audi has done many things since then. It has made the quattro and has created several amusing television commercials featuring the hangdog voice of Geoffrey Palmer. It has made sports cars and off-road cars. But the spirit of Audi lives in the outside lane of a motorway at 93.2mph. With a cement salesman at the wheel.

It’s really, really hard to shake off an image. Chevrolet put its badge on a selection of extremely nasty and unreliable little hatchbacks from Korea. It even got Sir Ferguson to drive around in one of its cars, and to be photographed doing so. And we all thought, “Yeah, right.”

Which brings me on to Jaguar. What the company wants us to think of when we think of the big cat is Johnny Dumfries coming home first in an XJR-9 at Le Mans in 1988 . . . Not ringing any bells? Really? Oh, well. So what about the company’s short-lived Formula One team and Eddie Irvine’s glorious ninth place in the 2002 drivers’ championship? No? Nothing? Um. The D-type, then. Surely you must remember that car and its hat-trick of wins in northern France. No? Oh, right. You weren’t born then. No, actually, neither was I.

As far as most people are concerned, Jaguar made only one sporty car. The E-type. And that wasn’t really sporty, as such. It was essentially a machine for David Niven to whizz about in in the south of France. It was more gin and tonic than Castrol R.

Jaguar wants us to think it’s sporty but I fear it is barking up the wrong tree because, I’m sorry, if you ask me to name the image that captures the essence of Jag, it’s Arthur Daley outside the Winchester Club. Or it’s Harold Shand in The Long Good Friday. Or it’s one of those 1960s London villains who had a heart of gold and bought their mother flowers. Monty Python never told us what Doug and Dinsdale Piranha drove — because we already knew. A Jaguar XJ.

The Jaguar XJ was a cad’s car, a vehicle for the sort of chap who needed to make a hasty getaway from time to time — it was for people who’d always had “a spot of bother with the mortgage people”, meaning their house had been repossessed. Jag drivers always remembered they’d left their wallet at home moments after the waiter had produced the bill. “I’m awfully sorry, my dear . . .” It was a car for lovable rogues.

I’ve always liked the XJ, and even today a large part of me would love to smoke round town in a V12 with pepper-pot alloys and two fuel tanks. I crave the simplicity of its three-speed automatic gearbox and the way it blurred both of its changes. And I yearn for suspension that meant you could drive at 70mph over a ploughed field and not spill a drop of your martini. Jaguar drivers loved martinis. They all knew of a club in St James’s where the barman made them just right.

I wish Jaguar would make a modern-day, reliable car that harked back to the old XJ. Supremely elegant, comfortable beyond the dreams of angels and deliciously roguish. Terry-Thomas in the sat nav and a couple of dodgy Renoirs in the boot.

Sadly, though, Jaguar seems determined to erase this period from its history, to ignore the moment that made it great. And give us instead the F-type coupé.

And then there’s the model to choose, the middle-order V6 S, which has more than enough power to make your armpits smell and a proper mechanical differential that works jolly well. Really jolly well. This is a car that delivers the sort of fun that makes you burst out laughing. It is also the second-prettiest car on the market today, after its soft-top sister.

It is, however, more practical than its sister, because it has a boot into which you can put things.

This is a car that delivers the sort of fun that makes you burst out laughing.

And it’s more rigid — 80% more rigid, in fact. This is wonderful when the sun is shining and the road is smooth and there are some nice tunes on the radio. But at low speeds around town, on poorly maintained roads, you do sometimes wish it were a bit more flexible. And then you wonder why on earth Jaguar has made the suspension even firmer than it is in the convertible. Ooh, it’s bumpy.

There are other niggles too. You can’t see what’s coming at oblique junctions. The seats rub against the bulkhead and squeak. And it is hard to operate the touchscreen sat nav. Mostly because it’s so bumpy.

If you don’t mind the bumpiness, the F-type coupé is worth a look because it is many things: beautiful, fast, well equipped and extremely loud. Sadly, however, the one thing it isn’t is a Jaguar.

A Jag in need of a sheepskin jacket.