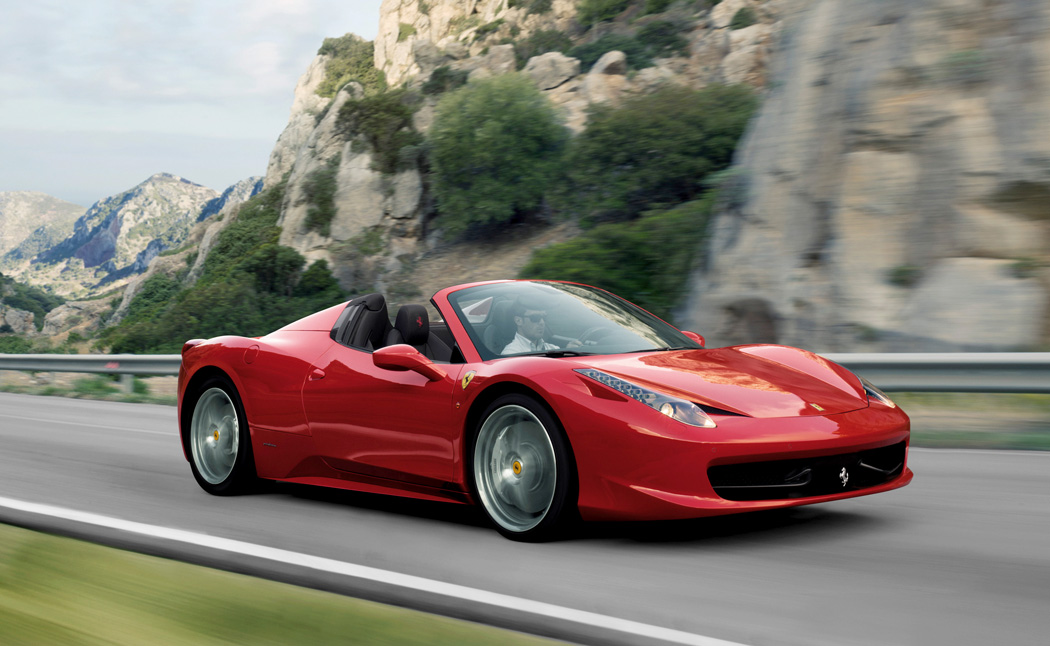 When you buy a Nissan Micra or a Volkswagen Golf or a Ford Focus, you expect it to be perfect. The mainstream car makers know this, which is why, before a car is put on sale, it is rigorously tested to make sure the starter motor works when it’s below freezing and the air-conditioning can cope even if you drive to the surface of the sun.

Every little detail is thought about. Every component tested, and then tested again. And then changed. And then tested again. However, in the world of very expensive supercars, things have always been rather different. Lamborghini put the Miura on sale knowing full well that if it were driven above 80mph, it would take off. Then it came up with the Countach, a car with a cockpit so small it could only be driven by either an ant or a foetus. Neither of which would have the strength to move the gearlever, which is seemingly set in concrete, or the steering wheel, which was mostly a piece of decoration.

Not that it mattered, anyway, because most days the Countach would not start. As time went by, the makers of supercars started to think more seriously about longevity and convenience. But even in the 1990s they were still not really there. The Ferrari 355 GTS I once owned was plagued with seatbelts that strummed like guitar strings if you had the roof off, an engine that had to be taken out of the car to be serviced and a two-stage throttle that made only two speeds available: 2mph and 175mph.

Later I bought a Lamborghini Gallardo Spyder. This was developed under the watchful gaze of people in sensible shoes from Audi. It would, I figured, be as easy to live with as a Toyota Corolla.

It wasn’t. The cupholder was a £600 option and the company simply hadn’t thought about the positioning of the pedals in right-hand-drive cars. Which meant that if you bought a manual — as I did — there was nowhere to put your left foot. You had to amputate it. The problem is this. If you are a small-volume car maker, you simply don’t have the funds to design a feature and then redesign it if it doesn’t work. So you end up hoping that customers will be so consumed by the speed and the beauty, they won’t notice that the door doesn’t shut properly and that there is a hippopotamus in the passenger seat.

Happily, today most supercar makers are owned by large-volume manufacturers, which means they have the funds to address little foibles before the machine goes on sale. Well, that’s what you’d think. But after a couple of days with the new Ferrari 458 Spider you realise that things haven’t really changed at all.

If the wipers are on full speed they become so hysterical that they bash into the window frame on every sweep. The radio is incapable of finding a signal. When there’s no passenger, the unused seatbelt buckle rattles against the back of the seat, and to fill up, you need to hold the nozzle of the pump upside down, or no fuel will be delivered at all.

There’s more. If you want to change radio stations — and you will, because whatever you’re listening to is mostly hiss — you need to go into the menu, twiddle a knob, push another button, select the station and then repeat the process to get back to the sat nav screen.

We’re told by Ferrari that you get used to this after a while, and I don’t doubt that’s true. In the same way that you can get used to having arthritis. Make no mistake. The 458 Spider is the most usable and modern of all the supercars. But it’s still plagued by the sort of fault that would not be acceptable in a Nissan hatchback.

But it’s worth every single penny. Because this car is simply sublime. And at this point some of you may accuse me of inconsistency because just recently I said that the new Porsche 911 Carrera S cabriolet does not work as a convertible because the strengthening beams and the structural compromises ruin what was designed to be a pure sports car.

Taking the roof off a car such as this is like adding HP Sauce to a quail’s egg. It adds to the tang but you lose the delicacy, and with a 911 delicacy is everything. With a Ferrari, things are different. A 458 is not a purebred sports car. Oh God, it drives like one, but it’s also a singer and a model and an athlete. It’s a heptathlete with the lungs of Pavarotti and the face of an angel. So you can buy the convertible version because driving this car with the top down adds to the theatre and the pantomime. Who cares that you’re going 0.1mph slower? You’re getting a tan.

Made from aluminium, the foldaway top weighs less than the normal roof on the standard car. It even weighs less than it would had it been fashioned from canvas. And it folds away, electrically, in 14 seconds. You can even drive with the roof up and the back window lowered so you can hear the V8 soundtrack when it’s raining. I did that a lot.

Is there a drawback to the new convertible? Well, yes. If you lower the roof at the lights, everyone within 150 yards will tell you that you are a tosser. Plus, in extreme conditions it will be less rewarding than the hard top, and the windscreen is now arched, which looks a bit odd.

But what the Lord taketh away at the front, the Lord handeth back at the rear. From behind, it looks like the old Ferrari 250 LM. From behind, it’s one of the best-looking cars I’ve ever seen. It is also extremely comfortable. As I write now, there are shivers — and I’m not kidding — running up and down my spine as I recall the way it felt on roads near my home. The lightness. The savagery. The noise. The beauty. The trees rushing by, sheltering me from 93m miles of sky. Then you have the gearbox that changes down not in a few milliseconds but instantly. Bang. Stand on the brakes — bang again. And again. Turn. And POWEEEERRRR.

A modern Ferrari feels like no other car on the road. It feels miles better. And this one? Oh, this is the best of the lot. Sure, you can find rivals that are more technical and even a tiny bit faster. The McLaren MP4-12C (which will soon be available as a convertible, too) is one, and the Bentley Continental Supersports is another. But neither has anything like the lust for life that you find in a 458. They are tools.

I grew out of supercars many years ago. I vowed after the Ford GT that I’d never buy another. And I will stand by that. But if I were to waver, this would be the one. As a car, it would get two stars, for being silly and too expensive. But as a thing. As a celebration of man’s ability to be happy. It’s in a seven-star class of one.