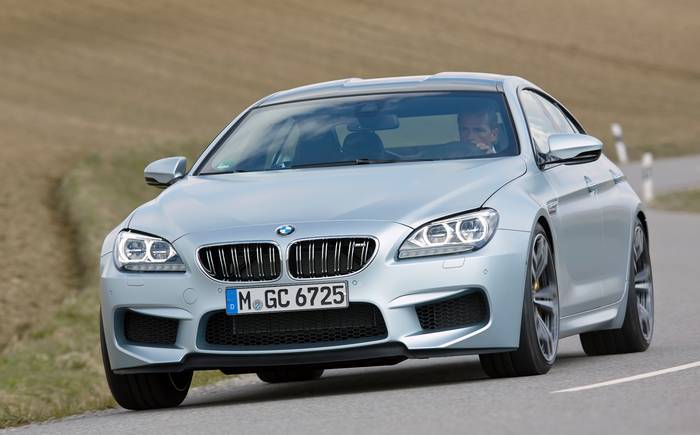 In the olden days it was jolly difficult to design a car. You had to use slide rules and pencils and guesswork. And you couldn’t simply buy in parts from Lucas, because it was usually on strike, and even when it wasn’t, the parts you’d bought didn’t fit and wouldn’t work anyway.

It would take years — and all the money the government had — to get your new model designed, and then you’d have to make all the tooling necessary to put it into production. This is why, when a car went on sale, it stayed on sale for 200 years. It’s also why each car company made only a handful of models.

Search for and buy a BMW M6 on driving.co.uk

Today, though, you just fire up your laptop and ask it to design a car, and while you go for a chat at the water fountain, it comes up with the answer. An answer that’ll be safe, economical and made from parts that will be delivered bang on time and that will work.

What’s more, the finished product will be modular. Which means that all the expensive bits can be used on other models. It’s for this reason that Volkswagen made just three models in 1960. And about four million today. Because while an Audi A3 looks different from a Golf, underneath it isn’t.

This is good news, of course, but because it’s now easy to make a new model, car makers are going a bit mad. Which brings me to the subject of this morning’s column . . .

It’s going to be a tester for BMW’s showroom salespeople, that’s for sure. Because they will have to say to prospective customers, “Yes, it has the same engine and running gear as the M5. And the same number of doors. But here’s the thing, sir. It’s £24,000 more expensive and there’s less space inside.”

A car maker can get away with that when a coupé is dramatically and noticeably better-looking than the saloon on which it is based. People will always pay for style. But when the coupé isn’t dramatically different? Hmmm. As I said. It’s going to be tough for the hair-gel-and-Burton boys.

However, let us be in no doubt that the M6 Gran Coupé is extremely good-looking. It’s better-looking, weirdly, than the two-door M6. And while there is a hefty price premium, it does come with some things the M5 doesn’t have, such as a carbon fibre roof for a lower centre of gravity.

There’s more too. While I like the M5, it does come with a whiff of the enthusiast about it. Every one you see has been bought second-hand on the internet, fitted with private plates to disguise that fact and then polished to within an inch of its life. Then you have the driver, who always looks exactly like the sort of person you don’t want to sit next to at a dinner party. The sort of person that refers to his car by its manufacturing code, not its name. With an M6 Gran Coupé you don’t get that association. Yet.

Plus, I’m a sucker for pillarless doors and rear seats that are separated by an (optional) console full of knobs and dials. Sitting in the back of this thing is like sitting in a private jet, and no one’s complained about that. Even though your knees are in your nipples, your head’s on the ceiling, it’s deafening and there’s no lavatory.

So, yes, I will say that there is just enough in this car to warrant the price premium over both the M6 and the M5. Right now it’s the M car to have. Provided that’s what you want. But is it?

Well, not the first time you drive it, that’s for sure. God, it’s complicated, and there is an electric German on hand to stop you doing anything out of sequence. Or that feels natural. Or sensible. It won’t let you do anything without ordering you to do something else first. This means that soon you will be screaming at it, “I own your arse! And if I want to put you in Drive without pressing the switch first, I will!”

Sometimes, though, it asks you to do things that you can’t do. Such as putting it in Park before getting out. Which is tricky because there is no Park button. “Bong,” it says. And then “bong” again. And then “bong”. You feel like Dustin Hoffman in Marathon Man, constantly being asked if it’s safe, and you panic because you don’t know the answer.

Eventually, when you are mad and drooling, you will get out anyway, hoping the bloody thing does roll into a river. And this is the good bit. When you get out, it goes into Park all by itself. I wanted to kick it.

Some of the electronics, however, are very good. The sat nav is huge and brilliant. The ability to choose settings for the suspension and the steering and the powertrain and then store your preferences for future reference is wonderful. And . . . I’m sounding like a stuck record. Because I said exactly the same thing when I reviewed the M5 last year.

There’s another similarity too. A great sense of weight. When you push down on the accelerator, you sense that the 4.4-litre twin-turbo V8 is really having to gird all of its 552 loins to get the car rolling, and it’s the same story when you turn the wheel. You feel as though you are asking the suspension to deal with something that’s heavier than most monasteries.

And yet strangely it weighs less than two tons. It’s not a lightweight, by any means, but by today’s standards it’s not a porker either. And, anyway, some people enjoy the sense of driving about in a hill. Rather than rolling down it while inside a balloon.

However, you won’t be thinking about weight when you really mash the throttle into the carpet, because this car absolutely flies. It’s really, properly fast, and, better still, it doesn’t make much of a song and dance about it. There’s a trend these days for fast cars to let you know they’re fast by barking every time you go near the throttle. The BMW doesn’t. It just gets on with its speed, efficiently and with no fuss.

Cornering? Yup, it does that too. And from memory it does it better than the two-door M6, which feels woolly and soft. Sadly, though, I’m not going to ring the man in BMW’s suspension control department (electronics subdivision) and ask why this is so.

Because undoubtedly he’s the sort of chap who would enjoy telling me for hours.

It didn’t take me long to work out that this car is special and unusual. An M5 with a hint more style. A genuinely nice place to sit. And, all things considered, it’s not a bad price tag. Yes, its value will depreciate like a fat man falling off a tower block, but £97,490 in the showroom isn’t bad. Not when you see how much Aston Martin wants for a Rapide.

Mercedes, of course, does the CLS 63 AMG, which is similar, and Audi has its RS 7 in the wings. But for now I think the BMW makes the most sense. If it had sensible controls and a Park button, I’d even consider giving it four stars, but it hasn’t, so . . .

M is for muscle

Search for and buy a BMW M6 on driving.co.uk