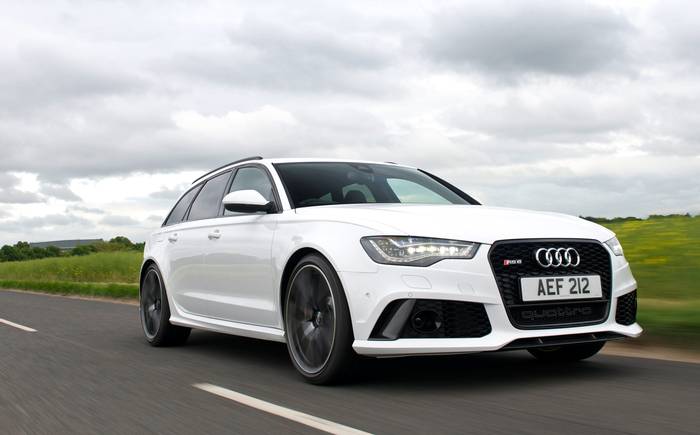 The Sunday-evening crawl back into London is enough to make most sentient beings wonder if they should pull onto the hard shoulder and shoot themselves in the head. The weekend is over. There is nothing but drudgery ahead. The kids are tired and crotchety. And the traffic is dreadful.

It was always thus. But now, on the M1, the government has found a way to make everything much, much worse. Because every few hundred yards there is an overhead gantry that informs motorists the speed limit has been lowered to, say, 50mph. And that speed cameras are on hand to catch those who think that’s stupid. This means that everyone drops down to the new limit. And there’s a word for this: communism.

Search for and buy a Audi RS 6 on driving.co.uk

I don’t doubt for a moment that many people with interesting hair and degrees in advanced mathematics have spent several weeks working with the principle of flow dynamics and have decided that when x number of cars are using the motorway, pi equals MC² and that the speed limit should be lowered to ensure a smooth passage for everyone. Certainly we know their arguments took in the former transport secretary John Prescott, who announced that the slower you go, the faster you’ll get there.

Unfortunately, human beings are not molecules. We cannot be likened to water flowing down a hosepipe, because we’re all different. Some people are pushy and dynamic. Some are mice. It is a fact that if you gave everyone in the country £100 today, tomorrow some people would have £1,000 and some would have nothing. And that’s what the mathematicians don’t seem to understand.

When Russia experimented with the idea of making everyone the same, it wasn’t long before it needed a secret police force to keep the system going. Gatso. KGB. Same thing, really.

I came down the M1 last Sunday evening, and I think I’m right in saying that I have never been in a situation on any road anywhere in the world that was quite so dangerous. Because all of a sudden the pushy, dynamic people were stuck, and the car in front could neither speed up, because it was being driven by a mouse, nor pull over, because everyone was doing 50, so all three lanes were clogged.

This sort of thing makes the alpha male mad, so he starts to tailgate and undertake, using gaps that aren’t really there. And that causes the mice to panic-brake. Then you’re in a world of squealing tyres and tortured metal, and pretty soon you have the headline: “Dozens die in juggernaut dance of death”.

We all know that Audi drivers are by far the most aggressive you encounter, and I’ve often wondered which comes first: the temper or the car.

Well, now I have the answer. Most of the time I’m pretty calm behind the wheel. I occasionally mutter the odd profanity at another motorist’s idiocy, but I don’t tailgate, I don’t shake my fist and I don’t arrive at my destination with a face the colour of a plum and armpits like Lake Superior. And yet in that Audi I did all those things. I think the company put testosterone in the air-conditioning system.

Or maybe it’s the small-man syndrome at work. We all know that people who can’t reach things on high shelves (no names here, Richard) have a bad temper because they are not as tall as all their friends. Well, could it be that Audi drivers are in a permanent state of fury because they do not have a BMW or a Mercedes?

And while engaging in this idiotic pursuit I noticed something strange. The Audi was fitted with a radar in its nose that warned you when you were travelling too close to the car in front. This is available in many cars these days, and normally it errs on the side of caution. Not in the Audi, it doesn’t. It issues a red alert only when you are precisely 1in from the car ahead. And even in my deranged state I thought that was a bit silly.

And I suppose while we’re looking at the negative points we should examine some of the other things that are wrong with the new RS 6.

No 1: it’s not that nice to drive. You have a four-wheel-drive system that uses a mechanical centre differential to apportion power between the front and the back. You have adaptive air suspension. Then you have more diffs that send the power from side to side. And you have a steering system developed after more than a century of trial and error. But most of the time it’s uninvolving, and then very occasionally, when you are really tanking along, it all gets overwhelmed by the torque and goes a bit wobbly. If you really do want a large estate car that feels like a Ferrari in wellies, an AMG Mercedes is better.

That said, the Audi’s engine is a peach. The last RS 6 was propelled by a big 5-litre V10, but for this one the company has fitted the twin-turbo 4-litre V8 that Bentley is now using in the Continental GT.

There’s less power than before but there is also less weight. A fifth of the car’s body is now made from aluminium. The wiring is as thin as possible. The soundproofing is chosen for its similarity to helium. And as a result the performance is still somewhere between electric and mind-blowing. This is a car that will take two children back to boarding school after the summer holidays — and yet it will get you from 0 to 62mph in less than four seconds. And it has a top speed of 155mph.

It’s not just brute force and ignorance, either, because when you are just pootling along, four of the eight cylinders shut themselves down. And to make sure the car doesn’t shake itself to pieces as a result, the “active engine mounts” are fitted with “electromagnetic oscillation coil actuators [that] induce phase-offset counter-oscillations which largely cancel engine vibration”. You can tell it’s German, can’t you?

But this is exactly the sort of engineering that is missing from the Jaguar F-type V8 S, which I wrote about last week. The sort of stuff that makes you go, “Huh?” The entire RS 6 is riddled with it. Clever solutions to problems you simply didn’t know existed. Some of it has to do with weight. Some with delivering music from the entertainment system. You sense all the time that you are driving not so much a car as an engineer’s homework.

Maybe that’s why it feels a bit detached. A bit uninvolving. Because, unlike the Jag, it wasn’t built with passion; it was built with maths. And maths, as we know from the Stalinist cameras on the M1, doesn’t always work.

It’s just got too much Technik

Search for and buy a Audi RS 6 on driving.co.uk