Share Article
...plus an unprecedented sixth ★ — unless you’re thinking of driving it, in which case deduct four
Pros
Pretty enough to cause a stir
Such an exciting drive
Its many flaws are actually plus points
Cons
Will probably go wrong
Veers left or right depending on road camber
Deafening at 70mph; General Noriega suffered less
Cars > Alfa Romeo > 4C 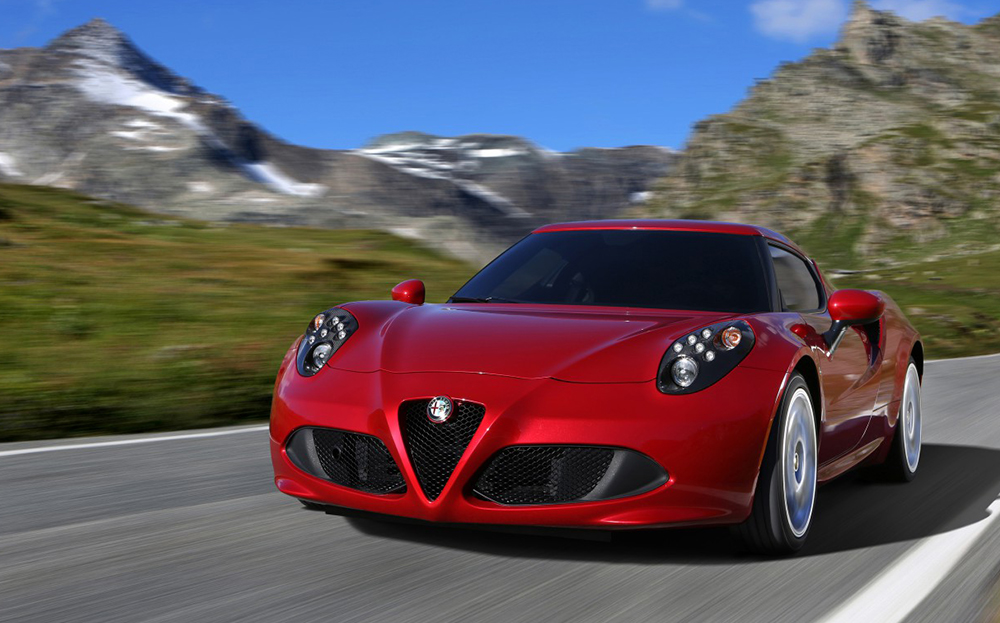 A NUMBER of years ago a writer on the hysterically earnest motoring magazine Autocar said in a review of some supercar or other that it caused “absolute mayhem” when he parked it in a supermarket car park.

Hmm. I’m not sure his definition of absolute mayhem is quite the same as mine. Because in my quite extensive experience no supercar causes people to run screaming for their lives, or to throw a milk bottle full of petrol at a policeman. And no. Not even the lowest, yellowest, loudest Lamborghini makes people rush into a petrol station kiosk and start helping themselves to the sweets, before killing the cashier and burning it down.

Browse the used Alfa Romeo 4Cs for sale on driving.co.uk

In Italy a small crowd of admirers may gather, but elsewhere, and especially in Britain, the only reaction you get is from small boys, who clutch excitedly at their tinkles. That’s not absolute mayhem in my book.

But it must be said that the Alfa Romeo 4C coupé you see in the pictures  did cause something of a stir. In London, where most people wouldn’t even look twice if Harrison Ford bounced down the middle of the road on a space hopper, women from offices would stop halfway across zebra crossings for a better look. Bus passengers would reach for their cameraphones.

Other motorists would applaud. It was a long way from absolute mayhem but I can tell you this: I’ve never driven any mainstream road car that generated quite such an outpouring of affection. Not ever. It was like I was whizzing about in a reincarnated blend of Gandhi and Diana, Princess of Wales. 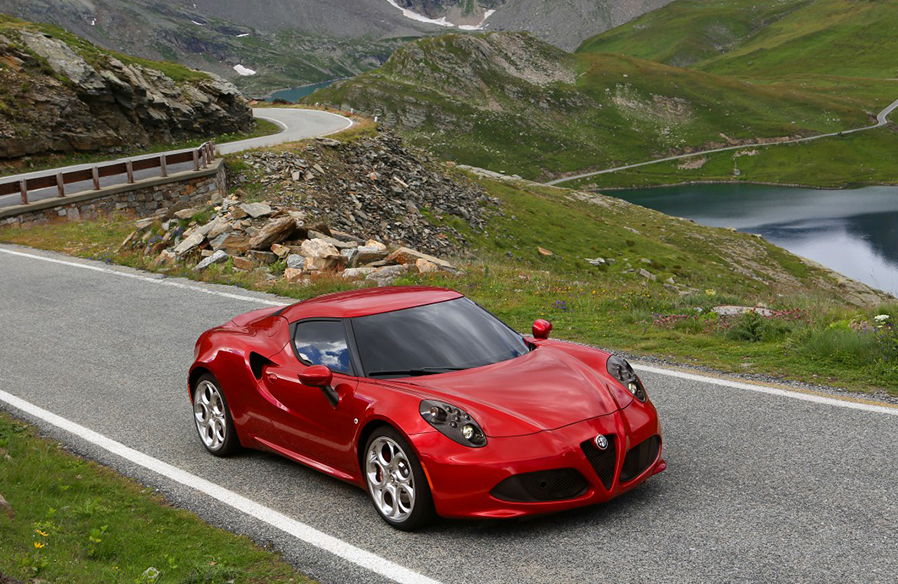 The reason people like it is simple: it’s sporty and interesting and different but it’s not even slightly threatening. Think of it as a Ferrari puppy. Sadly, however, there are a few issues with the actual car. Where do I start? With the steering wheel, which would be dismissed as “too plasticky” by the makers of those penny- in-the-slot cars you find outside suburban chemist shops?

How about the problem of getting out after you’ve parked? Put simply, it’s like being calved. Or maybe I should major on the width. This car is so wide it won’t even fit in a standard parking bay. And even if you do shoehorn it into a space, you will then only be able to open the doors the merest crack, which makes getting out even more difficult. Realistically, you’ll get into this car once, and then that’ll be that.

It was like I was whizzing about in a reincarnated blend of Gandhi and Diana, Princess of Wales

Other things. Well, the boot lid won’t stay up by itself. There is almost no rear visibility at all. The switchgear is so flimsy it makes the steering wheel look like a Fabergé egg, There’s a draught from the bottom of the doors as you drive along, and it’s as luxuriously appointed as a Presbyterian beach hut.

“Aha,” I hear you say, “but I bet it’s an absolute joy to drive.” Nope. It may have a carbon-fibre tub, the sort of thing you find in a Formula One car or a McLaren P1, and it may be so light as a result that it can make do with a tiny turbocharged 1742cc engine, but the steering is inert, and not power assisted, and the brakes lack any feel at all. You have to use muscle memory to decide how quickly you want to stop.

And then there’s the noise. Oh my God. Around town it’s fun. It snuffles and roars and farts but last Saturday I had to drive up the M1 to the Midlands and by the time I reached Watford, I’d had enough. I think my ears were actually bleeding. Manfully I reached 70mph, at which point I started to understand how General Noriega must have felt when the Americans bombarded him with volume. I just wanted to get out. But as we know, that’s not possible. 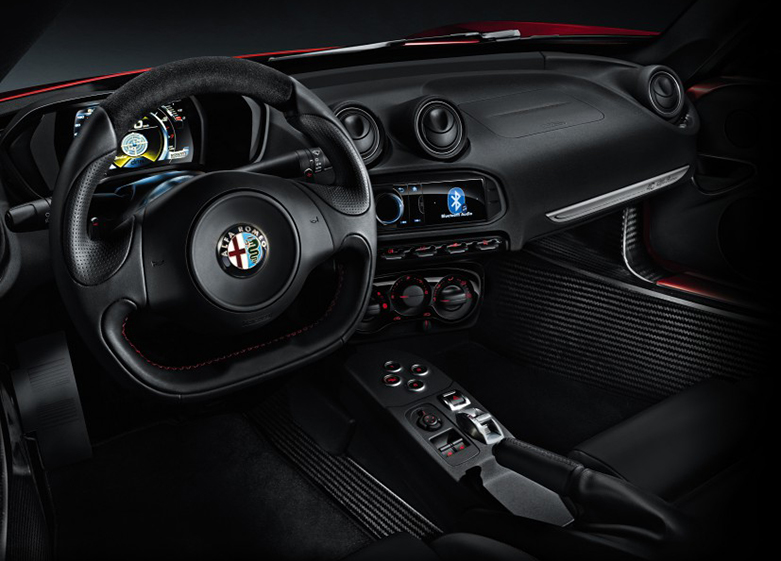 I didn’t think life could be any more miserable. But then in Northamptonshire I hit the 700-mile roadworks that are monitored by average-speed cameras to make sure everyone does 50mph. There was a sign showing a middle-aged woman in a hard hat and a hi-vis jacket that asked drivers to be careful by saying: “My mum works on this site.”

Don’t be so bloody daft. Of course she doesn’t work on the site. No one does, or they’d have finished whatever it is they were supposed to be doing two years ago.

Anyway, the joy of being forced to drive at 50mph — at which speed the sound is roughly akin to the noise generated by the Grateful Dead — was short-lived because a new problem had reared its head: tramlining.

I have driven the 4C before in Italy and was assured that its alarming tendency to follow the camber would be solved in the UK by smaller wheels. Well, it hasn’t. Holy cow, it’s frightening. You’re trundling along, minding your own business, when suddenly the car will turn left. Or right. There’s no warning at all, and unless you are an actual Terminator with an ability to know the future, there’s nothing you can do to stop it happening.

It’s a terrible car, riddled with the sort of faults that every other motoring manufacturer had addressed by about 1972. And yet I completely adored it

And to make matters worse, it really was causing absolute mayhem. The occupants of every other car were swarming around it, trying to take pictures, and there was nothing I could do. If I slowed down, they slowed down, causing people behind to jam on their brakes, and I couldn’t speed up or I’d get three points on my licence. The mandatory 50mph limit is already one of the most dangerous aspects of driving in Britain because it causes bunching and frayed tempers. But in an Alfa it’s borderline lethal.

And so there we are. It’s a terrible car, riddled with the sort of faults that every other motoring manufacturer had addressed by about 1972. And yet I completely adored it. Every other vehicle with its perfect refinement and its perfect electrics and its perfectly adjustable suspension cannot help but feel like a machine. Whereas the Alfa, with its flaws and its tendency to go where it wants, feels human.

Will it go wrong? Probably. But so will your girlfriend from time to time. And you’re not going to swap her for a librarian, are you? 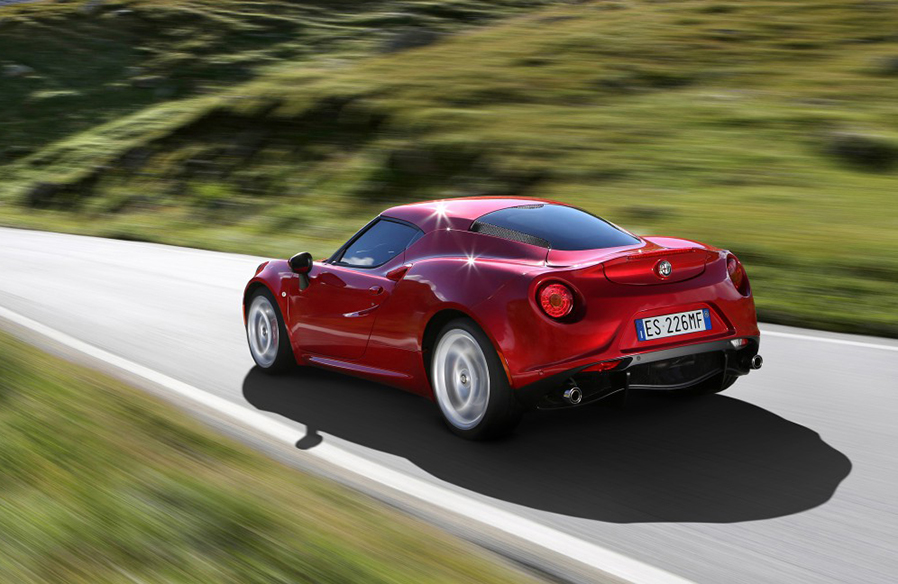 I may not have enjoyed getting out of the Alfa very much but I loved getting in to it because it’s just so exciting to drive a car that has a mind of its own. I’ve driven a few vehicles over the years that made me happy but none of them even gets close to this. It’s a wonderful little package of deep, deep joy.

The problem is that I cannot realistically advise you to buy one. And worse, I could not even buy one myself. Yes, it’s everything a true petrolhead wants in a car but the noise and the veering about and the veterinary operation that’s necessary every time you need to get out would drive me insane.

I wish Alfa would call because I’m not busy at the moment and I really do have a few ideas that would keep the wild-child spirit but sandpaper away just a couple of the really rough edges.

As it is, I’m left with a problem. Because as a car it gets two stars; one for having a fabulously clever stereo system and one for being very economical. But as a thing, I’d give it six.

Browse the used Alfa Romeo 4Cs for sale on driving.co.uk