Share Article
From hero to zero [no stars]
Pros
Fanboys love the tech
A tiny increase in downforce
Probably OK on a track
Cons
Undriveable on the road
No quicker than a standard GT-R
You'll pay more for the car... and in chiropractic fees
Cars > Nissan > GT-R 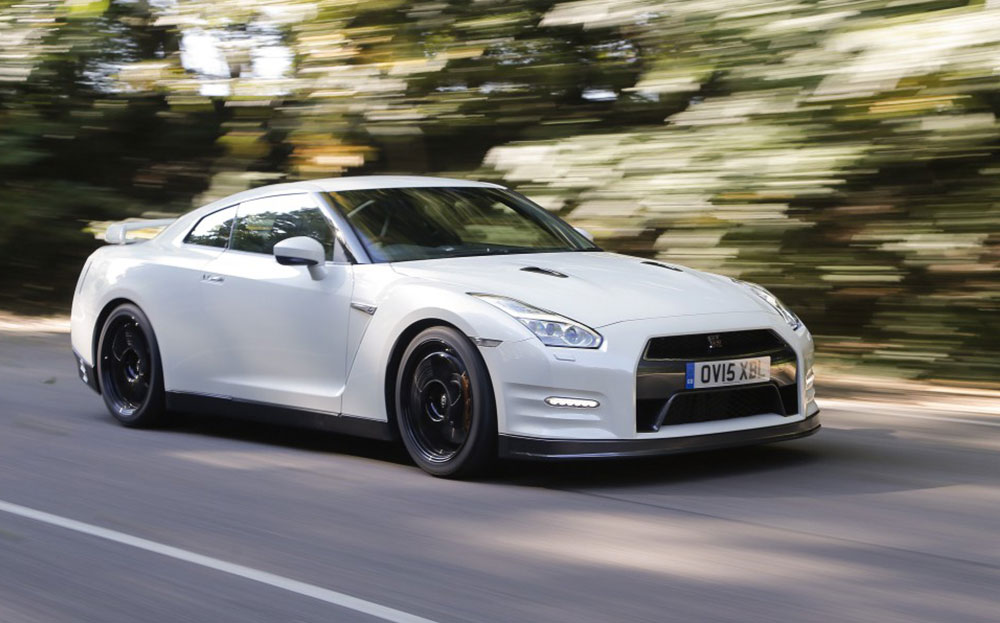 IN MY most recent review of the Nissan GT-R I said it was pretty much perfect in every way and declared at the end that it’s not a five-star car. It’s the five-star car. I stand by that. If you want to go fast, in any weather, on any road, there is simply nothing else that even gets close.

View the used Nissan GT-Rs for sale on driving.co.uk

You know the space shuttle. The pictures would suggest that it lumbered off the launchpad as though it were getting out of bed after a heavy night, but nothing could be further from the truth. When the restraining bolts were released and those 37m-horsepower engines could do their thing, it exploded upwards so vigorously that it was doing 120mph before its tail had cleared the gantry.

Anyone familiar with the Nissan GT-R would call that “a bit pedestrian”. Maybe on a sweeping ribbon of tarmac in the Scottish Highlands on a dry, hot, sticky day the McLaren P1 could just about keep up. But it’s doubtful. And what makes this so extraordinary is that the Nissan has four seats and a big boot and to the casual observer appears to be “just a car”.

I have no idea why Nissan makes it. It costs a little over £78,000, so the margins must be small. So is the volume. Which means the company probably makes more money each year from its factory-floor vending machines. And it’s not as though the GT-R creates any form of meaningful halo for Nissan’s other cars. Nobody in the world has ever said: “Ooh, I admire the GT-R’s ability to get round the Nürburgring in four seconds so I shall buy a Juke immediately.” The GT-R sits in the Nissan line-up in the same way as a Fabergé egg would sit on the shelves of your local Lidl.

I suspect Nissan makes the GT-R primarily to keep its engineers awake and loyal. Most companies put photographs of their employees of the month on a wall in reception. But at Nissan if you do good work on the rear light cluster of the dreary Kumquat SUV you are allowed to develop a differential for the GT-R.

That’s great, but how do you reward your brightest and best when there will be no new GT-R for at least five years? Simple. You let them make the existing car even better.

This recently resulted in the Nismo version. I have not driven it but I gather from speaking to the hollowed-out, mumbling wrecks who have that it’s almost stupid in its ability to bend, break and then eat the laws of physics. 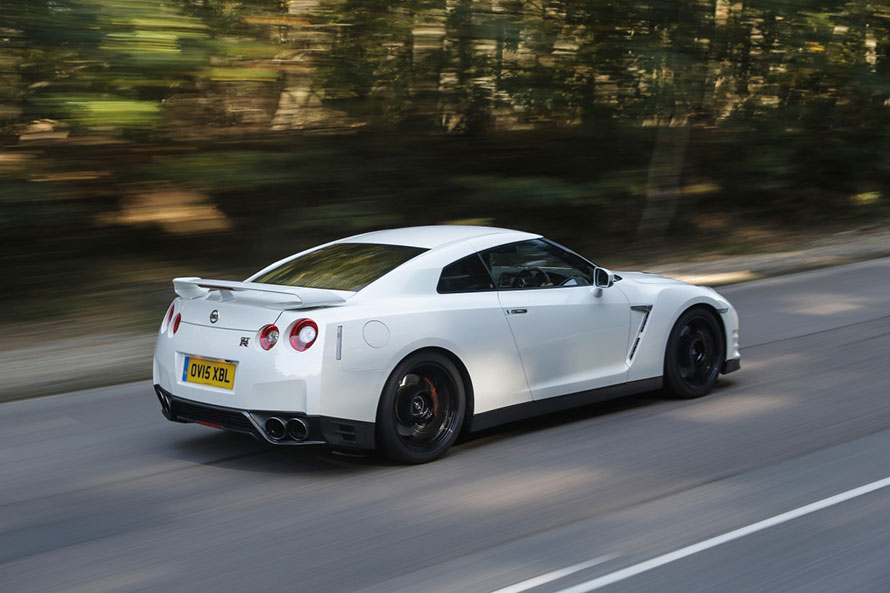 I’m also told that while it works extremely well on a track, it’s far too raw to work on a road. Think of it, then, as a scuba suit. You need it if you want to look at a turtle, but it doesn’t really work on the Tube or in meetings with clients.

So now Nissan has come up with the Track Edition, which is supposed to be a halfway house. You get the standard car’s V6 twin-turbo engine and the standard car’s interior fixtures and fittings. But you get the Nismo’s handling tweaks. Which include this: glue to supplement the spot-welds and make the body even stiffer.

This is the sort of thing that makes an enthusiast of the brand need to repair to the lavatory for a little “me time”. To the people who populate GT-R internet forums a car that uses glue as well as spot-welds for added stiffness is way beyond Angelina Jolie and Scarlett Johansson in a bath of warm milk.

This is all part of the GT-R legend. It’s a car that is built in a hermetically sealed factory and has tyres full of nitrogen because normal air is too unpredictable. It uses an engine that’s built by one man and is mounted out of kilter to the transmission so that when you accelerate and the torque causes it to rock backwards, all is in perfect harmony. No one can tell if any of this stuff actually makes any difference. But knowing the car was built this way makes its fans priapic.

There’s a problem, though. Because the body is now so stiff and the suspension is so unforgiving, the car is completely undriveable on the road. It’s so bad that after one run from London to Oxford and back I parked it in my garage and have not even looked at it since.

There is no give. At all. Drive over a manhole cover and you get some idea of what it might be like to be involved in a plane crash. You actually feel the top of your spine bouncing off the inside of your skull.

Jimmy Carr was in the passenger seat and after less than half a mile he asked if the sat nav was programmed only to take the occupants to the nearest chiropractor.

But I wasn’t really listening because the Track Edition was serving up another unwanted party piece: any minor camber change in the road surface causes it to veer violently left or right. I’m always hesitant to say that a car is dangerous because it’s a legal minefield, but this one gets bloody close. Twice in just an hour I very nearly had an accident because of the sudden and unexpected changes in direction.

It wouldn’t have been a big accident because it happens mostly at slow speed but it would have been annoying and embarrassing explaining to the driver whose car I’d hit why I’d suddenly driven into his door for no reason.

Naturally you’d expect that on a track there would be some upside to these issues — but I can’t answer that because driving this car to a racing circuit to find out would be too uncomfortable and too fraught with danger. 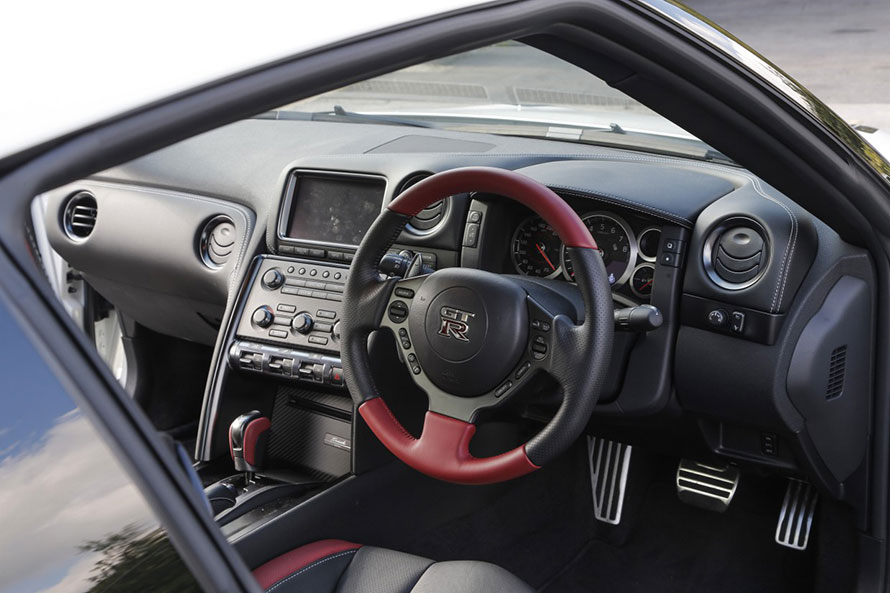 One American magazine found that the standard car can generate 0.97g in a corner and the Track Edition 1.02g. That’s not much of an improvement, and when you factor in the fact that the track was stickier when it tested the new car, it’s not really an improvement at all.

It’s no faster in a straight line either because it has the same engine. In fact it may even be slower over a quarter of a mile because it will spend most of its time veering left and right. The normal GT-R can and will go from A to B on a drag strip in the shortest possible distance. Which is a straight line.

Still, you might imagine that because the Track Edition is compromised so badly, it will be cheaper. Not so, I’m afraid. It is in fact about £10,500 more expensive.

So we are left here with a rather tragic conclusion. The standard GT-R is a five-star car. It is one of the very, very best cars in the world. And yet this track-day abomination gets no stars at all. Because it’s pretty much useless.

I’ll sign off, then, with a simple message to Nissan. If you feel the need to tinker with your masterpiece again, stick to the styling. Because that’s the one area where a little bit of TLC wouldn’t go amiss. Everything else: leave it alone.