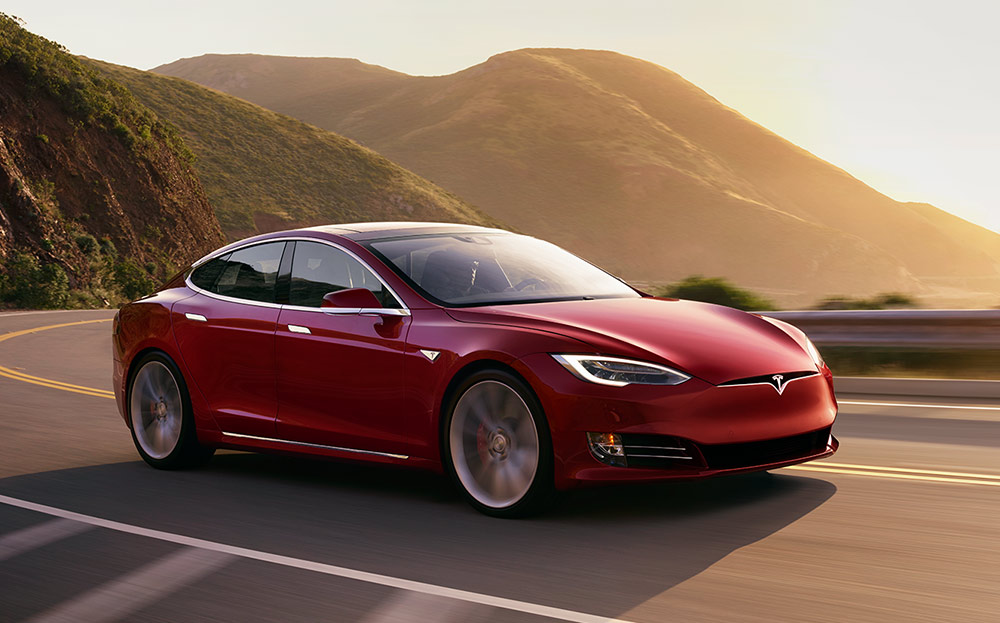 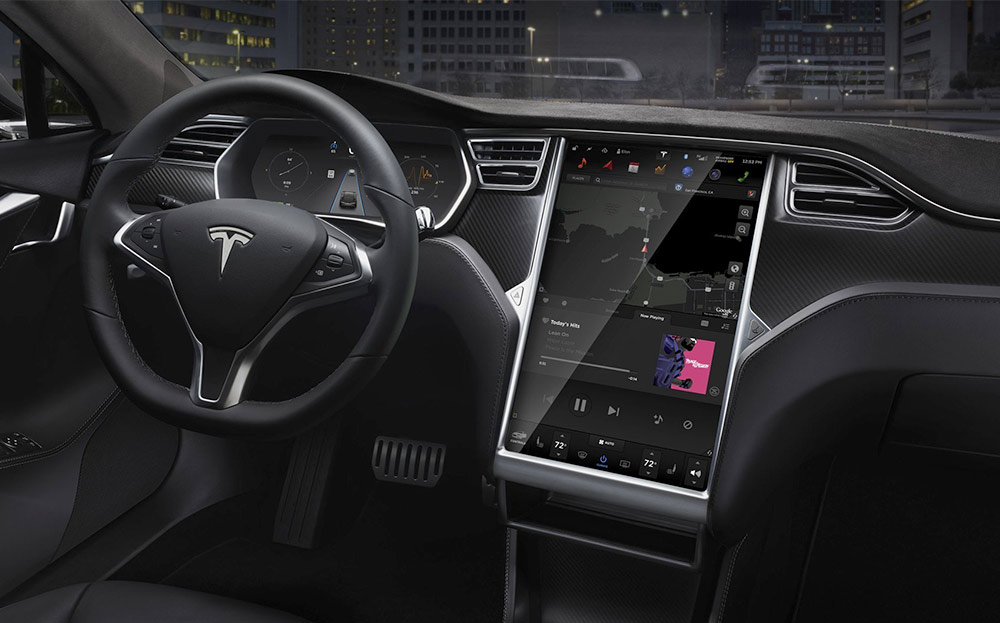 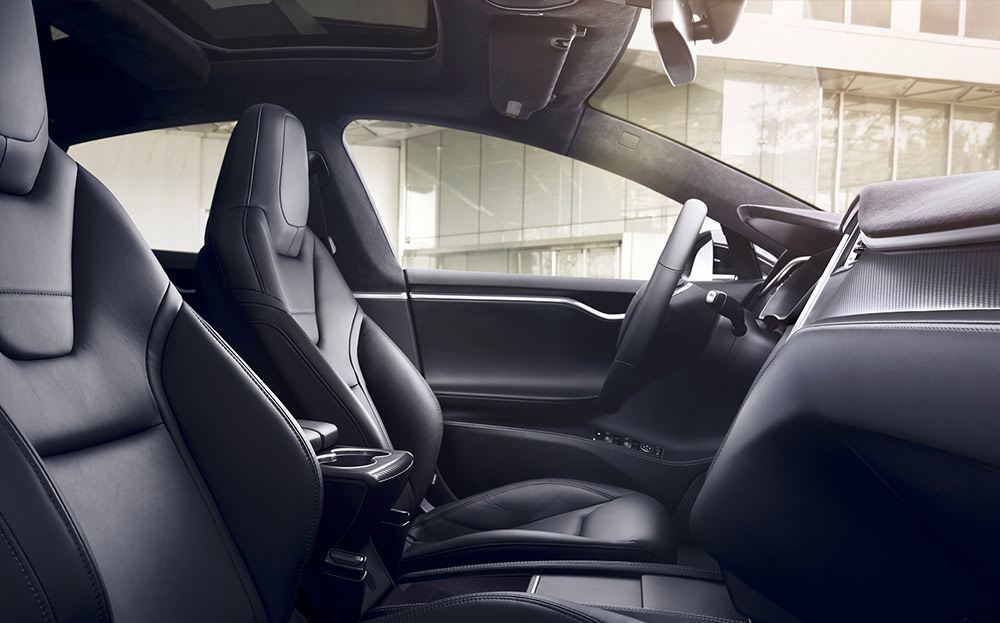 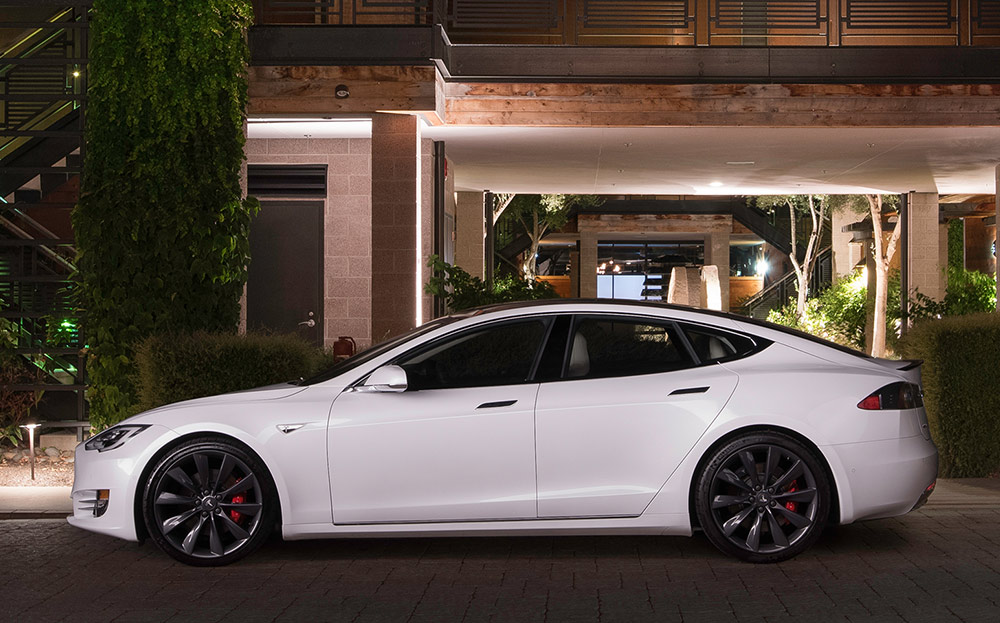 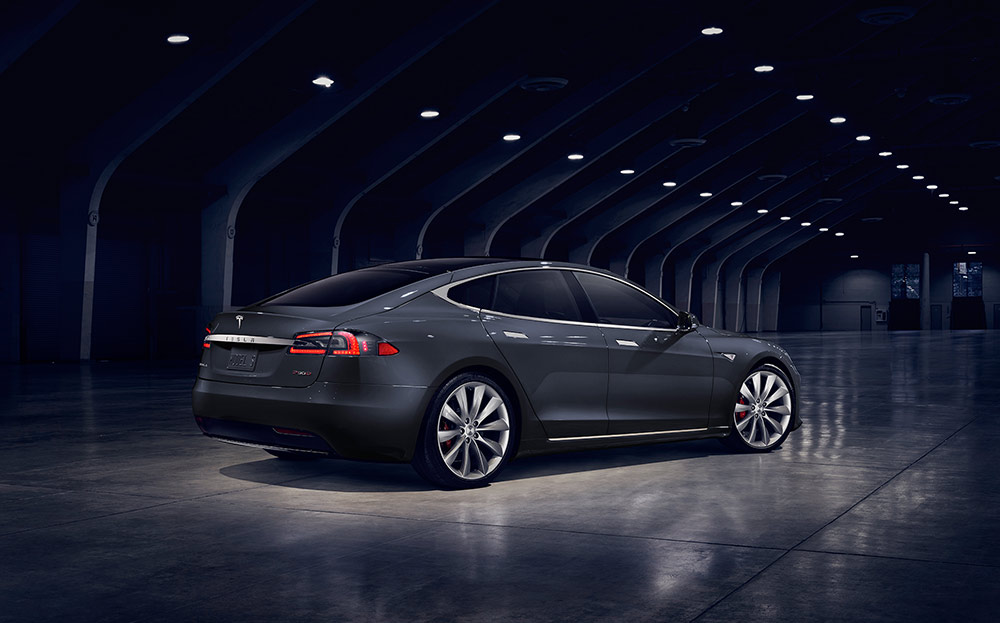 Tesla does none of these things. For one thing, the Californian upstart makes only pure-electric cars; no internal combustion engines here. It also seems to introduce ground-breaking tech while traditional car makers are napping: free streaming music services via an LTE mobile connection, an advanced self-driving system and the ability to “summon” a car via a mobile app, for example. It launches these things whether they’re ready for the mass market or not, arguably, but it goes towards reminding us of the brand’s fast-moving, forward-thinking Silicon Valley roots.

Tesla’s first wholly designed and built car, the Model S saloon, has been getting a steady stream of software updates over the airwaves since it launched in 2012. When the first car rolled off the production line it came without a creep mode, for example, so that when you took your foot off the brake at a set of traffic lights, the car didn’t start crawling forward. As this is a common feature of most existing automatic cars, it drove some owners to distraction. Tesla soon after sent a software update to all Model S cars that added the ability to switch on creep mode, via the massive central touchscreen menu, should they wish.

Which is why a “new” Model S is often defined simply by whether it’s received a digital upgrade overnight. Like the apps on your mobile phone, a Tesla is constantly evolving. However, earlier this year new Model S models received a few hardware upgrades in additional to some fairly major software updates.

The most obvious change is to the nose, which has lost the contrasting-coloured grille in favour of a continuation of the body. Only a thin gap remains between the leading edge of the bonnet and the bumper, within which you’ll find the Tesla logo. It’s an odd effect at first glance but it grows on you and is entirely logical, given no air cooling is required at the front (there’s no engine too cool). Oddly, looks are improved with the addition of a UK numberplate (US cars only require one at the rear).

The new car also features full LED adaptive headlights that turn into corners to improve visibility at night – an innovation that is now found on many new cars, and expected on pricier ones. Both tweaks to the face bring it in line with the new Tesla Model X SUV (reviewed here).

Inside, two new interior trims are available – Figured Ash Wood Décor and Dark Ash Wood Décor – but there’s also better use of the space between the driver and passenger through the addition of two storage bins, one of which contains a phone holder/charger, rather than the previous flat tray. Before this, Tesla owners had resorted to aftermarket solutions from wily accessory makers.

On the performance side of things, Tesla has increased the line-up to include an entry-level model with a 60kWh battery, capable of “up to 253 miles”, according to the official European test (the more realistic US test states “up to 218 miles”). That joins the 75 kWh (up to 304/259 miles) and 90kWh (up to 346/294 miles) versions. A flagship P100D model is also being introduced later this year, capable of up to 381/315 miles per charge.

All come with dual motors – one on the rear axle and one on the front – although you can specify the 60 and 75kWh models with only a single motor. And all are blisteringly quick, with 0-60mph times ranging from 5.5sec down to a supercar-beating 2.5sec for the P100D.

Other updates? The attention-grabbing “Bio Weapon Defense [sic] Mode” creates positive pressure inside the cabin and uses HEPA filtration to remove a claimed 99.97% of particulate exhaust pollution, along with “effectively all allergens, bacteria and other contaminants from cabin air”. Whether or not it will save you in a biological weapon attack is hard to test but it does offer peace of mind while driving through polluted cities.

We borrowed a Model S P90D, which, as the name suggests, features dual motors driving all four wheels and a 90kWh battery. The “P” stands for performance, meaning it also gets the more powerful rear motor and a “Ludicrous Mode” setting, offering up the full beans. Of which there are many: 0-60mph takes a claimed 3 seconds dead.

How far you can travel per charge varies dramatically, depending on things from the obvious (how hard you accelerate, how fast you travel, how hilly the landscape is) to the less so (outside temperature, use of air conditioning, size of the wheels) but a trip from Surrey to deepest Essex and back via Cambridge (about 280 miles) gave a fairly trustworthy readout of 260 miles per charge.

Tesla’s website has a handy tool for estimating range based on conditions and its growing network of “Superchargers” meant a stress-free trip – a quick top-up at Bluewater shopping centre at Dartford and again at Bishops Stortford Services on the M11 meant zero “range anxiety”. A mobile app shows the car’s current state of charge and how fast it is charging (a Supercharger will add more than 200 miles in an hour).

On the road, the Tesla’s driving manners always impress. Its air suspension keeps it flat and level though corners, while the ride is firm but compliant. The grip from the four-wheel drive system on the P90D is as sensational as the acceleration, resulting in a truly stunning experience behind the wheel. Always warn passengers before putting your foot down if you want to avoid whiplash claims.

Comfort levels remain high, the electrically-adjustable driver and passenger seats holding you well in the right places. Tall drivers will have no complaints. The dashboard is unusually high and my 5’7” passenger complained that the seatbelt was rubbing her neck, even with the seat fully raised (the belt height can’t be adjusted), but the Model S remains an impressive example of packaging, with lots of space for all. Three adults can fit in the rear and, with the optional rear-facing boot seats, two children in addition, making the Model S a genuine 5+2-seater.

The P90D loses a fair amount of space under the bonnet to the single motor models, where a roomy luggage storage space can be found, although there’s still enough for a couple of bags, or most of your weekly shop. The boot remains surprisingly vast, especially without the kiddie seats.

But the standout feature remains the 17” touchscreen infotainment system and digital instrument binnacle. It still sets the standard and other car makers seem bizarrely coy about introducing a similar system, gradually introducing smaller touchscreens and gradually switching from landscape to portrait orientation, as if worried they’ll be admitting the newcomer got it so right where they’ve become stuck in their ways. BMW, Mercedes, Audi… swallow your pride; this is what customers want, and with over-the-air software updates possible, this is what you want, too.

The Autopilot system, though? It’s arguably the most advanced adaptive cruise control system available, with the ability steer the car in lane and change lane at the flick of an indicator, but it still needs work.  The hesitant lane changes and fact that it doesn’t give a reassuring amount of space to lorries as you overtake are unsettling, while the fact that in Europe we’re required by law to still hold the steering wheel makes it a little pointless. And adaptive cruise control? What is the point when the human driver in front accelerates and slows down for no reason anyway? There is a perceivable benefit to fully autonomous cars but until then, we’ll elect to keep control in human hands.