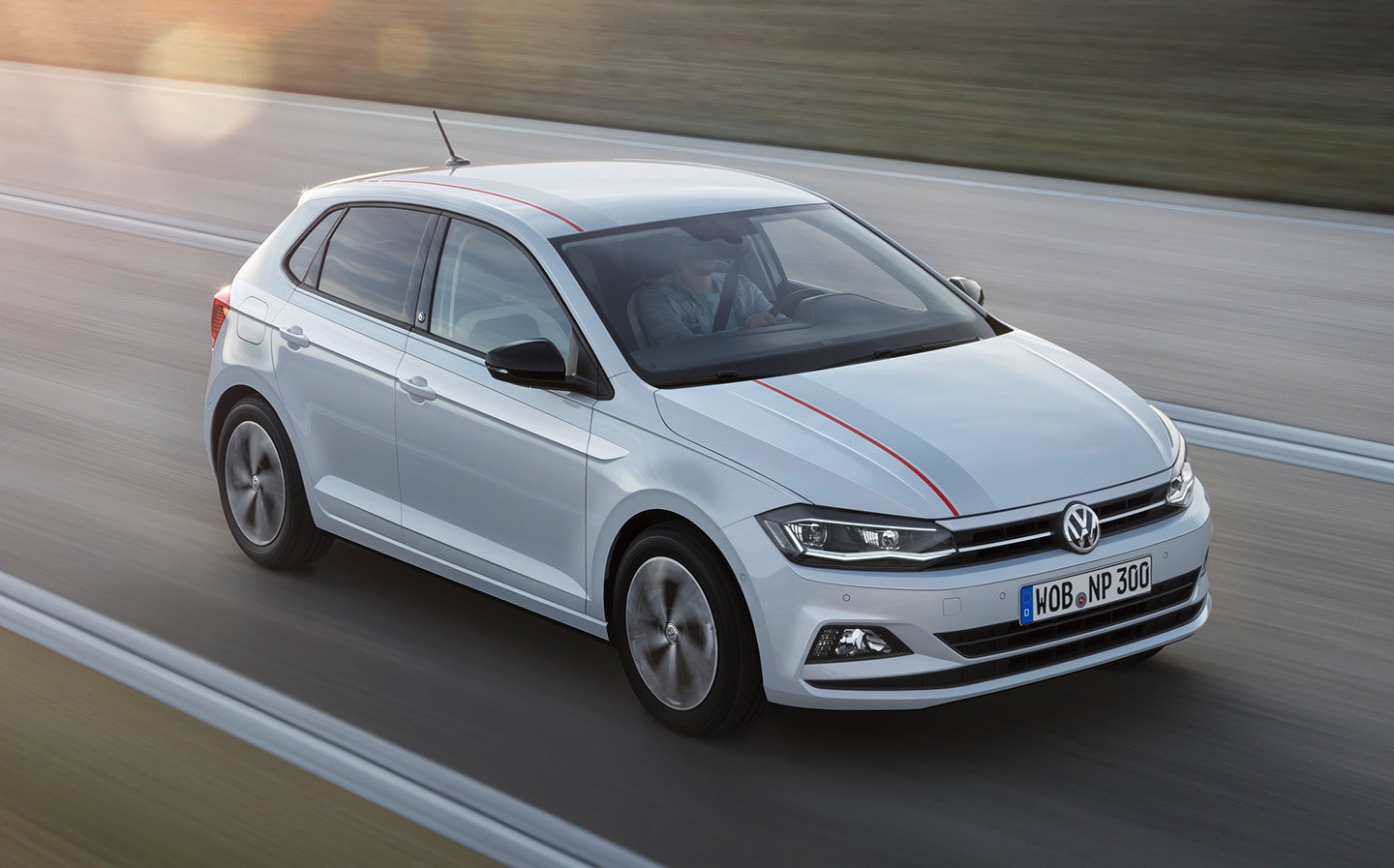 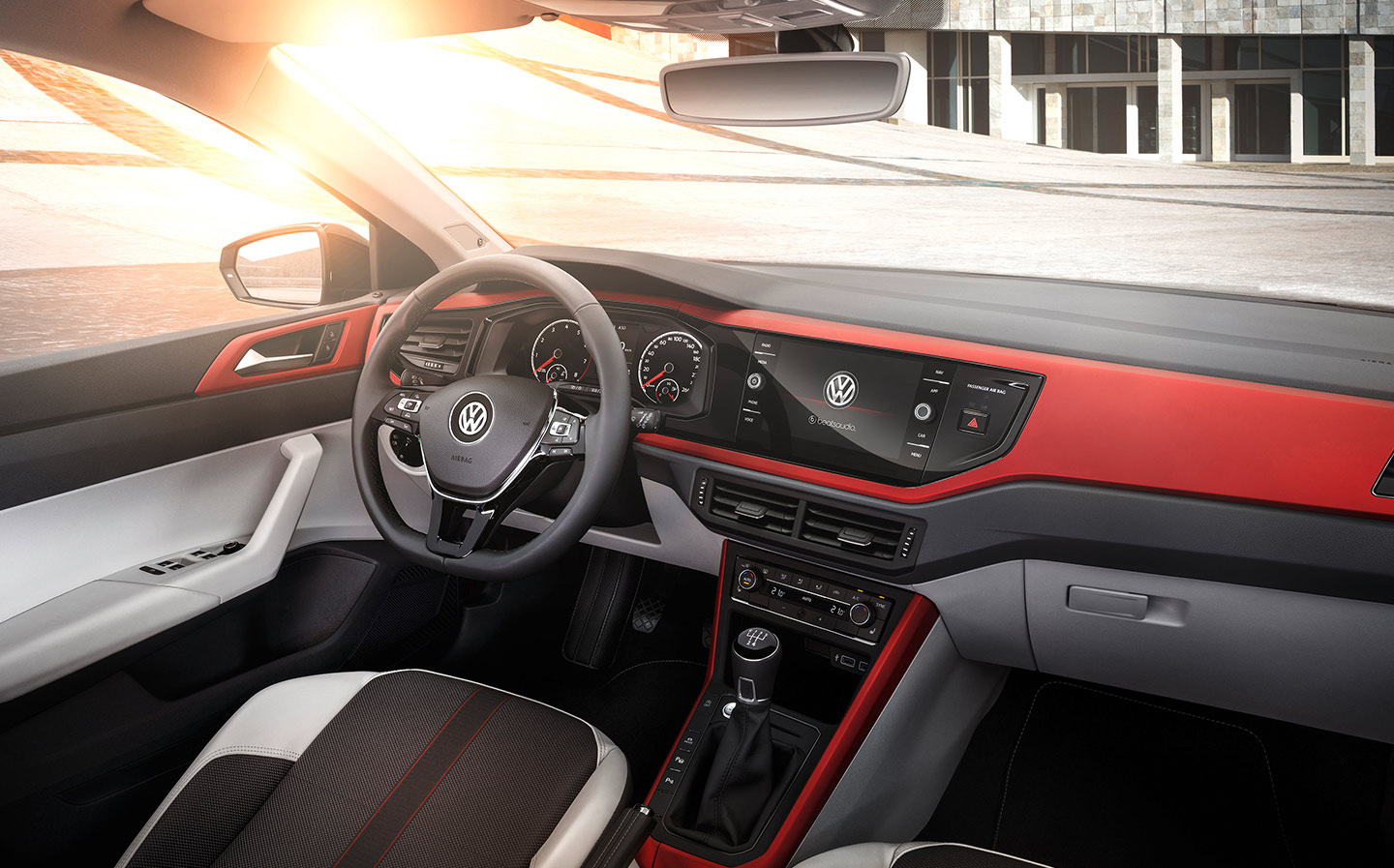 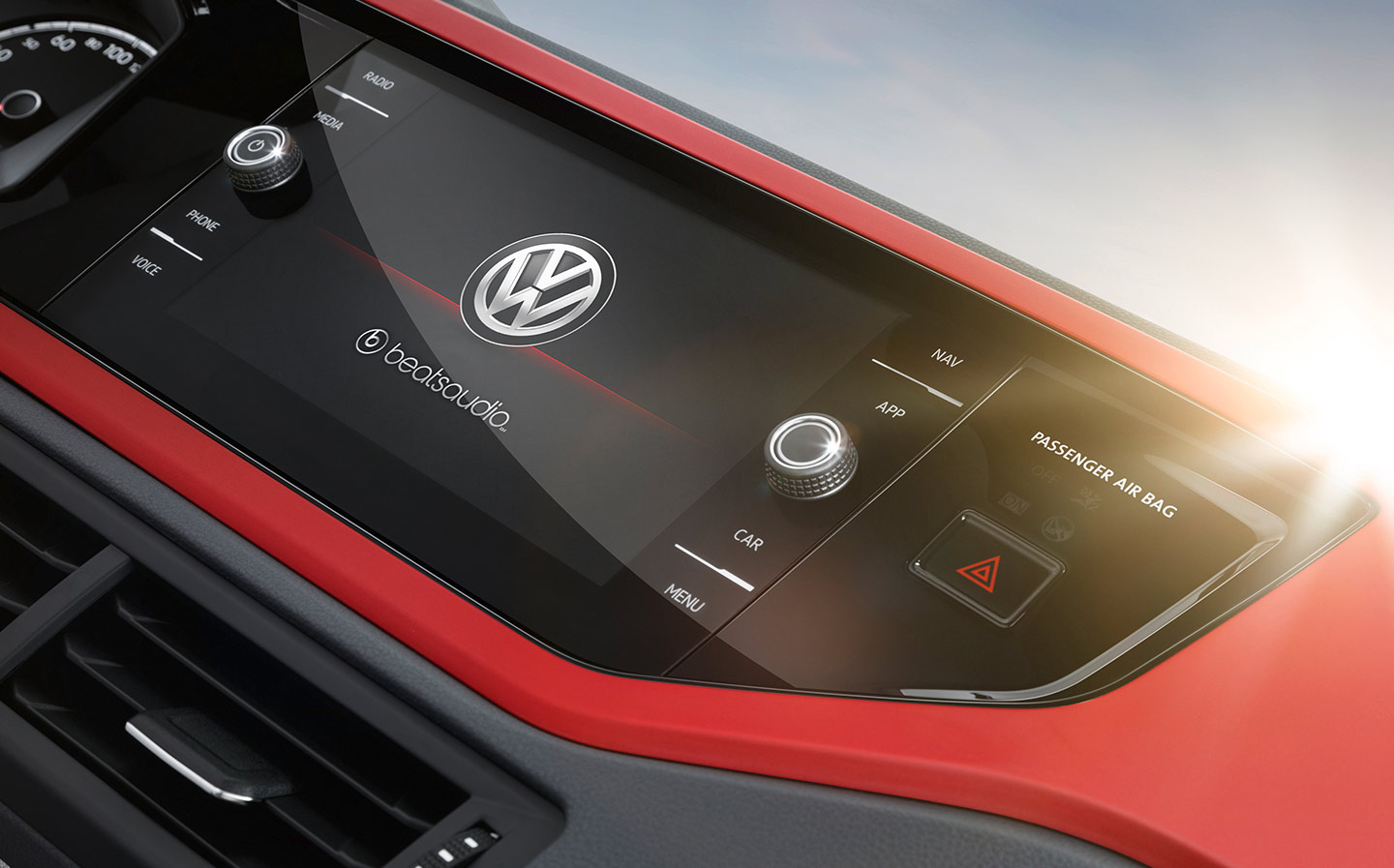 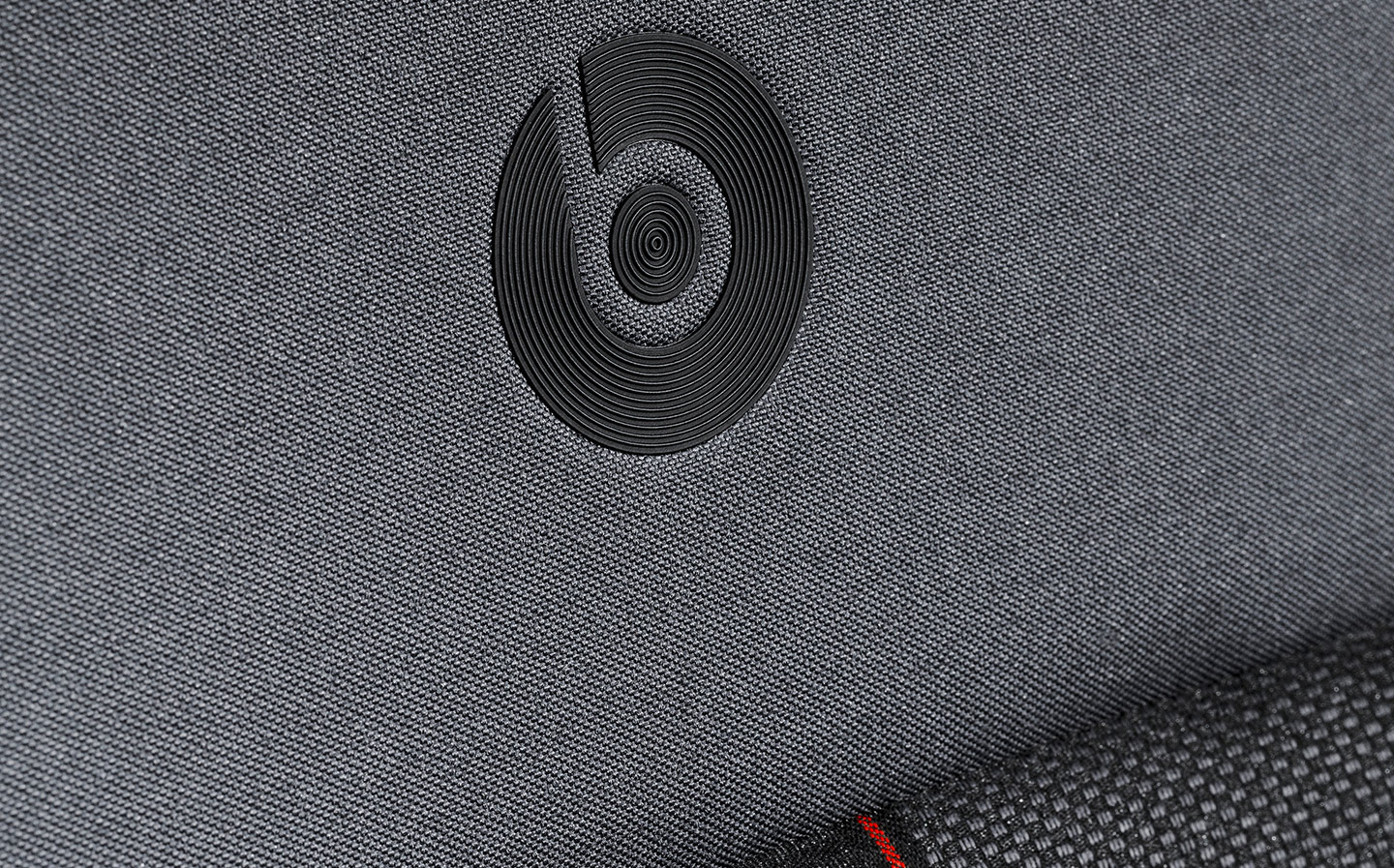 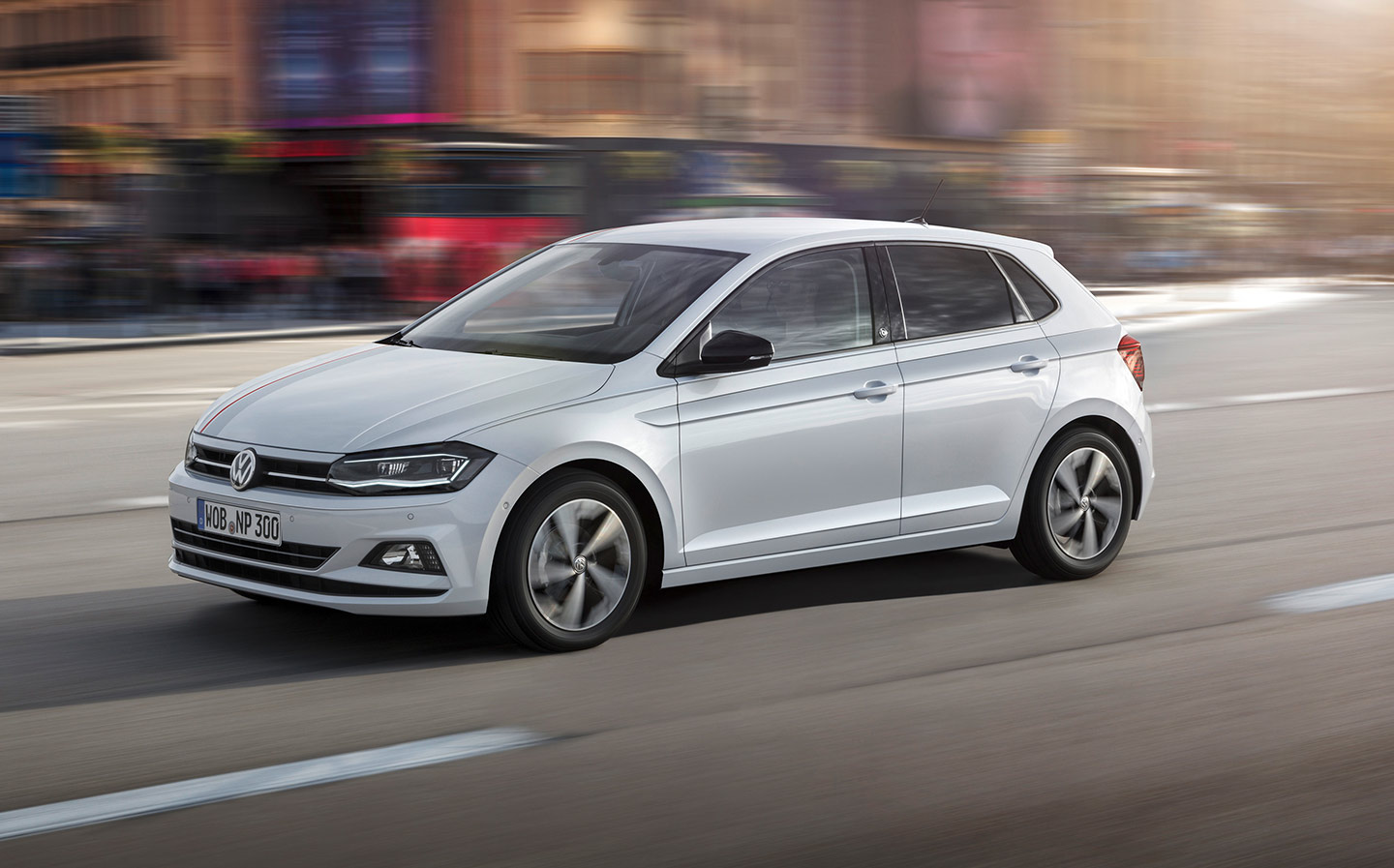 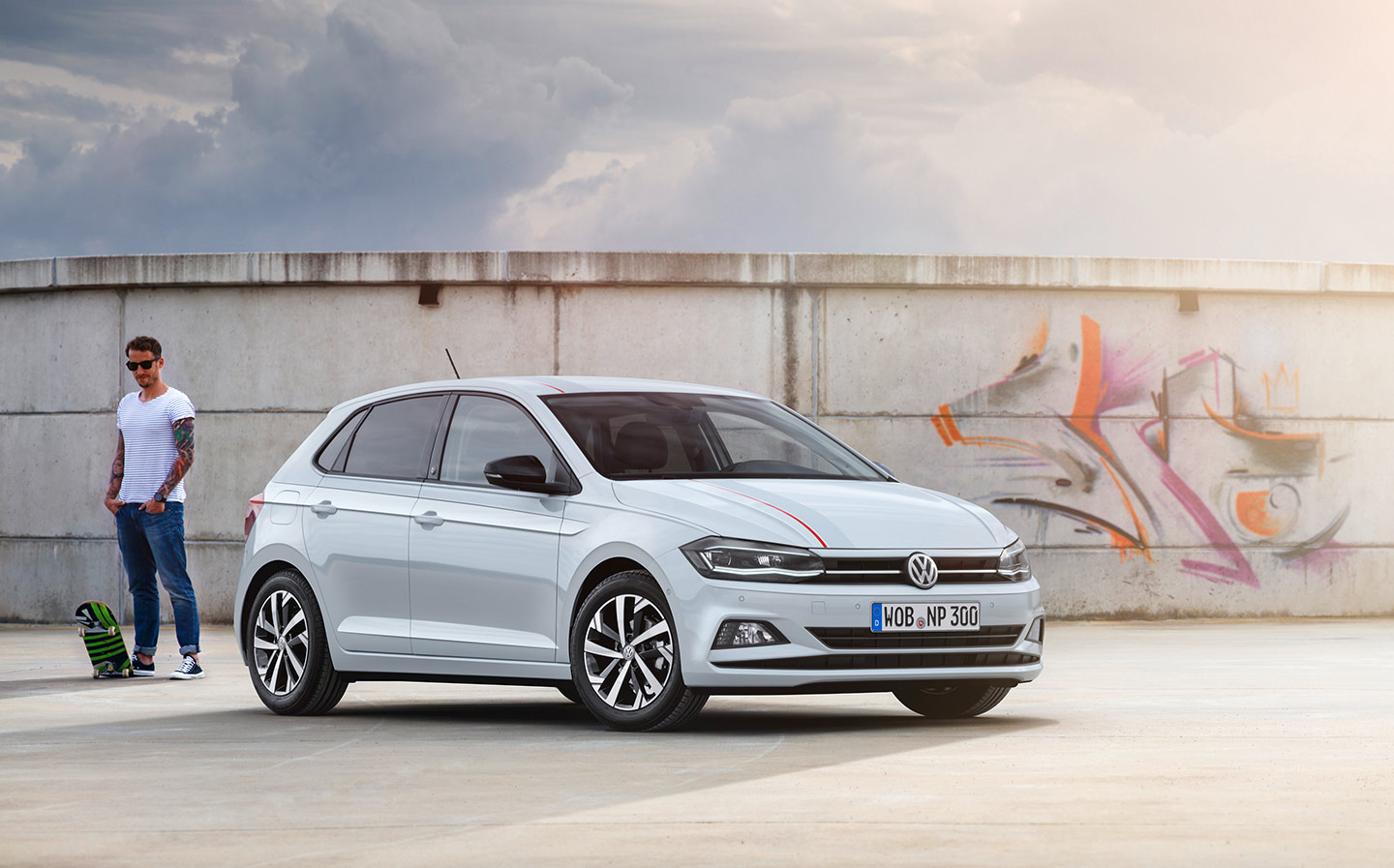 By Richard Porter
Share Article
If you want a smaller Golf, get an Up!
At a glance
Pros
Quality of interior
Comfort
Peppy 3-cylinder engine
Cons
Soft handling
Beats trim is a little try-hard
Pricey enough to push you towards a Golf
Specifications
Cars > Volkswagen > Polo Hatch

WHAT IF you fancy a Golf but don’t need a car that size? That’s where the Polo comes in. It’s the Golf you can drive between meals without ruining your appetite — and they’ve just come up with a new one.

What’s it like? Well, quite like a Golf except not quite as nice looking, being blighted by a weird double line below the side windows that from some angles looks stuck on and from others resembles light accident damage. But in most other respects, it’s Golfy. The doors close with a warm and reassuring thud. The little slide wheels that modulate air flow from the vents have a crisp and delightful click at each end of their travel. The clutch pedal has a clear and defined stop at the top and bottom instead of hanging limply from its bracket.

No other mainstream car maker sweats these little details as well as Volkswagen. The former VW overlord Ferdinand Piëch once observed that if you give the glovebox a nice soft lining, customers will think: “Wow, if they’ve done that in here, what must the inside of the engine be like?” Well, the truth is, it’s like the inside of everyone else’s engine. This is all a sleight of hand to make a car feel reassuringly well engineered.

Surveys suggest that a Toyota or a Honda will probably be more reliable, and I’m certain there are other car makers that put just as much effort into safety, but the immediate feeling you get when you sit in a VW, whether for the first time in the showroom or for the 1,000th time after you’ve owned it for three years, is of quality and strength.

This new Polo is straight from that playbook and the act doesn’t drop on the move, because all the key controls operate with a silken smoothness that suggests each is lubricated with a gossamer-thin layer of the very finest and most expensive oil. For a small car, it’s extremely polished and refined. The ride is good and there’s a sense that everything has been carefully and considerately damped down with rubber and foam. If you’re the sort of helmswright that likes to fling a car about a bit, you’ll note with disappointment that this feeling extends to the handling, which is safe but a little soft and unexciting. For normal people in normal driving, it’s of no concern.

“When big, stuffy companies attempt stuff like the deal with Beats it comes off as unconvincing, like Jacob Rees-Mogg in a baseball cap shouting: ‘What ho, youths! Do you like rapping music?'”

This particular Polo’s engine is more interesting, having three rather than four cylinders, which bestows on it a nice, high bibbling sound, like the noise you might make by blowing air between flaccid lips in an attempt to amuse a baby. It’s not loud but it is noticeable and quite amusing as a result. Three-cylinder engines can be a bit rough and buzzy because of their inherent imbalance but VW has somehow smoothed this away, leaving only the funny noises and, since there’s a little turbo, a surprising gutsiness. The motor brings personality to what would otherwise be quite a prim and starchy car.

It’s certainly more successful than the attempt to bring zing to the matronly Polo formula with its Beats trim level, named after the bass-heavy, red-cabled headphones company. The centrepiece is an uprated audio system, operated through an extremely glossy and impressively responsive touchscreen. It’s a nice bit of kit and one that hooks into your phone through Apple CarPlay or Android Auto.

The other Beats trimmings are less impressive, comprising an off-centre stripe up the bonnet and roof, a B badge on the door pillars and some light-coloured plastic for various parts of the interior that, on the one hand, is a welcome relief from the usual black and, on the other, is a bit too reminiscent of a 1970s hearing aid.

I guess VW is trying to impress young people but when big, stuffy companies attempt stuff like this it comes off as unconvincing, like Jacob Rees-Mogg in a baseball cap shouting: “What ho, youths! Do you like rapping music?” Anyway, while many young people can stretch to a pair of £200 headphones, far fewer can run to a new car, especially when the Beats, even at entry level, costs £15,680 or, as tested with metallic paint, more power and a few other options, an alarming £19,020.

That is a lot of money for a Polo, no matter how thuddily its door shuts and how inky and silken its touchscreen. In fact, it leads me to ask: if you want a small VW, are you sure you need a Polo? It’s not even that small any more, being larger in every dimension than the Mk 2 Golf from the 1980s. Perhaps you’d be just as happy with the splendid VW Up!, which is a genuinely small car, features all the thunk’n’click superficial quality we want from a VW, and can be had from just £9,320. Heck, for £13,750 you could have the tremendous GTI version.

No, no, you say, I need a bit more room. Which is fine, but if you’re willing to spend the upper teens on a new car, or delve into whatever monthlies that means on a finance or lease package, have you considered asking what deals your VW dealer has going? By which I mean, instead of a slightly shrunken Golf, why not just get a Golf?

Richard Porter is script editor of The Grand Tour and the man behind Sniff Petrol.