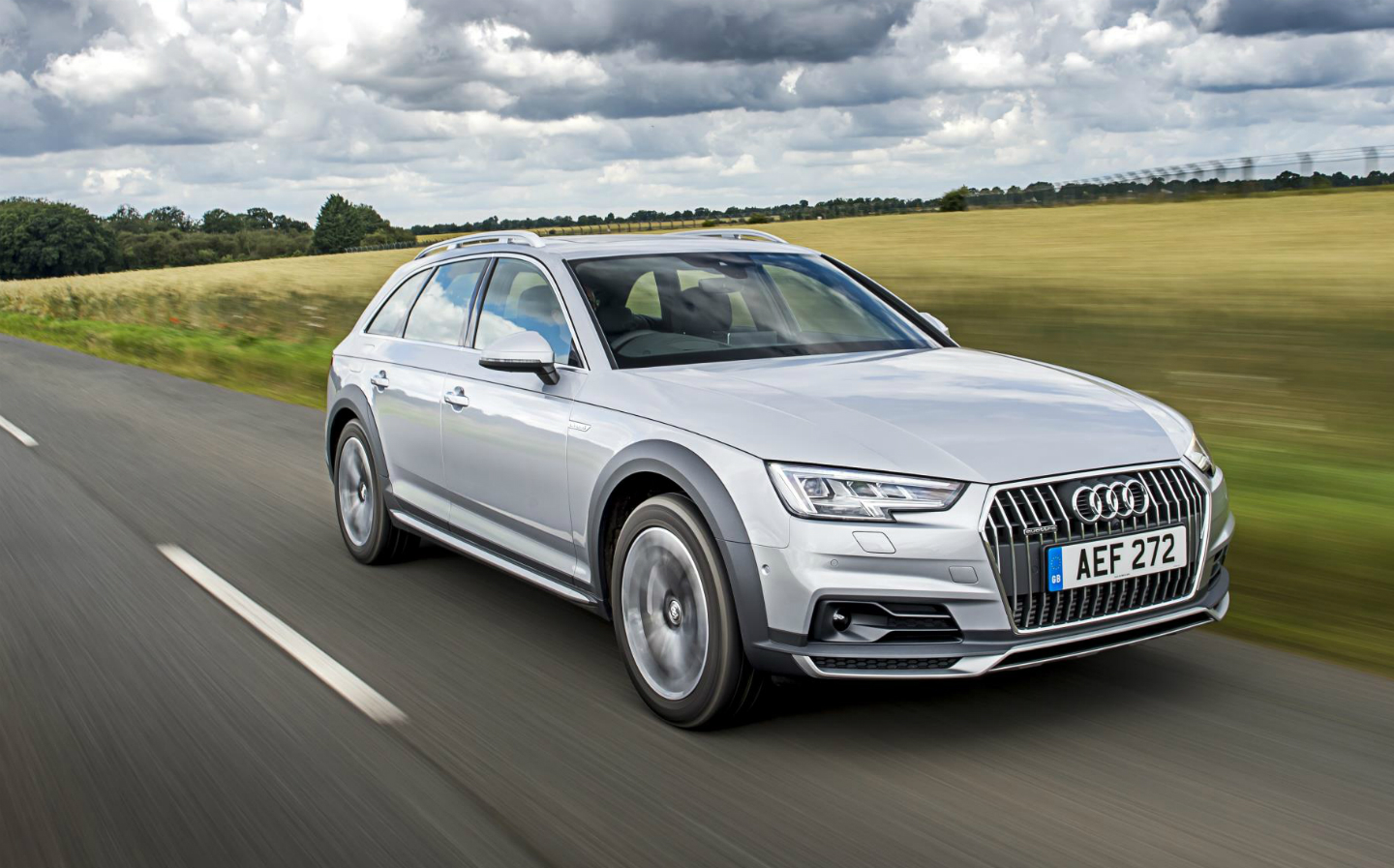 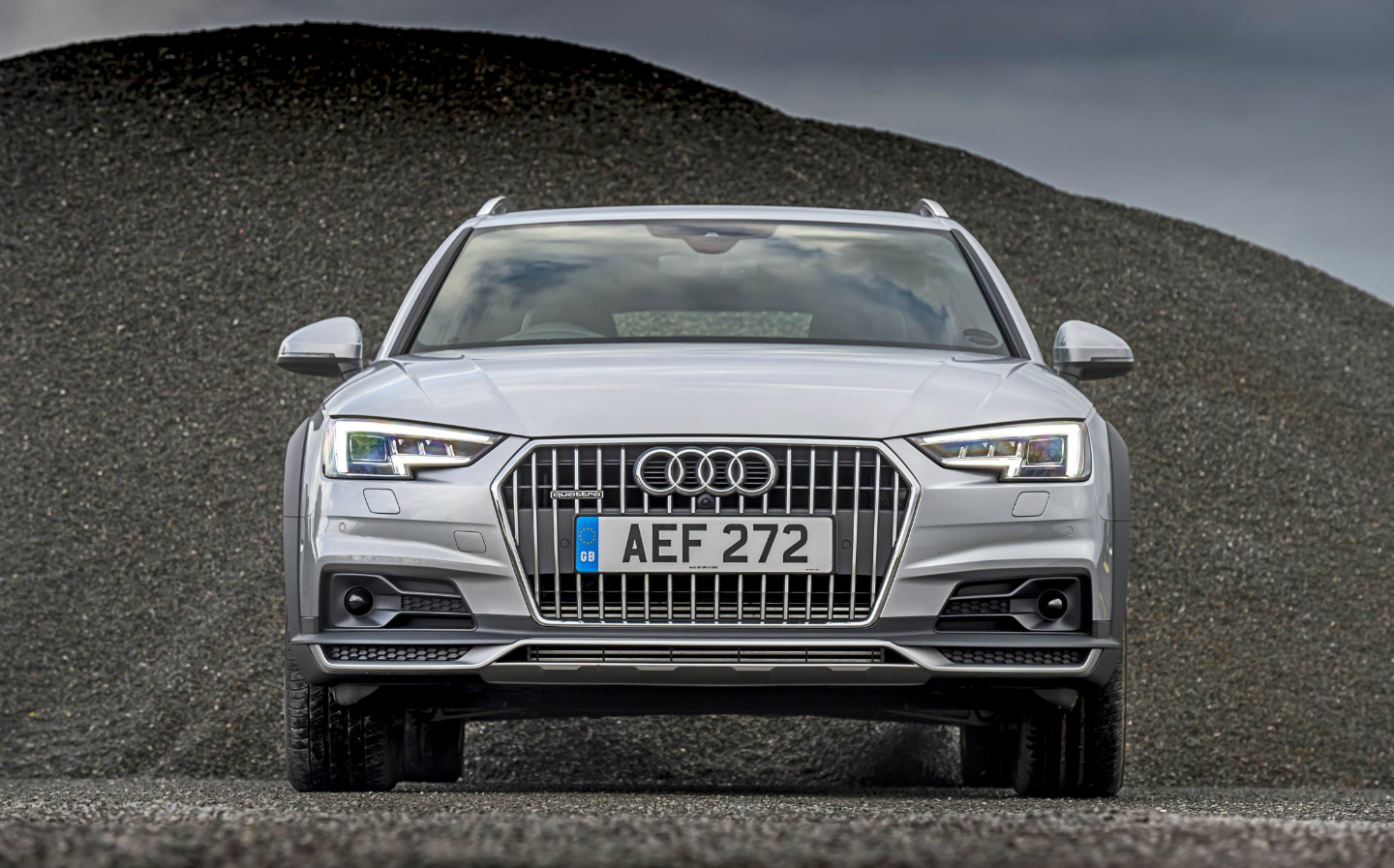 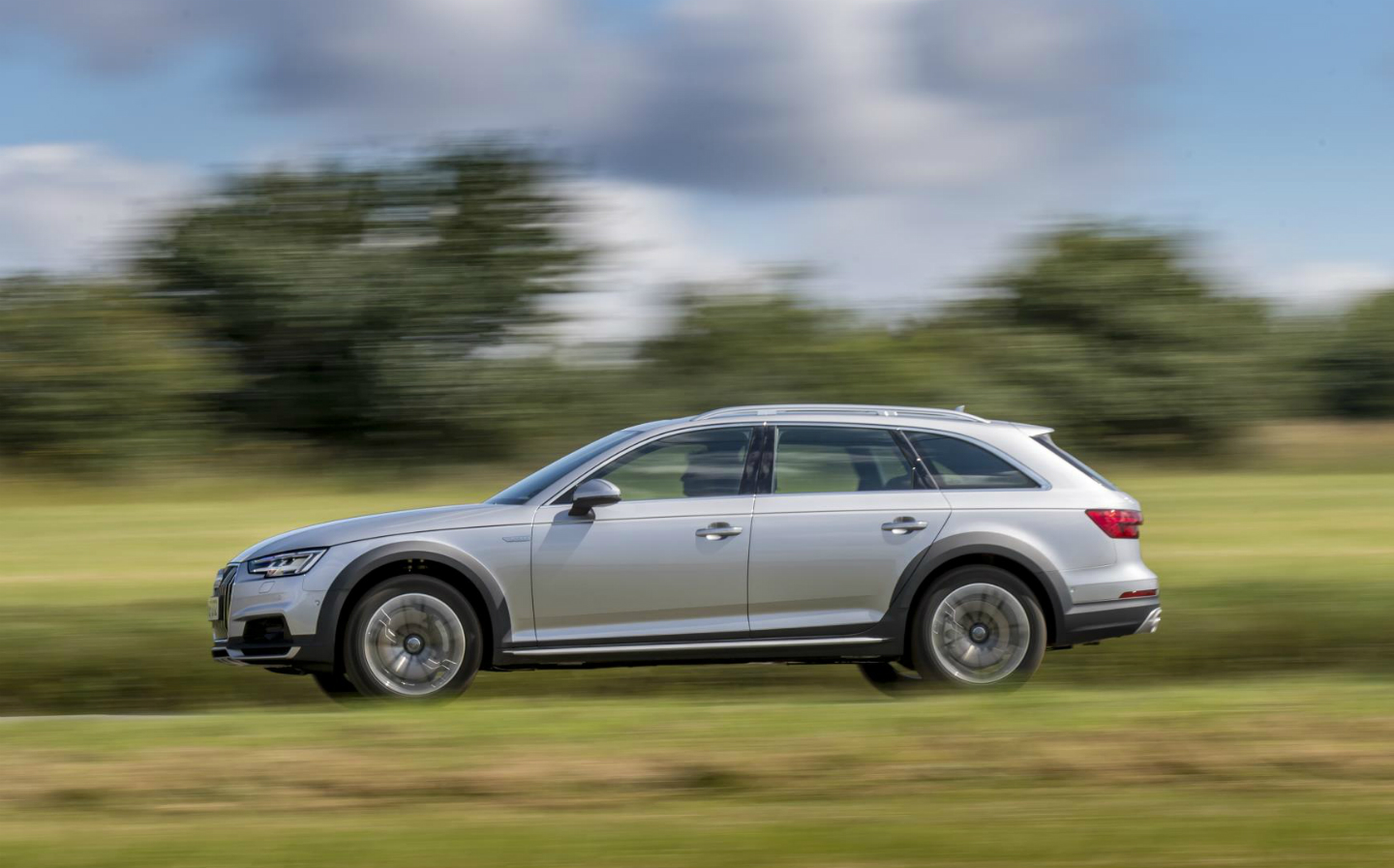 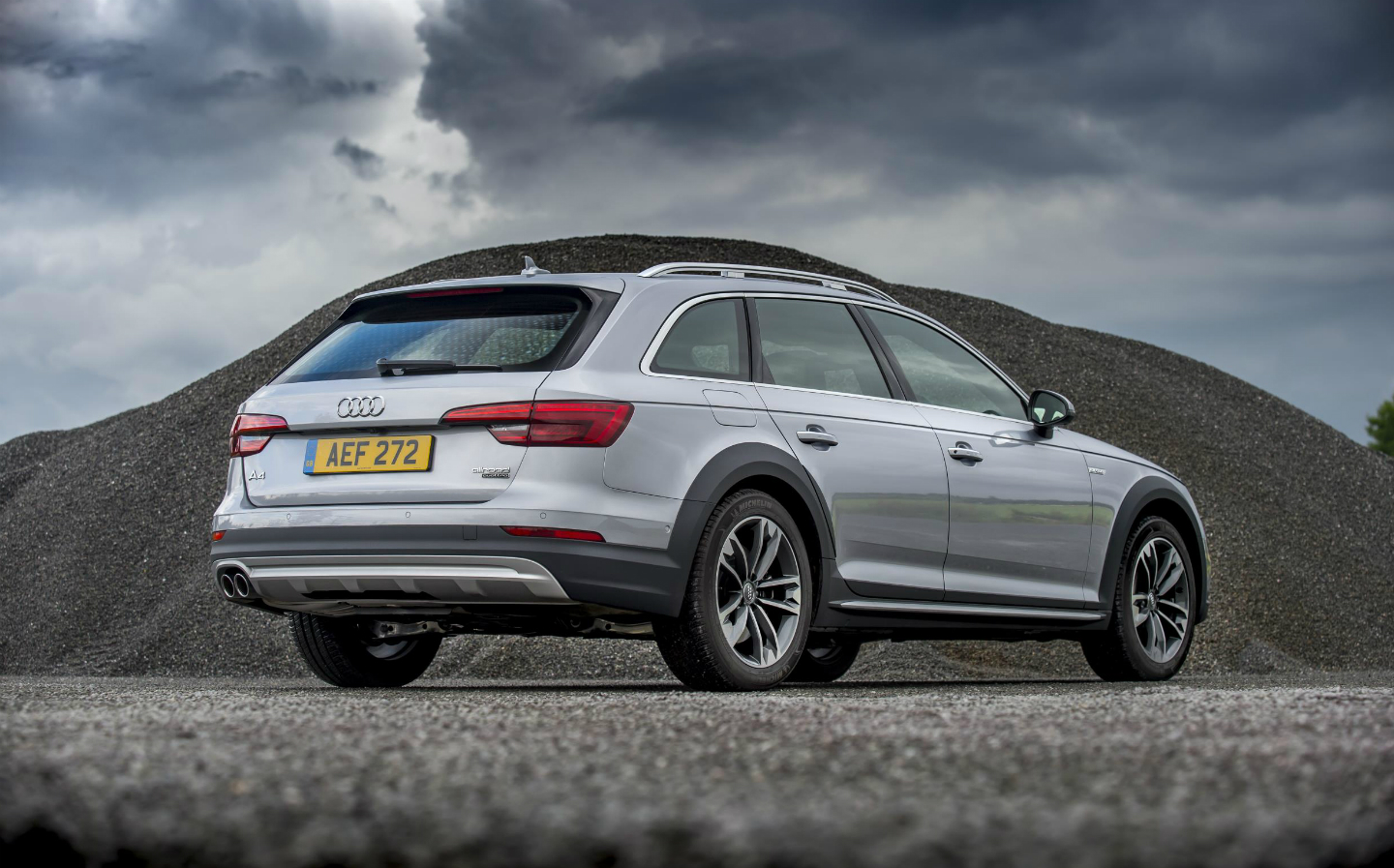 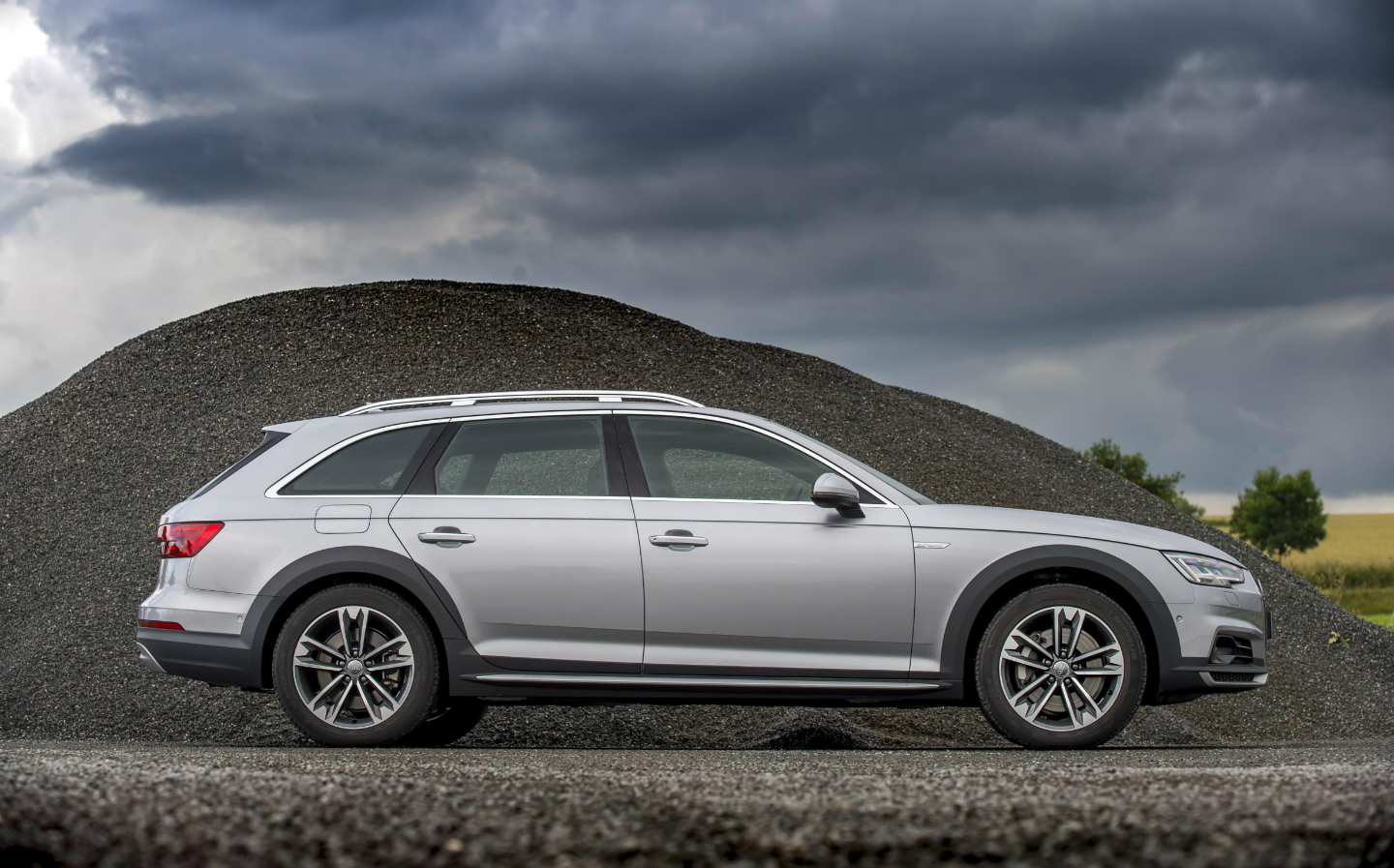 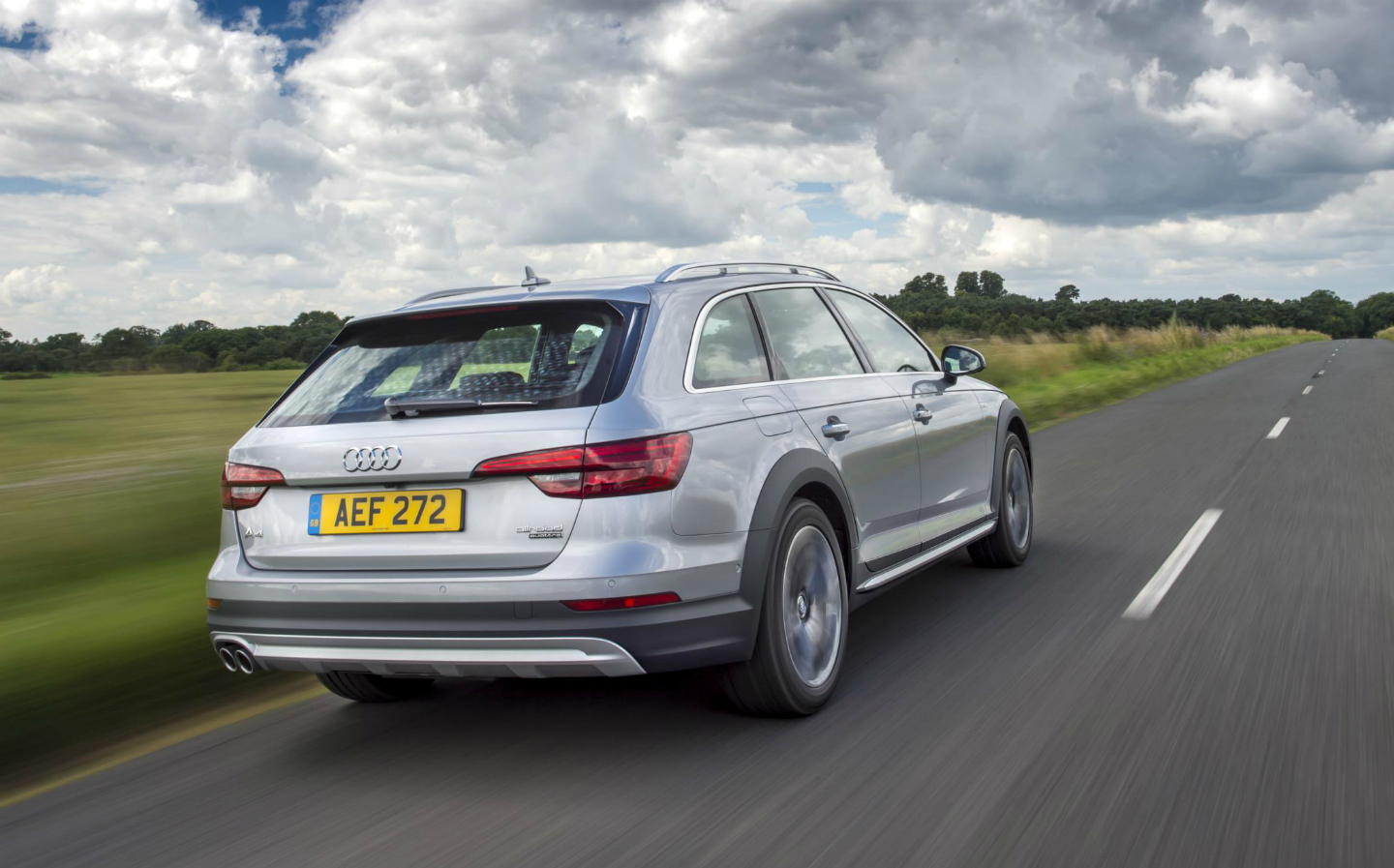 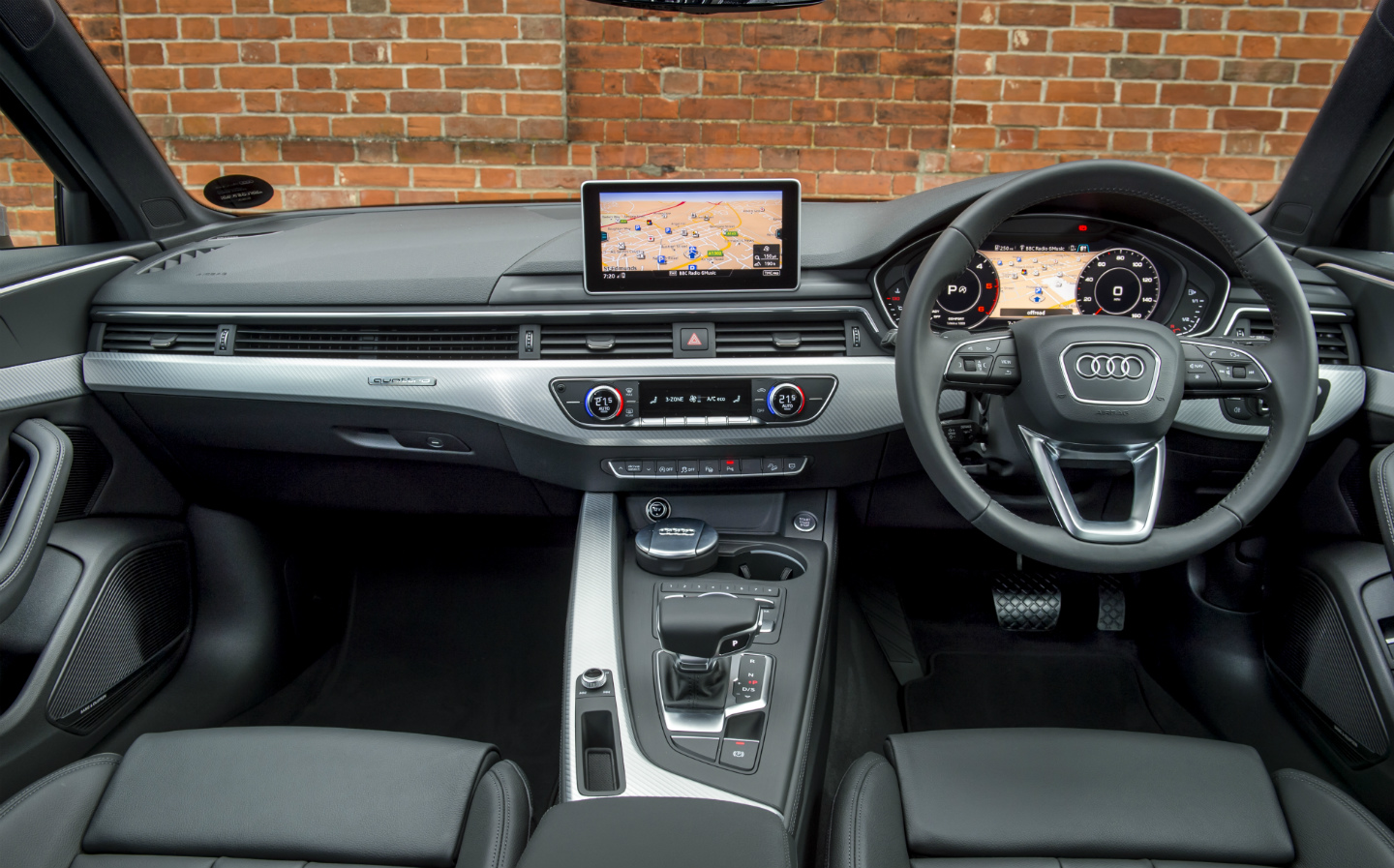 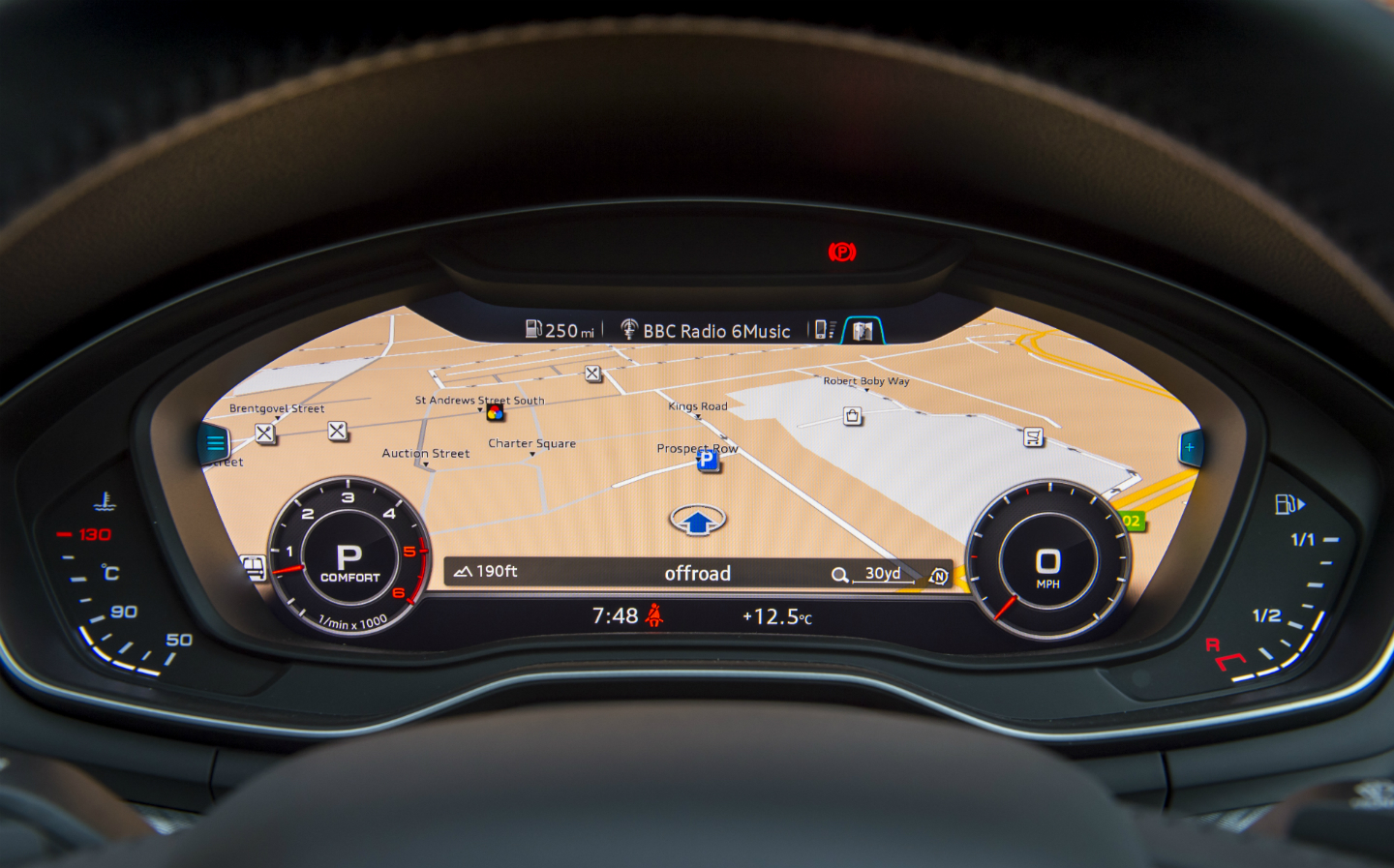 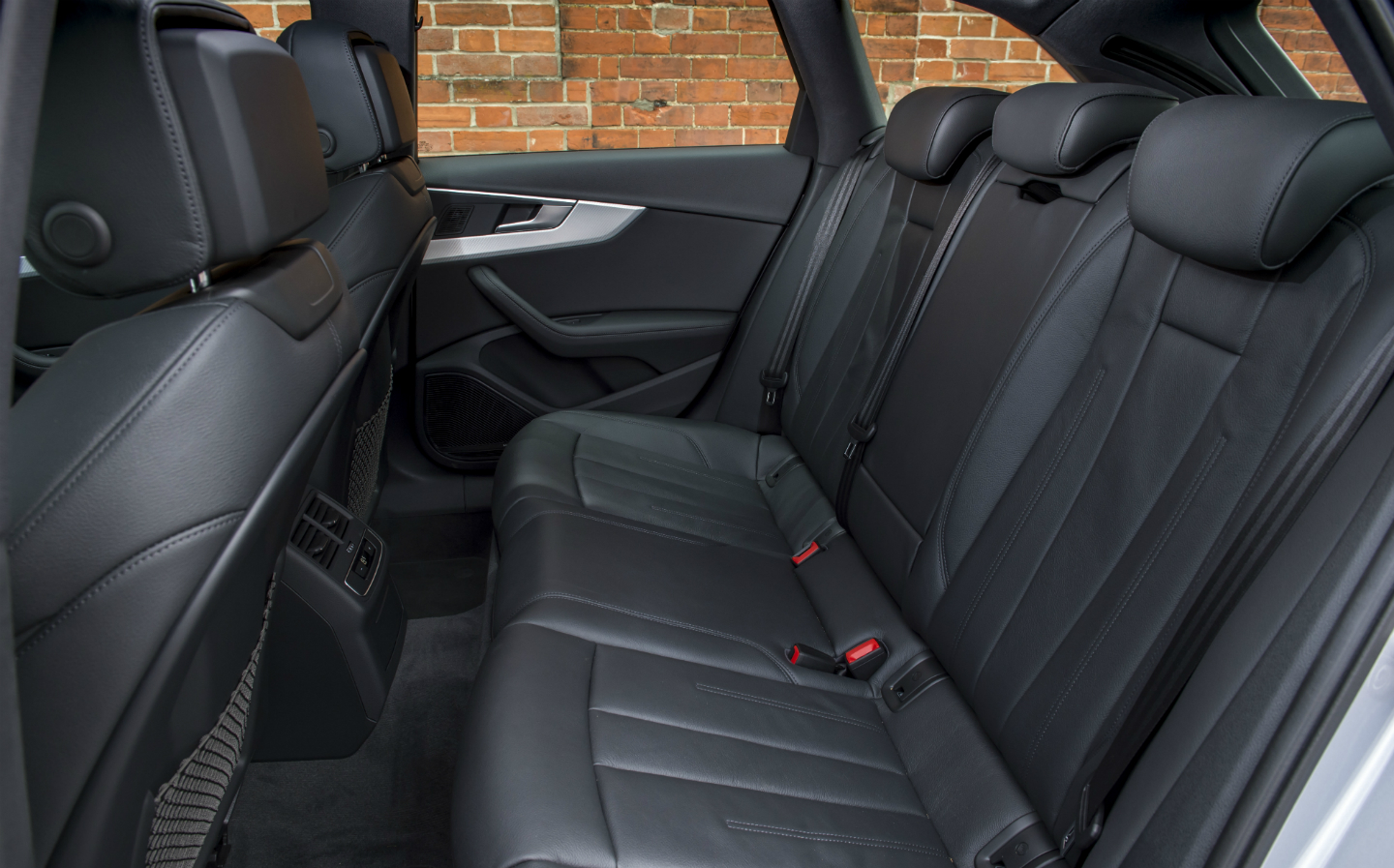 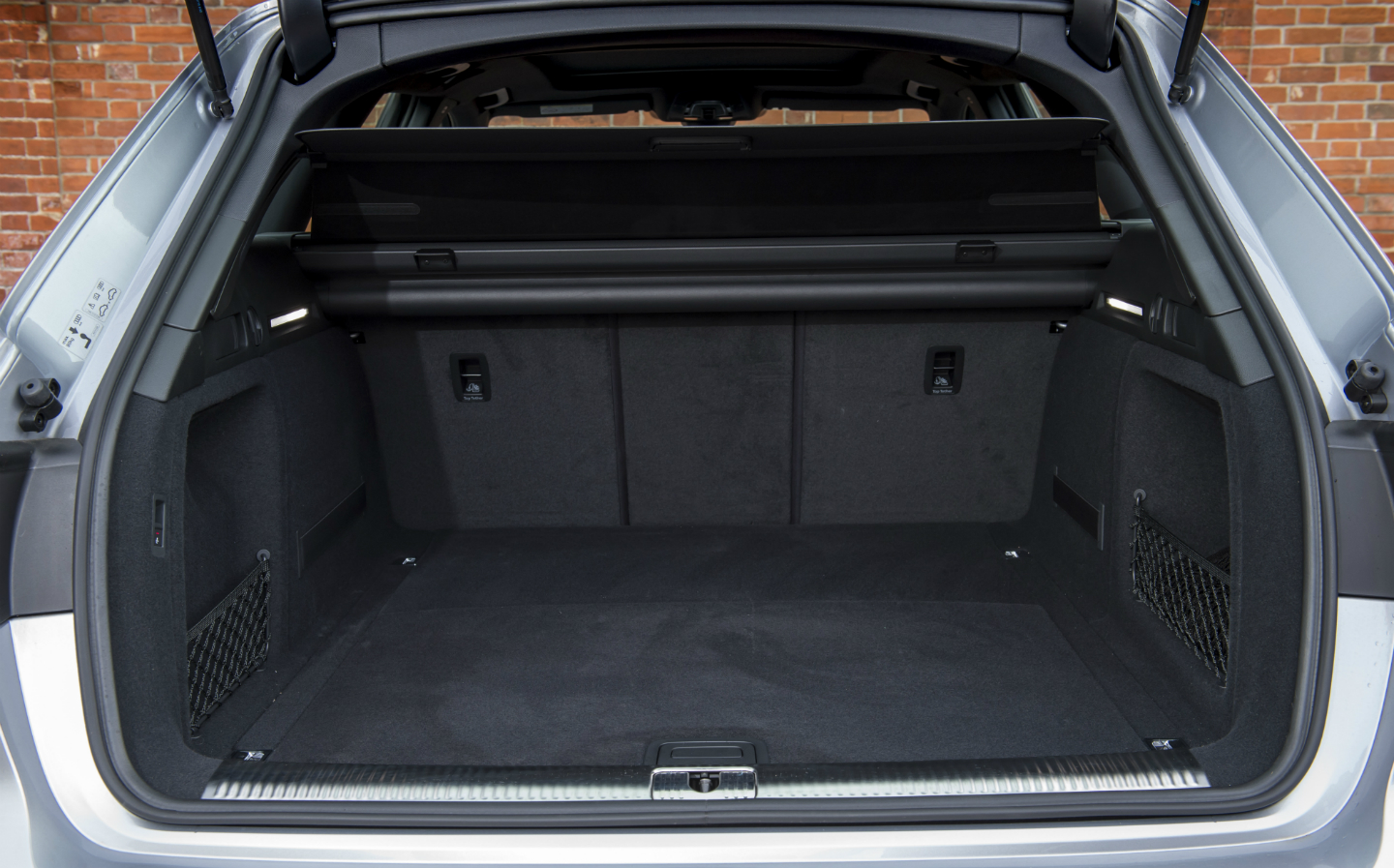 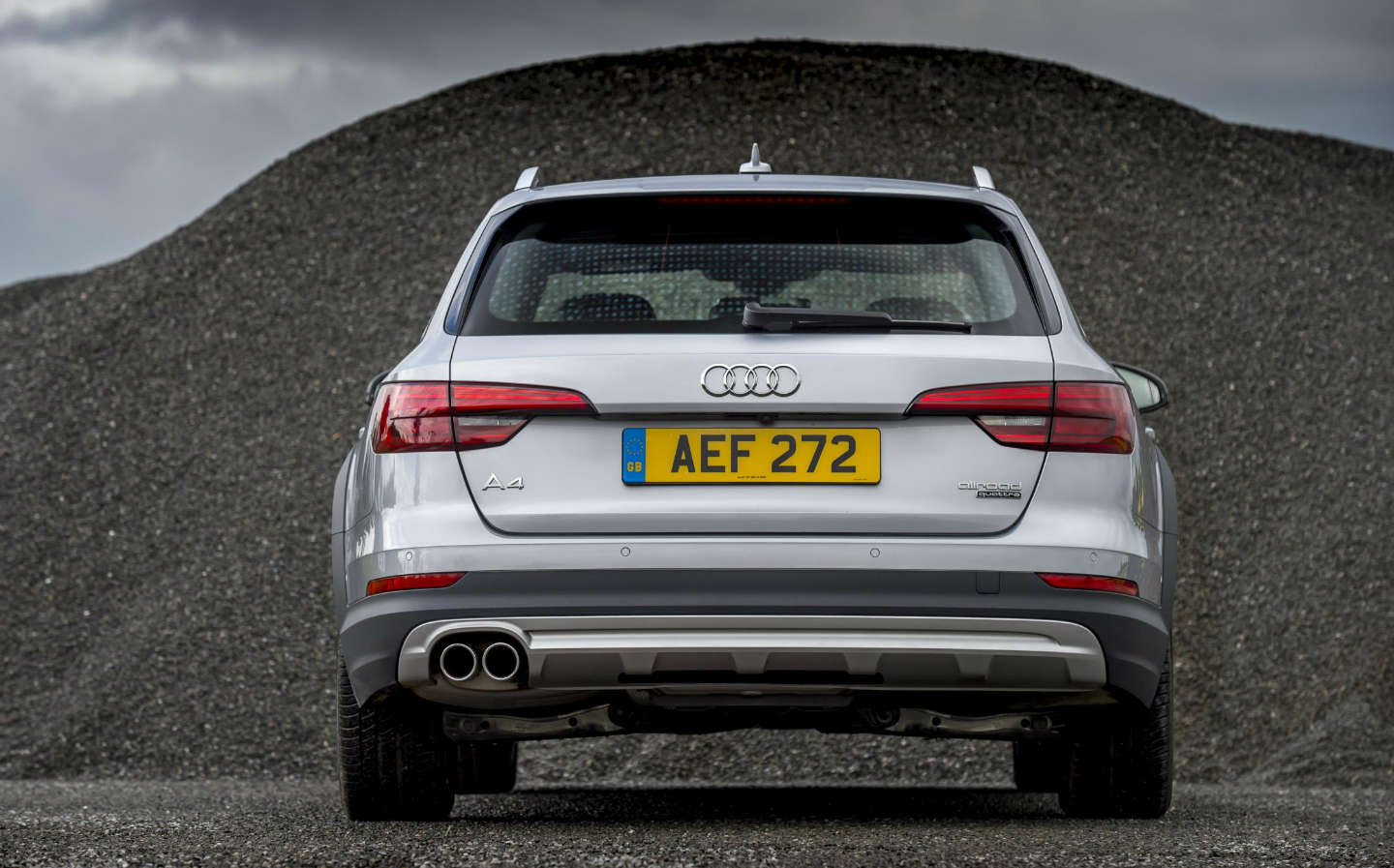 DO YOU shudder at the sight of the packs of SUVs that prowl the roads during school-run hours? Perhaps you’ve caught yourself muttering something about other drivers’ insecurities? Or pondered how on earth anyone affords the fuel bills of a gas-guzzling Chelsea tractor? And let’s not get started on the polluting emissions …

If any of this sounds familiar, Audi would like a moment of your time. Years before the thought of building an SUV had entered its engineers’ heads, the German car maker took a standard A6 estate, raised the ground clearance, fitted chunky tyres and four-wheel drive and finished the bodywork off with a touch of plastic armour: the result was the A6 allroad.

It was, and remains, an estate car with just the right amount of go-anywhere hardware for drivers who didn’t always stick to the road.

View the used Audi A4 allroads for sale on driving.co.uk

So, whether you lived on a farm, spent the weekends towing horseboxes or were simply fed up with struggling through the worst of the winter weather, the A6 allroad was the family car you could count on.

Ten years later a smaller sibling joined the family — the A4 allroad, in 2009. Now we have the second-generation model, launched earlier this year and based on the latest A4, a car that Jeremy Clarkson described as being so well turned out that trying to fault it is “as hard, really, as niggling about your Pizza Express American Hot”.

Both little and large allroads are an antidote to big, brash SUVs. The A4 allroad starts at £36,010 for a 2.0 TDI with 187bhp, a seven-speed automatic gearbox, quattro four-wheel drive and 57mpg.

For those who give diesel power a wide berth, the 2.0 TFSI petrol version, with 249bhp, is £37,725. These prices make the adventure-ready estate only an option or two cheaper than Audi’s latest Q5 SUV.

The petrol version, which we tested, has what Audi calls “quattro on demand”. It will proceed in two-wheel drive until wheelspin is detected, upon which some of the power is diverted from the front to the back wheels. The switch is so immediate that we were never able to detect it. When you need the security of four wheels gripping the road, it’s there.

The system improves fuel consumption, Audi says, and will be introduced to diesel A4 allroads in due course. We averaged 40mpg in our time with the car, although that was mostly on main roads. Nonetheless, it’s impressive, given the official combined-cycle figure is 44mpg.

The Audi Drive Select system changes the settings of the transmission, steering, suspension and so on to suit the driver’s needs. A new feature is an Offroad mode, which primes the car’s controls and four-wheel drive for more challenging terrain.

Two options likely to catch the attention of A4 allroad buyers are the “allroad suspension with damping control” and the “trailer pack”. The former costs £900 and lets the car, or the driver, vary the dampers between comfortable and sporty. The latter costs £1,150 and includes an electrically operated towbar and automated reversing system that steers for the driver; we’ll know if it works because we won’t see Audi drivers hanging their heads out of the window and cursing under their breath as they strain to get a better look while reversing.

The allroad’s ride comfort is a high point. Broken road surfaces are smoothed out, yet it doesn’t wallow at speed. The steering and handling are reassuringly secure, if not in the slightest bit exciting.

Perhaps the car’s strongest point, though, is just how quiet it is. The four-cylinder petrol engine is generally unheard, with just a crisp rasp at the top of its rev range, and at main-road speeds there’s precious little noise from the wind or the tyres either. Add to the mix a responsive seven-speed automatic gearbox and this is a seriously comfortable machine for long-distance runs.

It’s quick too: the 0-62mph sprint takes just 6.1 seconds. But this car does not lend itself to boy-racer shenanigans but encourages a relaxed approach.

The boot isn’t the biggest, but at 505 litres with the back seats in place, it gives enough room for a week’s worth of luggage and the Labrador

On the inside, it’s much like a standard A4 Avant. That means it appears to be exquisitely made, the front and back seats are comfortable and there’s enough room for a family of five.

The boot isn’t the biggest, but at 505 litres with the back seats in place, and 1,510 with them folded down, it gives enough room for a week’s worth of luggage and the Labrador. And it comes with one-touch seat-folding buttons, a powered tailgate and an electrically operated luggage cover with dividing net.

If an SUV isn’t your style but you want a car that’s made up to great escapes, the A4 allroad makes a strong case for itself. It looks as athletic as a pair of Nike cross-country running shoes and, importantly, can deliver on its promises. And allroad Audis tend to hold their value well, making them a shrewd purchase.