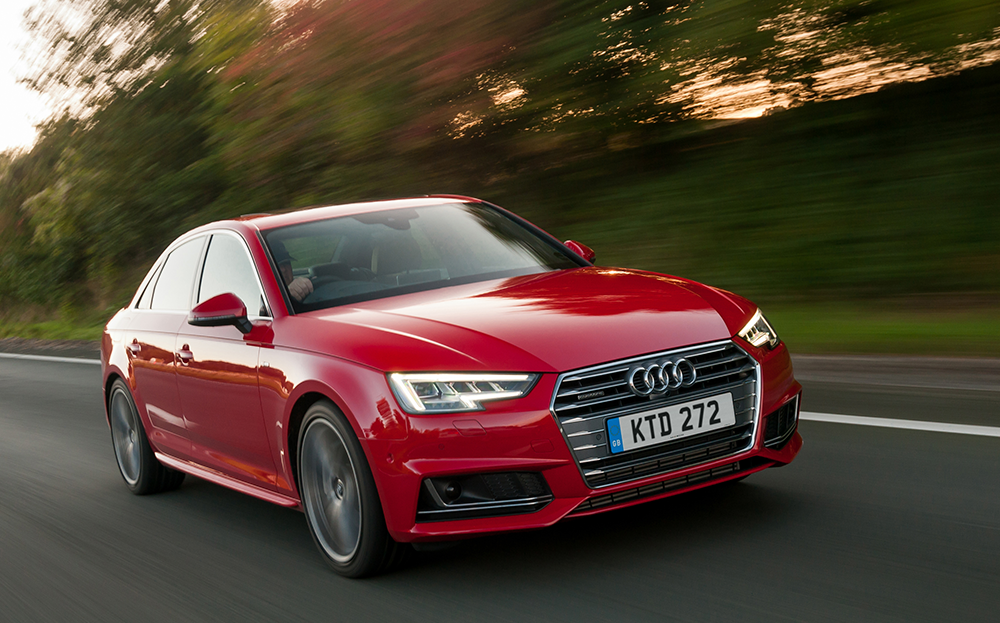 TOWARDS THE end of the 18th century a chef in the Italian city of Naples decided that he’d like to invent an easy way for the locals to eat their food when there was no cutlery to hand. Presumably, he had encountered a haggis and decided that, while the idea was sound, the execution wasn’t.

So then he looked at the pasty, which, he’d heard, could be eaten even by people with sooty hands in a mine. But there was a problem with that too. A meat pie would work in a country where there was rain and flabby people who would be happy later on to drive around in a Morris Marina. But it would not work, he reckoned, in a country that had given the world Rome and the Renaissance and would go on to provide it with Ferrari and Alfa Romeo.

Having looked at a burger and decided it was far too American, he came up with the pizza. And I presume that, having created the base, he experimented for several years before deciding that the topping should be made from cheese and tomatoes. In the next 200 years every chef would refine and hone our Neapolitan friend’s original design until one day someone came up with the American Hot, and that was that. The pizza was finished. Perfect. Unimprovable. Move on.

But people didn’t move on. They kept coming up with new designs and new toppings. Adding leaves and weeds and lumps of buffalo garnished with guillemot. They went for cheeses that have no place outside the fridge of Blur’s bassist and cooked them in ovens that filled the restaurant with the pungent smell of a forest fire. 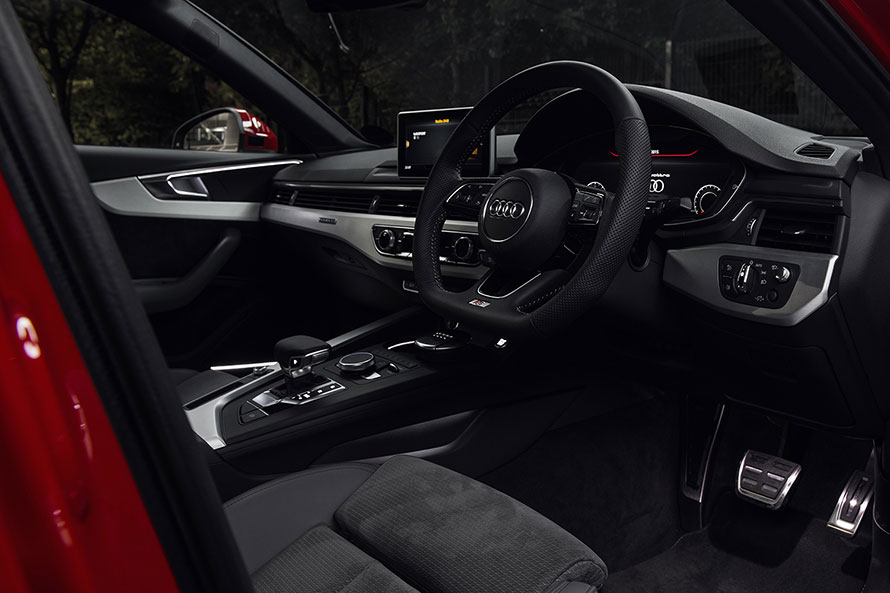 The American Hot is pretty much where we’ve got to in the world of cars with the new Audi A4. The idea of personalised mobility using internal combustion was dreamt up by Karl Benz, and for the past 130 years everyone’s been fiddling around with his original concept until we’ve arrived at the point where there’s nothing left to do. Except think of a new concept.

It’s almost impossible to review the A4, because there’s almost nothing to say. The boot is big enough for your suitcases, the doors don’t fall off when you go over a bump, the dashboard is laid out to look like a dashboard and the 3-litre turbodiesel engine in my test car hummed like a contented monk. You may think that the engines in all modern saloon cars hum like contented monks, but the humming in this Audi seems to be coming from very far away. It is remarkably refined. Astonishingly so, in fact.

Audi had obviously been paying attention to the weather forecast and supplied the car on skinny and knobbly winter tyres that until recently would have sat in the mix in the same way as a large turd would have sat on your American Hot. But not any more. They were quiet and grippy, even when the weather was nowhere near as frosty as the overexcitable Met Office had predicted.

Because the snow terror and the ice chaos never arrived, I had a good whizz about in the Audi and can report that, even though it is whisper quiet, it’s startlingly fast. Not that long ago BMW M5s had such performance figures. And it’s a diesel.

Niggles? It’s as hard as niggling about your Pizza Express American Hot. Only people who write on TripAdvisor could do that. And that lot are so mean and bitter, they’d even find fault, publicly, with their wife’s breasts

It handles nicely too. The quattro badge may have begun in the forests and on the icy tracks of the world rally calendar, but it quickly became nothing more than a marketing tool, a handle that sounded cool and interesting but actually gave your car handling that was woollier than a Swede’s jumper. Not any more. Thanks to all sorts of clever-clever electronics, the quattro now feels how a quattro should feel. And never has.

It’s the same story with the comfort. As recently as five or six years ago Audis didn’t ride properly. They jiggled and pittered and pattered. A road that in most cars was billiard-table smooth was a ploughed field in an Audi. But not any more. Now you glide.

This car is so magic-carpetish that you may nod off, but that’s OK because up to 37mph in a city there is an option that lets it drive itself. Outside the city it can steer itself down the motorway and stop if the car in front stops, and all while you’re sending a text. It also knows where it’s going, and because the monk up front runs on diesel, you’ll be able to get from London to Scotland and back without stopping for fuel.

Niggles? It’s as hard, really, as niggling about your Pizza Express American Hot. Only people who write on TripAdvisor could do that. And that lot are so mean and bitter, they’d even find fault, publicly, with their wife’s breasts. 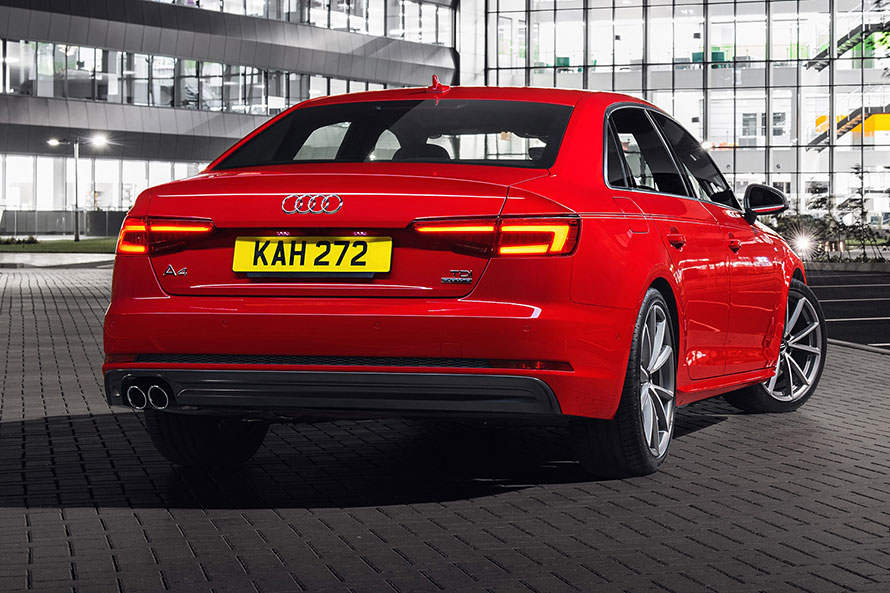 I could tell you the sat nav graphics are a bit Mothercare and I don’t need a warning buzzer to tell me that the door is open. I know it’s open because I just opened it. And, er, that really is pretty much all.

The only genuine gripe is the price. A base-level 3-litre TDI A4 quattro is knocking on the door of £36,000, which is a lot for a car that, let’s not forget, started out in life — in the form of the 80 — as a rival for the Ford Cortina. I can’t say for sure because life’s too short to work it out, but I reckon the car I drove, which was fitted with quite a few choice extras, would cost in excess of £50,000.

This may cause you to wonder if perhaps you would be better off with a BMW or a Mercedes or a Jaguar instead. Well, that’s up to you. Because the truth is that their mid-sized saloon cars are all pretty good as well. The Jaguar XE especially. It’s surprisingly excellent, that thing.

It’s a car, filtered and refined and honed so that every last little foible and idiosyncrasy is gone. It’s everything a car can be and should be, and as a result it’s a little bit dull

Or maybe you want to wait and see what Alfa Romeo’s Giulia will be like. That’s the car I’m most looking forward to driving this year. Mostly because I just know there will be loads to say about it.

And that really is the Audi’s biggest problem. There isn’t. It’s a car, filtered and refined and honed so that every last little foible and idiosyncrasy is gone. It’s everything a car can be and should be, and as a result it’s a little bit dull. There’s no flair, no pizzazz, no wow factor. It’s as characterful as a toaster.

What we need now, then, is no more development of the original idea. We’ve done that. We’ve achieved peak pizza. What we need now is new thinking, new means of propulsion.

Our man in Naples didn’t look at the pasty and think: “Oh, well, that’s that, then. It’s been done.” He started a new idea from scratch. It’s time for the car makers to do the same thing.