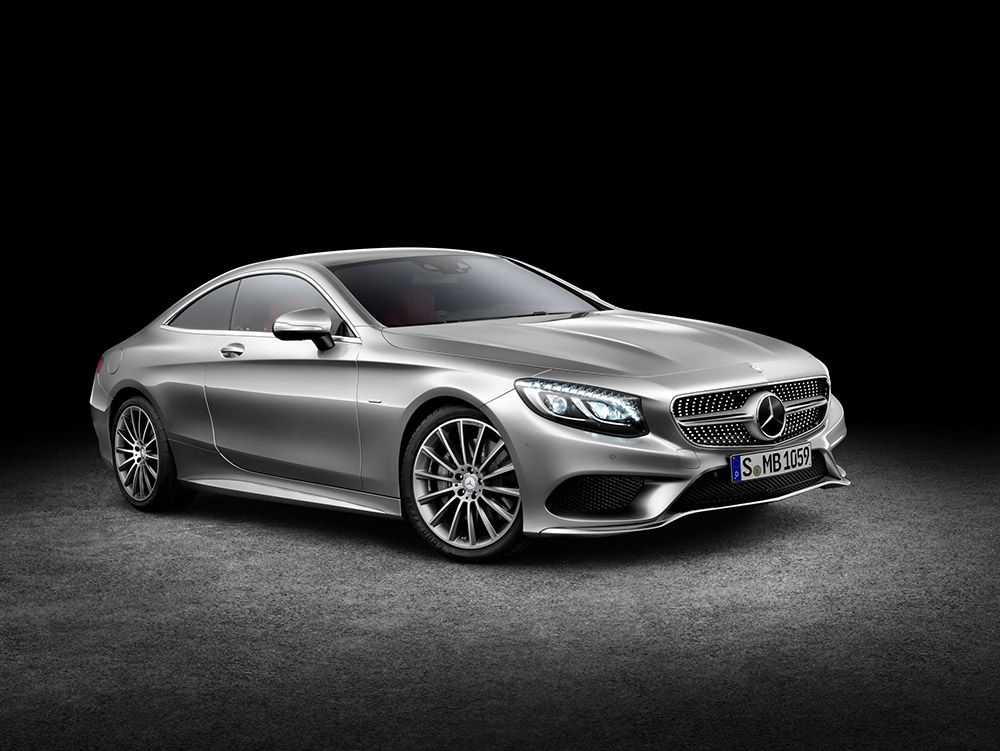 BEFORE MERCEDES embarked on its relentless drive for mass sales and started producing models for Herr Butcher, Herr Baker and Herr Candlestick-maker, it was best known for setting the benchmark for engineering excellence. The S-class saloon stood out at the very top of its class.

So Mercedes is making a bold statement by expanding the S-class name to include a two-door version — renaming the old CL the S-class coupé. Not only is it simplifying its confusing alphabet soup of abbreviations, it’s also sending out the message that this is the best two-door in its class. It must be luxurious enough to tempt drivers from Bentley and BMW, and exciting enough to win them over from Aston Martin and Ferrari. In short, the saloon is designed to be adept at chauffeuring, but the coupé is aimed at owner-drivers for whom performance is as important as pampering.

Search for and buy a used Mercedes-Benz S-class on driving.co.uk

In the past the launch of a new S-class (it’s an abbreviation for Sonderklasse, or special class) guaranteed the arrival of new, attention-grabbing features: airbags, electronic stability systems, pre-tensioning seatbelts, bienon headlights — the S-class led the way. Rival car makers would go away and try to improve their products to keep pace. The challenge for the engineers at Mercedes was to keep raising the bar.

In short, the saloon is designed to be adept at chauffeuring, but the coupé is aimed at owner-drivers for whom performance is as important as pampering

There are new marvels in this new coupé but you can feel that Mercedes is chasing a moving target. The climate control can be ordered with an Air-Balance package, which provides “fragrancing and ionisation”, but it’s suspiciously like a posh Magic Tree air freshener. 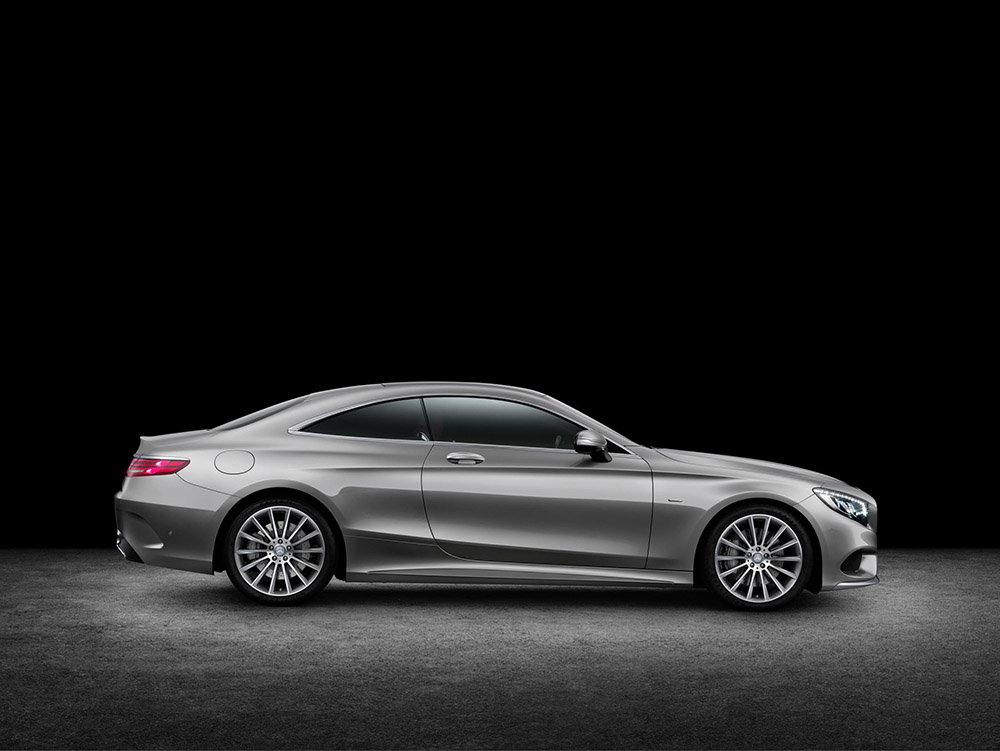 S-class customers were among the first to be treated to heated seats, then heated massaging seats, then a heated steering wheel. The coupé introduces heated armrests in the centre console and on the driver’s side. Mercedes says with conviction that it’s what customers want. Perhaps so, if you’re a Mercedes owner in a cold climate. What’s less clear is the point of the “47 Swarovski crystals” in the LED headlights. According to the blurb, this is an “optional aesthetic enhancement”, but at an extra £7,000 it looks like expensive bling and makes you feel as though you’re driving a tiara. Don’t be surprised if you see Petra Ecclestone in one.

There are refinements that make a real difference — most notably in the cabin. The new panoramic sunroof is claimed to be 1½ times as large as the old car’s sunroof. It floods the car with light and on a hot day there’s a button that can turn it from transparent to opaque. The interior is trimmed to even higher standards than the saloon. Options include quilted leather in ox-blood red that evokes the inside of a Jules Verne submarine. There’s a 10in touchscreen you can swipe to control infotainment functions and a nifty head-up display. Less hi-tech but of equal importance to many potential buyers, the back seat is spacious enough to accommodate two adults in comfort. 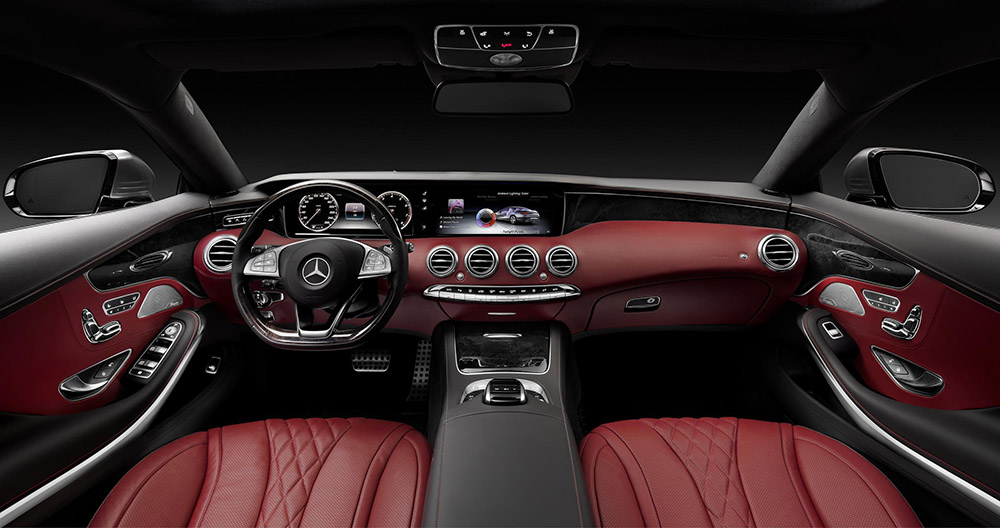 The Stop & Go Pilot comes as an option that uses an array of ultrasonic detectors, cameras and radar sensors to match the speed of the car in front of it, steer to stay in the lane and come to a complete stop. This is not a new system — it was an option on last year’s S-class — but considering that it’s essentially a robotic driver it’s had remarkably little coverage, when you compare it with the fuss over the recently unveiled Google car.

If there is a new Mercedes marvel, though, it’s probably the Active Curve system, which the company says could be the cure for car sickness. It comes as part of the Magic Body Control package — not a David Blaine illusion but a system for ensuring the smoothest of rides. Active Curve reads the road ahead using stereo cameras, plus input from the steering wheel, and leans the car into the bend to reduce the lateral forces on occupants. It’s undeniably clever and cuts lurching and wallowing, even on the twistiest of roads.

Is all this enough to put distance between the S-class and the competition? It feels more nimble than the Bentley Continental, and more upmarket than the BMW 6-series — but then at £96,000, the coupé prices start at the top end of the BMW’s price range; your money will buy a 4.7-litre V8 S 500, due in Britain early next year. It’s worth noting that the coupé is more expensive than the S 500 saloon (£88,395), which arguably offers more car for the money. 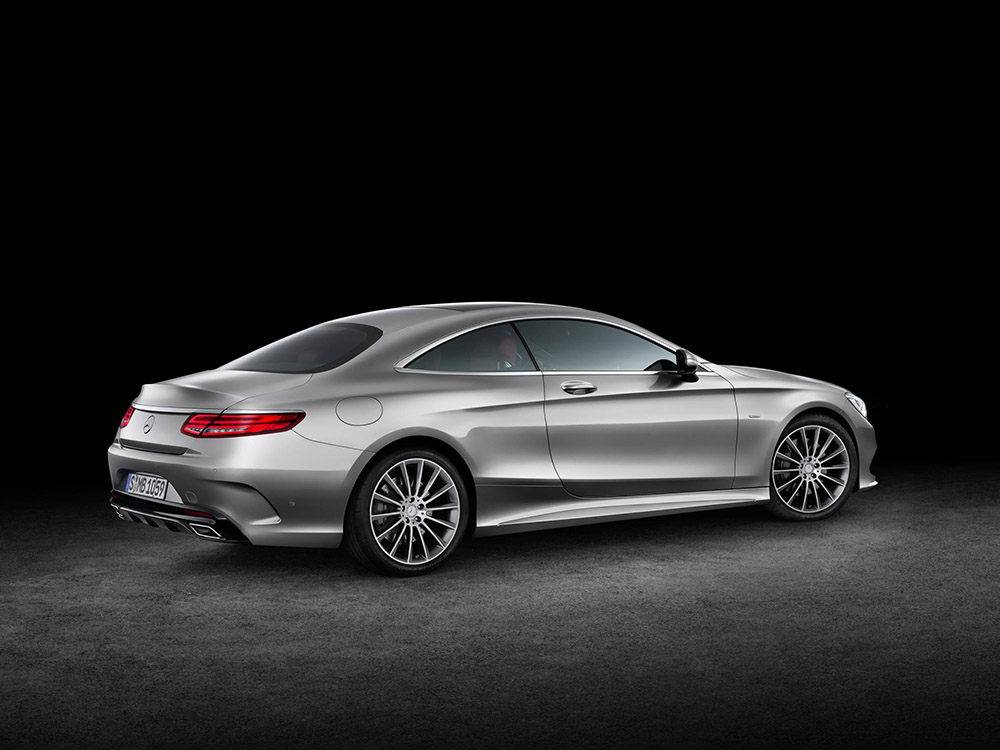 If you want to splash out, the £124,000 S 63 AMG uses Mercedes’ 5.5-litre V8 engine, rated at 580bhp and 664 lb ft of torque. With that much bite you’d expect it to be quick and it is. This is the one Ferrari and Aston Martin should be worried about. Sadly, Britain won’t get the all-wheel-drive version that will reach 62mph from standstill in less than four seconds, but the rear-wheel-drive AMG version that arrives here in the autumn will do the sprint in 4.2 seconds. That’s a shade quicker than its saloon counterpart (£119,835).

Gimmicks aside, the best feature of the new coupé is probably the sound. Flaps in the silencers open and close pneumatically to play the V8 exhausts like a symphony — you’ll want to turn down the Burmester stereo just to listen.

Eventually, the S-class coupé will be part of a family of six S-class models (there are two already, the standard and long-wheelbase saloons). There’s a forthcoming super-luxury Pullman — a replacement for the defunct Maybach. There may also be an estate and an SUV. Mercedes says it should be easier to remember its model names now that it has simplified its nomenclature by dropping the “CL”. Right, so now all you have to remember is the A-class, B, C, CLA, CLS, E, G, GL, GLA, GLK, ML, S, SL and SLK. Clear?

S express is a grand way to travel

BMW M6, £94,625
For Impressive performance and roadholding; cheaper than S 63 AMG
Against Lack of space in rear seats

Bentley Continental GT V8 S, £139,000
For Luxurious, spacious and practical cabin; four-wheel drive as standard
Against There will be no avoiding the attention it generates

Search for and buy a used Mercedes-Benz S-class on driving.co.uk