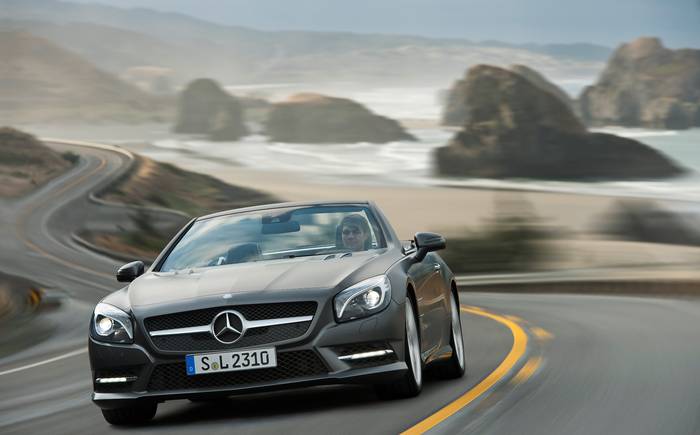 What is the Mercedes-Benz SL R231?

This latest incarnation of the Mercedes SL is the sixth generation to bear the initials that stand for Sport Leicht, although they haven’t been so leicht of late. That’s the key point of this new one: like Jaguar’s rival XK, it has a structure made almost entirely of lightweight aluminium, helping its powerful V6 and V8 engines to some very optimistic-sounding mpg and CO2 figures. (An official 37.7mpg for the 302bhp SL 350? Really?)

As with the previous model, the new one is a coupé-cabriolet although the posterior has grown plumper this time around. The styling is highly dramatic with its long bonnet, its wide grille, its vents and its slashes; functional understatement is no longer the Mercedes motif. You can have normal, sport or active body control (ABC) suspension, and there’s a 565bhp SL63 AMG version to top the range with a 5.5-litre version of the twin-turbo V8. As if 435bhp and 4.7 litres weren’t enough already.

Search for and buy used Mercedes-Benz SL on driving.co.uk 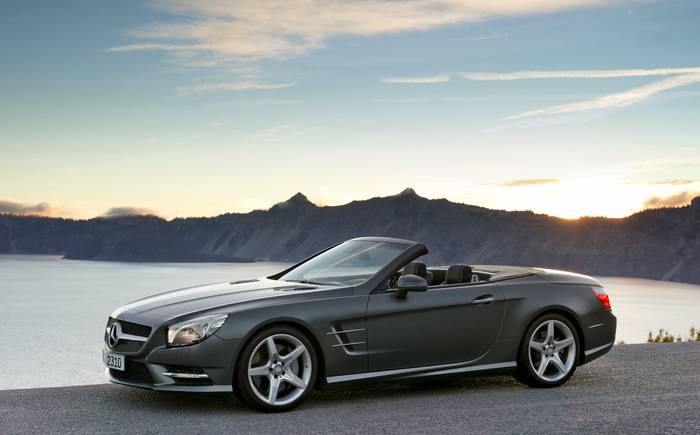 The SL is a dramatic-looking open two-seater designed to display its occupants in the best possible light, but it isn’t a proper sports car. There’s too much electronic interfacing for that, depriving you of a proper feel of what’s going on around you, but some will like the feeling of being in a luxurious bubble with just the wind rippling the hair and a gritty V8 soundtrack emanating from somewhere. The previous model felt more “real”, though.

We suggest you avoid the ABC suspension. It heightens that feeling of detachment from the road, yet it can’t cope with undulating terrain. The choppy motion that results combines with the V8 engine’s hyperactive accelerator response to send you down the road in a series of violent blasts. Most odd, but it does demonstrate the huge energy on tap in what is a wonderful twin-turbo V8. We haven’t tried the mad AMG or the gentler V6, but the SL 500 is likely to be the optimum version for most drivers — who are unlikely to find the 4.6 seconds required to hit 62mph too long a wait.

On regular suspension, the SL is a much more composed car which you can really enjoy once you’ve accustomed yourself to the darty, feedback-free steering. And with the roof up it becomes a cosy coupé with no detectable wind noise. The seven-speed automatic gearbox works with predictable precision and smoothness. 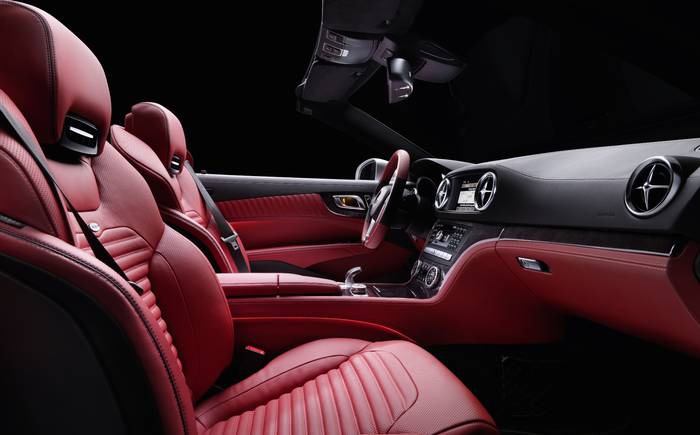 You sit low, almost hemmed in, but that adds to the videogame drama of the driving experience. With the optional Magic Sky roof you can still see the heavens when it’s closed, or alter its electrochromic glass to block out the sun’s rays. More enchantment is found in the Magic Vision Control, in which water sprays through jets on the leading edge of the wiper blades regardless of the blades’ direction of travel. And you get Frontbass speakers mounted in voids beyond the footwell. All is beautifully built from expensive substances, of course.