By James May
Share Article
A close second to my 458 Speciale. . . but then I would say that
Pros
Debilitatingly quick
They've made it sound good
Quality is improved over the 458
Cons
Some will miss natural aspiration
Feeble air con
What's with the weird door handle?
Cars > Ferrari > 488 GTB

SUPERCARS are completely irrelevant to humankind’s progress. So are lots of other things, but supercars especially so. They are indulgent, possibly arrogant, definitely fatuous, difficult to own without looking a bit of a plonker and, the argument goes, unusable in the real world. I love them.

Browse the Ferraris for sale on driving.co.uk

The real trouble is that a car such as the Ferrari 488 GTB, with its active aerodynamics, sophisticated slip control, electronic diffs and all the rest of it, is so capable that anyone below the rank of racing driver or factory test pilot will struggle to find what aviators such as Chuck Yeager called “the outside of the envelope”.

This has always been true of really high-performance cars, but recent Ferraris have left me feeling even more inadequate than supercar ownership would suggest. It doesn’t matter how alert you are to the visceral relationship between the machine and the human, there are aspects of the 488’s capabilities that cannot be understood by the quivering, panicking ball of ectoplasm that forms in your guts at the approach to that sharp right-hander at the end of the straight at Fiorano, Ferrari’s test circuit.

Like a Formula One car, the 488 really does work better the faster you go. That’s the idea. But movable aerodynamic surfaces and fiendish algorithms controlling the distribution of drive to the wheels are not things that can easily be felt. And so — curiously, given the amount of algebra deployed in its creation — driving the 488 anywhere near its limits becomes a matter of faith. You have to believe it will do it. It will. But I don’t. A set of preconceptions born on bicycles and cemented in everyday cars simply won’t admit it. 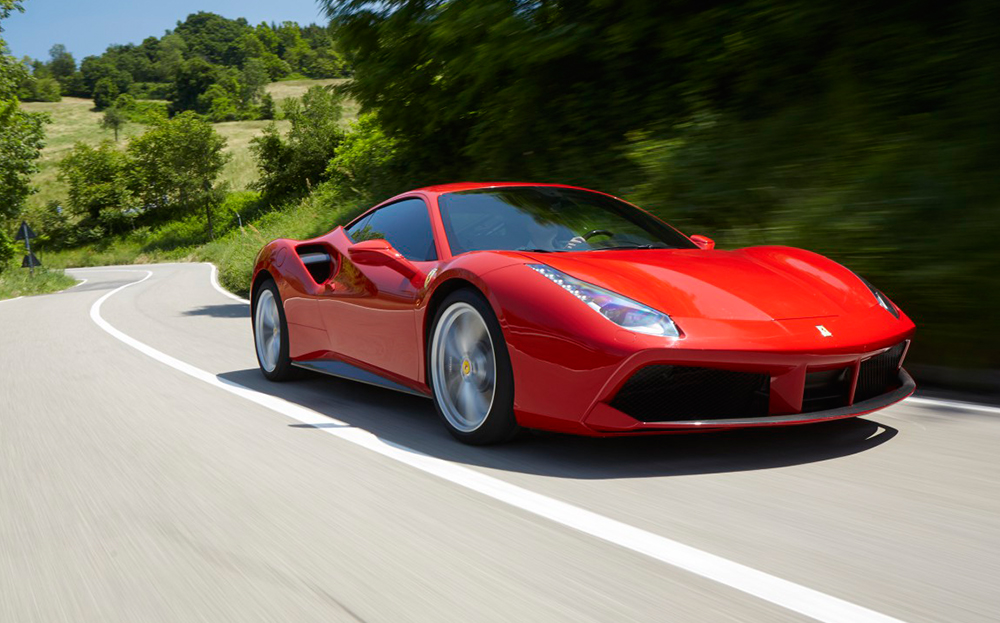 Here’s the conundrum. Every mid-engined V8 Ferrari in the type’s eight-car history, starting with the 308 GTB of 1975, has as a matter of policy been faster than the one before it, where “faster” means not just the Top Trumps headlines but the Fiorano lap time. Fast lap times rely on trick chassis dynamics above all else, but power is still the key.

Here we arrive at the real reasoning behind the “controversial” new twin-turbo V8. Sergio Marchionne, the new chairman of Ferrari, which will soon be spun off from its parent group, Fiat, says it is “absolutely” about emissions, since, unlike Lamborghini, for example, it will then have no small hatchbacks to balance the CO2 books.

But Amedeo Felisa, the chief executive and the engineer behind the latest Ferraris, says turbocharging was inevitable. Wringing more power out of the normally aspirated Ferrari V8 would have meant another increase in capacity (difficult because the pistons would become restrictively big), raising the rev limit (ditto because there’s a cap on how quickly all that stuff can fly about) or adding more cylinders (which makes the engine too big). Intelligent turbocharging is the answer.

Those of us of a certain age still regard turbos as a bit of a fraudulent quick-fix route to a rather crude and blunt form of performance, or as something fitted to a diesel. There’s no substitute for cubes, as US muscle-car enthusiasts would say.

But actually turbocharging is a substitute, because by force-feeding the engine with the vital elixir of combustion it does, in effect, become bigger. The old horror of turbo lag has been banished by digital electronic control, and the rather bovine belch of the wastegate, which we associate with “agri-yobs” in Subarus, has been disguised in the exhaust bark.

The result is an engine with about 100bhp more than a standard 458 Italia’s, despite a drop in capacity of almost 600cc. It’s also lighter, more compact and lower in the car. 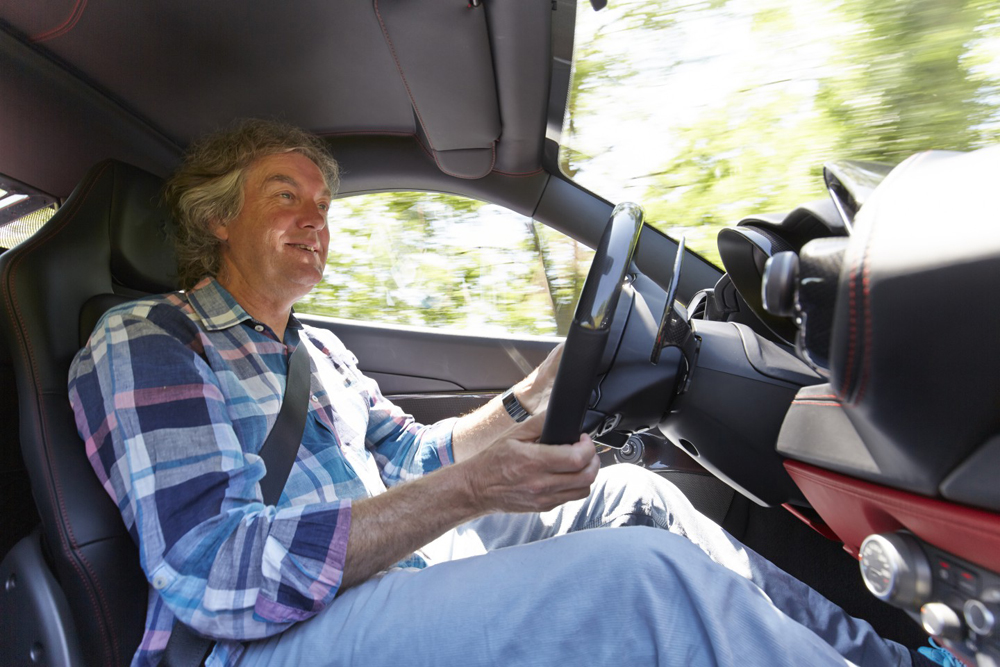 The downside is that when, aged 12, you climb off your Raleigh Chopper to gaze through the glass engine cover of the Ferrari you’ve just spotted at the side of the road, the motor looks a bit disappointing. There are no magnificent plenums atop the “V” any more and it looks a bit dwarfed by the engine bay. You can imagine old blokes saying, “Eeh, that’s nice and easy to work on,” like they do when they look under the bonnet of a Triumph Spitfire.

The shift to turbocharging is, as much as anything else, a cultural one and one Ferrari is clearly managing with some nervousness. Torque delivery is cleverly limited in the lower gears, for example, to prevent the impression of an on-off delivery. The exhaust note and the bark on the overrun has clearly been engineered to make the diehards happy. But there’s no disguising a fundamental difference between this blown motor and the old atmospheric one.

The old 458 engine held a hidden treat in the last few thousand of its revs range; a place where the unit came alive and that you dipped into as a guilty pleasure, like the jar with the garibaldis in it. It was here, in pure bangs-for-buck terms, that the engine was at its most efficient and devastating.

The turbo V8 looks a bit dwarfed by the engine bay. You can imagine old blokes saying, “Eeh, that’s nice and easy to work on,” like they do when they look under the bonnet of a Triumph Spitfire

This “treat” has disappeared with the turbo engine; either that, or it’s there all the time. At high revs a turbocharger is something of an issue, as it necessarily restricts the exhaust. Instead it’s doing its best work in the mid-range. Ferrari’s boffins can produce a graph — they can for most things, up to but excluding lunch — that shows how in a 488 I will actually be using full power more of the time than I would in a 458, but the experience is initially baffling.

In simple terms, you arrive at the red line before you’re expecting to because you haven’t had your garibaldi biscuit yet, and the gearchange lights on the steering wheel have become something of a necessity rather than the slight embarrassment they are on the 458. The 488 is so flexible and so debilitatingly quick, it almost feels like a car with Kers
(kinetic energy recovery system), which it is in a way, as the turbos are reclaiming energy that would otherwise be wasted as a pressure build-up in the exhaust.

I like it. The engine note has been orchestrated to remain amusing and gravelly, anointed with a hint of new-age turbine hiss. But if you listen with your internal fizz gland instead of your ears, the unit is revealed to be incredibly smooth. It feels modern and progressive. “The old order changeth, yielding place to new,” as Alfred Tennyson said in Idylls of the King. Arthur is dead! He had trouble breathing. 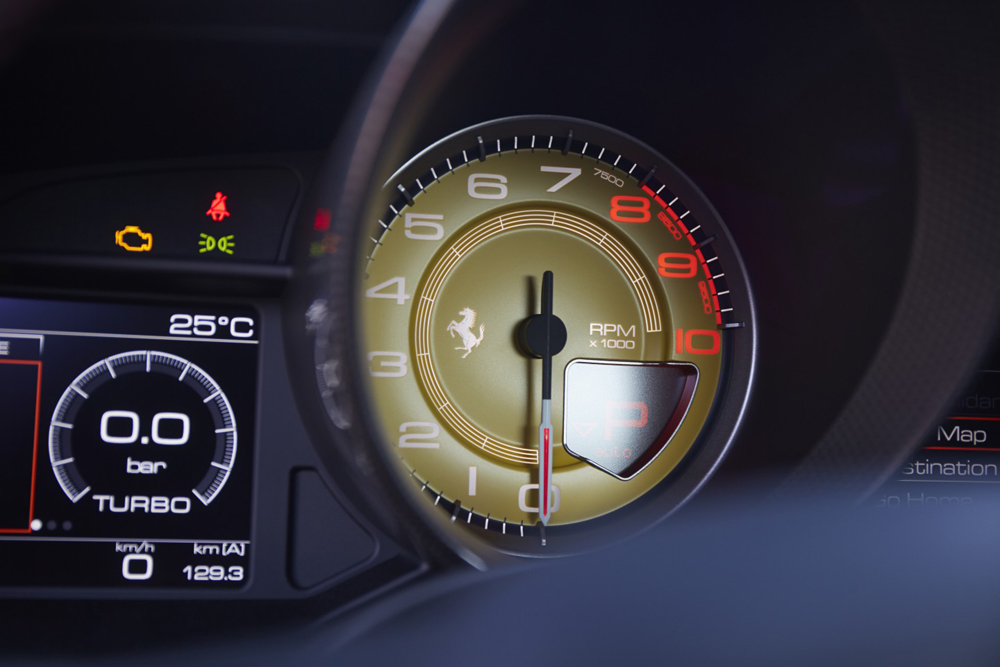 Given that I declined an early place in the 488 order book in favour of a late 458 Speciale I’m also slightly alarmed to realise how much I like the look of the 488. Where the 458 is pretty and quite feminine, the 488 is more square-jawed and handsome. You can sense the “constant fight” the stylist has had with the aerodynamicists, but it’s all been resolved nicely. All, that is, except the monstrous carbuncle (© Prince of Wales) of that door handle.

What were they thinking there? Allegedly, its shape helps direct air into the rear intakes, but I can almost imagine the design team setting off for the Ristorante Cavallino in Maranello and one of its members saying, “Santo cielo, we’ve forgotten a door handle. Someone go and slap something on, quickly.” It does say something, though, that the airflow is now such an issue that the door handle mustn’t just stay out of its way but has to get involved.

Other points worthy of note: the air-conditioning is slightly feeble, in the best Ferrari tradition; the ride is still surprisingly good for such a potent car; and the driver’s-side window switch doesn’t come off in your hand, as it does in my current 458, at inconvenient moments. Not that there’s ever a convenient moment for a window switch to fall off.

The sat nav, still displayed in a small screen on the right of the binnacle, is now more intelligible than Ferrari’s last effort, but that’s a bit like saying you’ve moved to the nice part of Hammersmith.

But the important question, of course, is this: was I wrong to choose the Speciale when I could have had this new departure for Maranello?

It’s tempting to say yes, I was wrong. Not only is the 488 absolutely fantastic, there’s a strong case for embracing the world the way it is and not becoming a stuckist. I don’t see the advent of the turbocharged Ferrari as the end of something great, it’s only what Winston Churchill would have called the end of the beginning. 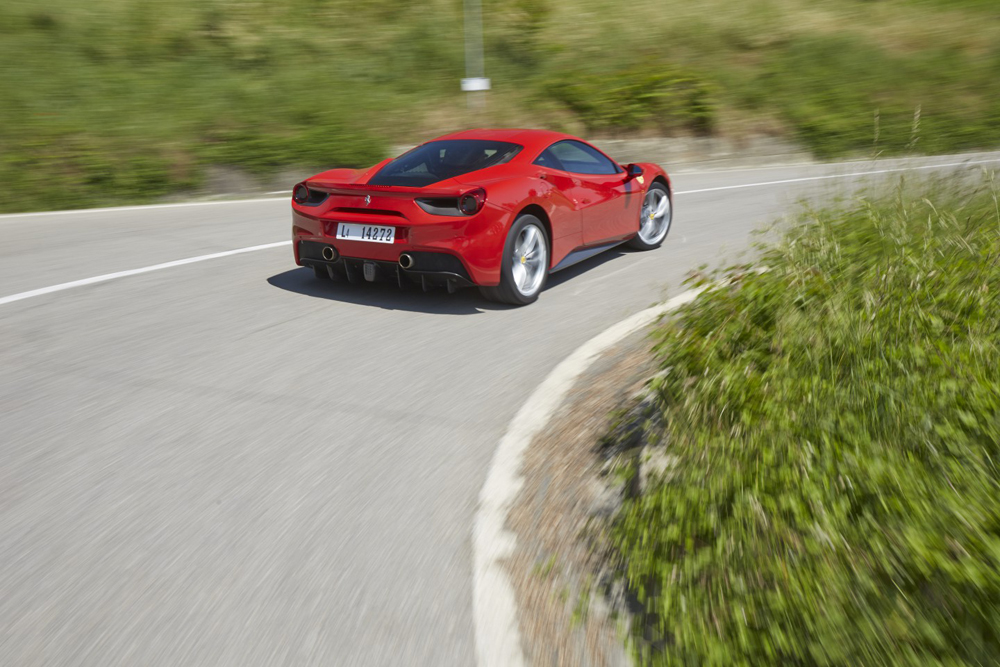 Apart from anything else, a quick poke around the factory reveals that the slackers at Ferrari haven’t even started building my car, despite their insistence a few months ago that I fly out immediately to specify it before it was too late. So I could change my mind.

I won’t, though. They are both things of knee-trembling loveliness. Each has a distinct and intoxicating character. The issue of “Have I bought the wrong V8 Ferrari?” does not resonate like the same question applied to a pension annuity or even a 12-month mobile phone contract. Neither is, as my mother would say, entirely necessary.

Be in no doubt, though, that the 488 GTB aces the 458 on outright ability. Be in no doubt also that there’s no George Medal for heroism awaiting you in either.

Read more REVIEWS or search NEW or USED cars for sale on driving.co.uk

The world according to May 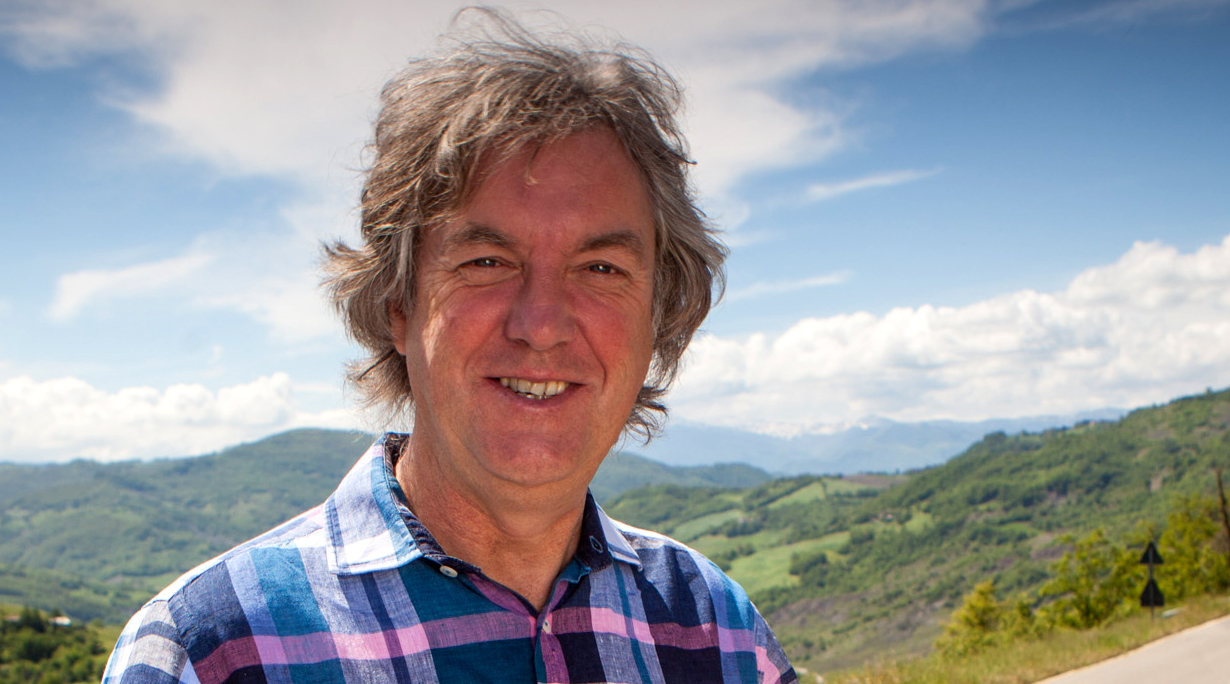 On the Hyundai Accent 1.5 diesel